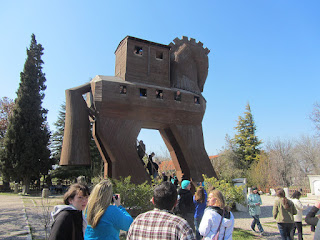 Today we started quite early so that we could get on our buses and get out of Istanbul before the traffic picked up too much.  We then had a LONG drive from Istanbul through European Turkey in what was known anciently and today as Thrace.  As we drove through rich farm lands and rolling hills, I thought of what a large country Turkey really is: on the map this seems like a tiny corner of the country, but it took us almost five hours to drive through Thrace and down the Gallipoli peninsula to the ferry crossing at Gelibolu so that we could head to the site of ancient Troy.


Here, at least, are the video highlights: 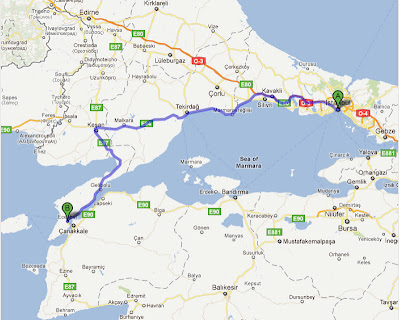 As we drove down the Gallipoli peninsula, I could not help but think of the bloody, prolonged battles that were fought here during World War I as the Allies (in this case largely represented by Australians and New Zelanders) tried to seize this strategic peninsula in an effort to gain control of the Dardanelles, capture Constantinople, and knock Ottoman Turkey out of the war.  Though we did not have time to stop at any of the memorials this trip, I visited ANZAC Beach during my visit in 2010 and filmed this video clip.

The ferry ride turned out to be another fun experience for the students, even though the weather was quite cold. 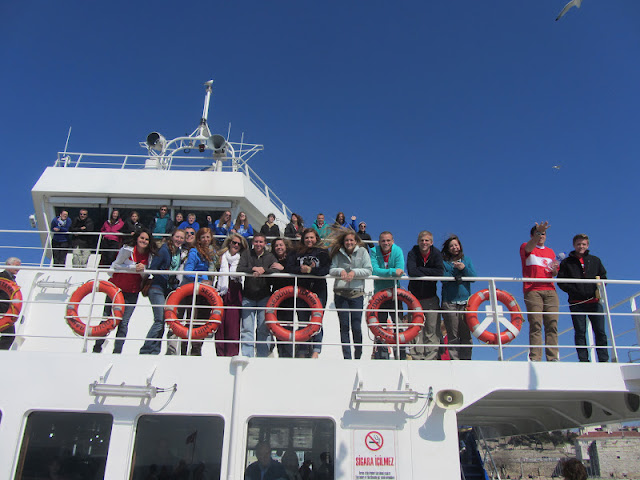 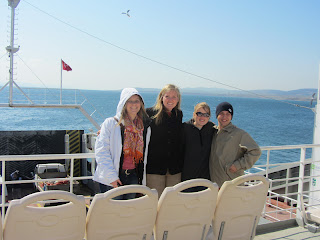 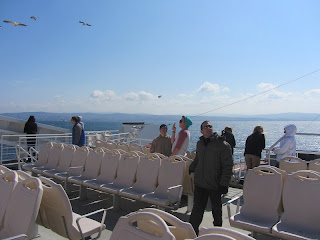 What can one say about Troy?  For centuries it was known best from Homer’s epic the Iliad, which spoke of a short 13 or so days of the legendary ten year war that the Greeks fought against the fabled city. In fact, the site itself was largely forgotten until the German adventurer Heinrich Schliemann discovered it in a not very scientific excavation.  Some of the events of the Trojan War, like the Trojan Horse, are actually known from other literary accounts and not Homer.  Of course no archaeological evidence of such a horse exists, but a large one has been constructed at the front of the site for fun . . . and our students had fun there!

Like so many of other tells, or archaeological mounds, a number of habitation levels have been uncovered at Troy, beginning at the early Bronze Age, through the late Bronze Age (when the historical Trojan War would have happened, up to and including Hellenistic and then Roman cities on the site. 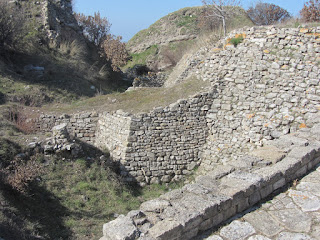 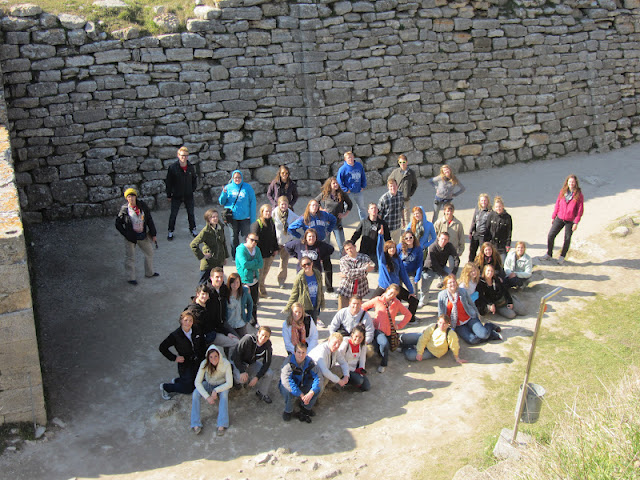 We made much better time than we expected today, so we arrived at our hotel in the small town of Güzelyah much earlier than expected.  Our hotel, the Ida Kale Resort, is right on the beach.  While it was too bad it was too cold to swim, the students enjoyed spending time on the beach, looking at the mouth of the Dardanelles and across into the Aegean Sea. 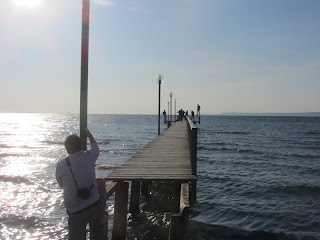 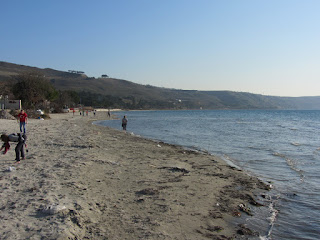