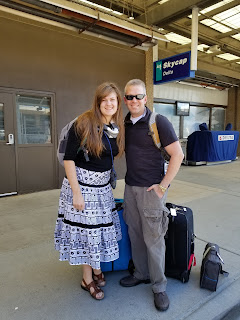 2017's Holy Land adventure started with Elaine dropping my and Rachel off at the Salt Lake City International Airport early Saturday morning, April 28. We had a long trek ahead of us: three flights, two 4-plus hour layovers, and 24 hours and 12 minutes of total flying time. 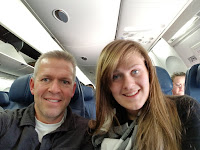 I occupied myself in airports constructing the academic half of the field work class for the Babylon to Berlin Study Abroad I am leading to Europe Jun 4-24. Even assembled artifact lists for two of the museums and published them as google docs so the students could start picking topics for their reports. 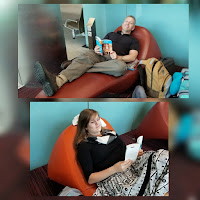 Oh, and in Paris we relaxed a bit, courtesy of some funky, form-fitting lounges in the Charles de Gaulle. Actually used some of that "rest" time for some discreet, internal worship, since it was Sunday and we were missing services and the Lord's Supper. But the rest of that part of the layover, yeah, I slept.

In Paris I met a longtime friend, Gayle Tingey, and her traveling companion, Mary Fletcher. When we disembarked in Amman, several other people who looked and acted suspiciously like us started to gather round, and before we knew it we had assembled the "advance group" of our Jordan tour (more will be arriving tomorrow).

We were shuttled to our hotel, snagged some buffet for dinner (real hummus!) as the restaurant was closing the operation down, and staggered to our rooms at an 11:00 that felt like 4:30 in the morning. 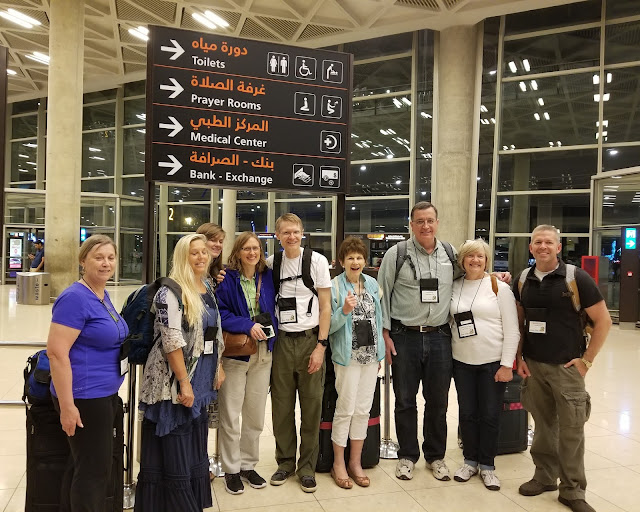 But our trip in earnest starts tomorrow as we take some time to see the museums and ancient sites here in Amman.
Posted by Eric D. Huntsman at 3:10 PM No comments: 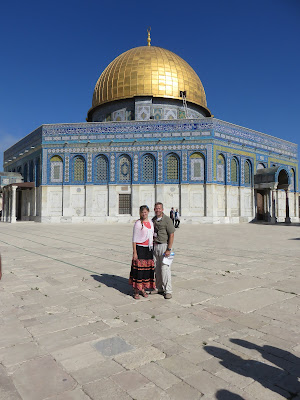 Rachel and I are heading back to the Holy Land next week! We will be in arriving in Amman on April 30 for 4 days in Jordan before taking a Cruise Lady group for 8 more days in Israel and Palestine. We're staying several days after that so I can do some research and so that we can see some friends. So stay posted for a series of new blog posts!
Posted by Eric D. Huntsman at 10:22 AM No comments: