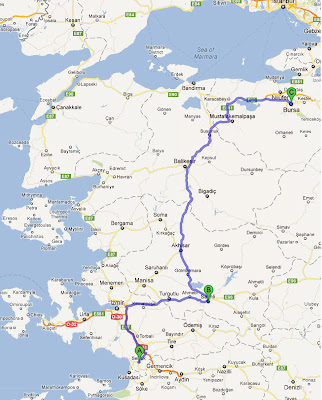 Today consisted of three short site visits and a LOT of driving.  We left our hotel at 7:30 and drove to Sart, the modern village in and around the site of ancient Sardis (this is a city that we did NOT go to last semester).  Sardis began its known history as the capital of the Anatolian kingdom of Lydia, which dominated western Turkey in the archaic period. It had close relations with the Greek cities on the coast, until it and they became part of the Persian Empire.  Later, after Alexander the Great conquered Persia, it became rapidly Hellenized and was henceforth a Greek city.  Part of various Hellenistic Kingdoms and then the Roman Empire, Sardis had a bishopric in the Byzantine period until it declined in the seventh century A.D. 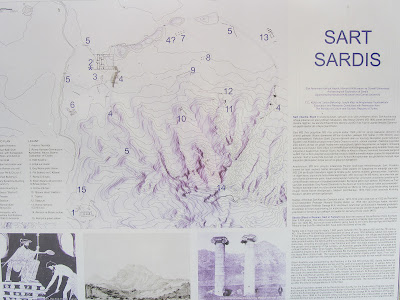 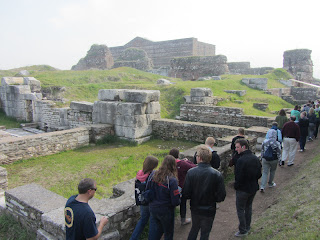 We started our visit to the site by visiting the surprisingly large Jewish synagogue, which just as surprisingly was just adjacent to the Greek gymnasium.  Historical records tell us that the Seleucids, the Hellenistic dynasty that controlled the area for much of that period, settled many Jews as mercenaries in western Anatolia.  That may have provided the core for this large and vital Diaspora community.  The fact that their synagogue was right next to the gymnasium suggests a lot about both their acceptance in the community AND their own level of acculturation. 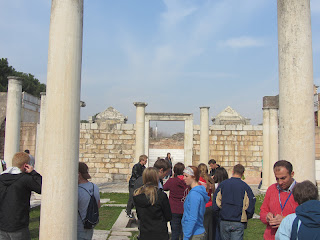 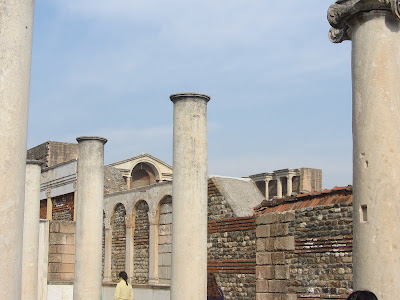 As a result, we used the synagogue as the site of our devotional, which was based on Revelation 3:1–6.  In that the passage, the Lord rebukes the early Christian church in Sardis for seeming alive but really being dead.  Unlike the church in Pergamum, which was faltering because of external pressure and persecution, the church in Sardis may have been spiritually dead more because of cultural accomodation.  Perhaps like the Jewish community they were heavily involved with “the world,” as represented by the gymnasium.  This gave us a chance to talk about our own discipleship and how we can better be a true “and living” church body.


We then went into the remains of the massive Greek gymnasium.  From the word gymnos, to exercise (naked, as the Greek custom was at the time), the gymnasium was more than an athletic center.  Schools were held here, philosophers led discussions here, and it was a cultural center in many, many ways.  As the video highlights clip showed, we have several former wrestlers in our group, who showed their stuff on the field where the ancient palaestra, or wrestling grounds, were.  We got the obligatory group picture of course and then ran a few races for fun. 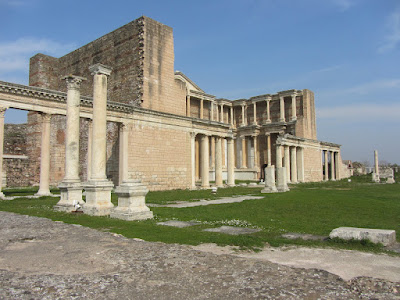 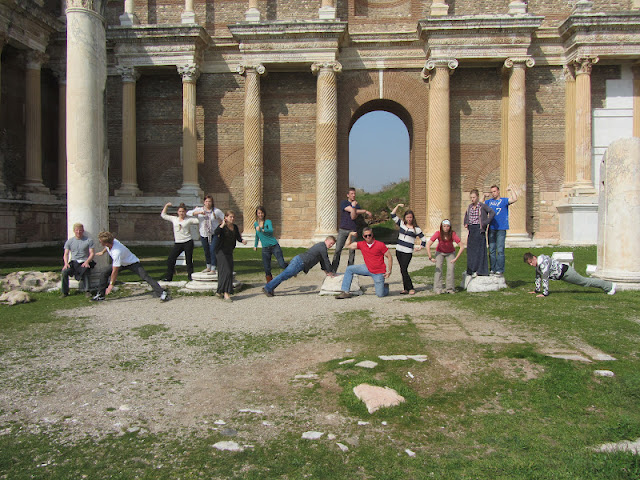 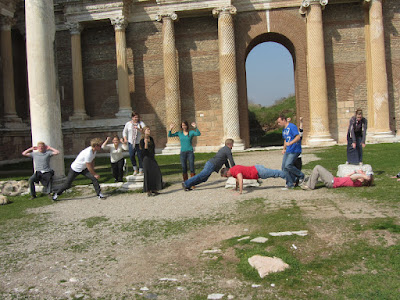 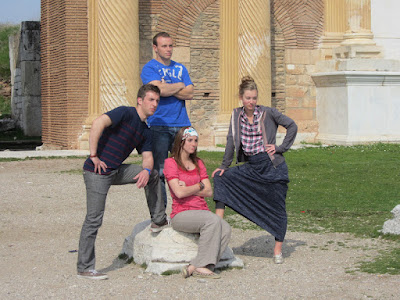 We then got back on the bus to drive to the other side of the site, quite a way off actually, to walk around through the ruins of the great temple of Artemis that was begun in the Hellenistic period and never quite finished. 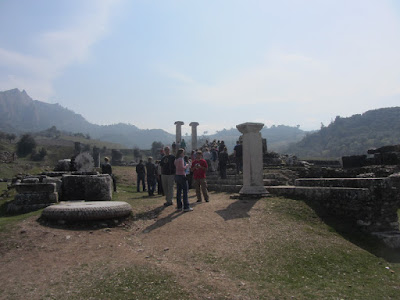 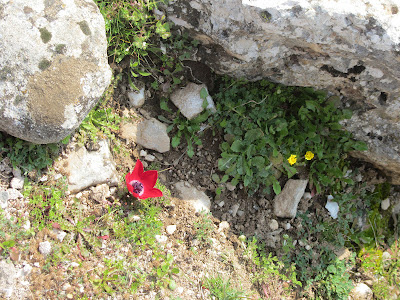 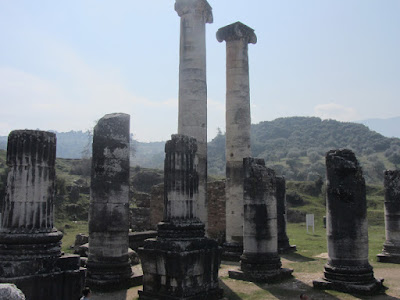 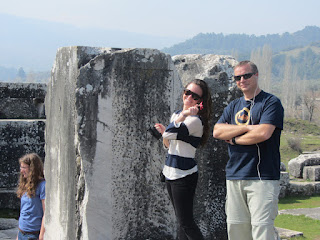 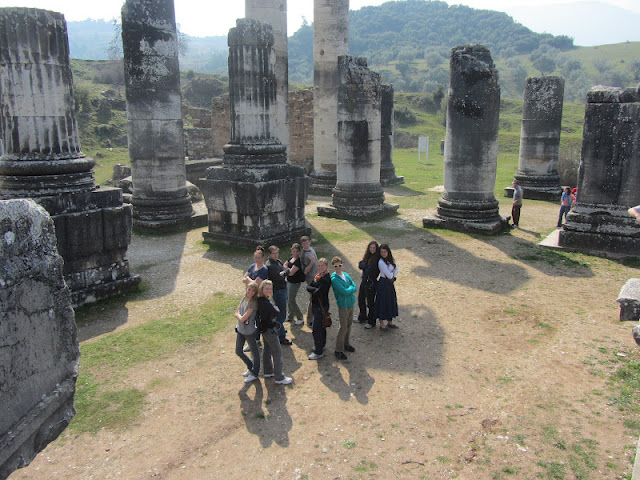 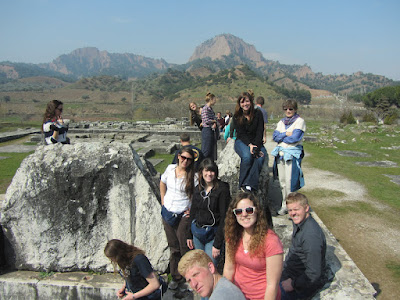 A couple of hour bus ride got us to the modern Turkish town of Akhisar, which is built around ancient Thyatira, another of the seven churches of Asia mentioned in Revelation.  While the church in John’s time consisted of a small band of Christians who probably just met in each other’s houses, in the Byzantine period there was a basilica here, whose ruins lie in the middle of the modern town. 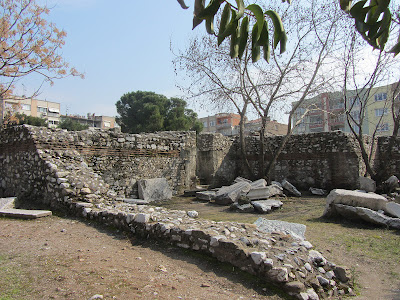 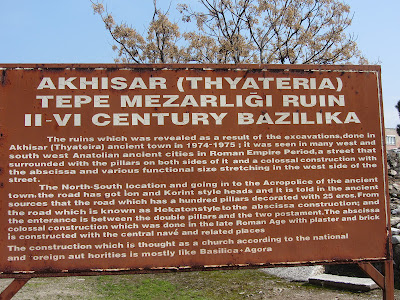 After that we rode for several hours to Bursa, an important modern city in northeastern Turkey that was also the first capital of the Ottoman Empire, before its sultans took Constantinople.  I have delayed today’s highlights video to this point, because a big chunk of it towards the end reveals the madness that sometimes overtakes us on thiese long bus rides: Party Bus!

We got into Bursa after the sun had set, but because of a tight schedule tomorrow, we went ahead and visited the city’s Grand Mosque and silk market tonight before heading to our hotel. 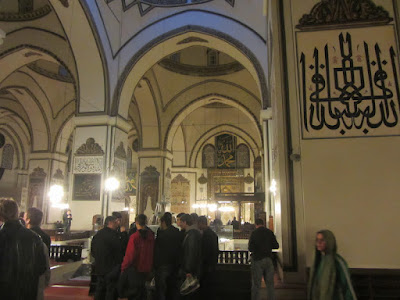 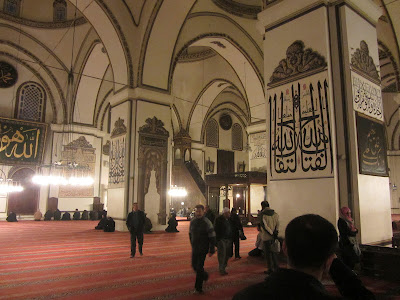 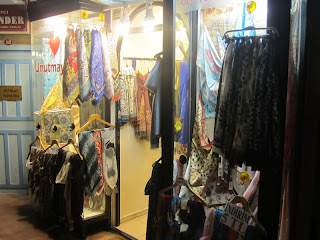