Galilee Day 3: `En Gev, Our Home Away from Home

For most of our time in Galilee, we only keep one bus with us.  That means that our classes need to alternate our field trips.  On the second day, while my class was doing its Sea of Galilee Field Trip (the boat ride followed by sites around the lake such as Capernaum and the Mount of Beatitudes), Steve Harper's groups stayed here at `En Gev and had class.  Then today my class stayed here while Steve's class did the Sea of Galilee trip. 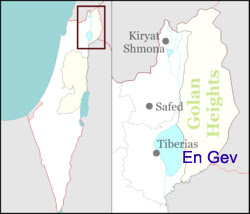 `En Gev literally means "cistern spring" (sometimes it is spelled Ein Gev, but the i there is actually the Hebrew yod which is just lengthening the understood tsere or "e" sound in the construct state . . . it should also start with a reverse apostrophe to stand for the silent ayin . . . was that too much information?).  `En Gev is a kibbutz that was founded in 1937, in the middle of the 1936-1937 Arab Revolt against the British Mandate.  It is on the east coast of the Sea of Galilee, directly opposite the city of Tiberias.  It survived the Arab Revolt and then difficult battles in the 1948 Israeli War of Independence.  From that time until 1967, it was under constant threat of bombardment and sniper fire from Syrian forces located on the Golan Heights above it.

The kibbutz was originally an agricultural settlement, and it has banana groves as well as raising cattle. It has adapted in the last few decades, however, and now also has several commercial enterprises to help support it, including a fish restaurant and a boating service (which provides our Galilee boat ride).  But perhaps its biggest money maker is its "holiday village," a hotel consisting of bungalow on the shore of the Sea of Galilee.  For a couple decades now, BYU has contracted with `En Gev to relocate our program here during our Galilee rotation.  Faculty and students stay in the bungalows, we eat in the dining hall, and we have classrooms in the basement of the main building. 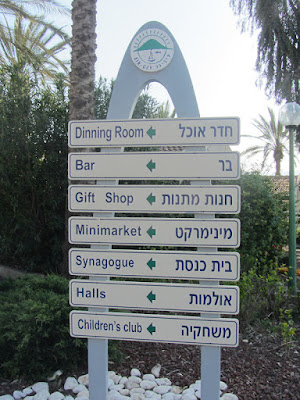 So Day 3 for my group consisted of three hours of New Testament class, from 8-10 and 12-1.  The alternating days of intense course work interspersed with field trips on the sites we have been reading about is the genius of our Galilee rotation. 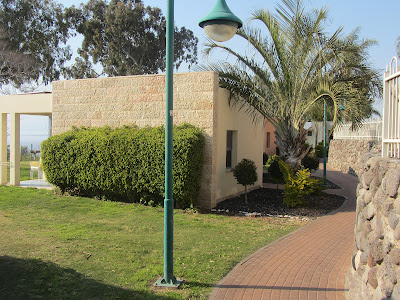 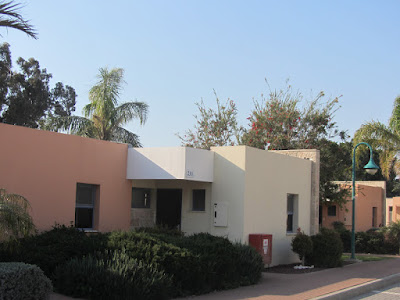 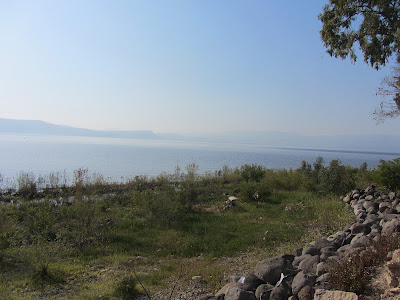 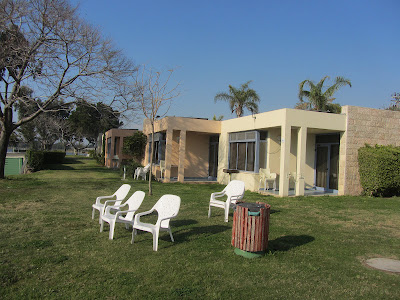