Students arrived . . . well, most of them


Students are the lifeblood of the BYU Jerusalem Center.  While it is a beautiful facility and a wonderful place to be, the other families and we have remarked the past few days that it has been like living in a museum the past week.  So we were excited when it came time to drive to Tel Aviv to pick up two groups of students.

Well, we ended up picking up one group of students, only 30 our of 82.  That is because the second group suffered a cancelled flight from Phoenix to Philadelphia that kept them from making their flight to Israel.  Getting 52 people (the 82nd student is the son of faculty member Jared Ludlow and was already here with is family) on another flight just does not happen, so they are going to be coming in small groups on different flights over the course of the next few days.

This is wrecking havoc with our schedule, but an emergency faculty meeting adjusted the schedule with its associated classes and field trips.  Now we just need to go in shifts to the airport to pick up the new students and fit in their various orientations, including the famed orientation walk.

Still, having just a part of our student cohort here has made the center come alive.  We ate dinner with them this evening and each met with our classes for just a half an hour.  Tomorrow we will take those who are here on their walk through and around the Old City.  They seem like great young people and all seem exited to be here. 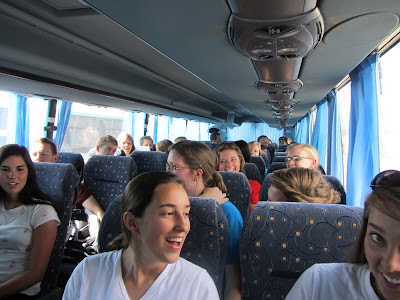 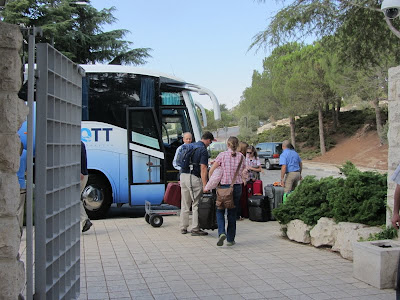 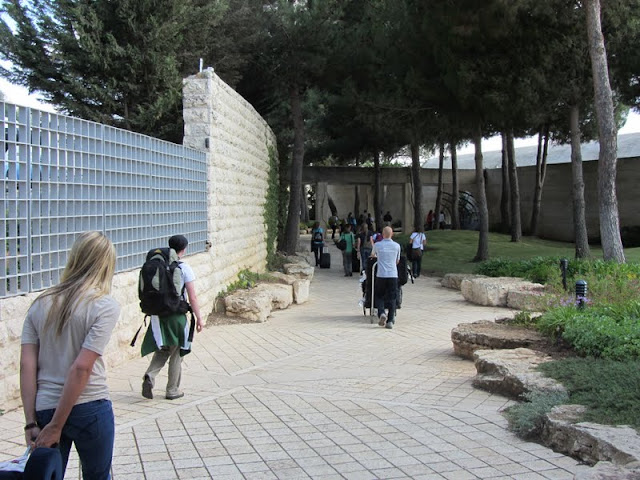 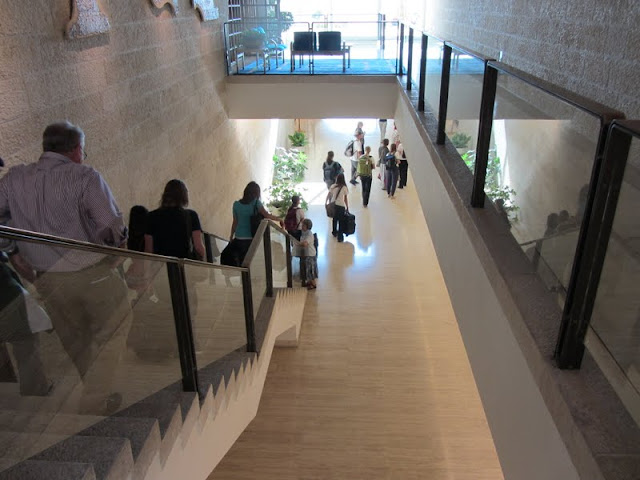 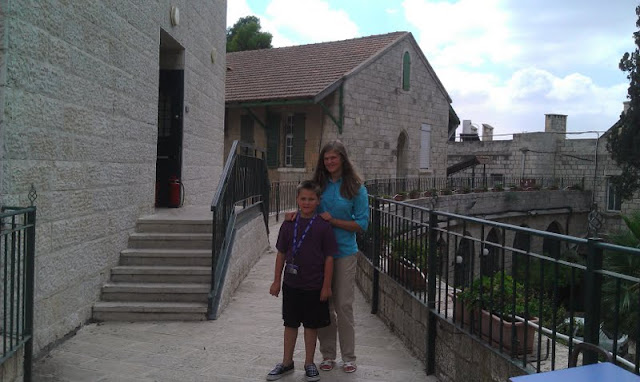 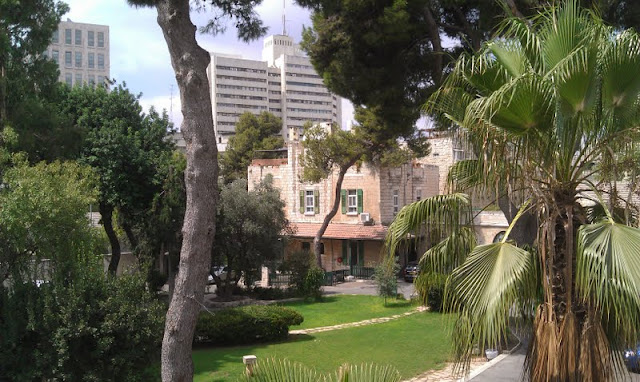 Rachel's Page is up and running

See Jerusalem from the perspective of a Utah high school sophomore at Rachel's Page.
Posted by Eric D. Huntsman at 2:35 PM No comments:

Day before the Students Arrive

Tuesday, August 30.  The students arrive tomorrow, so much of today was devoted to getting ready for our first out-of-center activities with them when they arrive, an orientation walk around the Old City and parts of West Jerusalem their first morning here and a field trip a few days later to various overlook sites around the city.

For our orientation walk, we like to break the students into as small of groups as we can, so we use the faculty, the service couples assigned to the center, and sometimes the faculty wives.  Elaine can hardly walk up all the stairs in the center let alone walk all around the city.  It is official: the center doctor says that she has walking pneumonia, so she her activities with the family and in the household, let alone with the students, will be limited for another week.  So instead Rachel came with me - she will not be leading her own group, this time (let's see about winter semester!), but it was fun for her to go with me and get out of the center and SEE the real city.

We started by walking out the lower gate of the center and walking down along the north side of the Old City, passing St. Stephen's and Herod's Gates.  Before going into the Old City, we went up Salah e-Din Street, the main street of East Jerusalem.  After seeing the post office, the money changers, and the American Consulate for East Jerusalem (the U.S., like most countries, does not recognize the reunification of the city by the Israelis in 1967 and so maintains diplomatic missions in both sides of the city and its embassy in Tel Aviv), we came back down to the Damascus Gate.


Damascus Gate is perhaps is the busy and interesting main entrance to the Old City. The current city walls, which date to 1538, follow the course of the Roman city of Aelia Capitolina that the emperor Hadrian built on the site of Jerusalem after the Second Jewish Revolt.  The original Jewish city was considerable farther south than the Roman, Medieval, Turkish, or current Old City.  Under the Damascus gate are traces and foundations from the much earlier Roman gate. 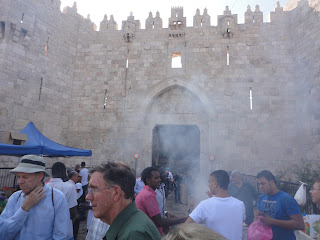 Our orientation walk will take students through the Muslim Quarter to the Austrian Hospice, from the roof of which on has wonderful views of the Old City in each direction.  We then went into the Christian Quarter, the most important site of which is the Church of the Holy Sepulchre, which has been venerated since the fourth century as the scene of Jesus' crucifixion and resurrection.


Our walk emerges from the Old City through the Jaffa Gate, which opens into West Jerusalem, the Jewish side of the city that has a completely different feel.

Later in the day my teaching colleagues and I went on a pre-trip of our Jerusalem Overlook Field Trip.  It takes students to sites such as the Augusta Victoria Hospital and the Five Arches Hotel on the Mount of Olives, St Peter's Gallicantu below the Old City, and an overlook at a monastery called Mar Elias that has views of both Jerusalem and Bethlehem. 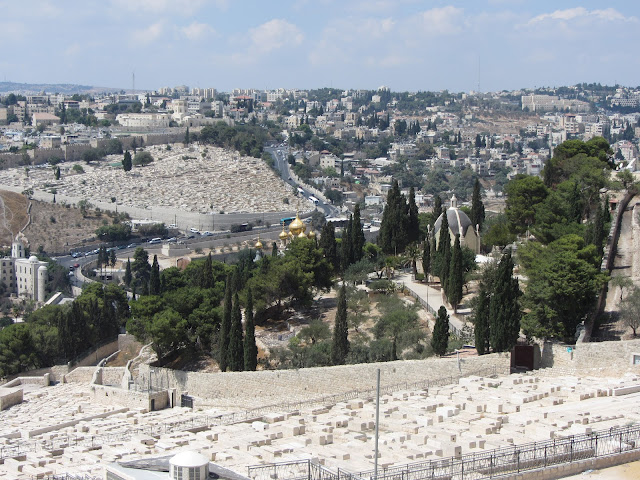 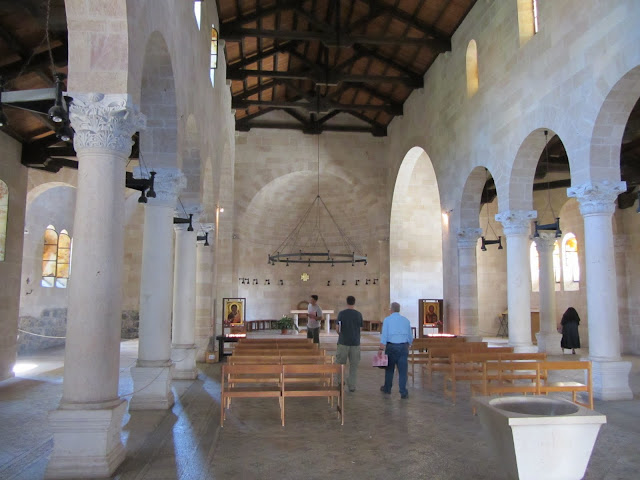