August 24-29. My dad gave me this page so my friends and everyone could see how our trip is from my point of view.  Unfortunately though, I’m not planning on giving you the detailed historical information about where I am or of the pictures I will be posting. Fortunately, my dad is great at that (he does teach the Old and New Testament for a living, aka, how we get to go to Israel), and you can expect to find that info on the main part of this blog.

We had to take two planes to get here, one from Salt Lake to Atlanta, the second from Atlanta to Tel Aviv.  The second plane ride was long, over 11 hours up in the air.  Once we landed, some people were so happy that they clapped.  In the airport, what was the most different was when English was the second or sometimes third language listed.  It finally hit me that we were in a foreign country as we were being driven to the Jerusalem Center, or as it is called there the ‘Mormon University’, from Tel Aviv.  The roads were so different, especially when I couldn’t understand the store names and writing on the cars.
We got to the Center Safely, and at least I went to sleep.  The next day consisted of waiting, unpacking my room, and waiting.  While my parents were in meetings all day, I unpacked my suitcases and decorated my room some.  After the meetings, my parents went to go grocery shopping with everyone else so they could figure out how these stores work.  When they got home, we had our first similar meal, well, my mom figured how to make poached eggs on toast, without a toaster and a slow heating pan, it worked out well, but in my opinion, this meal worked better.  For lunch that day and dinner the day before, we had peanut butter sandwiches with chocolate milk.  The bread tastes strange, but we’ll get used to it.
I was finally able to reach someone on Skype and it made me feel like I was still connected to the world.  It was the best feeling on earth, because I had started to feel lonely and I wanted just to talk to someone my age.

For some reason we have our Sabbath in Israel on Saturday, I'm still not completely sure why though, but it was a good first Sabbath.  We had Sacrament Meeting in the auditorium in the Center where the view led straight into the Old City; it was hard sometimes not to get distracted.

Sunday School (or as it should probably be called 'Sabbath School') was all the kids from the ages 12 and up in one class for that day.  The teacher said it was the biggest class he had taught here yet.  Young Women's consisted of singing songs in primary because the Young Women's president needed to play the piano for primary, then we watching three kids in nursery.

All I remember after church was taking a three hour nap (not recommended when you are jet-lagged) and eating a Sabbath meal similar to home, but then we ventured out for the first time into the city which we had been living in for a good 2 1/2 days.  We wanted to go see the Garden of Gethsemane and we got there, but not without struggles, Sam decided that he wanted to go back to our apartment when we were only about the equivalent of about one block from our destination.

The place that we had tried to go was closed, and the Garden right next to it was overly full, so we just looked into the closed gate just to see what the Garden of Gethsemane might have looked like.  And a bright orange cat was sitting on a stump; I thought it was hilarious. 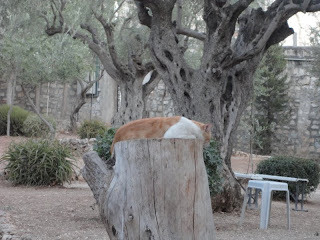 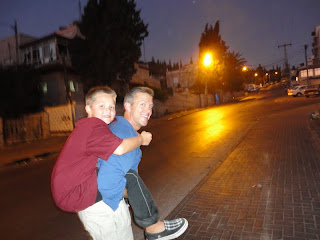 I almost felt like we were racing home, on account that we were supposed to be home by dark, and the sun had just set, worse still was that Sam decided that he didn't want to walk anymore, Dad eventually had to carry Sam up to the Jerusalem Center on piggy back.  We got back on time.

I have not much to say about the next two days that followed, I basically stayed in the Center the whole time, so all that can be said is that I discovered that pita is very, very good.

August 30.  I finally saw it, the Old City.  I had been waiting for it for two years, since we had first heard that we might be going here.  My dad, other faculty and some of their spouses, the service couples and I were walking the 'Orientation Walk' so that they could lead the students on one on Thursday, since they get here tomorrow.  I wanted to finally get out of the apartment, I had only been outside once before as you can read from above.  We walked around  a part of East Jerusalem so we could show the students where the Money Changers are, Post office, ect.
We walked outside the Old City until we got to Damascus Gate, then we entered the Muslim Quarter.

We were able to walk up to the roof top or the Austrian Hospice to get a good look of the Old City.  We continued into the Christian Quarter where we were able to stop in the Church of Saint John the Baptist, something the students will not be stopping to do during their Orientation.  As we walked out of Joffa Gate into West Jerusalem, you could feel how much the environment changed, it felt much more modern.  Things were still all made out of limestone and the signs were still in another language, but yes, much more modern.


We walked to a street called Ben Yehuda, a walking street that was full of shops and people playing music, very fun street, later we were picked up in a van to head back to the Jerusalem Center.

Right after that, we had our first experience driving just the four of us, my dad drove and we got lost a couple times.  The rest of the day was pretty laid back, I slept, yet again.

November 9-13 All right, this is not Rachel . . . it is her Dad doing the unforgivable and posting on her page. Hopefully she will come in later and actually right about this trip on her own, but I  am taking the laptop to Galilee for two weeks, and I just wanted to make sure that a lot of her pictures from her fabulous trip to Paris were posted. 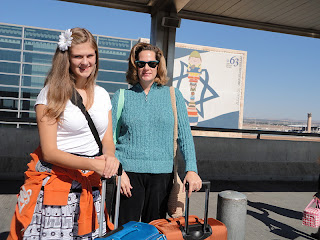 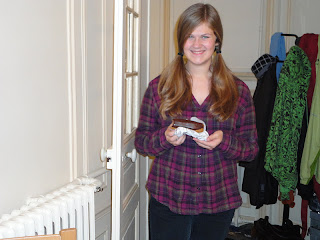 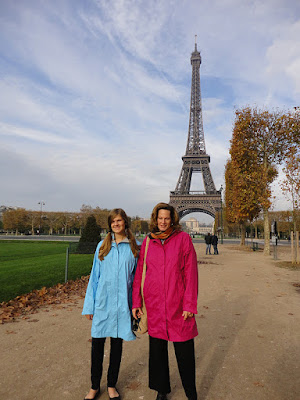 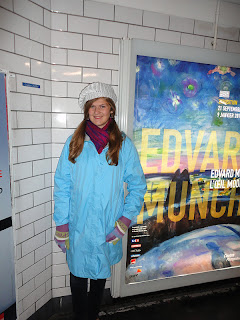 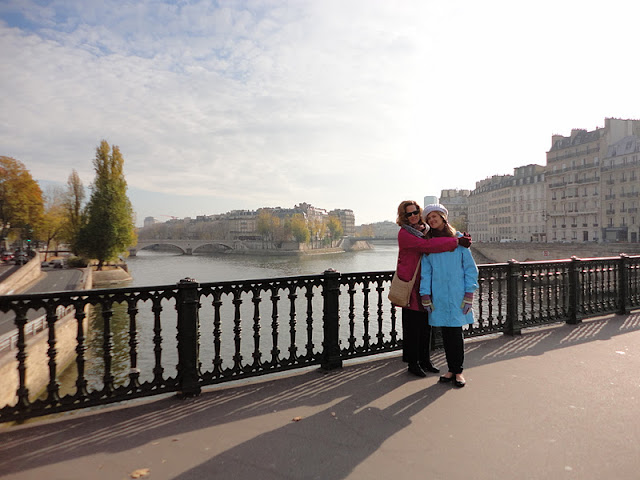 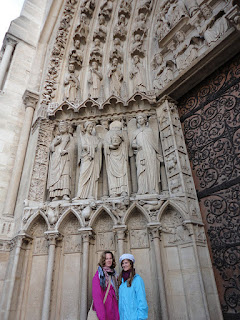 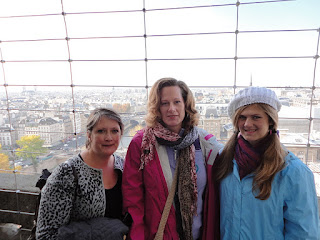 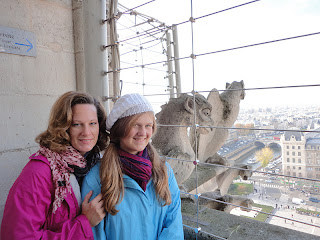 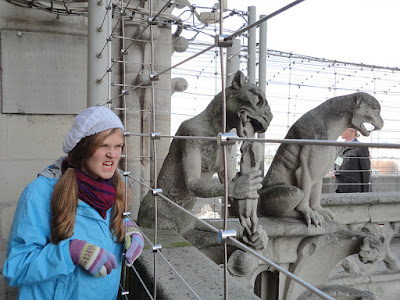 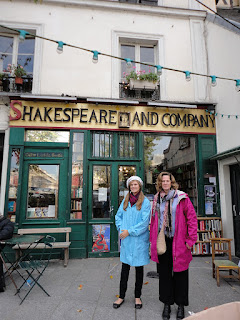 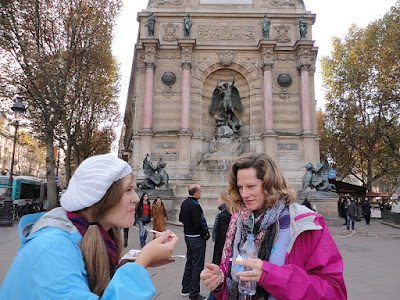 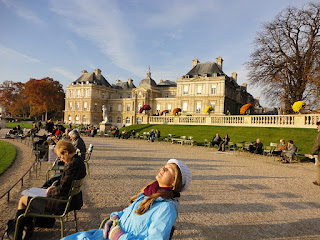 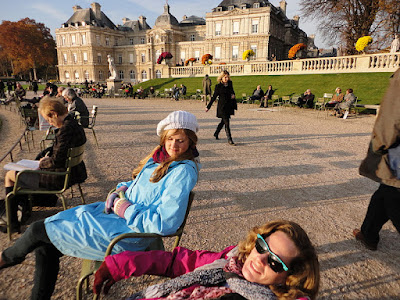 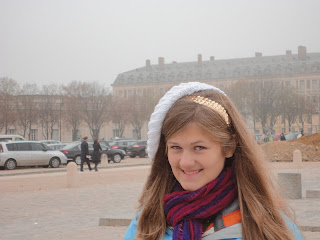 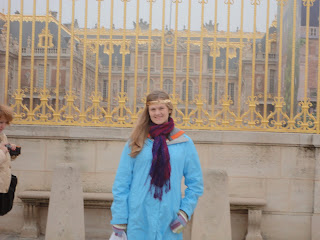 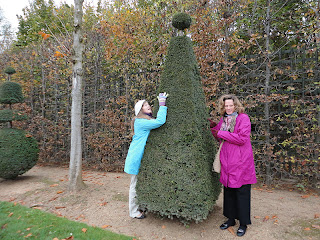 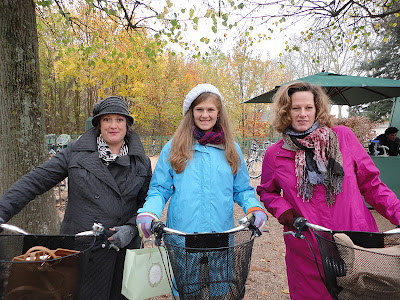 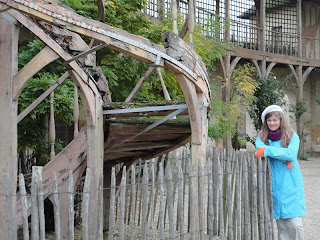 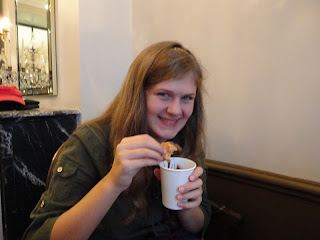 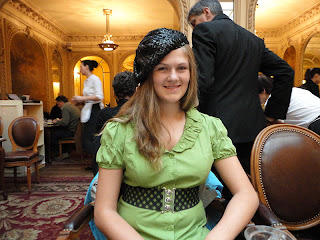 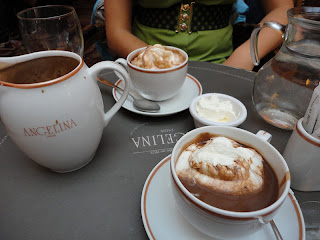 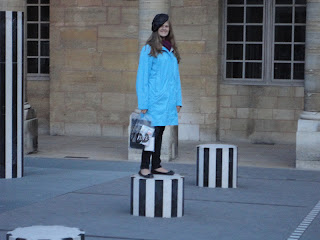 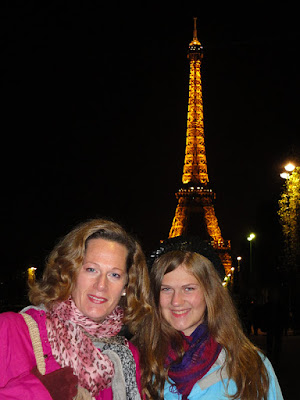 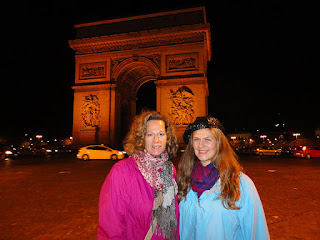 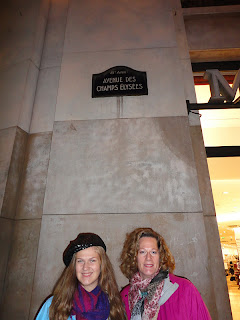 And now . . . at last Rachel's own blog: Rachel's Hunt for Happiness, which features her own recap of this year's adventures in the Holy Land.