About half of my Jordan group continued on with me for the Israel/Palestine portion of our tour, and we were joined by twenty-four new arrivals, so we pulled out of the hotel in Tel Aviv this morning with fifty-six. Paul Jennings (my roommate) offered the devotional, using the conversion of St. Paul to talk about discipleship and coming to know the the Lord and then read the passage in 3 Nephi 5:13, that begins, "I am a disciple of Jesus Christ . . ." We then sang "I Believe in Christ."

As we drove to our first site, Caesarea Maritima, up the coast, we talked about some of the events that had happened in Jaffa just south of Tel Aviv, the ill-dated trip of Jonah and especially the vision of Peter regarding the Gentiles from Acts 10:9-18. After that vision, Peter was summoned to Caesarea, which was then the capital of the Roman province of Judea. There he preached to, converted, and baptized the centurion Cornelius and his household (Acts 10:24-48).

Our local guide, Salah Siyam, could not join us until part way through the day, so a colleague, Tarik, assisted me in leading the group through Caesarea. It was built by Herod the Great as the main port of his kingdom, which was a client state of the Romans at the time. He built it as a great Greek and Roman-style city where he could enjoy "Gentile" culture when he wanted to get away from the Jewish strictures of Jerusalem. After serving as the Roman capital after the death of Herod and the deposition of his son, Herod Archealus, it later became the capital of the "Byzantine," or Greek-speaking, Christian, late Roman Judea. Later it was captured by the Arabs, held by the Crusaders, and destroyed by the Mamluks. 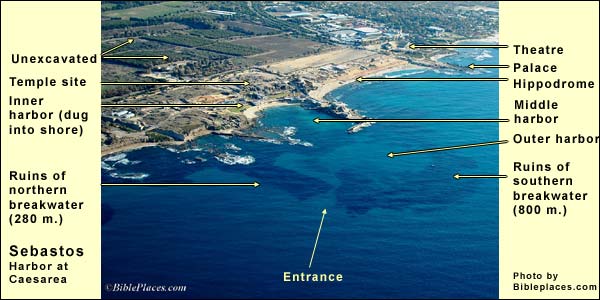 Much of this history was reviewed in a video presentation that our group sat through after Tarik and I took them to the Roman theater, where a grandson of Herod the Great, Agrippa II, had been struck dead by the Lord (see Acts 12:20-23). 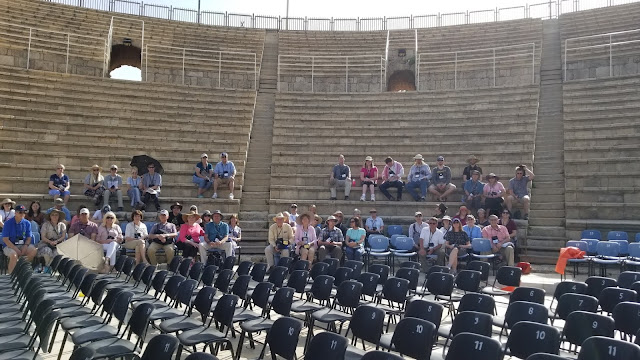 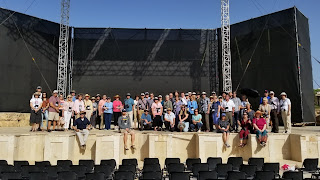 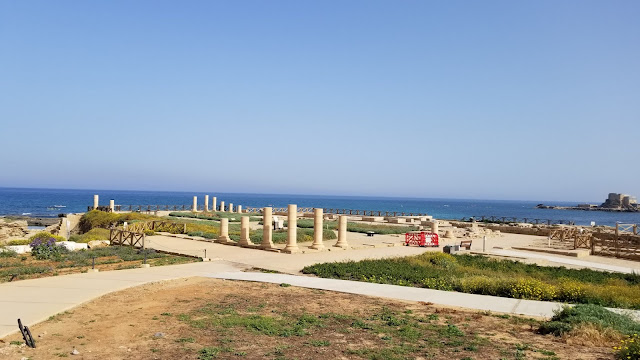 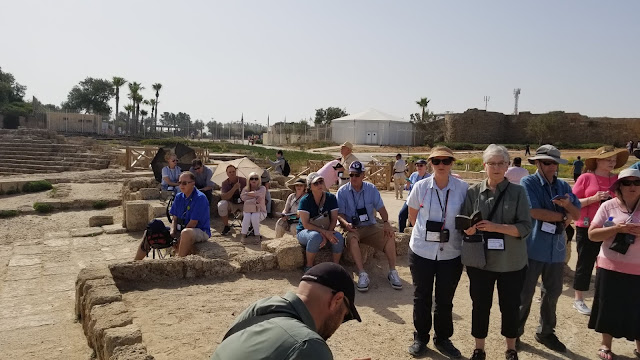 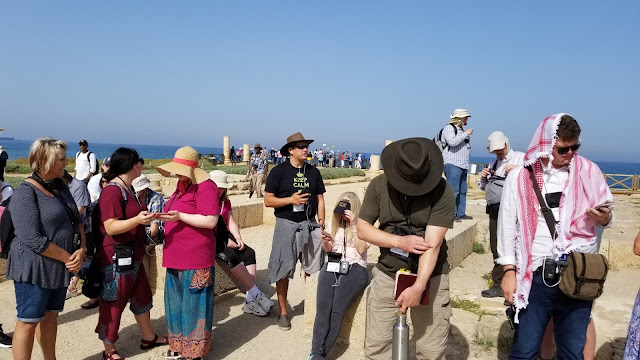 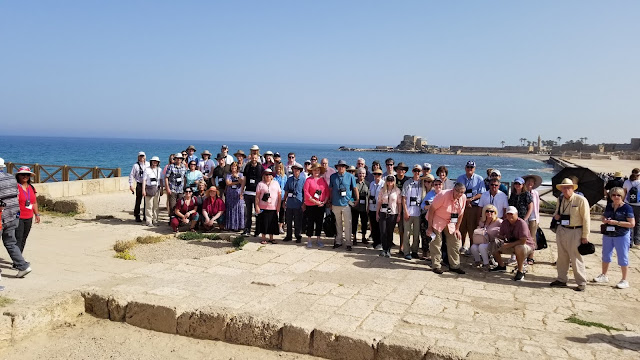 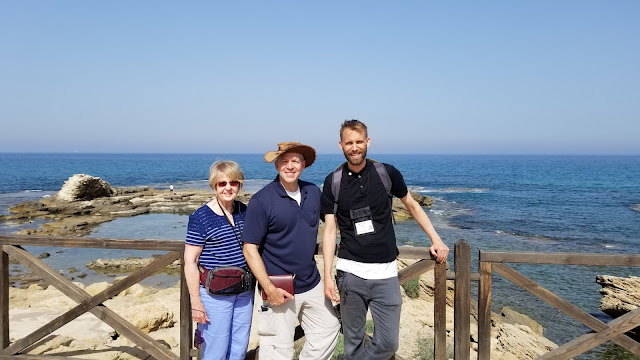 Next we quickly walked through some of the other ruins at Caesarea, such as the hippodrome or horsetrack. As we exited, I read from 2 Timothy about Paul's "finishing his course," or race, before his death. 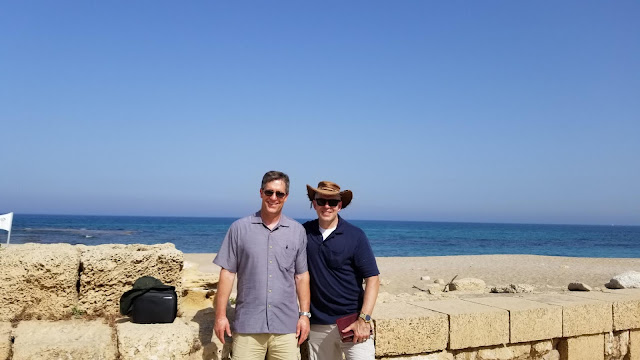 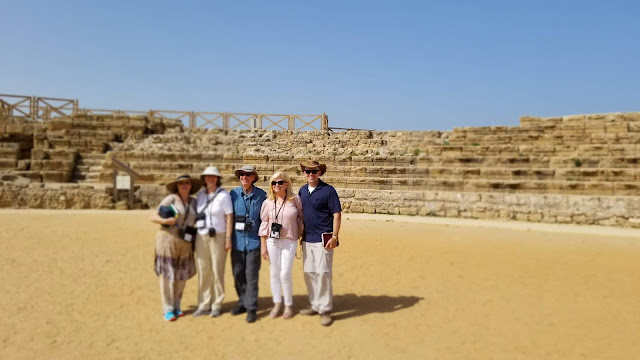 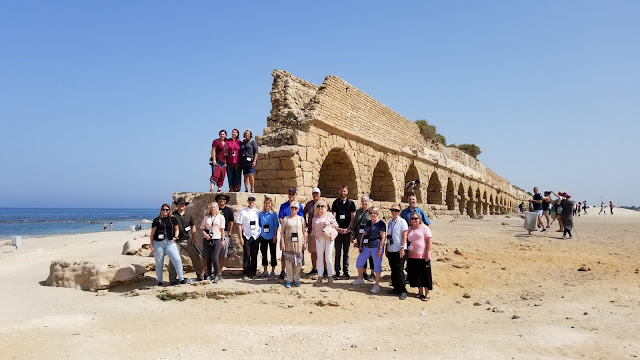 
From Muhraqa, we drove to the Druze village of Daliyat al-Karmel, where we had a lunch of falafel and schnitzel.

After talking about the ultimate victory of the Lord over all evil and opposition, we sang, "Come Thou Glorious Day of Promise." 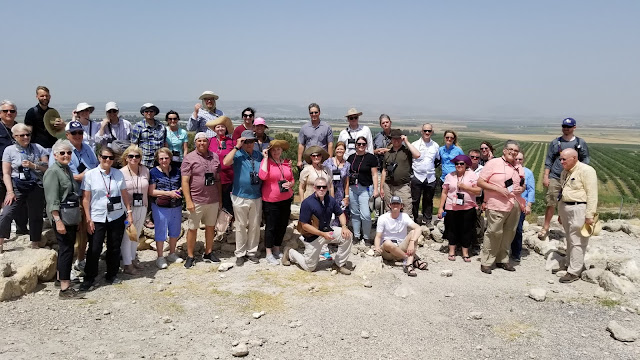 We then drove into Nazareth, which is the largest Israeli-Arab city in the country. Like Bethlehem, it was historically a Christian majority town, but the displacement of so many Palestinians after the Nakbah (Arabic, "disaster") of 1948 changed its demographics, and there are now many Muslims residents. 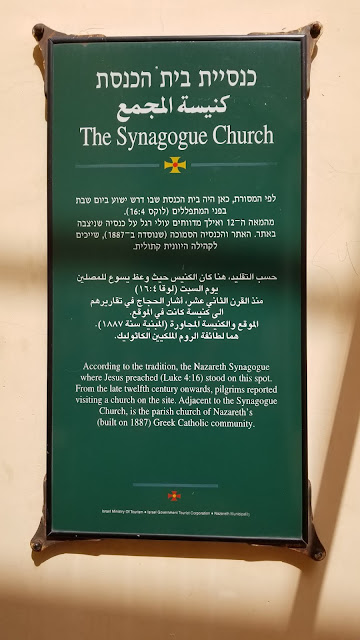 Went to the Basilica of the Annunciation, where I first recounted the annunciation to Mary in Luke 1 and then read from 1 Nephi 11 and talked about the importance of Mary not only as the mother of Jesus but also as one of the most powerful witnesses of her Son. After letting the group go through the basilica and the Church of St. Joseph on their own, we met for a picture on north side before having a devotional about the role of Joseph as the guardian of Jesus and as a model for us in a shady area before letting people visit the church dedicated to him. 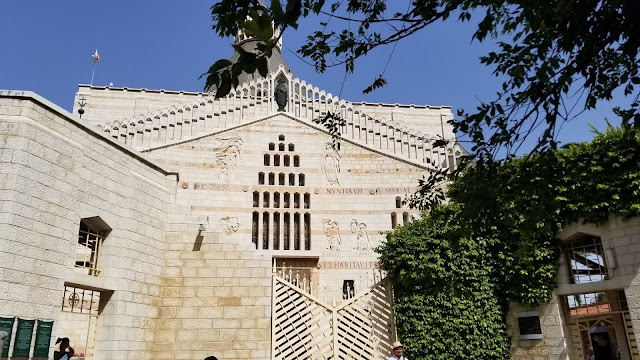 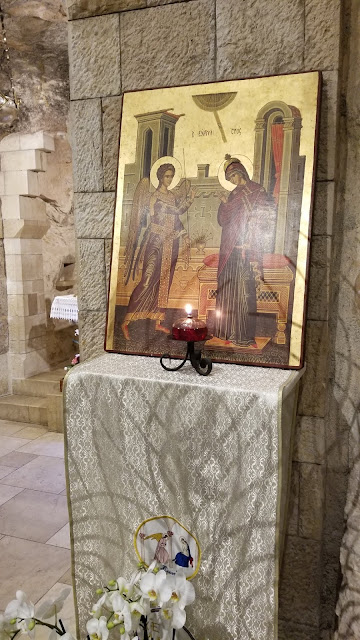 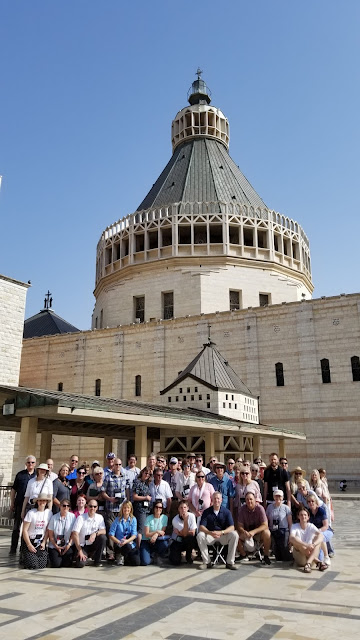 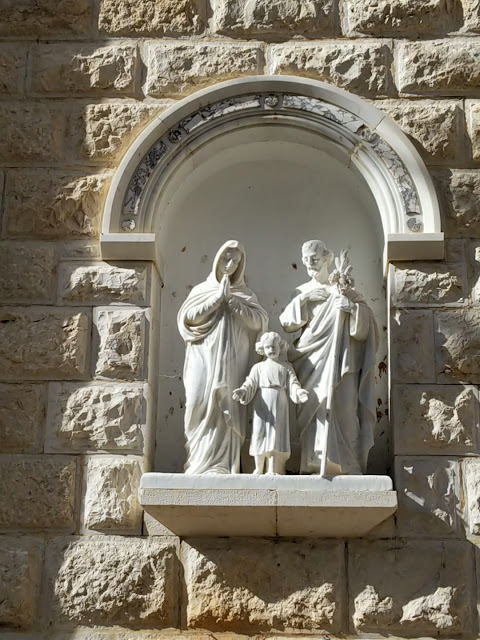 Our final stop was Mount Precipice, which by tradition is where the people of Nazareth tried to throw Jesus down after he angered them in their synagogue (see Luke 4:28-30). Looking at Mount Tabor across the valley, we talked about the Transfiguration and sang “Jehovah, Lord of Heaven and Earth.” 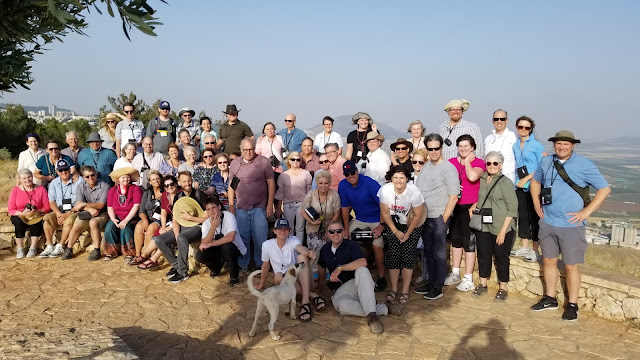 From Nazareth, Rami drove us to Tverya, or Tiberias, the largest Israeli city on the Sea of Galilee, where we checked in to the Leonardo Hotel.