Turkey Day 7: Iznik and a Return to Istanbul 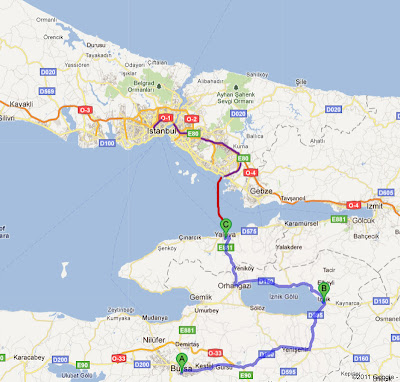 On our final day in Turkey, we left Bursa early and drove to Iznik, which is the ancient Greek, Roman, and Byzantine city of Nicaea.  Iznik lies on beautiful lake in the verdant, hilly area of northeastern Turkey near the Sea of Marmara.  On of the principal cities of the Hellenistic kingdom of Bithynia, after which it was the capital of a Roman province, a Byzantine theme, and then an Ottoman Turkish district.  In the Ottoman period, and even now, it is famous for its ceramic tiles, known as Iznik Ware.  The city and some of its ancient churches and early mosques were heavily damaged in 1922 in fighting between the Greeks and the Turks when the Greeks tried unsuccessfully to restore the western coast and northeastern coast, which along with Constantinople had been the heart of the Byzantine Empire, to Greek rule


In A.D. 325, the emperor Constantine, not yet a Christian himself, summoned all the bishops of his empire to the First Ecumenical Council to settle matters of theology.  Between 220 and 318 ended up attending.  The major topic was the question of the divinity of Jesus Christ, particularly his exact relationship to the father.  The resulting formulation known as the Nicaean Creed, which is accepted by the Eastern Orthodox, Roman Catholic, and most Protestant churches as a normative definition of Christian faith.

It is believed that the council held its sessions in Constantine's summer palace, which may have been on the site of some stone foundations and walls that extend out into Lake Nicaea.  Standing and sitting around the remains of the palace and with the lake as a backdrop, Jared spoke about the history of the Council of Nicaea.  I then talked a little about the Seventh Ecumenical Council, also held at Nicaea, but then mostly talked about LDS views on revelation and faith.  I recounted the First Vision and what Joseph Smith learned about the Father and the Son in that experience, and we read aloud together the first four articles of faith.  We then sang "I Believe in Christ," which contains many important christological statements as well. 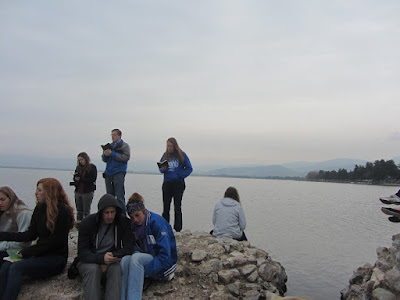 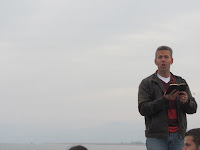 When the Seventh Ecumenical Council was held in Nicaea, it met in the church if Hagia Sophia, which is a little sister to the big church in Istanbul.  This grand old lady is many feet below today's street level and is not in very good shape.  After the Fourth Crusade, when the Byzantine government was in exile because the Latins occupied Constantinople, Nicaea was the acting capital and the patriarch presided over the Orthodox church from here.  It became a mosque in the Ottoman period and then a museum in the Republic.  But just a few months ago part of it was turned back into a mosque.  It turned out okay because only PART of it is a mosque, right in the middle and oriented on an angel towards the qiblah that is directed towards Mecca.  The rest of the building is still a museum, so one does not need to take off one's shoes while walking around the non-mosque portions. 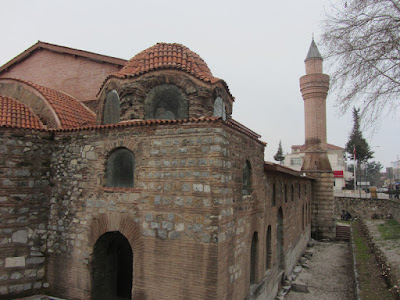 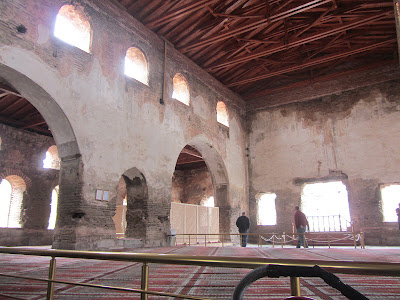 We then drove to Yalova, a port on the Sea of Marmara, where we had lunch and then took a ferry across to the Asian side of Istanbul.  After working our way painfully through Istanbul traffic, we at last reached our destination: Hagia Sophia!  The name means "Holy Wisdom" and is a reference to an aspect of the Logos or Divine Word which became incarnate in the person of Jesus Christ.  Today's structure is actually the third church of that name built on the site.  The first was built by Constantine and the second by Theodosius II, but both of these earlier churches burned down. 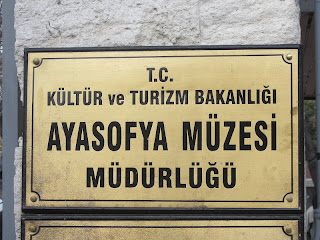 The third church was built by the emperor Justinian, during whose reign the Eastern Roman, or Byzantine, Empire reached its greatest extent.  It is an amazing structure, with a dome 102 feet in diameter soaring over the naves.  From it cascade a series of half domes, and the entire effect is fantastic.  Justinian dedicated the church in A.D. 537, and for 916 years it was the seat of the Patriarch of Constantinople and the head of the Eastern Orthodox church.  When Constantinople fell to the Turks in A.D. 1453, it was converted to a mosque, until it became a museum in 1935. 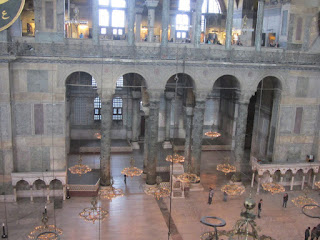 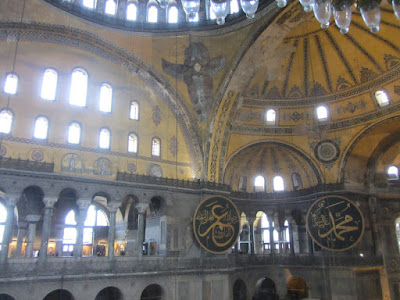 Most of the stunning mosaics that would have covered all of the interior domes and many of the wall surfaces are no longer visible or intact.  They were plastered over in the Muslim period because of Islam's prohibition against representative art.  But some of them have since been restored, giving a hint of what the church must have been like in its heyday. 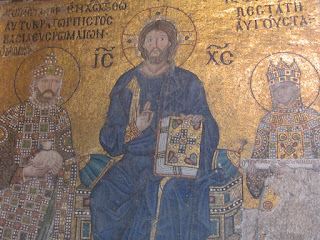 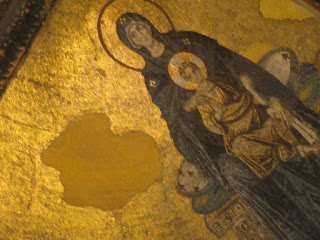 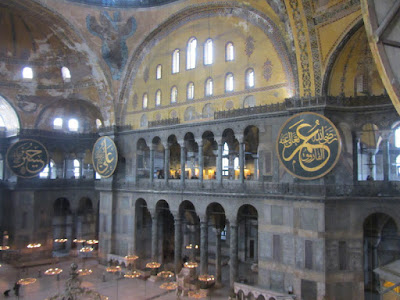 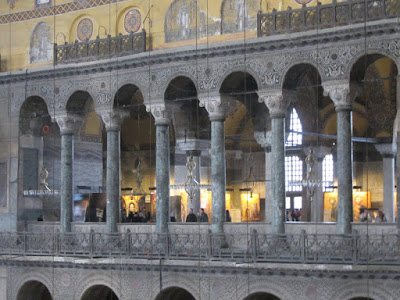 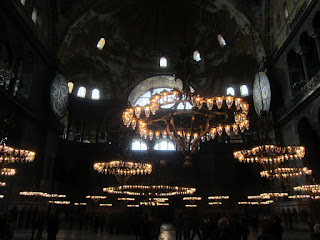 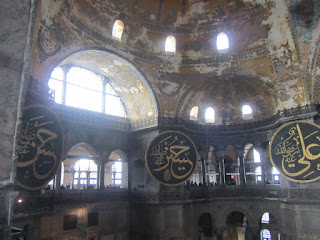 Eh-hem.  A flash mob outside of Hagia Sophia?

After some free time wandering Istanbul and dinner, it was time to say goodbye to one of our favorite cities.  Our trip to Turkey has been great! 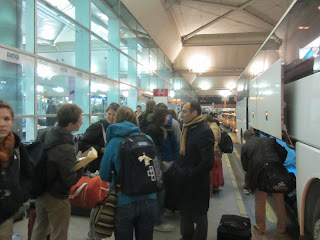 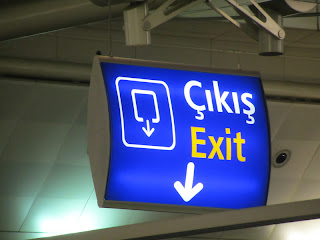 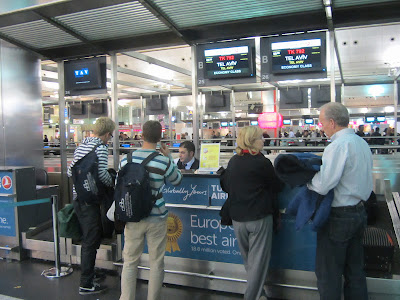