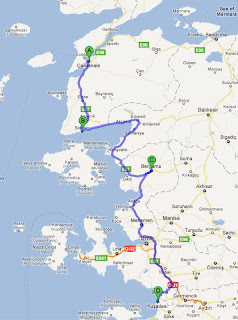 This is being posted some days after-the-fact.  As chance had it, we had a beautiful hotel in Selcuk, outside of Ephesus, for two days, one that even had decent internet connectivity.  But for some reason, the network administrator made both blogspot.com, which hosts “Huntsmans in the Holy Land,” and YouTube, where I post my video clips.

Here are the video highlights from Wednesday's two sites:

We left our hotel outside of Çanakkale early, driving across the Troad (the region of the northwestern corner of Anatolia named for Troy) until we got to Assos.  A rather minor Greek city in the Classical period, it nonetheless became famous in the fourth century B.C. when its tyrant, Hermias, invited to the philosopher Aristotle to come there to found a school of philosophy.  Its acropolis sports the remains of a lovely little temple to Athena.  But perhaps the best part of the site are the stunning views of the Aegean in three different directions. 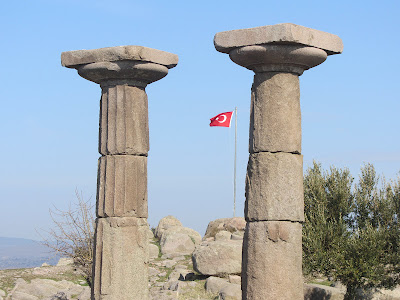 When our guide, Fatih, had finished his historical and basic archaeological tour of the acropolis, I talked to the students about Paul’s visit to the area.  Started with the account of the apostle’s visits to nearby Troas, in Acts 16:6–10 and 20:7–12 and then talked about Paul’s one known visit to this very site, Assos, in Acts 20:13–16.  We then sang “I’ll Go Where You Want Me to Go, Dear Lord,” after discussing how we should go and serve wherever the Lord directs us. 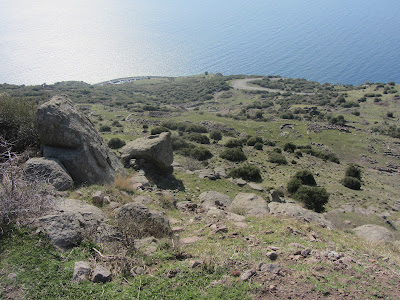 Wednesday was another day with a lot of bus time.  Every time we board the bus, we always "count off" to make sure no one is missing.  One of our classmates, Sterling May, who was number 28 in our count of 42, needed to leave the program early this semester to help his family.  So now every time we count off, when we get to 28, everyone says the number for him, usually with a sad voice.  Sterling was a wonderful young man, a real asset to the program, and one who was a blessing to many here in his short time with us.  This is a video tribute to our friend:


After a two-plus hour drive, we arrived at Bergama, where we had lunch.  This is the modern city around the ancient site of Pergamum.  The seat of an important Hellenistic kingdom, Pergamum aspired to be both a new Athens and to rival Alexandria as a cultural center. It is also on of the "Seven Churches of Asia" mentioned in Revelation 1–4. 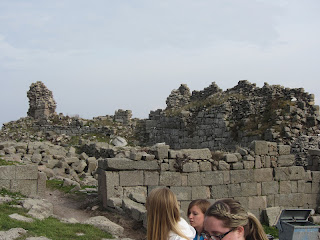 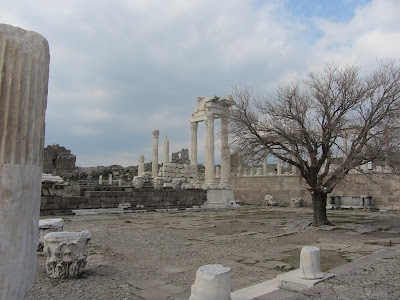 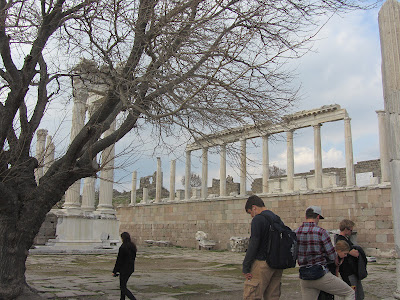 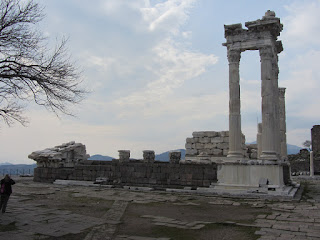 After viewing the Temple of Trajan (where we took some great group pics), we then pointed out the vaulting underneath the platform that supported the temple and its precinct.  This was significant to us, because Herod extended the Temple Mount in Jerusalem with similar vaulting, so this gave us some idea of the engineering that was involved. 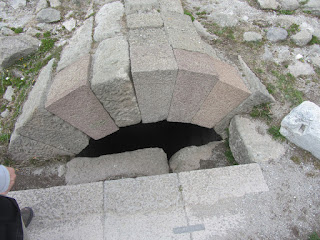 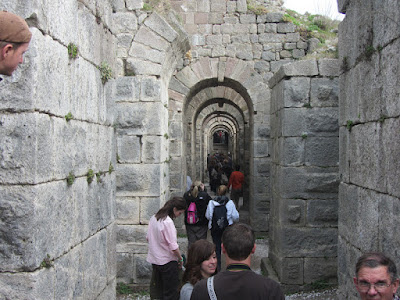 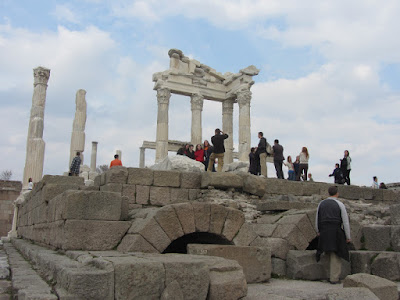 We then looked at the theater, the remains of the Temple of Athena and its library, and then ended at the site of the Hellenistic Altar of Zeus.  The altar itself was moved, stone by stone, to Berlin, where it was reconstructed and still stands in a special museum named after it.  Here we talked about the Lord’s message to the church in Pergamum in Revelation 2:12–17.  Either that altar, or perhaps the temple to Augustus that preceded the Temple of Trajan, might have been the "seat of Satan" mentioned in Revelation.  While we talked about the doctrinal and behavioral irregularities that challenged the young Christian church there, as well as discussing the blessings promised to the faithful, I chose to focus on the figure of Antipas, who was martyred for the faith.  We talked about the importance of not just being willing to die for God and one’s belief but better how one should have the courage to live for him.  We then sang “Faith of Our Fathers.” 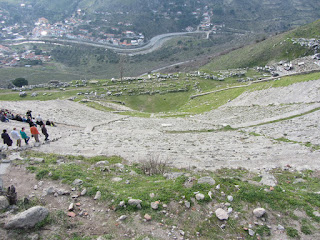 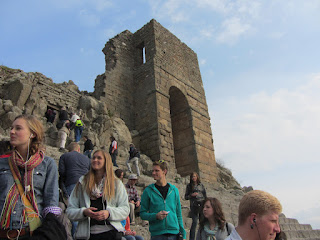 The weather really favored us, for which we were grateful.  It was rather cold in Istanbul, but at least it did not rain.  Despite concerns about the forecast, things were fine in Troy the day before, and today we had quite beautiful weather, almost warm.  What a contrast to last semester’s visit, when we were caught in a torrential downpour while at the Trajan Temple! 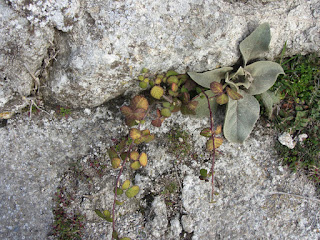 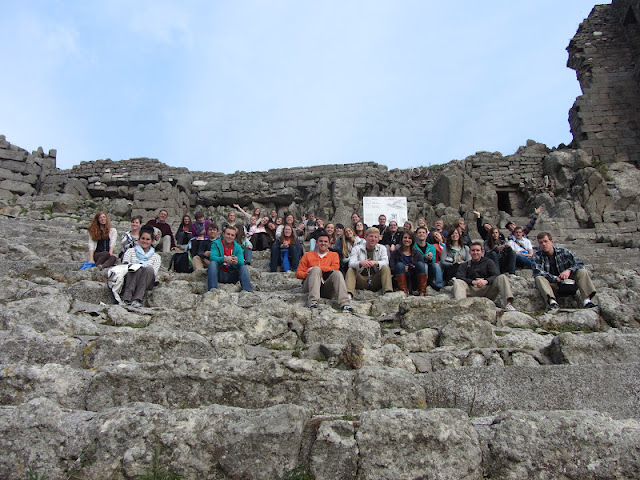 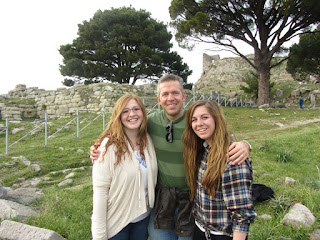