Yesterday the son of the center's accountant, Ghalib Nubani, got married.  He invited the directors of the center and the faculty, their wives, and the service couples to the celebration, which was held in Jericho.  Sometimes we find ourselves having experiences that never could have imagined before . . . like being at a more-or-less traditional Palestinian in the West Bank!

The celebration was held at the Intercontinental Hotel, which was built in the heady days after the Oslo Accords were signed when peace between Israel and the Palestinians seemed imminent and Jericho was one of the first towns turned over to Palestinian administration.  While much of that hope has been lost, or at least stalled, the Intercontinental is still in business and serves as the venue for important occasions like large, opulent wedding celebrations. 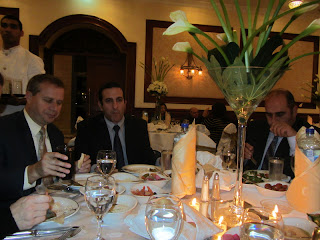 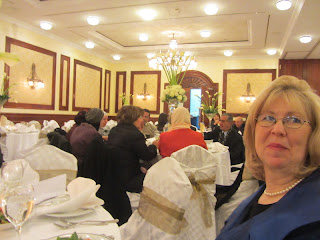 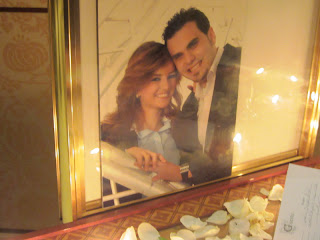 Palestinian Arabs, both Muslim and Christian, start marriages with formal, binding agreements between the families, much like the engagement or "espousal" of Joseph and Mary in Matthew 1.  This allows the man and women to appear together in public, something that is not allowed, particularly in conservative Muslim culture.  The marriage is actually formalized in a small ceremony in front if the sheik when the marriage contract is signed.  But the big celebration for family and friends occurs when the the new couple comes to the site of the party to make an official declaration that they are married and present themselves as husband and wife.  That is what we got to be part of last night.


Perhaps the most interesting part to me was the zaffa or procession that occurred outside the ballroom.  A group of men, family and friends of the groom, played bendir dums, bagpipes (inherited from the British Mandatory period, apparently) and chanted and sang traditional poems of good luck and blessing.  The couple danced and danced, and at one point the groom and his father were both lifted aloft on shoulders. 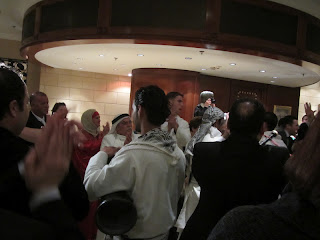 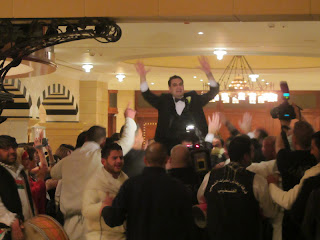 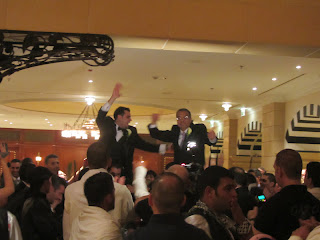 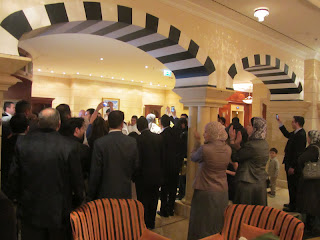 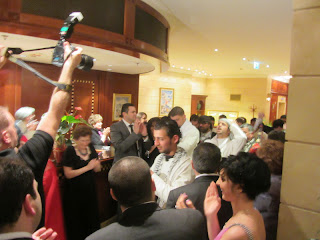 The couple later made a formal entrance to the ballroom, where we were all seated for a full dinner.  Everyone was dressed to the nines, but it was interesting, because while many were dressed conservatively (and some were obviously religious), there were other women who were dressed in very Western, even somewhat revealing, attire.  The couple and then their families, and then their friends joined in and danced and danced.  For the most part men danced with men and women with women, but the couple did dance together, and they were all on the floor together, which would not have occurred in a more conservative celebration, where men and women would actually have been in separate rooms. 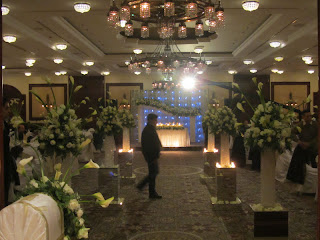 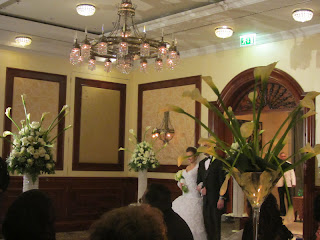 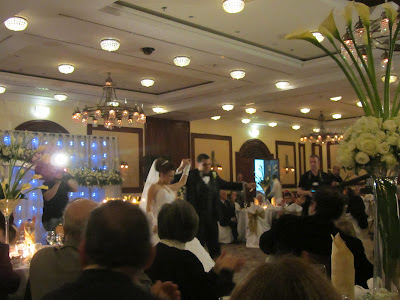 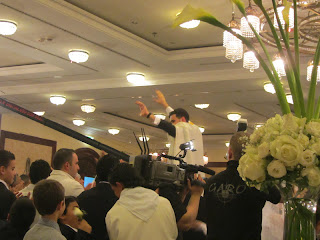 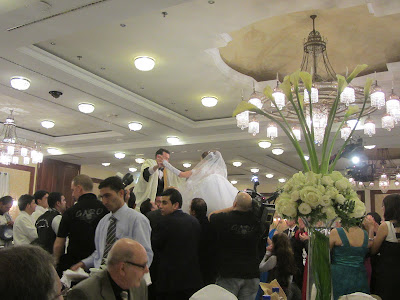