Our last two weeks in the States saw a lot of "lasts" as well as farewells.

In a sense, attending the Honors Graduation Luncheon on Thursday, April 11, was a farewell of sorts, because it saw the end of my five years of service on the Honors Faculty Council.  I have enjoyed working with the directors, the administrators, and my fellow HFC members.

The luncheon was important to me for another reason, because there I was recognized as the 2011 Honors Professor of the Year, an award based upon the vote of graduating honors students, course evaluations, and record of scholarship and productivity.

This week also saw my last two tapings, State-side at least, for Mormon Identities, my internet radio show on the Mormon Channel.  On Wednesday, I interviewed my friend George Durrant, a noted LDS writer, speaker, and story teller, and Friday I did a show called "Living with Cancer," which featured Dr. Steve Wallington, a medical oncologist, and my mother.

We have been trying to see our last movies, Elaine and I seeing "Captain America" on Wednesday, and Rachel and I "Rise of the Planet of the Apes" for our final Daddy-Daughter Date in Provo.  Came hoe to find Elaine taking products out of their packaging, putting them in bags and preparing them for packing.

Our anniversary, August 14, falls on a Sunday this year, so on Saturday, August 13, Elaine and I splurged and went up to Ruth's Chris Steakhouse in SLC for a pretty fancy dinner. Elaine called it "the last really good steak before we leave." Next year for our anniversary, we will be on our way home, hopefully stopping in Athens and Rome on the way back.

Wednesday, August 17, was one week exactly before our scheduled departure date.  It was a busy day.  After starting early with a workout at Gold's and a morning run, I taught two Education Week classes.  I then picked up Mother and Samuel, who went with me to SLC to pick up my new suits from Mr. Mac's and went to Deseret Book corporate to pick up the printed signatures of Good Tidings of Great Joy -- the book will start being bound in two weeks and be in the stores early October!

We then had our last "Hairy Toes" outing with Mother, our monthly trip to Salon Jace so Samuel and I can get our hair cut while she gets a pedicure.  Think, next time I get my hair cut, my barber may be a Palestinian!  We then had our usual lunch (and early dinner this time) at JCW's near Thanksgiving Point.


Came home and worked and worked on computers, trying to get things ready for the move (swapping out work computers, getting my lap top ready for the trip, transferring files).  I then took Samuel to his last Cub Scout meeting, which was a Rain Gutter Rigatta, where the boys raced boats by blowing on their sails.  It was frustrating for Samuel, who had a hard time doing it, but after working with him, I made it up to him on Daddy Night.


"Daddy Night" was a tradition that we began when Rachel was little.  It was when I was serving as bishop and Elaine bore such a brunt of the childcare and other responsibilities at home.  I either take the kids out so Elaine can have time alone at home or I watch them while she goes out. It has become a favorite of the kids.

So for this last Daddy Night in the States, we took Samuel's boat up to the artificial stream south of campus.  After letting it ride the current for a while, I then took the kids up to the Provo Temple Grounds and then for a treat at Dairy Queen. 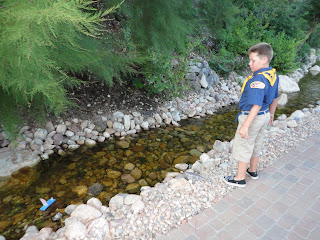 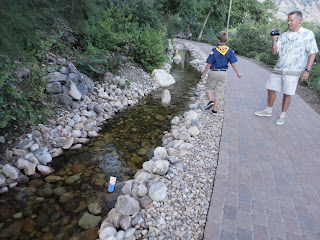 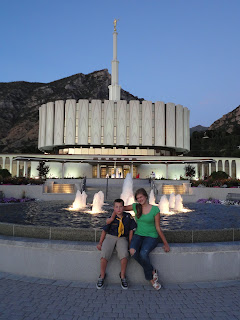 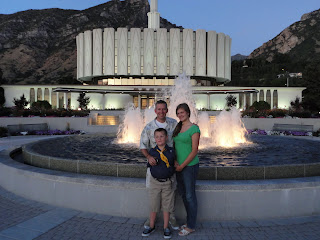 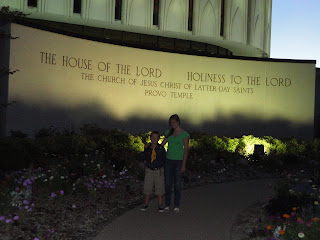 Thursday, April 18, saw me in the Provo Temple for the last few hours of my usual weekly temple shift.  Lots of loving goodbyes from my good brothers and sisters there with whom I have served for nine years.  That evening for my last Choir rehearsal, we did a lot of taping for a special program that will air in memory of the tenth anniversary of 9-11.

Friday, April 19, was my last day teaching Education Week.  I had great classes and felt good about my presentations, but the time prepping as well  as in class was a bit of a strain given all the deadlines and pressure we are up against.  I hurried home for my last traditional Friday "mountain run," quickly showered, met with my Mormon Channel staff to get trained how to use the mixers and equipment I am taking to Jerusalem for occasional "on site" radio shows, and then was interview by Steven Kapp Perry on my Christmas book.

That evening our friends Eric and Janet Schetselaar kindly hosted a party for our Choir carpool and a few other close Choir friends and their families.  John Maddox and I have carpooled together for over eight years.  My long-time friend Paul McGuire joined us soon after we got in the Choir, and later Eric S.  We were also glad to spend time with Brody Hart, Andy Unsworth, Ryan Murphy, and Cherilyn Worthen.  Our back yard lawn (for the parents) and pool (for the kids) going away party also turned into an ad hoc birthday party for Ry Man, who had just turned 40. 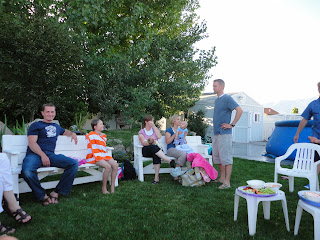 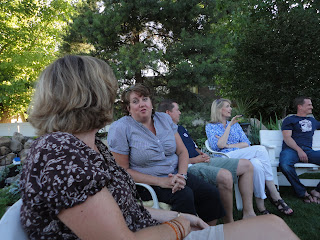 Saturday, August 20.  Many of you already know that I am driven and compulsive (if not crazy), but the proof can be seen in my running a half marathon with Andy my last Saturday morning in the country.  I try to run the Top of Utah Marathon in Logan each September, but will obviously be missing it this year.  So this was a last minute substitution. 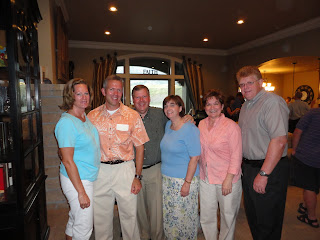 SSunday, August 21, was the hardest of my "lasts" so far.  After singing with the Mormon Tabernacle Choir for over eight years, this was my last broadcast of Music and the Spoken Word.  While I am returning to the Choir next August, because leaves are no longer than six months, it was necessary for me to "retire" today. 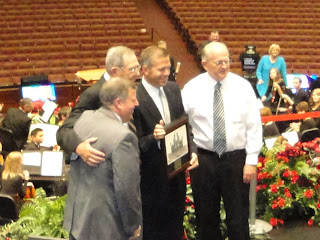