I am exhausted.  The pace of each day never seems to slow down, and I seem busy every moment, but I do not want to loose too much momentum with our blog, because I know once I do that it will be impossible to catch up and hard to keep up.  Besides sharing our experience with all of you, blog entries have been forming large portions of my journal, so I want to write something, even if it is just a little.  So I will be, uncharacteristically, brief.

After church Sunday, Samuel announced that our family should take a long walk.  Since he was the one who was so recalcitrant with last week's walk to Gethsemane, we jumped on it.  The problem is that our weekend was complicated by students continuing to dribble in, coming in small groups. I had less than an hour before I needed to take a driver and a van and go to Tel Aviv again, so our walk was a brief one out the top entrance of the center and over to Hebrew University, where at least we had an overlook at the city (but still not the one I am hoping to use at the top of our blog). 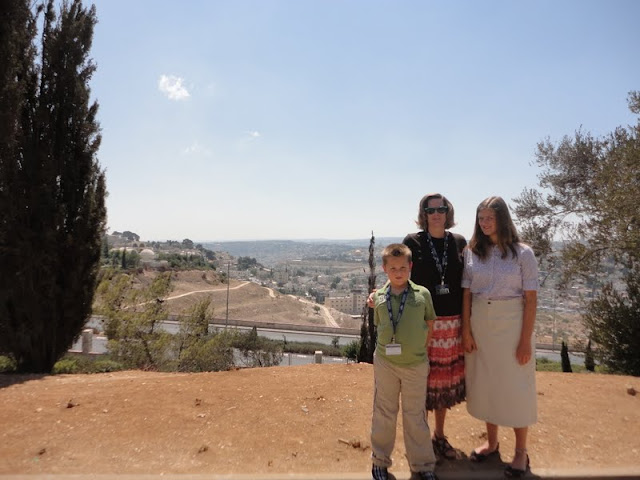 Saturday afternoon three different groups of students were coming in, but supposedly within a half hour of each other.  But there were luggage problems.  And passport problems (someone had been to PAKISTAN, which freaked out border control).  And immigrations questions.  What could have been a three hour trip there and back stretched to five.

We had had grand plans to go into Tel Aviv to the beach on Sunday, but another midday airport run scuttled that.  And it was a complicated pickup again.  But I did get home early enough in the evening for us to try going out for Thai food for my birthday.  We never found the restaurant that we were looking for, but we had a great time strolling on Emek Refaiim, enjoying the shops and cafes.  Finally found an "Asian-Israeli" restaurant that had Chinese and some Thai food.  Shekels went flying to pay for that one, but it was, oddly perhaps the most "normal" meal we have had since we have been here. 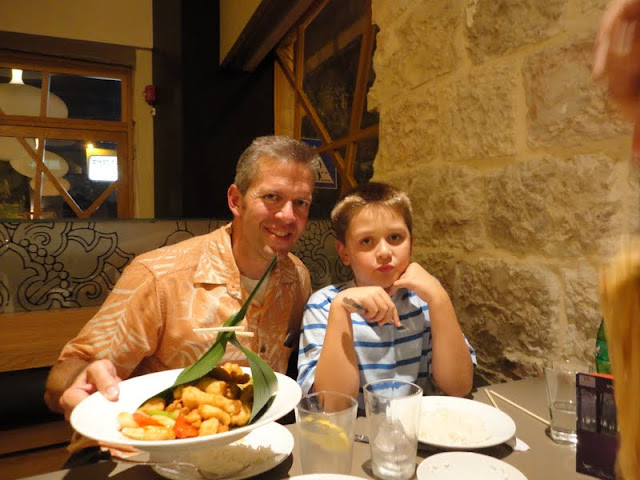 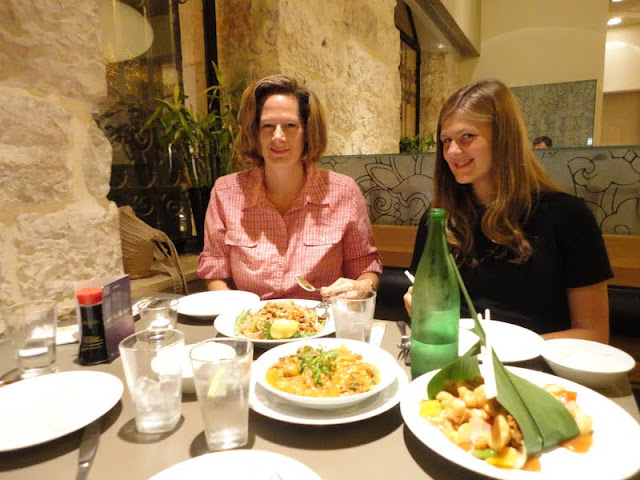 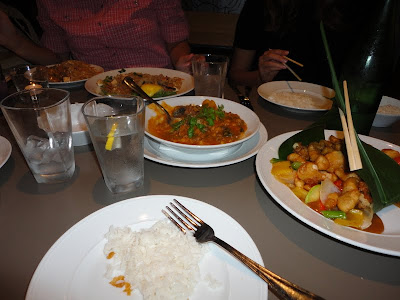 The interesting thing was that it was a strictly kosher restaurant, and most of the patrons were observant, including some clearly orthodox.
Posted by Eric D. Huntsman at 12:50 PM