Incidentally, September 2 was also my birthday.  It was a good thing that it was busy and full, because otherwise I think I would have obsessed about the fact that I am now closer to 50 than to 40!

My first treat to myself was a 40 minute run OUTSIDE.  I have actually managed to cobble together a passable workout program with the center's gym, which I have likened to a hotel fitness room.  But trying to do my cardio day after day on a stationary bike in a hot, small room was driving me crazy.  I had one nice run up in Galilee, but running in East Jerusalem is problematic.  The security chief has outlined a few "safe" routes for the students if they go in groups of three, but he gave me permission to run around the campus of nearby Hebrew University by myself.  Great overlooks, a challenging hill, wife open spaces, the occasional sight of other joggers, and mostly I was out alone with myself and my thoughts.

I must say that being able to take Rachel to the Garden Tomb with me was a great birthday present. 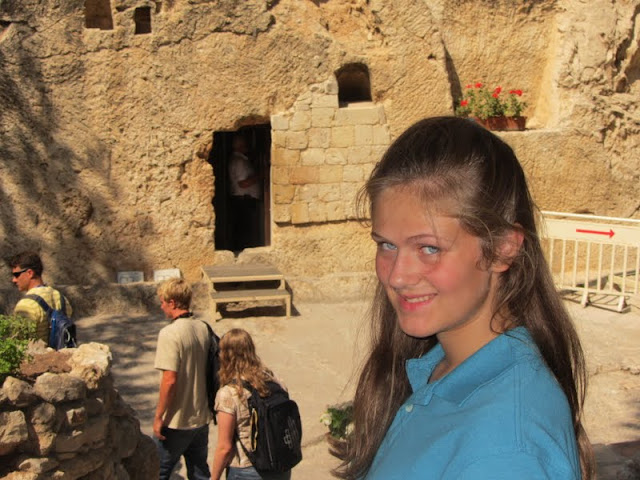 I was sung to a number of times though out the day, but it was so busy.  After our day trips to Israel Museum and the Garden Tomb, we had another groups of 16 students arrive.  After a dinner honoring our friends Ray and Sandy Huntington, who finished their service and left yesterday, we needed to do some orientation of the new students and then have a planning meeting, trying to figure out this next week.  The director of the center, Eran Hayet, is great, and I enjoy working with him.

But at last I came home, where Elaine had the made me an American cake and she and the kids sang to me.  We did not have birthday candles so we used a flashlight! 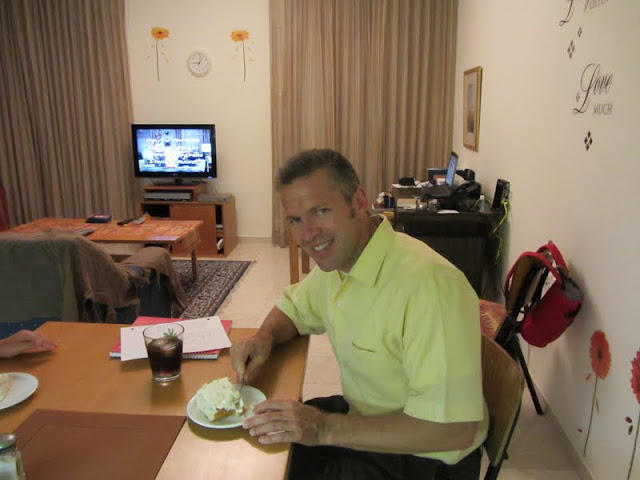 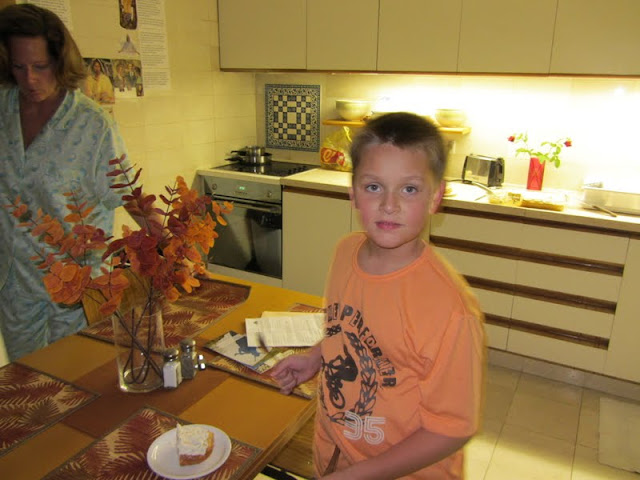 Samuel loved the cake.  He had his first "moment" yesterday when we tried to make him a frozen pizza before a faculty dinner.  The pizza did not have pepporoni and, well, frankly it was different and tasted weird.  He began crying rather inconsolable: "Jerusalem Pizza is not as good as Home Pizza.  This is going to be a long time!"  We realized that was probably his way of expressing that he misses home.
Posted by Eric D. Huntsman at 10:45 PM