Today's blog post is about neither historical nor religious sites. Sunday is our "free day," though I must have admit that I felt a twinge as we were getting ready to go out today and I heard church bells ringing throughout the city [the LDS Church has been holding services on Saturdays since the 1970s out of practicality . . . the work week for most in Israel is Sunday - Thursday].

So, I had promised the family that we would "get off of the cruise liner," as we sometimes refer to our lovely and self-contained center.  Elaine and the children absolutely love the beach, so today we drove to just south of Tel Aviv to spend much of the day by the sea.  Well, actually it was not that easy . . . we missed a term and ended up north of Tel Aviv part way to Haifa! So much for staying in our mileage this month.

The beach was at a place at the southern edge of Tel Aviv-Jafo (ancient Joppa) called Bat Yam.  Many Jews from the former Soviet Union, upwards towards a million, immigrated in the 90's in the years after the dissolution of the U.S.S.R.  As a result, not only were signs in the usual Hebrew, Arabic, and English, but sometimes in Russian too. 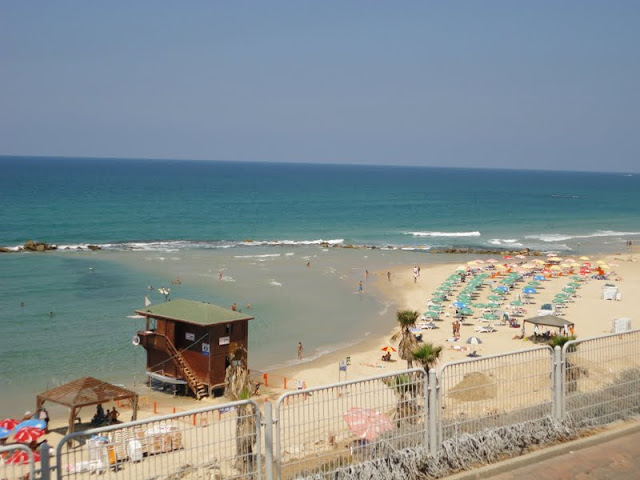 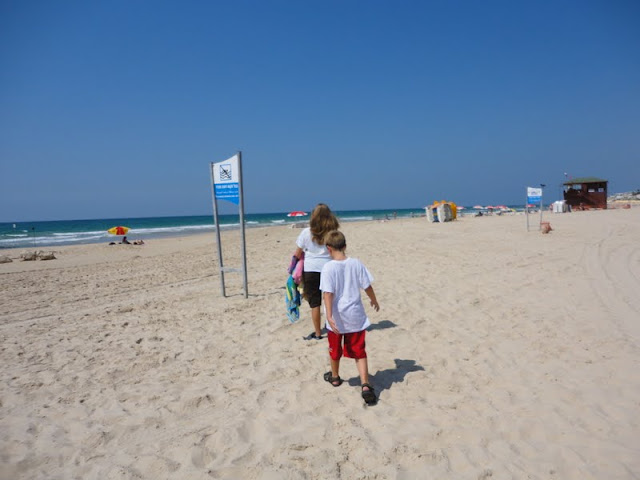 The water was warm and the breeze was refreshing.  I alternated splashing in the waves with Rachel and Samuel and sitting on a chair, looking out at the waves of the Mediterranean and imagining Odysseus and is Homeric crew rowing by or a Roman galley sailing up to conquer.