Busy Day but Great to Have Our Students Here at Last

Today was as busy as I could possible of handled.  Started the day, as most days, with the best workout that I could cobble together in the center's gym, followed by a run around Hebrew University.  Hurried to get ready and see the children off to their first day of school.

But then it was non-stop activities with the students, much more than we would normally have in a single day.  It started with a half-day field trip which was intended to be a "geography" trip that illustrated the physical features of the area around Jerusalem by taking the students to various points around the city that provide overlooks or prospects not just of the city but of nearby areas and geographic features.

Steve and I started at different ends of the route so that all 82 of our students would not overlap at the sites.  I intended to start in the south, at Mar Elias overlooking Bethlehem, but for traffic reasons we started at St. Peter in Gallicantu on Mt Zion first, which gave us a good view of the City of David and the Temple Mount, as well as the Hinnom Valley to the south.

We then went down to Mar Elias, the Monastery of Elijah, where there is an overlook of Bethlehem.  Staring down at one possible location for "Shepherds Field," where the angel announced the birth of Jesus, we sang "O Little Town of Bethlehem" and "Far, Far Away on Judea's Plains," even though the geography made it clear that my ancestor John Menzies Macfarlane did not know the terrain when he wrote that carol! 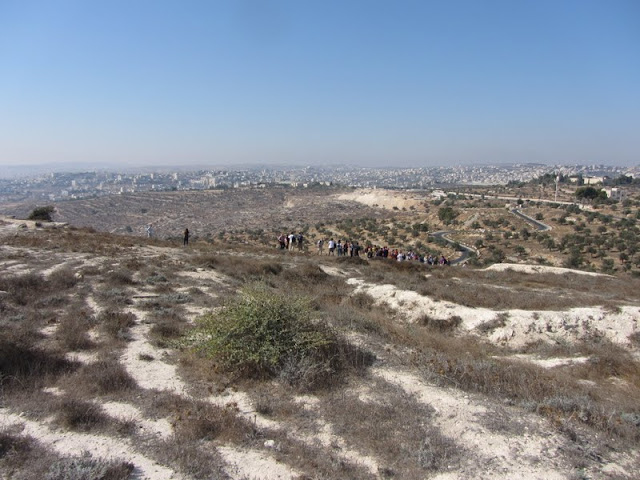 Heading back to Jerusalem, we got some great pictures of the city from the Seven Arches overlook on the Mount of Olives before heading on to the Hospital and Church of Augusta Victoria on Mount Scopus (close to our center). 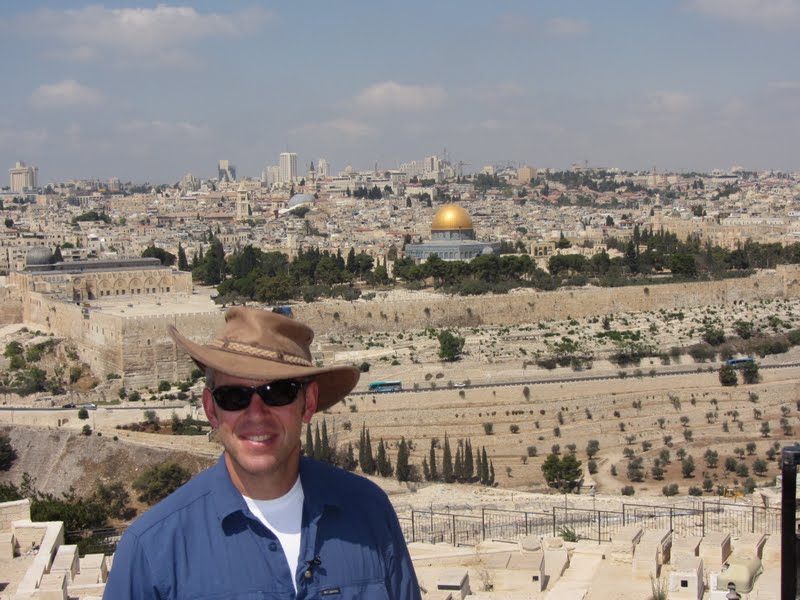 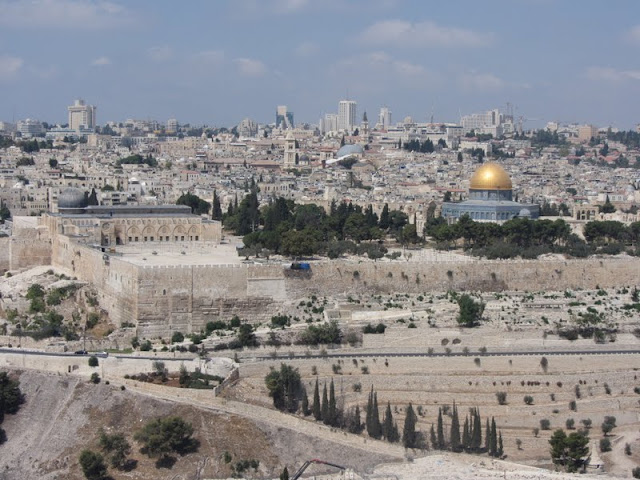 We climbed the tower of Augusta Victoria to see the Judean Wilderness towards Jericho, the Jordan, and the Dead Sea to the east; Bethany and even the distant Herodion to the south; Jerusalem to the west; and Gibeon and Bethel (almost, it was hazy) to the north).  But the best part was coming down to the lovely Lutheran chapel where we were permitted to have a devotional and sing.  I read about future events that will take place on the Mt of Olives from Mark 13 and Zechariah 14, and then we sang "Come O Thou King of Kings."  Then in honor of our Lutheran friends, we sang "A Mighty Fortress is our God," followed by "All Glory, Laud, and Honor."  I love this.

But the day was just beginning.  We headed back to the center for lunch and then we needed to make up our first day of classes, which was scheduled for last Friday but needed to be delayed until all the students go here.  Taught my introduction to the Old Testament lecture, and then, after a short break, took 11 of the students who just arrived yesterday, on their orientation walk around and through the Old City.  But the best part is that Elaine was finally feeling well enough, and now that the kids are settled, was able to go with me.  So FINALLY Elaine was able to see some historical and religious sites.