First Day of School for Rachel and Samuel

Today our children had their first day of school at the Anglican School.  Samuel announced the other day that he did not need Momma to come help the first couple days, that he could do it by himself.  So when today dawned, we got them dressed, and I took them up to the top entrance of the center, where they and the other faculty children boarded vans that took them over to West Jerusalem. 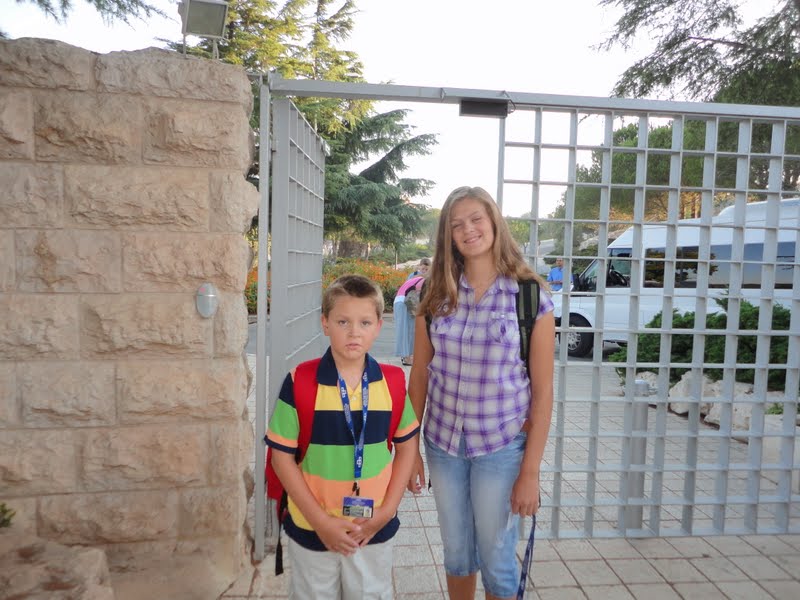 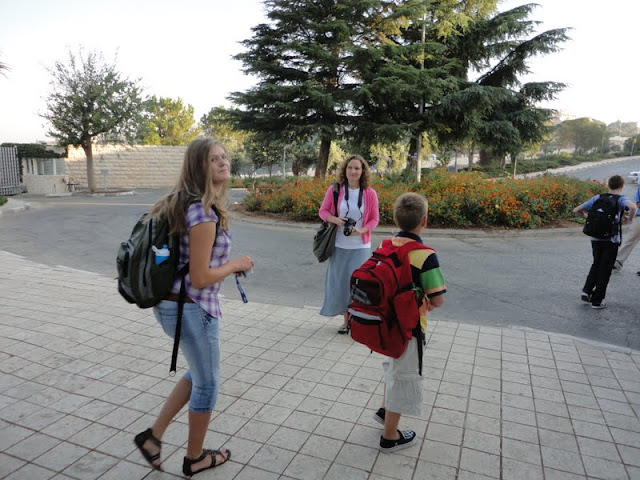 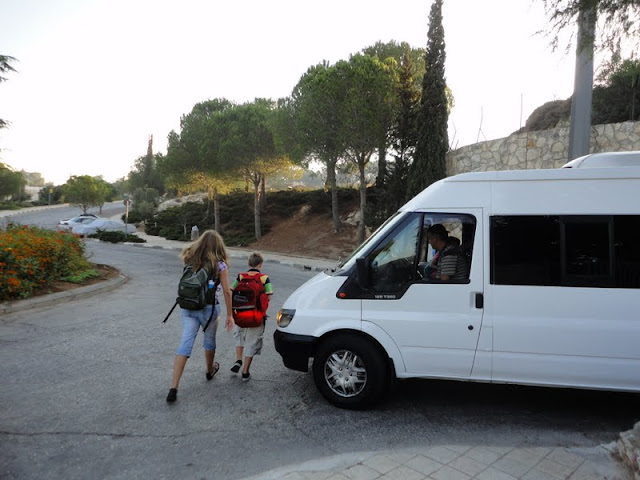 Samuel was confident, and Rachel was excited.  We have gotten familiar with all of our drivers and trust them, but it was still a strange thing to see the vans drive away here in a foreign city with our children all by themselves!

We waited with baited breath all day till they come home.  I had just gotten out of class and was coming out of my office when I saw a couple of the Ludlow boys bounding down the stairs.  After getting the briefest of reports from them---it was fine, they assured me---I ran up the stairs two or three at a time till Rachel and Samuel met me on the final flight and bounded into my arms.

They both tried to tell me at once about their day.  Rachel loved it.  Her classes were small and interesting.  Classmates came from Namibia, Belgium, Palestine, and elsewhere.  Everyone was interesting and everyone seemed to get along.  But the best news was Samuel.  How was school?  It was good!  What did you do? Read and learned and played.  What was your favorite part? Playing soccer at recess with the other boys.  That last part, playing with the other boys, made me happiest.  Take that, autism.

A couple of interesting things real quick, because I am still exhausted (that does not seem to change) and this is supposed to be short.  Rachel reported that each day begins with an assembly that includes a scripture and a very formal, high church prayer.  Perfect!  Children are not compelled to participate, but if they elect not to, they are to sit quietly and be respectful.  What a chance from public education, where the religious children must be quiet about their beliefs and practices.

The other was something I heard from Samuel as he told first Nana (and later Poppa, I think) about his day.  He had literacy (reading), games, and "numeracy" (or math).

So third and tenth grade have begun in Jerusalem.