Sorry there has been a lull in blog posts, but this has been the most "normal" week that we have had yet.  After our field trip to Jericho and the Judean Wilderness Monday, every other day this week was pretty standard: Old Testament in the morning, and then while the students had their other classes, I had time to fall into a routine, including an hour or two of biblical Hebrew study, course prep for the next day's class, and time with the children. I come down from the apartment just before 3:00 to meet them when they come home from school, and then after I hear about Rachel's day, I take Samuel up to the gym to play basketball, we practice karate on the patio, or we go down to the playground.

On Thursday it was Elaine's turn, however.  We took the students to the Garden Tomb, and she came with us.  It was her first time there.  While the Church of the Holy Sepulchre bears the weight of tradition and probably has more archaeology and history on its side, to my mind the Garden Tomb has sentiment and spirituality arguing for it.  As the good people of the London Missionary Society, who run the garden, always points out, we worship the Risen Lord Jesus, not places.  In this quiet, peaceful spot just north of the Old City's Damascus Gate, one can better recreate in one's mind and heart what it must have been like that first Easter.

The Garden Tomb's Golgotha, also known as "Gordon's Calvary" because the British officer Charles Gordon first thought he discerned a stone in the cliff face back in the eighteen century, on the other hand, is right next to a busy Arab bus station today.  But then the place where Jesus was crucified would have been right next to a busy road too. 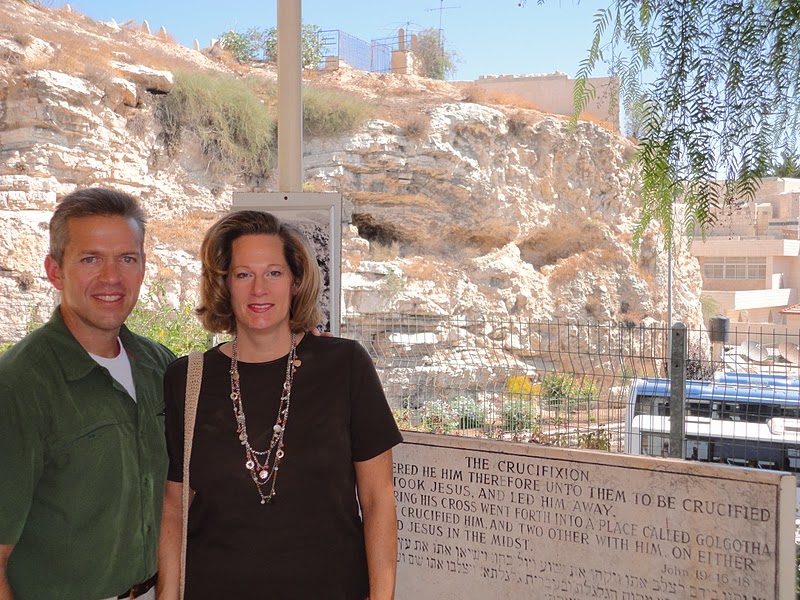 Latter-day Saints tend to prefer this site, and our students were no different.  After we took the usual tour by representatives of the missionary society, we gathered for our own devotional.  We read the crucifixion account of John 19 and then sang "Upon the Cross of Calvary."  We then read the resurrection account of Luke 24 and sang "He Is Risen."  After Steve's group joined us, he read the first half of John 20 and we sang a number of other songs.  Elaine enjoyed it there. 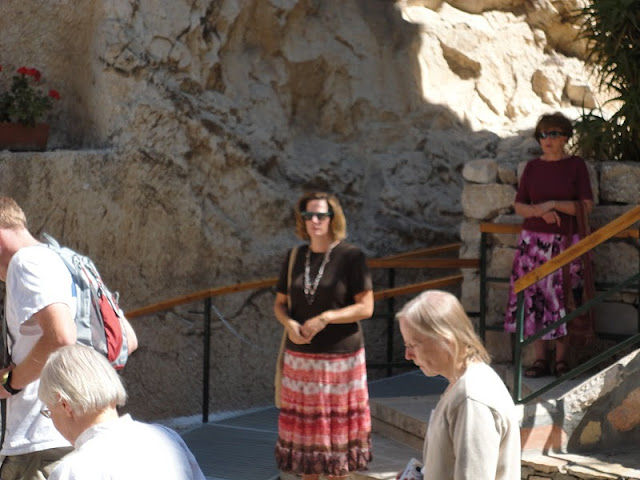 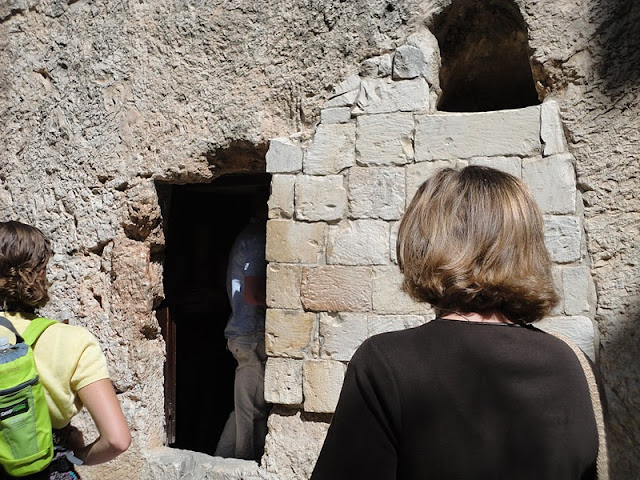 I then took the afternoon off so that we could walk around the Old City to the Jaffa Gate and the glitzy Mamilla shopping area right across from it.  This made Elaine feel a lot better! 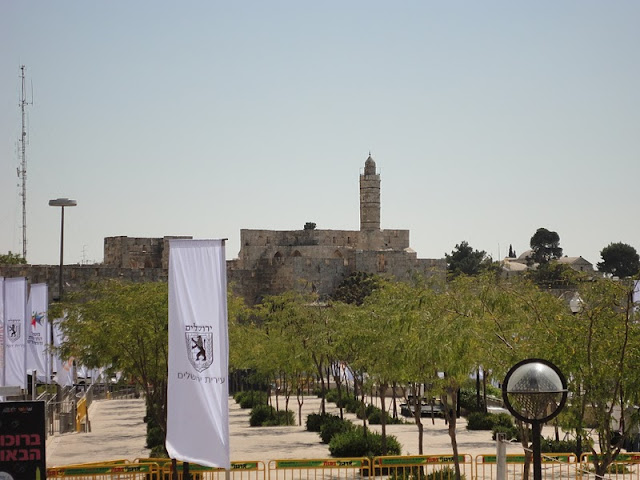 We then went to the famous Ben Yehuda Street, a pedestrian mall with a lot of character, where I got my first shawarma of the trip, a piece of Arab bread filled with shaved lamb and lots of fixings. 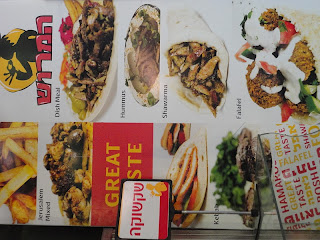 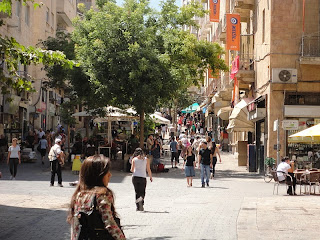 After taking a cab back to the center, we got the children, checked out a car, and drove to West Jerusalem where Samuel and I had our first haircuts here.  The place we went was “Shmuel in Jerusalem.”  Shmuel, or Samuel, was born in Tennessee and grew up on Detroit.  He was an interesting fellow – lapsed in his observance as a 20-something, when he learned to cut hair.  But then he said “God was calling him,” and he returned to stricter observance and eventually made aliya.  For the past 7 some years he has been studying Talmud, was “ordained” as a rabbi, and just went back to cutting hair part time to make some money I guess.  He is interested in mysticism and had lots of interesting things to say.


Unfortunately my camera battery died, so you will not see a picture of Shmuel or his shop.  Nor will you see any pictures from the pleasant evening we spent with friends, the Howell family.  John is our outgoing elders quorum president, with whom I will be working for a few weeks before he moves.  They have 5 boys, so we had some fun with them in the park while Elaine visited with Heather.  They live in the Katamon area of Jerusalem, which was the main, well-to-do Arab suburb of Jerusalem until 1948, when the Arabs were driven out during the War of Independence.  Most of the houses and apartment buildings date to that time and were formerly Palestinian.

Today I spent some time preparing for Turkey, where we are taking our students on Sunday for a week tour of Greek, NT, Byzantine, and Turkish sites.  Tonight is our "night off."  We got pizza from Dominos (unkosher because it mixed meat and milk/cheese, but we loved it!), and now Elaine and I are going to watch movies since the kids are at last in bed.