A Druze Site and an Ancient/Modern Water Park


Today, I must say, a wonderful day with my family . . . a real vacation, if you will.  The past two days have been one of those rare periods when I have really been away from "work," the other two being when I brought Mother and Lindsay up north and the when we took Paul and Denise around the country.  After our fast and furious day yesterday, Elaine and the children slept in.  I got up early and ran through the hills north of Teverya (Tiberias), ran along the Sea of Galilee towards Madgala for a stretch, and then came back through orange groves.
Then, after showering and starting the day formally, I met some friends at the LDS chapel to help with a little of their trip planning.  The it was off for a day of new places mixed with familiar fun with my little family.


Horns of Hattin and Nabi Shu'eib 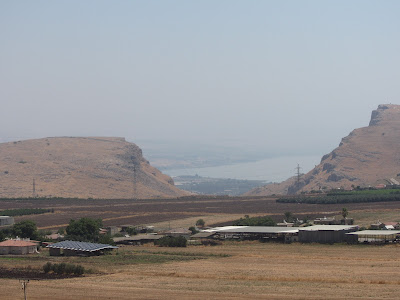 For a long time I have wanted to get a close up look at the Horns of Hattin, the (in)famous site of the destruction of the Crusader army by Salah ad-Din in A.D. 1187.  Looking on a map, it looked like the closest place I could get to which was near it was the settlement Kfar Hatin (I have since found that approaching from another direction I could have gotten right to Karnei Hitin).  Still, we had some idea of the terrain where the Crusader knights were wiped out.

But I also noticed on the map that the small access road to Kfar Hitin continued on to a place called Nabi Sh'eib, which is Arabic for "the prophet Jethro."  Honored in the Qur`an, the father-in-law of Moses is even more important in the Druze tradition, and they have made his tomb their primary shrine.  The Druze (outside of the Golan, at least) are well-integrated into the Israeli state, and the state in turn has given them full control of the site.  I was surprised at how modern, landscaped, and manicured the long access drive was, a clear sign of a wealthy, important community.  At the top single Druze guard---identifiable as a member of the highest initiated class by his white mustache, baggy pants, and white headdress---determined who could enter and who could not. 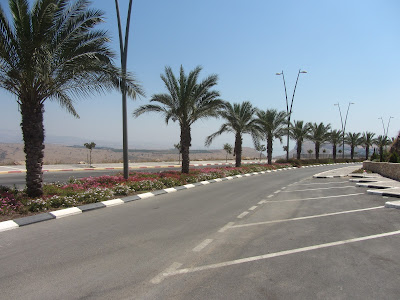 We did not pass muster today, but I got some pictures from the gate! 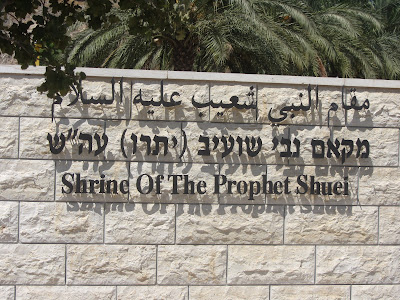 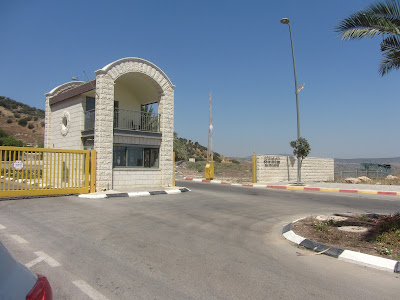 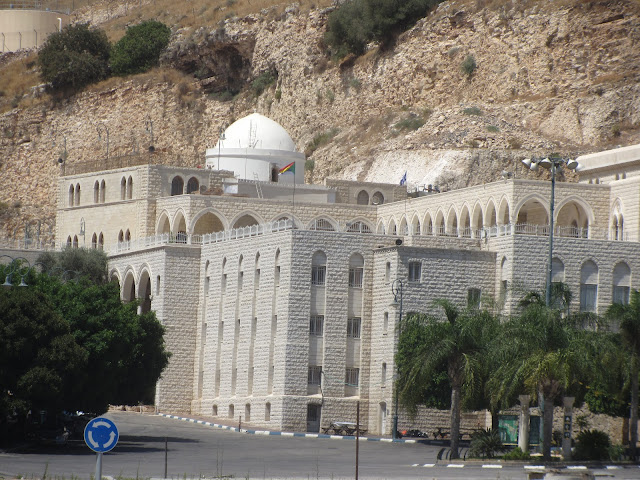 Our next stop was some distance away, south and east of the Sea of Galilee in the deep gorge of the Yarmouk River.  This river now forms the border of Israel and Jordan, and then, above the occupied Golan Heights, the border between Syria and Jordan.  This is where a tragic battle was fought A.D. 636 that ended Byzantine, and hence Christian, rule of the Holy Land.  In that year the rising forces of the Islamic caliphate destroyed an allied force of Byzantines, Armenians, and Ghassanid Arabs.

It has long been a strategic place.  A Hellenistic city Gadara, had been a strong point of Greek culture as a member of the Decapolis in New Testament times.  Later the Romans had stationed a legion as a garrison in Gadara.  The site of Gadara lies just over the border in Jordan, but nearby there were some hot springs on this side of the Yarmouk that became a famous resort.  The Romans built one of their famous bath complexes here, and it continued into the Muslim period. 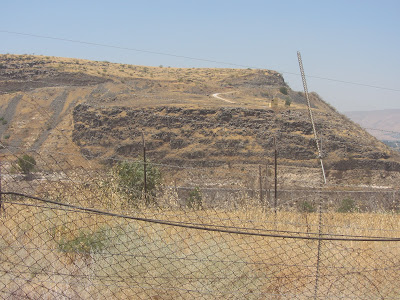 This twin heritage is reflected in the name: Hamat Gader, from the Arabic Hammam for "Bath" and Gader, from the Greek for Gadara.  Today Hamat Gader is a "super park" resort. On one side of the ruins is a menagerie with crocodiles, peacocks, baboons, emus, and other animals. On the other side is a pool, slide, and mineral bath. Something for everyone in our family today! 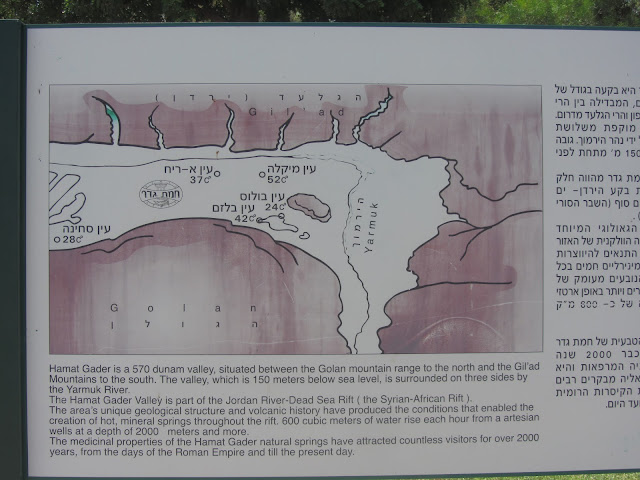 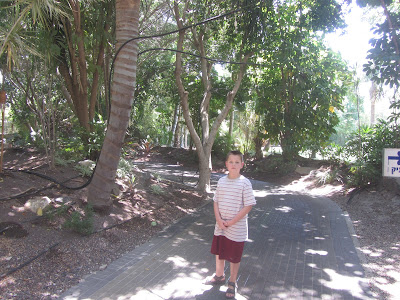 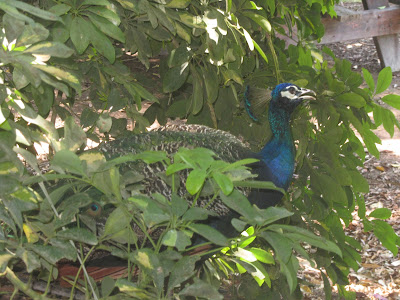 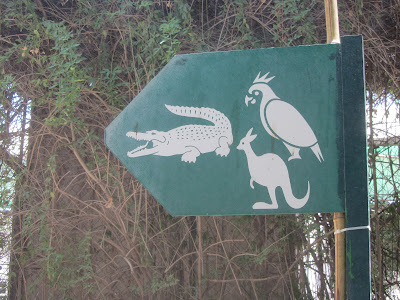 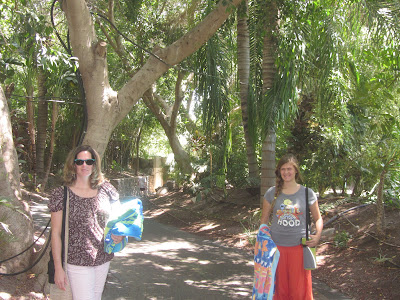 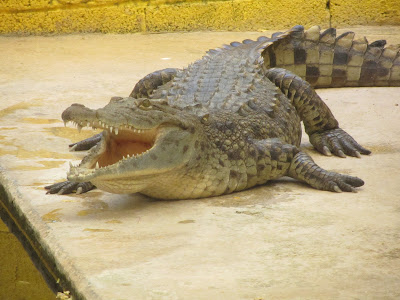 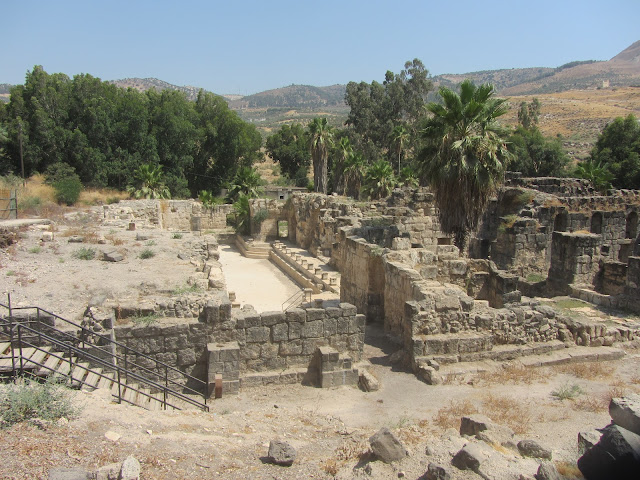 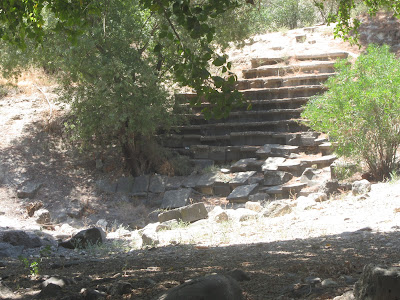 End of the Day in Tiberias 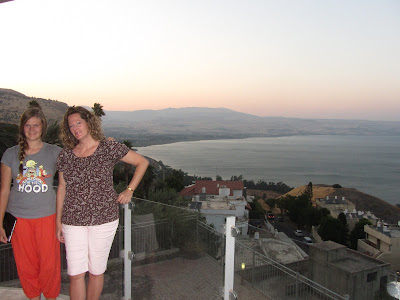 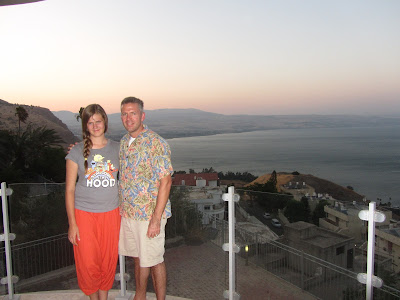