Old Jaffa and the Burma Road 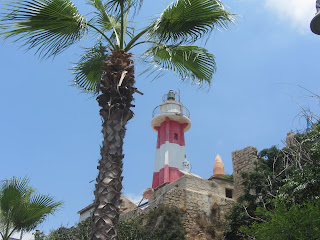 As the number of our "free days" (Sundays) dwindle, we are making an extra effort to go to some of the places we have meant to get to this entire year.  Today we went to Old Jaffa---the biblical Joppa, then the Arab Jaffa, and now part of greater Tel Aviv-Yafo---and stopped on the way home at a couple of points on the famous Burma Road, the emergency supply route to Jerusalem built during the 1948-49 War when the main highway was cut.

I keep calling it "Old Jaffa" because Jaffa (in Hebrew Yafo) is a much larger area that has since been absorbed into greater Tel Aviv.  Old Jaffa has been carefully restored in recent decades and is an showcase of the different periods of this famous seaside city. 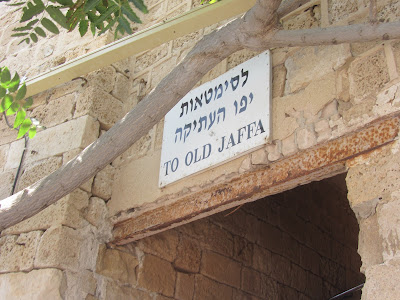 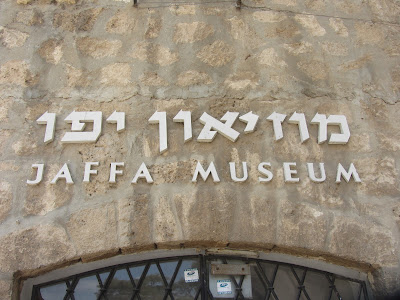 Jaffa is one of the oldest, continuously inhabited and used ports in the world.  In antiquity and in the Bible it is known as Joppa. At the crest of the hill (which is actually crowned with a tell, or archaeological mound) is a museum that holds artifacts from different periods in the city's history, starting with the Bronze Age.  Unfortunately, when we got to the museum's gates, we were disappointed to find that it was closed because of an announced event today! 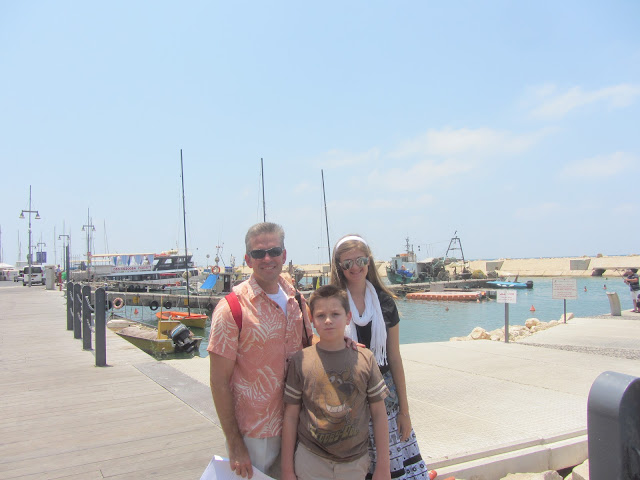 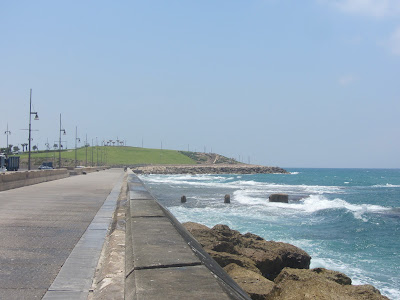 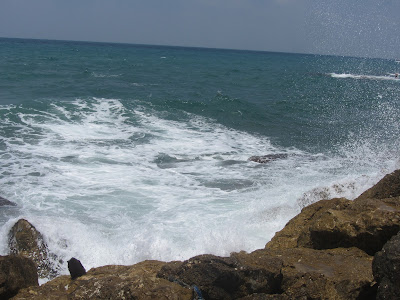 But the real reason that we had come to Jaffa was because of its biblical history.  This is the port from which Jonah left on his ill-fated voyage, trying to flee from the Lord's command to go the opposite way to preach in Nineveh (see Jonah 1:3).  Even Samuel knows this story, thanks mostly to the Veggie Tales "Jonah" movie.  Here, in fact, are my ladies singing the opening number from our animated favorite:

But even more important is Joppa's role in New Testament history.  After healing Aeneas of paralysis in nearby Lydda (modern Lod), Peter came to Joppa, where he raised Tabitha from the dead (see Acts 9:36-42).  These two miracles, paralleling closely some of the most famous miracles of Jesus, witnessed to the early Christian community that Peter indeed carried the power and authority of the Master (see Acts 9:43-10:24). 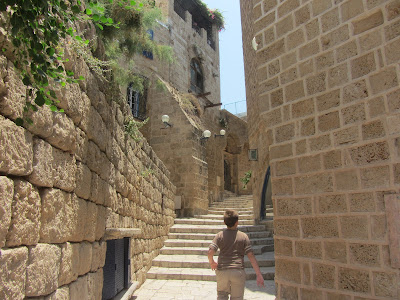 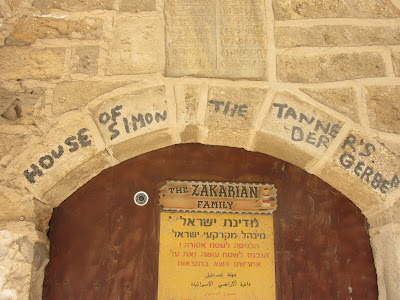 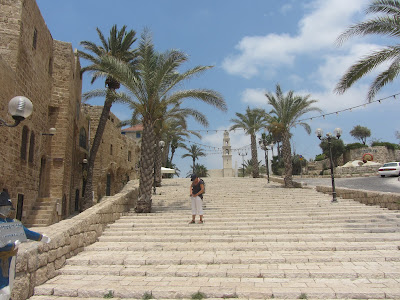 This was important because he was about to have a vision and receive a revelation that would be revolutionary to the largely Jewish Christian movement.  While he was staying in the house of Simon the Tanner in Joppa, he saw a vision of unclean beasts that the Lord told him to eat.  The interpretation of this was that the gospel of Jesus Christ could now go the Gentiles!

Joppa even appears in Greek mythology as the place where Andromeda was chained to a rock as an offering to a sea monster called the Krakon! 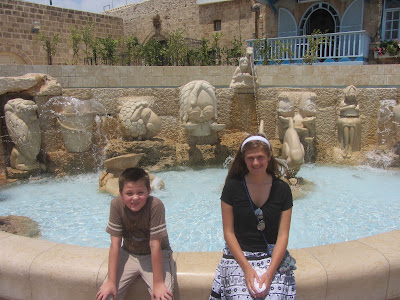 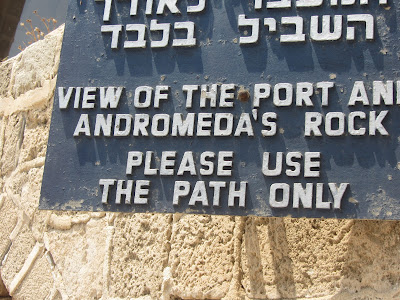 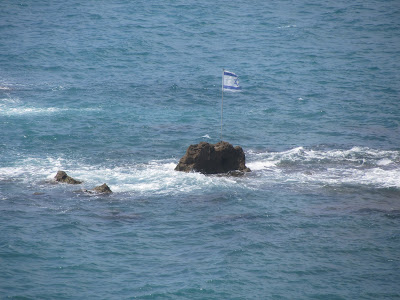 Joppa was largely overshadowed by Herod the Great's new port of Caesarea up the coast, but it regained some of its vitality and importance as Caesarea dwindled in the post-Crusader period and its harbor finally silted up.  As the Arab city of Jaffa, it served as the main port of entry for Jerusalem and southern Palestine generally.  Napoleon briefly moved through the area, but it otherwise remained in Ottoman Turkish hands until the British took over Palestine between 1920-1948.  Its sizeable Jewish minority suffered during the Arab-Jewish riots of the 1930s, with most Jews moving northward to the new, all-Jewish city of Tel Aviv next store.

Jaffa, like the nearby Arab cities of Ramlah and Lydda (now Israeli Lod), suffered in the terrible population dislocations of 1948-49, with most of its inhabitants fleeing or being expelled, though all three, like Acco in the north, remain somewhat mixed cities today with small but vibrant remnants of their old Arab communities living in some of the older sections of the cities. 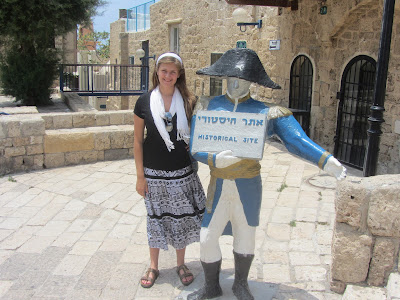 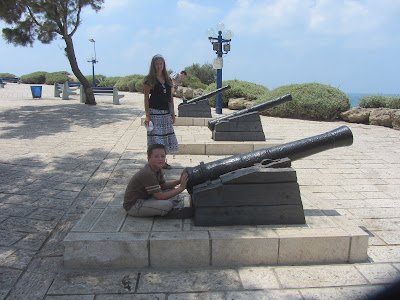 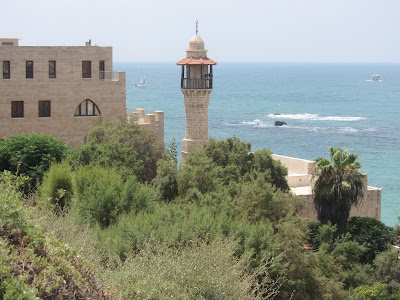 We really enjoyed seeing Jaffa, though the Church of St. Peter as well as the museum, ended up being closed.  And we should have done this in the fall or spring months . . . because it today it was hot! After a couple of hours in Jaffa and some ice cream, the heat finally got the best of us and we said goodbye to this must-see Holy Land site. 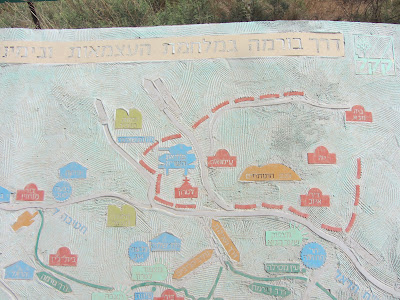 We had planned to stop at a beach for the rest of the afternoon, but once again, the heat and humidity in Jaffa had taken most of our drive out of us (on top of that, we are entering "jellyfish season" here on the Israel coast!).

But by the time we had driven about 20 minutes, air conditioning and sitting had restored a little of our drive . . . well, at least my drive.  So we took a longer route home to Jerusalem so that I could find the start of the famous "Burma Road."  During the 1948-49 War, an Israeli drive captured Jaffa and then Lydda and Ramla.  They could not, however, capture the strong Arab Legion position at Latrun, which controlled the approaches to the highway up to Jerusalem.  On top of that, the highway itself was dangerous because hostile Arab villages above the highway threatened it through the narrows known as the Bab el-Wad (Hebrew, Sha'ar HaGai). 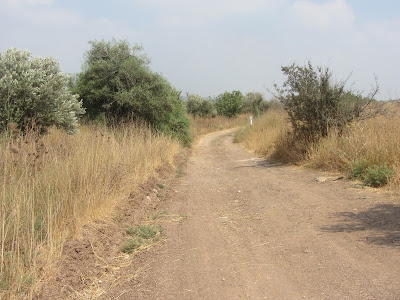 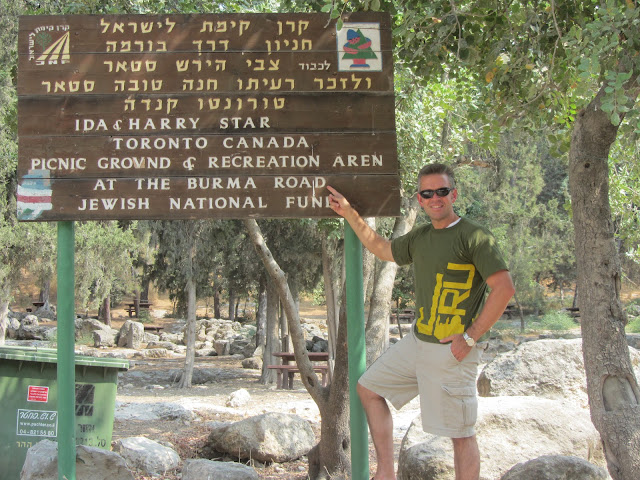 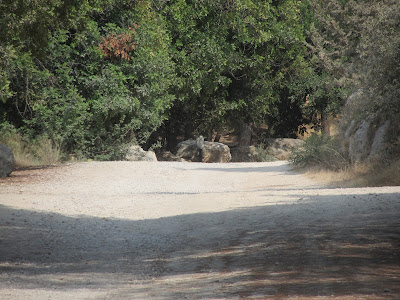 To counter this and get relief to besieged West Jerusalem, the Israelis secretly built a dirt and gravel road to the south through hill country.  This became known as the Burma Road after the famous supply route through Burma to inland China during the Second World War.

Today the Burma Road is a hiking trail.  Too hot to consider hiking the length now, but my family indulged me at stopping at a few spots we could access from modern roads, first at the beginning of the route off of Highway 3 and in a few spots along the way.