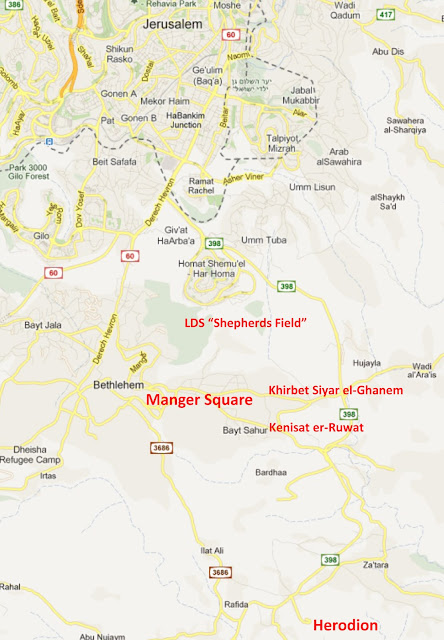 Going to Bethlehem, where Jesus was born, is always a welcome and wonderful trip.  In some ways it is a bit difficult, because it is in "Area A" of the West Bank, where the Palestinian Authority has full civil and security control, so getting there involves checkpoints, and we are always accompanied by some of our own center security to act as liaisons.

Everything went quite smoothly, though the visit was a bit bittersweet, because I realized that it would be the last time I would be going there (on this trip, at least). We go home in five weeks, which is hard to believe after having been here almost a year.

As usual, we began with a historical and archaeological site, the Herodion.  We then went to Manger Square to visit the Basilica of the Nativity, St. Catherine's, and the ancient cave systems under the church.  We then added a visit to Kenisat er-Ruwat, the Orthodox church in Bayt Sahour that commemorates the annunciation to the Shepherds.  After lunch at the Tent Restaurant, we went to Khirbet Siyar el-Ghanem, the Catholic Shepherds Field after which we went to the open hillside north of Bethlehem and south of Har Homa to the site favored by Latter-day Saints to recall the fields where the shepherds were "abiding in the field, keeping watch over their flock by night." (Luke 2:8)

I have described these sites and posted many pictures in the past:

I am rather pressed for time today, so with the exception of a few details about the Orthodox and Catholic churches "at shepherds fields," I will, for the most past, simply post pictures of each site with my Summer 2012 students. 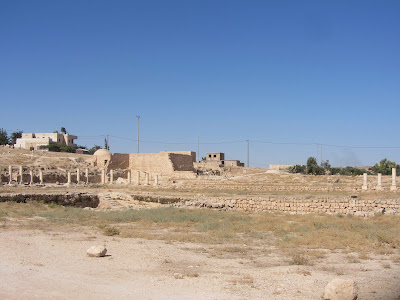 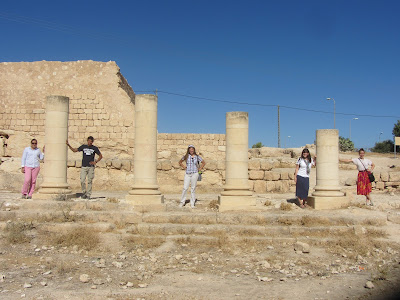 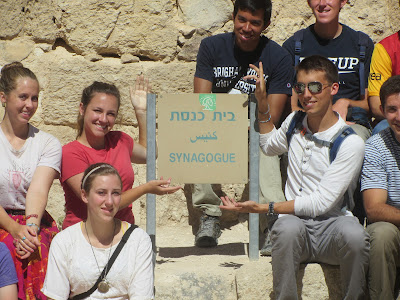 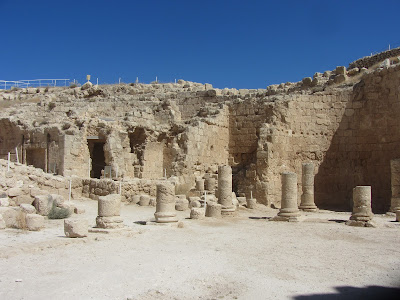 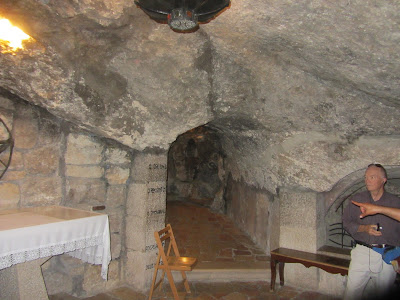 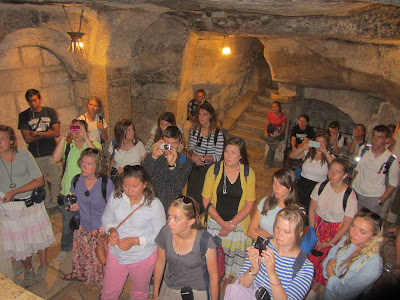 Egeria, a European pilgrim who wrote about her A.D. 381–384 visit to the Holy Land, recorded that there was a cave east of Bethlehem called "At the Shepherds."  At her time, a church had already been established in the cave, which may well be the one on the grounds of Kenisat er-Ruwat.  Three different churches were built in succession over the cave.  While these now lie in ruin, a new church has been built nearby. 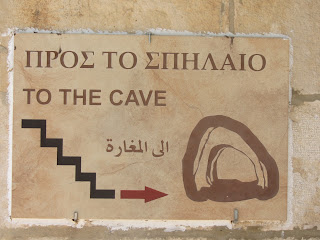 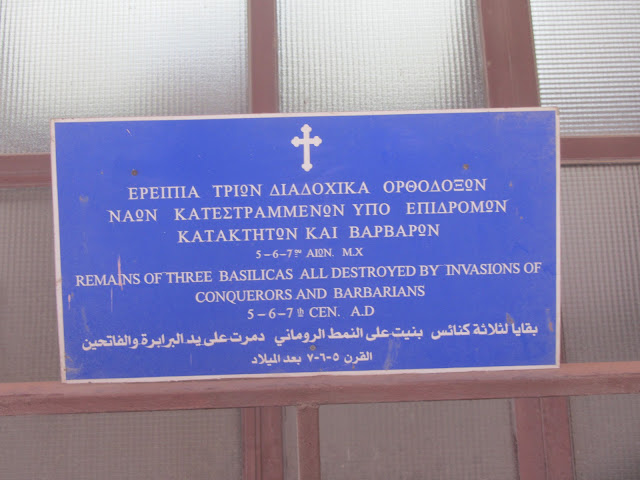 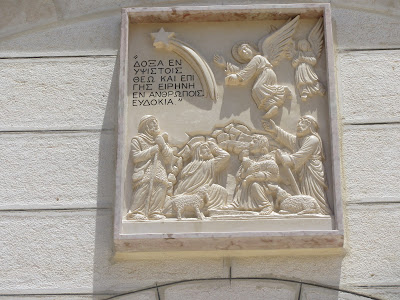 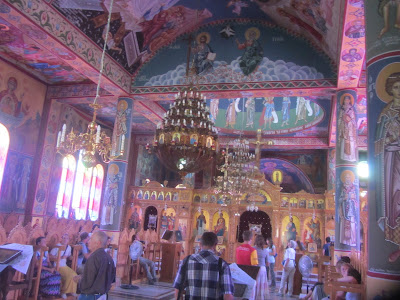 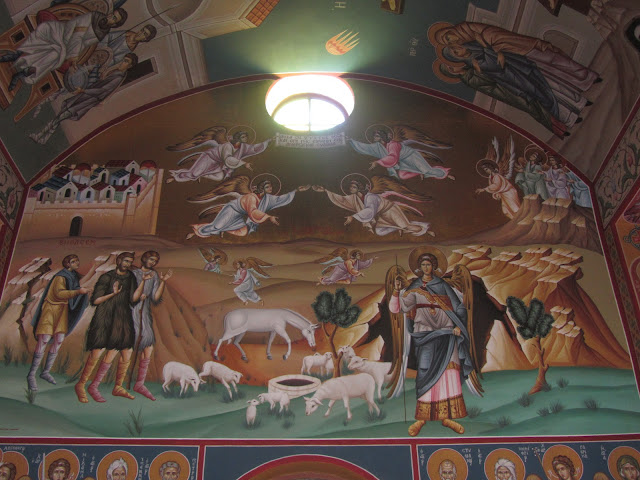 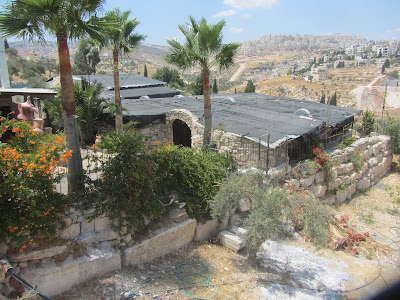 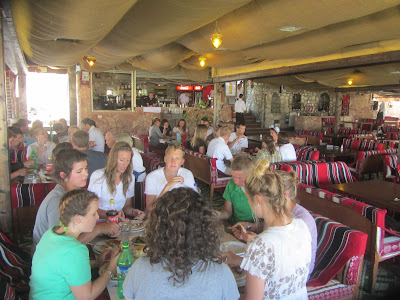 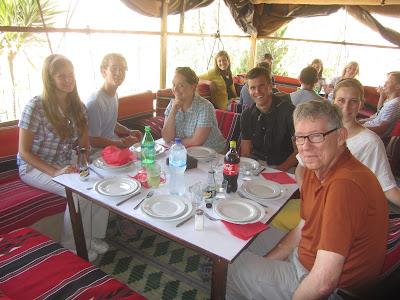 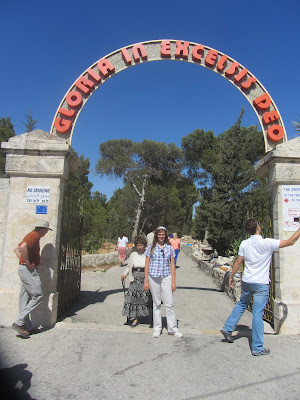 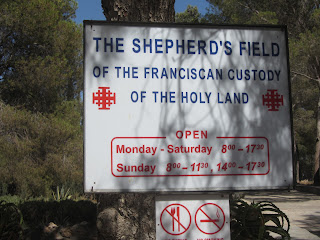 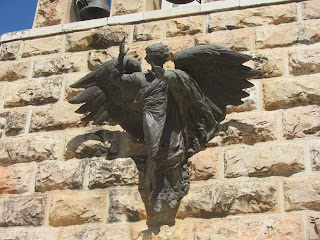 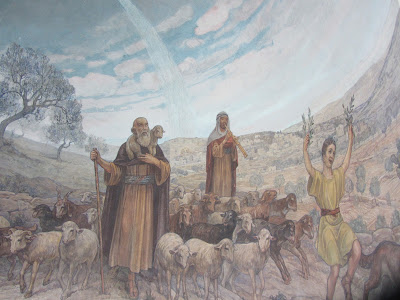 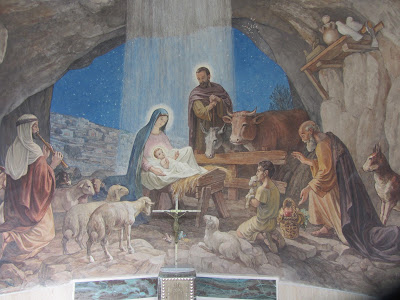 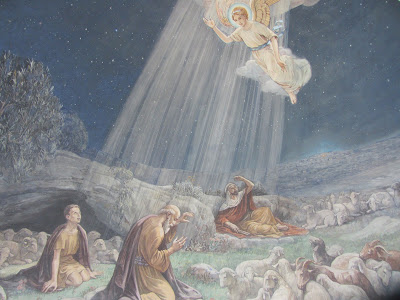 Even though it was hot sitting out on a dry, summer hillside, being on an open hillside looking over at Bethlehem was a moving experience.  We read from Luke 2 and spoke of the Annunciation to and Adoration of the Shepherds.  We then sang 7 or 8 Christmas carols.  It was a wonderful time. 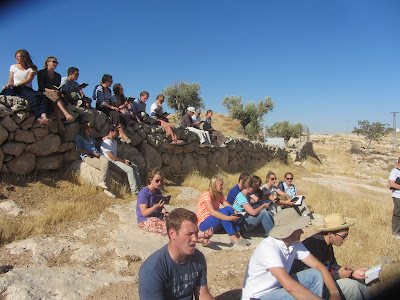 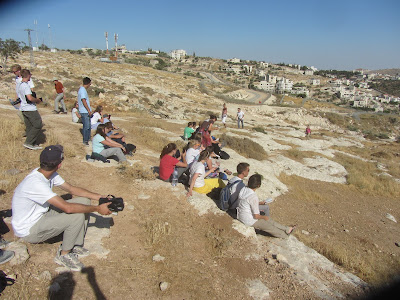 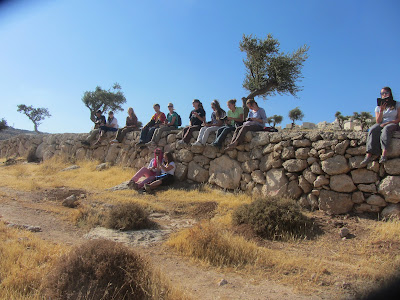 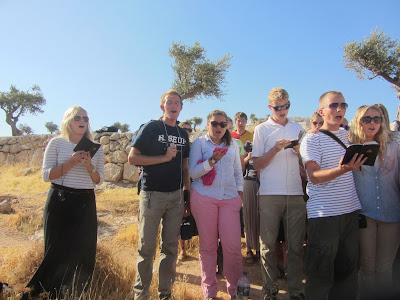 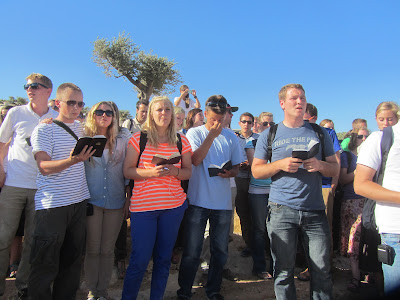 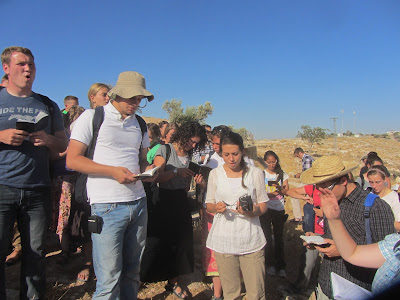