This field trip is officially called "The Jewish Quarter Field Trip," and I have referred to it before as "New Testament Jerusalem."  But I think that the most descriptive name is "Herodian Jerusalem," because the main thrust of the field trip is to show the students what Jerusalem was like in the time of Jesus and the apostles.  Admittedly the first two sites mostly show what the city was like for the elites living in the Upper City, but the most exciting part, exploring the archaeological remains around the bast of the Temple Mount, reveals what the city would have been like for all who came to admire this most wonderful of ancient temples.

In-depth descriptions of the sites and a maps of the Jewish Quarter appear in both the Fall and the Winter blog entries, so take a look at them before scrolling through these pictures of Rachel and my summer students at these same sites.


Museums in the Jewish Quarter

Although artifacts from almost every period of Jerusalem's history have been found here, the most impressive remains come from the Herodian Period, when the Upper City (today's Jewish Quarter, Armenian Quarter, and Mount Zion) constituted the wealthy part of the city. 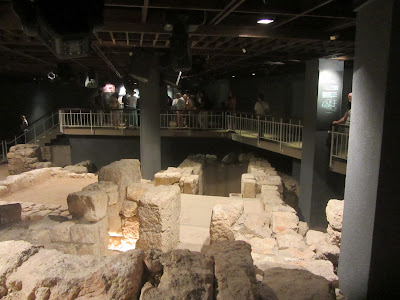 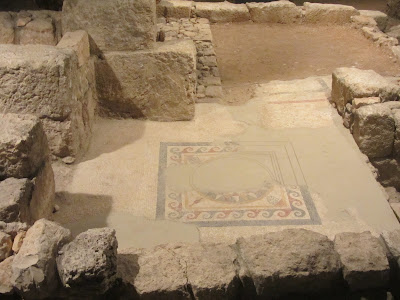 A stretch of the western wall just north of the southwest corner of the Temple Mount stretching to the Western Wall Plaza just to its north and all of the land beneath the mount to the south are part of an extensive archaeological dig called the Davidson Archaeological Park.  Here we could walk on a street from the Second Temple period and see the remains of huge stones that were pushed off the mount when the Romans destroyed the temple complex in A.D. 70.  Then sitting on the steps to the south of the so-called Huldah Gates leading into and out of the temple complex, we were able to talk about temples and have a stirring devotional. 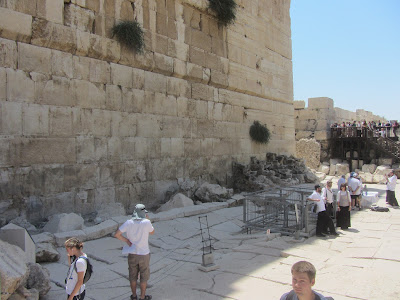 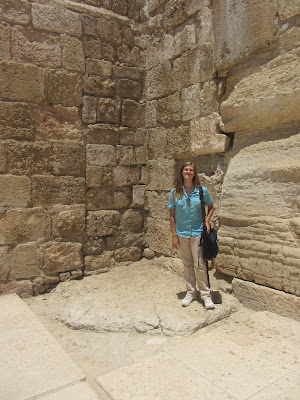