Fourth of July in Jerusalem

Perhaps not surprisingly, the Fourth of July holiday ended up being the one that has made us the most homesick.   While we certainly missed our home and other familiar activities at other holidays, we were able to keep most of our other family traditions here, and for some holidays, like Christmas and Easter, there were unique and wonderful experiences available here in the Holy Land.  Where better to be on Christmas Eve than Bethlehem?  Where better during Holy Week or on Easter than Jerusalem?

But for American Independence Day . . . well, it just was not the same.  For years our family spent the Fourth in Cedar City, our "family home," and there is something special about small town American celebrations---small but enthusiastic parades, parties in the park where parents run into old family friends, etc.  And since Nana has died, we have spent July 4 in Provo, which has positioned itself with the ultimate of Freedom Festivals.  New traditions include watching Rachel march in the parade with the Timpview Band, watching hour after hour of Revolutionary War documentaries on the History Channel, cooking out, and making home made ice cream.  There is always a neighborhood party, and there are fireworks from the Stadium of Fire to watch at a distance. 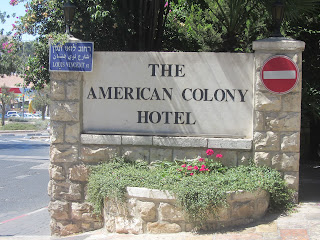 While we did have classes first thing Wednesday morning, we had the rest of the day free.  At home it would have been a holiday, so I decided not to grade, work on class prep, or study.  Instead Elaine and I went to the American Colony Hotel for lunch.

The American Colony in Jerusalem has an interesting history.  It was founded just north of the Old City Walls i 1881 by a group of American and Swedish millennialists.  Its co-founders were Anna and Horatio Spafford, devout Christians from Chicago.  After having experienced a horrible tragedy, the loss of their four daughters in a shipwreck, they decided to leave their home and move to the Holy Land to await the return of the Lord.  Many know Horatio Spafford as the author of the lyrics of "It Is Well with My Soul," which he composed as he dealt with the death of his daughters. 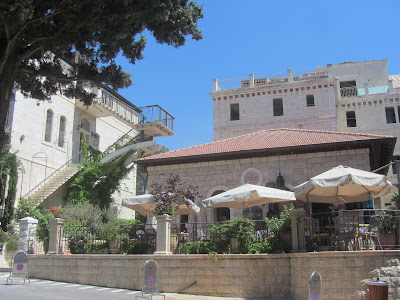 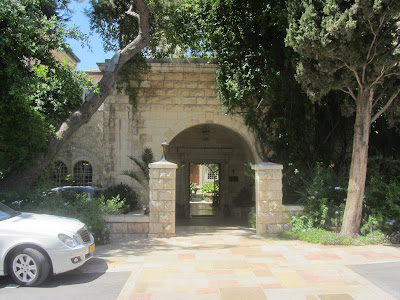 Their community started just inside the Damascus Gate, within the walls of the Old City, but later it bought the villa of a wealth pasha.  This villa and its surrounding buildings became the heart of the American Colony, which still gives its name to a neighborhood in East Jerusalem.  This community maintained good relations with all parties---Turkish occupiers and Muslim, Jewish, and local Christians alike.  Later the villa became a hotel, and this is where Elaine and I thought it would be appropriate to have lunch on American Independence Day. 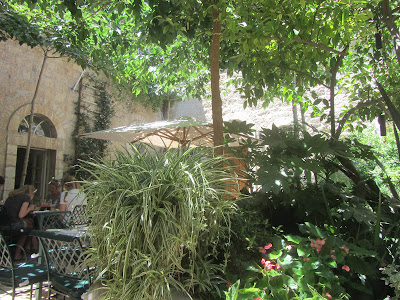 Our "lunch" turned out to be a pricey affair, but we had always wanted to visit the American Colony.  Afterwards we wanted to see the nearby Tomb of the Kings, but unfortunately it was closed.  We did pay a visit to St. George's Anglican Cathedral, also nearby, before driving up to the Sanhedria neighborhood, where we wanted to see some other Second Temple Period tombs, though that visit was also frustrated. 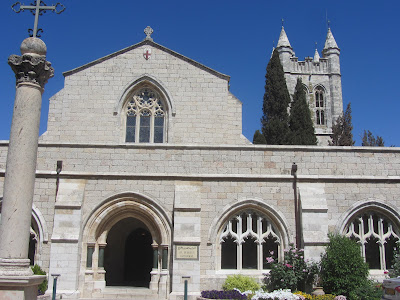 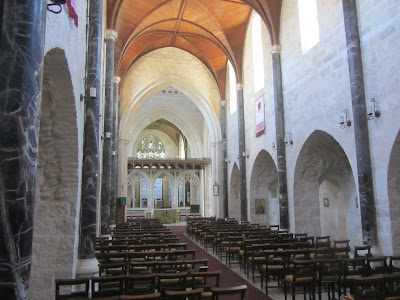 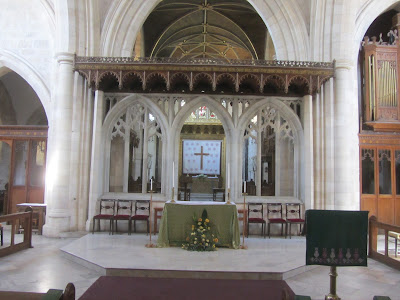 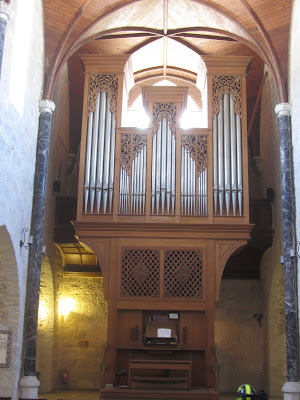 That evening at the center, our kitchen staff had a cookout and feast to celebrate the Fourth of July.  I put together a playlist of patriotic songs to play while we ate, and we enjoyed celebrating together from afar.  But in this case, there is no place like home! 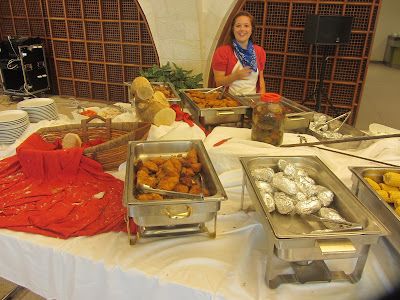 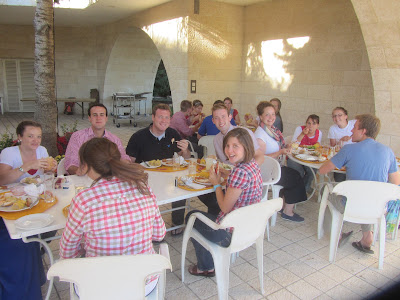