A Day in the Old City with Rachel 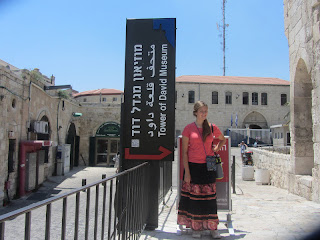 After spending four days in Jordan with Elaine, I spent most of our day off today with my daughter.  Rachel and I drove into town and parked in in the Mamilla Shopping Center across from Jaffa Gate, where we could easily walk into the Old City.  We spent a couple of hours at the Tower of David Museum and then did the rampart walk from Jaffa Gate to Lion's Gate. 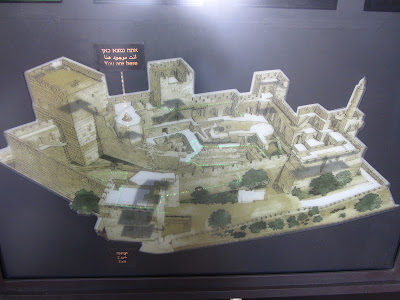 The Tower of David Museum is located in a fortress properly known as the Citadel, though it is also called the Tower of David.  I had taken Elaine here back on October 10, but one of the advantages of living in an area so long and revisiting some of the sites is that one notices things that he or she missed the first time.  Going to that link will provide more background of the Citadel, and it also has several video clips that Elaine and I filmed then, including a video tour of Jerusalem from the Phasael Tower. 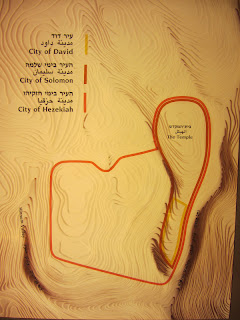 Jerusalem expanded onto the Western Hill across the Tyropoean Valley from the City of David and the Temple Mount at the time of Hezekiah.  This area now comprises the Jewish Quarter, the Armenian Quarter, and Mount Zion.  After the Babylonian Exile, Jerusalem expanded into this area again in the Hellenistic Period under the Hasmoneans, when it became known as the Upper City.  This area was protected by deep valleys on most sides, except the northwestern corner was exposed, so Herod built three massive towers here to protect the city.  Together they comprised a strong fortress just north of his palace, which was along the western wall of the city.

When the Romans destroyed the city in A.D. 70, they left these three towers standing, together with a section of the western wall, both to serve as a reminder of the strong city that they had taken but also to serve as the legionary camp of the Tenth Legion that they posted amidst the ruins.

When the Arabs took the city in A.D. 638, they built their own fortress on the site, using the foundations of the towers as the basis of their new citadel.  Subsequent rulers of Jerusalem---the Crusaders, the Mamluks, and then the Ottoman Turks---rebuilt and modified the citadel.  Though King David's Jerusalem had never extended to this area, the tall minaret of the mosque that the Turks had built in the citadel came to be known as "The Tower of David." 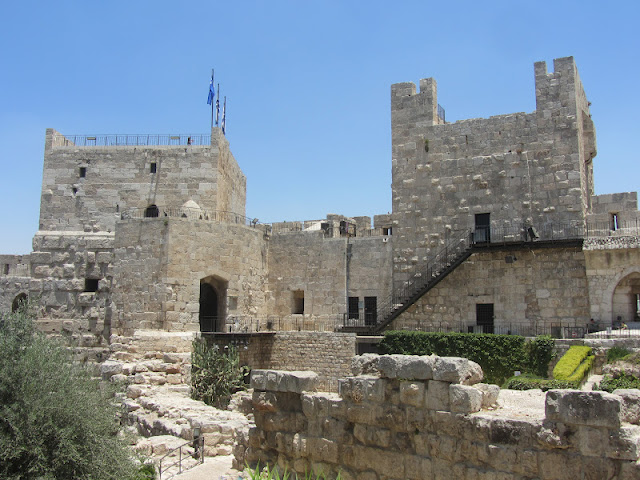 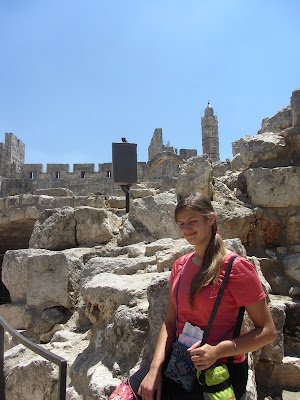 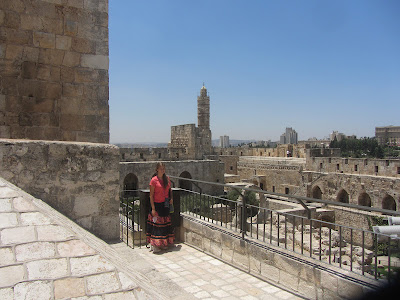 The modern museum in the Citadel provides a great way to learn, or review, the history of Jeruslaem.  A somewhat cheesy, animated movie goes through the entire history of the city, noting each period.  Exhibitions in separate rooms around te Citadel illustrate these periods: Canaanite, Israelite/Kingdom of Judah, Hellenistic, Herodian, Late Roman and Byzantine, Early Muslim, Crusader, Mamluk, Turkish, and British.

In one of the basement exhibition rooms is an interesting model of Jeruslaem made by Stefan Illes in 1878. 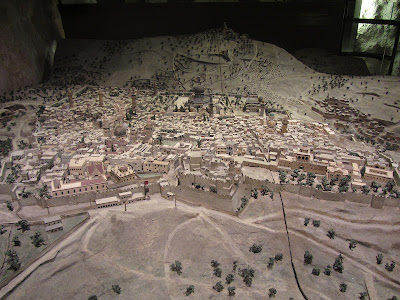 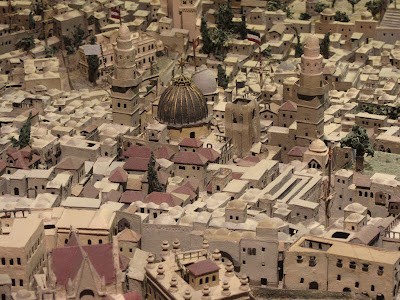 Climbing to the top of the tallest tower, which still bears the name of Herod's brother Phasael, affords great views of Jerusalem, both the Old City to the south, east, and north and modern Israeli West Jerusalem to the west. 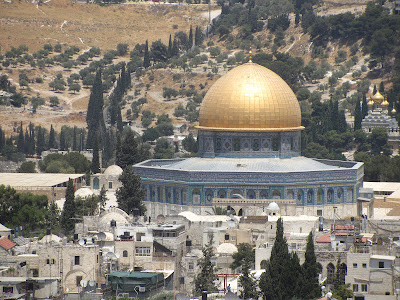 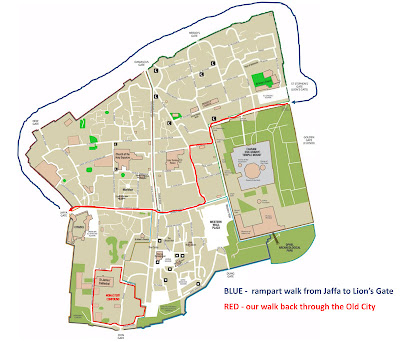 Back on December 22, Rachel, my niece Lindsay, and I had gone on the "rampart walk" along the top of the city walls from Jaffa Gate south and then east to Dung Gate.  That course comprises about 25%  or so of the wall's total circuit around the Old City.  Today Rachel and I again started at Jaffa Gate but went the other way, north and then east and then south, all the way to Lion's Gate, which is right next to the Haram es-Sharif or Temple Mount.

This walk allowed us to see a lot of familiar sites and locations from a different perspective, for instance, looking down on both sides of Damascus Gate.  Rachel also discovered a panorama feature on our small red camera, so I have included a number of those shots below as well.  The panoramas can only appear so large on the blog, but if you click them, you can view them in a much larger size. 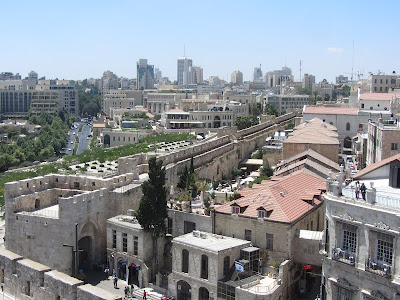 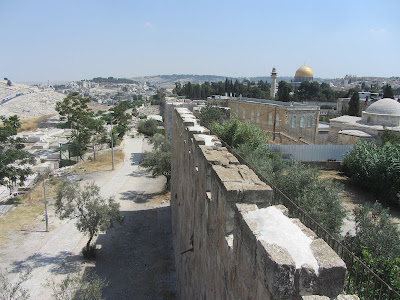 Walking Back through the Old City 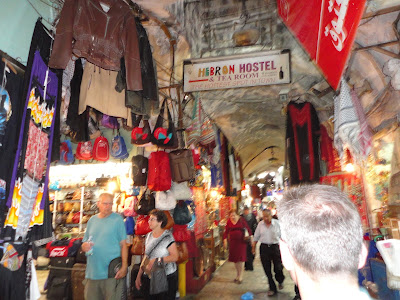 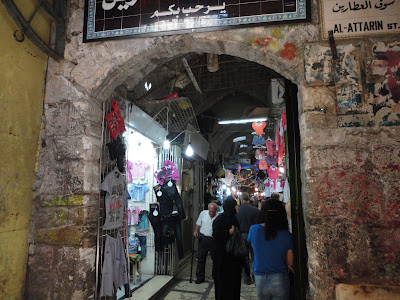