Starting Galilee Early with My Family

On Monday the students start their 10-day rotation to Galilee and the north part of Israel.  This is always a highlight of the semester, leading to our return to Jerusalem to study the end of Jesus' life right before the students (and this time, we) return home.

Usually the faculty go with the students for the entire rotation, and our families join us for a long weekend.  But since all the children are now out of school, the families relocate with us for the entire time, staying in the "holiday village" operated by the `En Gev kibbutz right on the Sea of  Galilee.  The first day is a busy, long field trip, and we knew that being all day on a bus with loud students would be too much for Samuel.  So we got permission to leave Jerusalem a couple of days early, which also afforded us one last family trip in the Holy Land.

So, right after sacrament meeting, we packed the center's SUV and headed down to Jericho and then up the Jordan River Valley.  We then cut across from Bet She'an to Afula and went north to Nazareth (B on the attached map).  We have been there as a family before, so our goal this time was The Nazareth Village, a historical simulation showing what life in a first century village would have been like.  We then drove through Cana (C), where the first miracle (at least according to John) was performed.  Doubled back to Nazareth for dinner and then headed to Teverya (Tiberias, D), where we are staying for two nights before we can move into our accomodations at `En Gev. 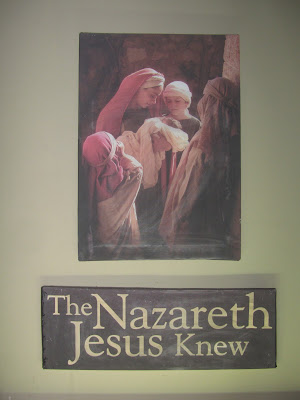 The Nazareth Village is an evangelical Christian ministry that tries to help visitors see what life would have been like in a small Galilean community at the time in Jesus.  Over from the Old City of Nazareth and up the hill a bit next to the YMCA, remains of a first century farm have been found on the site.  The vineyards, winepress, and other aspects of the farm have been restored.  Actors represent shepherds, farmers, and weavers, and a synagogue of the size and type that would have served Nazareth have also been built on the property.

Having been to Neot Qedumim for biblical flora and fauna, participated in the Jerusalem Center's olive picking and pressing, and having visited the Sidre Weaving Center in the Negev, little of this was new to us.  But for one-time visitors, this may be a good way to get a feel for village life of the period, and it was certainly neat for the children to see it on the scale and near the place where Jesus was raised. 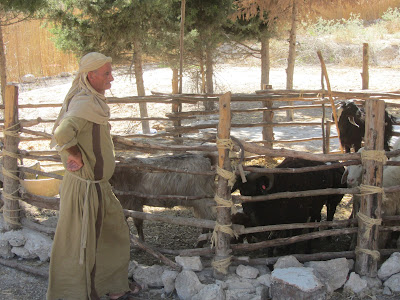 Here is a video montage composed of clips that I filmed while at the Nazareth Village: In the Arab town of Kfar Kana, just over the hill from Nazareth, are two churches that commemorate the first miracle recorded in Gospel of John, the turning of water into wine.  The Orthodox church was closed by the time that we got to Cana, but the beautiful Catholic church was open.  Like many Franciscan churches in the Holy Land, it is built over the ruins of earlier churches, presumably Byzantine and Crusader.  Worth mentioning is the altar piece, which includes six clay water pots, reminiscent of the ones that Jesus had filled with water and from which, miraculously, fine wine was drawn.

I have written on this miracle, in the second section of an article entitled “And the Word Was Made Flesh: An LDS Exegesis of the Blood and Water Imagery in John,” Studies in the Bible and Antiquity 1 (2009), 51–65.

Also in Cana was a lovely little church (also closed) in honor of Nathanael, who was from Cana.  In its yard was a cemetery where many local Christians were buried. 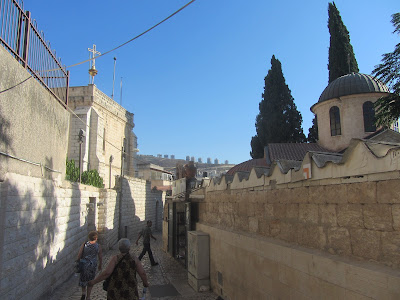 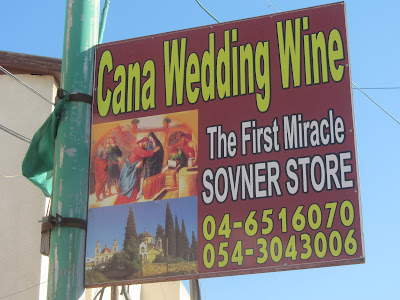 We drove back to Nazareth so that Samuel could get McDonalds for dinner.  While we were there, we went up on the hill to get some panoramic shots.

Finally, here is a video clip of the same panorama: