Our final day in Jordan started in the capital, Amman, where we went to the Roman-era Theater, visited a costume museum illustrating Palestinian and Jordanian costumes from the past few centuries, and then the neighboring Odeon, or Classical concert hall.  We then picked up lunch and drove on to Baptismal Site of Jesus in the Jordan River Valley.  There, far below sea level, it was incredibly HOT, 42ºC (107.6ºF) in the shade and as much as 50ºC (122ºF) out in the open.  We then drove to the border where we took leave of our friend Yousef, crossed the Jordan, said goodbye to our driver George, and were processed by Israeli immigration.  Then it was the bus ride back home to Jerusalem!

Theater and Odeon in Amman

The theater in Amman is a typical, large classical theater.  We mostly gave the students free time here.  After walking through the neighboring museum, we went to the Odeon, which in antiquity was a smaller, covered theater used for musical concerts and as a meeting place for the city council.  There we sang a medly of songs chronicling the Restoration: "O How Lovely Was the Morning," "An Angel From on High," "The Morning Breaks," and "High in the Mountain Top."

We closed by singing a rousing rendition of the Cougar Fight Song!

Since early Byzantine times, this site has been identified as Bethany beyond the Jordan, where John the Baptist in the wilderness of Jordan preached repentance and baptized those who came to him.  We had a very moving devotional there on the banks of the river.  I read the account from Mark 1 and talked about Jesus' baptism and our own, after which we sang "The Baptism Song" from the children's songbook.  After reading and discussing the theology behind baptism from 2 Nephi 31, we sang "Come, Follow Me" and Jared Ludlow prayed for us. 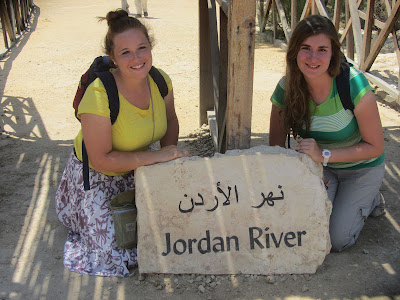 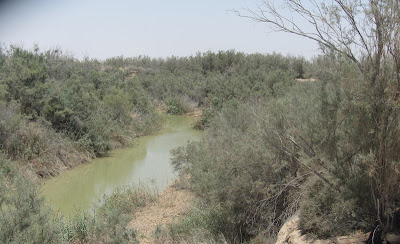 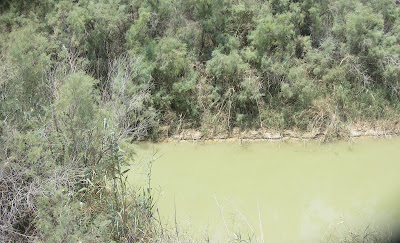 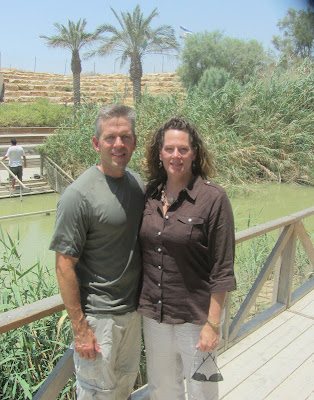 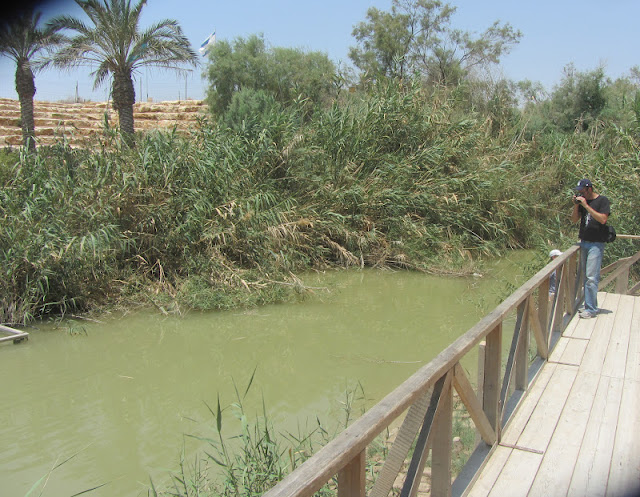 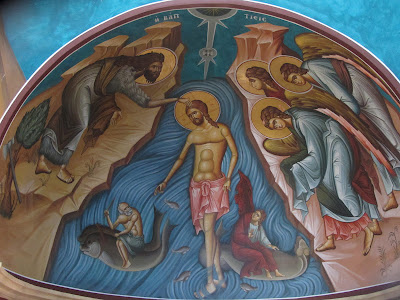