Today we took the students to the City of David.  Because Rachel is still out of school for Sukkot, she was able to go with us. Because I gave the background and described the sites associated with the City of David in some detail in an earlier post already, I am plan is to start today's update with a highlight video and then just post pictures and a couple of more clips.  My friends and family will want to see Hezekiah's Tunnel, which we did not do last week, and some pictures of Rachel at the sites.  A lot of the material here, however, is provided mostly with a view toward my students' family and friends, some of whom have been accessing this blog to see their own people.

Below is the highlight video, perhaps a bit long because Rachel got several clips of her Dad teaching (the highlight function is automatic, so I am not really able to select clips or cut things):


For those familiar with Jerusalem Center rules, let me explain the picture above and some of the frames in the video below of me in seeming shorts.  They were not shorts.  They were my Columbia field pants, which are what are called "gators."  They unzip below the knee, so right before we entered Hezekiah's Tunnel, I unzipped and took of the bottoms.  And yes, after I had dried out (post Pool of Siloam) they were zipped back on lest I be a bad example for the students.


My colleague Steve Harper was ill today, so Jared Ludlow took Steve's group today, which left me on my own.  I think I did all right, though I made wrong one turn and somehow, because of our haste to get into Warren's Shaft I missed the Royal Tombs of Judah (will need to show them my video of that in class tomorrow. 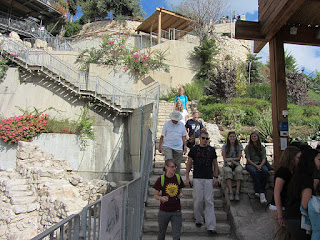 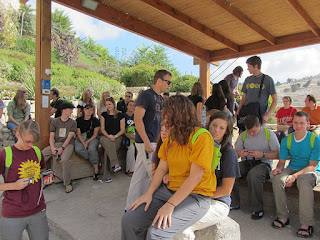 The best part of today's trip was taking the students through Hezekiah's Tunnel.  After the still pics, I am posting a video of our trip through the tunnel that combines several clips.  It is a bit dark to see things sometimes, but it give a feel for what it is like to go through the tunnel. 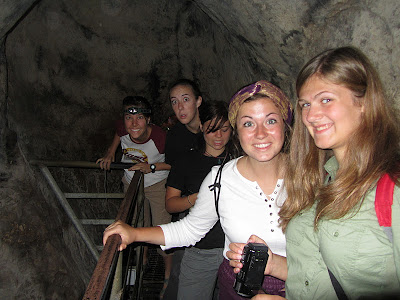 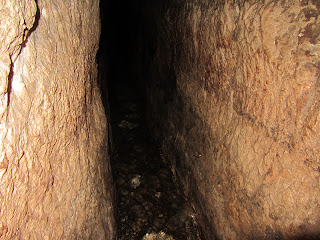 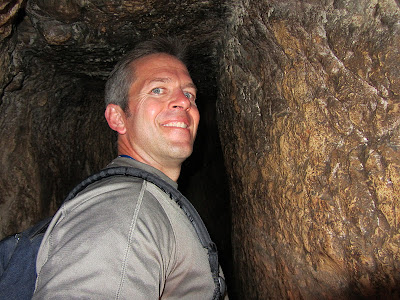 The tunnel currently opens up into a "Pool of Siloam" that is actually much later than the one at the time of Jesus.  Still, it is fun to celebrate "getting through" there before going to the Second Temple period pool, which is where Jesus and his disciples would have visited and where the miracle of healing the man born blind was completed. 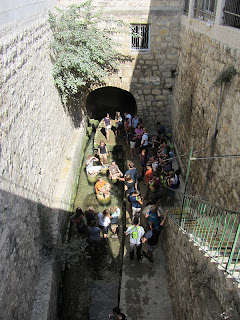 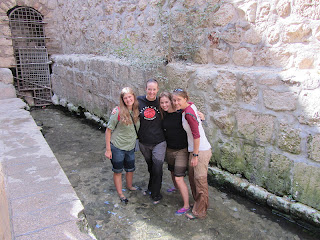 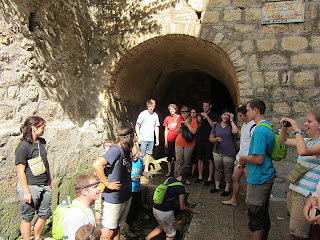 Our time at the actual Pool of Siloam turned out to be one of the most moving experiences of my time in the Holy Land so far, because it was my first chance to teach my students about the Gospels and bear testimony of Jesus.  I lost control of my emotions, a bit when teaching and even more when we were singing "Come, Follow Me," especially when the line says "then let us in his footsteps tread."

Had an interesting encounter as we left the Pool of Siloam. As we were leaving, the Israeli parks official, whom I saw watching us as I taught down at the pool, said, "You have an interesting theology.  You obviously love Jesus, but you seem to love temples and Jews, too."  We do not talk about the gospel here in Israel to people outside of our own faith community, but I think he got us right!  So I just smiled, and we moved on. 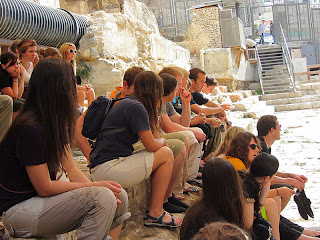 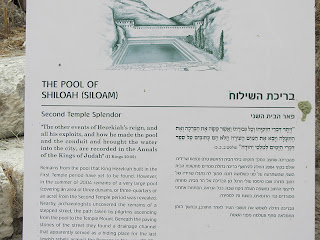 Like we did in our faculty pretrip last week, we went up the Herodian water channel tunnel and then walked home through the Kidron Valley.  We talked about the application of Psalm 23's "though I walk through the valley of shadow and death" and then took pictures of the Maccabean-era tombs there before catching vans back to the center. 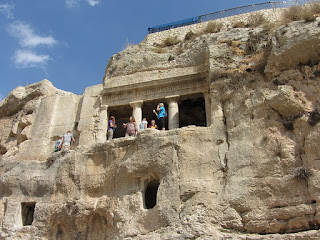 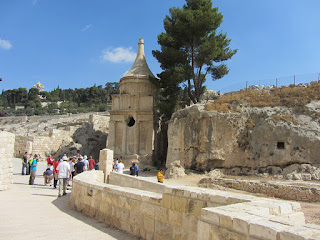