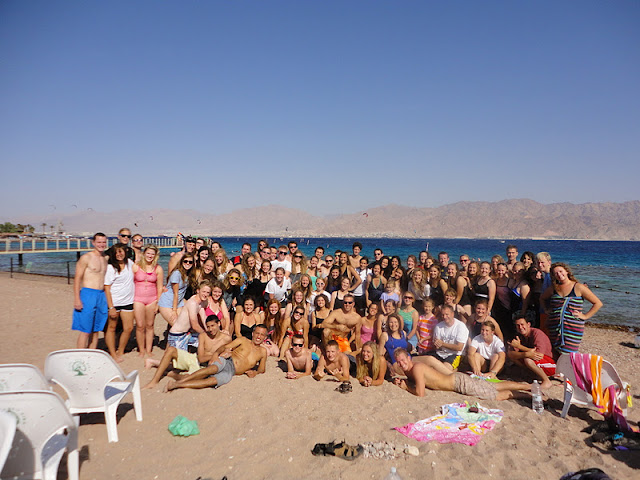 Today was a "vacation" day, for lack of  a better term.  The student Out-of-Center Activities Committee organized a day trip down to Eilat, which lies on the southernmost tip of Israel on the Gulf of Aqaba, which is at the head of the Red Sea.  This was quite a drive, almost three and a half hours each way along the Dead Sea and then down the Rift Valley to the gulf.

We could see the Jordanian port of Aqaba flying a huge Jordanian flag just across the bay, were only a couple miles away from the Egyptian border crossing, and were probably only 20 miles or so from Saudi Arabia.  Interesting neighborhood. 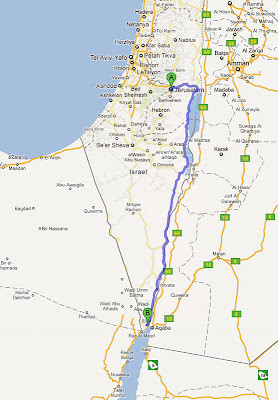 The Red Sea is known for its corals and marine fish, so the activity centered on snorkeling.  We spent most of it at an Israeli Nature Reserve.  There was a small semi-circular area where people could swim right on the (very rocky) beach.  But the main activity would be to walk on a long footbridge out over and past the reef, where one could then swim on the far side of the reef and enjoy the corals and marine life.

It was not easy at first.  Even with a life jacket on Samuel, it was too hard for me to handle him in the deep water with the strong winds, current, and waves slapping us around, especially since he had a hard time using his snorkel.  But after that failed attempt, he was pretty content to swim in the "lagoon" right off the beach. I spent a lot of time with him there, and he pointed out that right under the buoy line he could see several "fish villages," which I thought was an apt way to describe the coral reefs. 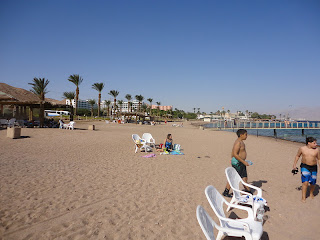 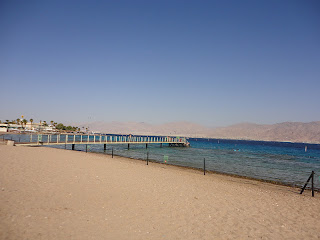 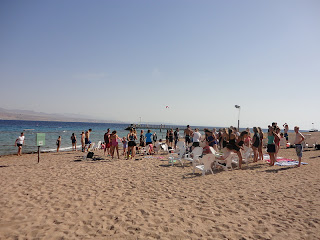 I had one long swim with Elaine down the reef from north to south, and she and Rachel did it several more times.  Otherwise, I just enjoyed relaxing on the beach "off the clock," since I was just there as a guest and had no official duties.


After we showered off and changed, the buses took us back to Eilat proper, where we walked along the promenade, gawked at the huge hotels, and got Samuel a Happy Meal at a non-kosher McDonalds. 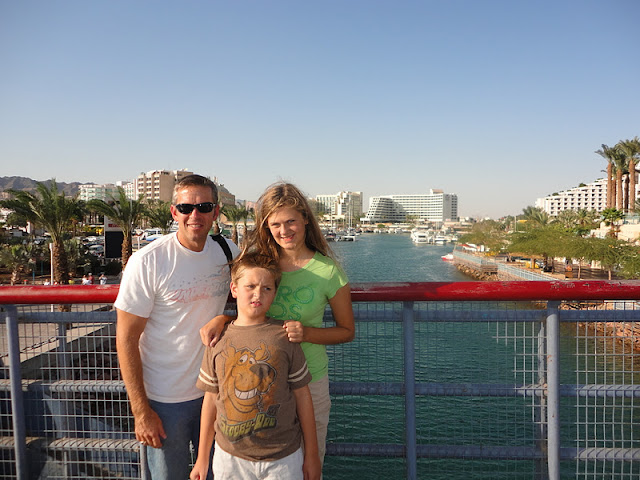 We had dinner at the Israeli equivalent of a truck stop in the middle of nowhere Negev Desert and then got back to the center about 10:30 p.m.  So it was a long day but a fun and welcome break for Elaine and the kids.