Negev Field Trip (10/3/11): Today we took the students to the Negeb or Negev region of Israel.  Originally negev meant "dry land," but it has come to mean "the south."  This was the region where Abraham, Isaac, and Jacob roamed in Genesis.  Some of their nomadic lifestyle is still captured in the lives of the Arab Bedouin tribes that not live here. Before we go further, watch the following highlights video to get a taste of where we were and what we did:


Driving due west from Jerusalem (E on the map below), we skirted around the southern part of the Palestinian territories, the part the Israelis still call "Judea," to come first to the Bedouin town of Lakiya (B). 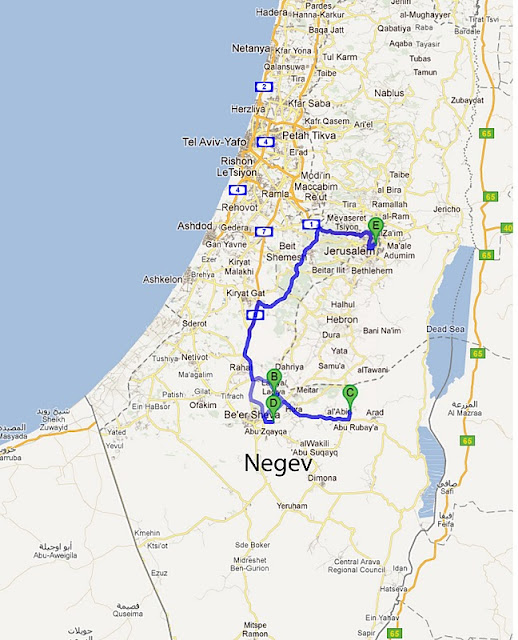 Here we visited the Sidreh Foundation, an organization that seeks to increase the literacy and economic status of Bedouin women by helping them develop and market their traditional handicrafts.  Sitting under a traditional tent of spun goat hair, we listened to the matriarch of the organization, one of the first Bedouin women to get an education and learn to drive.  After hearing her life's story, she demonstrated some of her people's crafts to us. 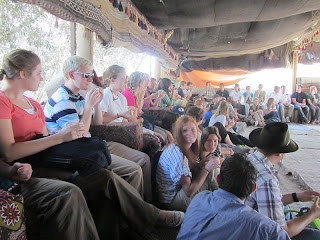 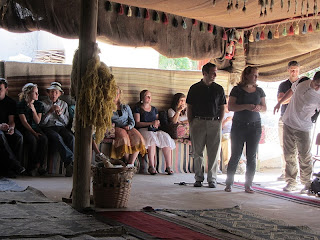 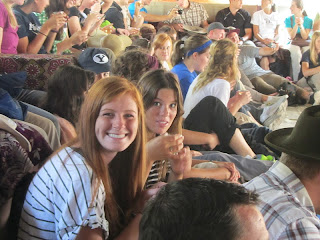 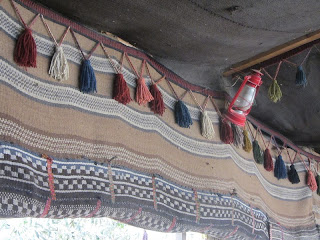 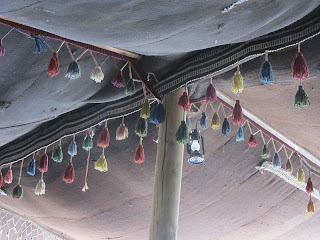 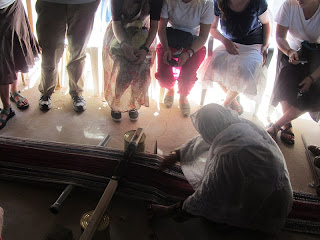 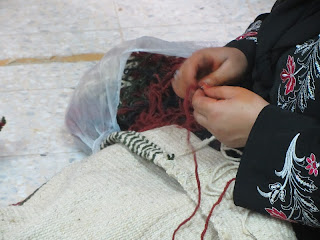 Lakiya is a Bedouin town, an Israeli-recognized community where they people have largely given up their nomadic ways of life.  We then drove farther, seemingly into the middle of nowhere, to a Bedouin encampment where they were still living their more traditional nomadic lifestyle. 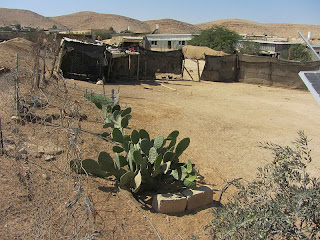 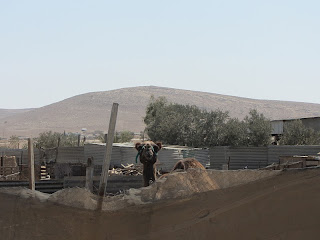 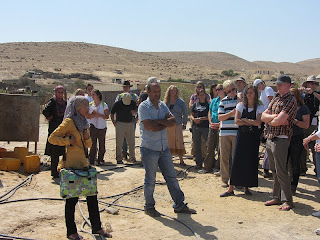 Details of the next two sites we visited, Tel Arad and Tel Sheva, have already been posted as the Beersheba and Arad Pre-Trip.  Go there for more pictures, including of the Israelite temple or sanctuary at Arad (C on the map above).


After Dr. Skinner had talked to the students about the site, I talked about the seeming injunction in Deuteronomy against worship outside of Jerusalem, and we discussed how this may have arisen largely from the later reforms of Josiah and Hezekiah. Standing in front of the Holy of Holies, we had a chance to talk about temple worship, past and present, which led us to sing "We Love Thy House O God." 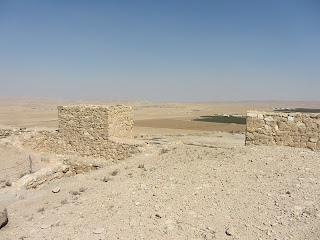 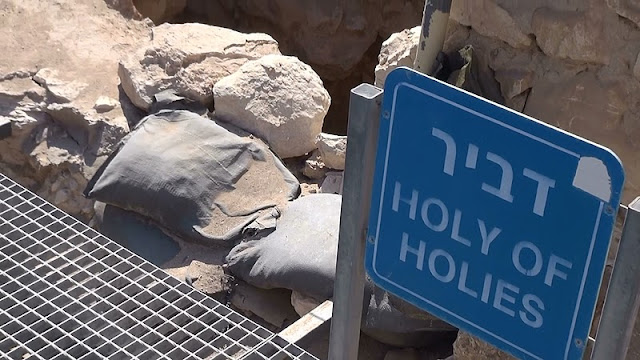 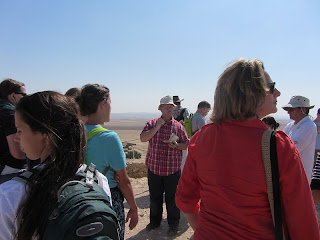 We then went to Be'er Sheva (D), more commonly known as Beersheba in the KJV Bible.  This southernmost Israelite settlement was often used to demarcate the frontiers of biblical Israel in the geographic formula "from Dan to Beersheba."  All the patriarchs (and matriarchs) pitched their tents here or near here.  We ready from Genesis 21, 26, 28, and 46 in connection with the activities of Abraham, Isaac, and Jacob here.  I also read the beginning of a 1973 article by A. Theodore Tuttle called "Altar, Tent, Well," which quite movingly drew lessons from the life of Isaac.  Not as famous as Abraham or Jacob, Isaac built an altar, pitched his tent, and dug a well at Beersheba, showing through simply faithfulness and hard work how we can all worship, take care of our families, and work.  Talking about the promises made to the patriarch led us to sing "Faith of Our Fathers." 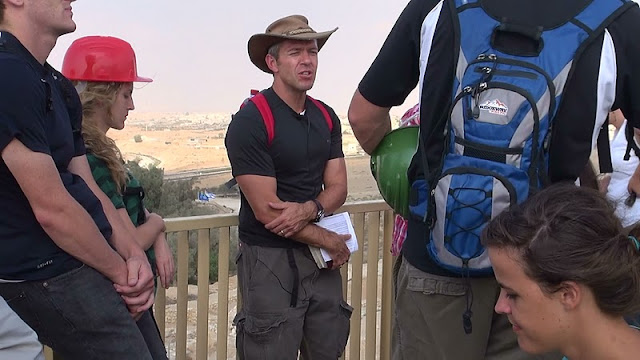 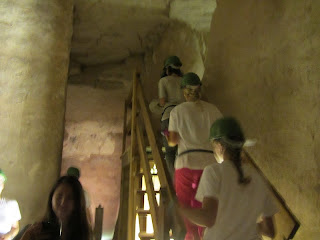 As I noted, more (and better) pictures of Arad and Be'er Sheva can be seen at an earlier post, Beersheba and Arad Pre-Trip.  After a REALLY long day, we returned to Jerusalem (E).
Posted by Eric D. Huntsman at 12:42 PM