We have two groups for the Israel leg of our tour. Dan Peterson of BYU's Arabic department is the "headliner" on the first bus, and I am on the second bus. We each have a Palestinian driver and, as law requires, an licensed guide. Our driver is named from Bethlehem and is named "Johnny." Our guide is from Bayt Hainina, an Palestinian neighborhood in the north part of East Jerusalem and is named "Victor." I am pretty sure that these are just work names that are easier for foreign tourists to pronounce.

After driving by Old Jaffa see yesterday's post), we had our bus devotional, offered by a friend of mine from Philadelphia. Every day one of our group shares a scripture and a thought, we then sing, and the person doing the devotional offers our morning prayer. We then drove north to the site of ancient Caesarea Maritima, or "the town-named-in-honor-of-Caesar-on-the-sea." The coast of ancient Judea had precious few ports, so Herod the Great began an ambitious project to build an artificial port, a Roman-style city, and a handsome palace for himself on an artificial peninsula that extended into the sea. While he ruled from Jerusalem, he might have preferred his time in Caesarea, where he could "let down his hair" and live more like a Gentile. 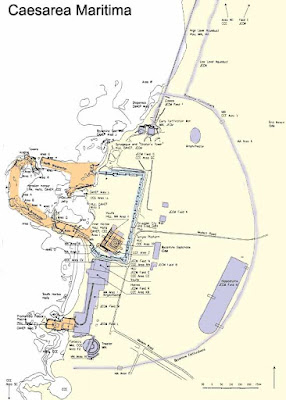 Herod's kingdom was divided into three parts after his death in 4 B.C., and the largest part (Samaria, Judea, Jerusalem, and Idumea) went to his son Herod Archelaus. This son ruled so poorly that the leading Jews of Jerusalem asked the Roman government to send them a Roman governor instead. From A.D. 6-41, the governor lived here, ruling from Herod's old palace and only going up to Jerusalem on special occasions. The Herodian kingdom was briefly restored under Herod Agrippa I from A.D. 41-44. After that Judea became a Roman province again with a governor in Caesarea, through the Jewish revolt of A.D. 66-72 interrupted Roman rule. Caesarea was then the capital of the new Roman province of Syria Palestina, and it remained an important city throughout the Byzantine period. It dwindled under early Islamic rule until the Crusaders took it and refortified it. The Mamluk sultan raised the city when he retook it from the Crusaders.

Caesarea was important for us on this trip because a) this is where Peter baptized the Roman centurion Cornelius, opening the door for the gospel to be taken to the Gentiles. After Paul's arrest in Jerusalem, he was brought to Caesarea, where he was kept in prison for 2 years until he was tried before the governor Festus and the next generation Herodian, Herod Agrippa II. I led a devotional based upon Acts 25, and we sang "It May Not Be on a Mountain Height" before I offered prayer. 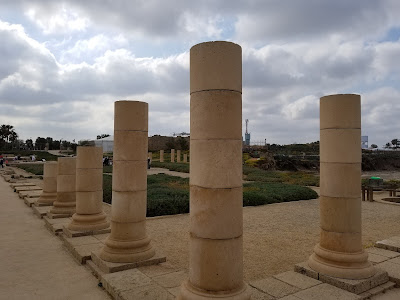 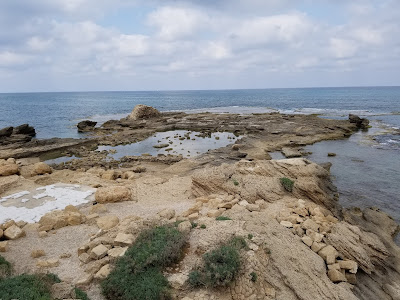 A Carmelite monastery on the ridge of Mount Carmel commemorates Elijah's epic context with the priests of Ba`al. It is called Muhraqa (Arabic, "Place of Sacrifice") because this is where the Lord honored Elijah's sacrifice and the pagan priests failed. For our devotional, I read from 1 Kings 18 and applied it to our time before we sang "Who's on the Lord's Side, Who?" We then went up onto the roof of the Carmelite monastery to look out over the Jezreel Valley.

Visiting Nazareth and telling the stories of the Annunciations to Mary and Joseph is always one of the most tender moments on any Holy Land tour. We read from Luke 1, sang "Ave Maria," read from 1 Nephi 11, and paraphrased President Hinckley's famous statement that there would be no Christmas if there had not been Easter. With that in mind, we sang "God Loved Us So He Sent His Son." I then talked about Joseph and how he serves as such a touching model for all husbands and fathers.

We ended our long day by driving up to Mount Precipice, where I made up the Nazareth synagogue scene of Luke 4 (we had gotten their too late to go to the so-called "Synagogue Church"). Then I talked about the Transfiguration from all three Synoptics before I had us sing “We’re Not Ashamed to Own Our Lord,” which has some stirring verses about the second coming. 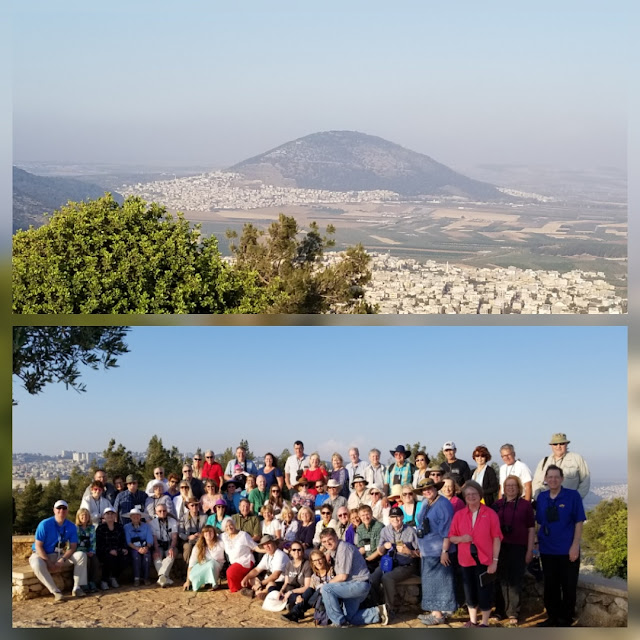