Most of our group left for the airport last night right after our farewell dinner. We saw some others this morning who were going to Egypt with Dan Peterson, but two couples, the Paces and the Wrights were staying a bit longer, so Rachel and I spent some time this morning taking them to the City of David National Park.

The site is, to be honest, a bit controversial. It is a very important archaeological site representing the earliest settlement area, both Canaanite and Israelite, in the Jerusalem area. But today's City of David also lies in what was formerly part of the Arab neighborhood of Silwan. 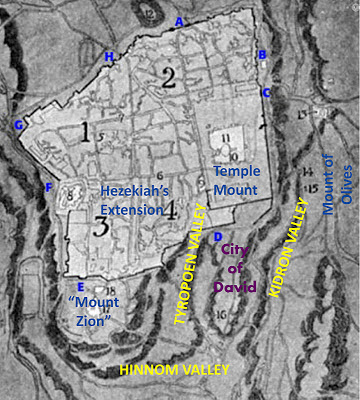 While today's City of David is outside the current Old City's walls, which are Turkish dating to A.D. 1538 and follow the course of the earlier Hadrianic Roman walls of c. A.D. 135 (but not the more extensive Byzantine walls of Jerusalem's Christian three centuries), it was always the heart of Jewish Jerusalem. 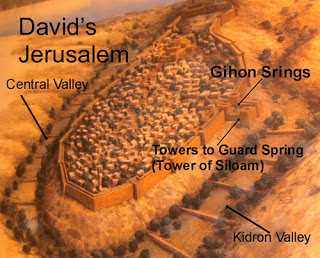 The earlier Canaanite city and the City of David itself were situated on a narrow "thumb" of land extending south from Mount Moriah, later known as the Temple Mount.  It had steep valleys on the other three sides---the Central Valley on the west, the Hinnom Valley on the south, and the Qidron Valley on the east.  The Qidron Valley continues northward, separating the Temple Mount from the Mount of Olives on the east.  Interestingly, the City of David and the slightly higher Mount Moriah to its north are NOT the highest of the hills of Jerusalem.  The Western Hill (appearing here labeled as "Hezekiah's Extension" and "Mount Zion") and the Mount of Olives to the east are much higher.  But the reason that the City of David was chosen for settlement first is because it is the only hill with a good, constant supply of water in the form of the Gihon Spring.


There are a lot of interesting First Temple period excavations to look at in this park, though some of them, like the important stone retaining wall of Area G, were not readily viewable because of renovation projects going on in the park. Also, given our friends' interest and our rather tight time schedule, we hurried on to the probably the most interesting part of the City of David, which is Hezekiah's Tunnel.

Hezekiah's tunnel was built in advance of the Assyrian siege of Jerusalem in 701 B.C. It brought the waters of the Gihon Spring into the expanded city of Jerusalem, funneling them under the City of David into the new Pool of Siloam at the base of the Central Valley, which was within Hezekiah's expanded city which now included the Western Hill. 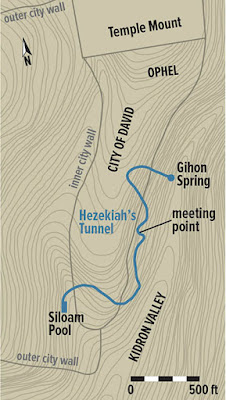 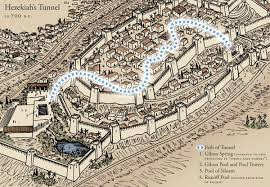 So we doffed our shoes for water socks or sandals, unzipped our gators (turning field pants into shorts) or rolled up our pants, and plunged into the tunnel and its waters. We then slogged through 533 meters of the winding tunnel with only one flashlight and our camera phones for light. Through part of it we happily sang hymns and harmonized. It was fun. 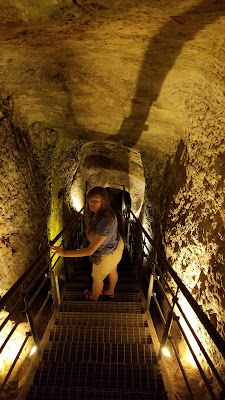 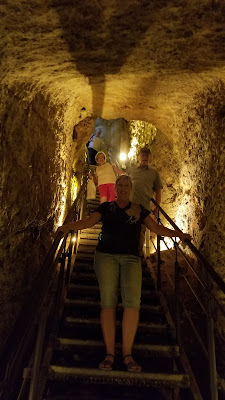 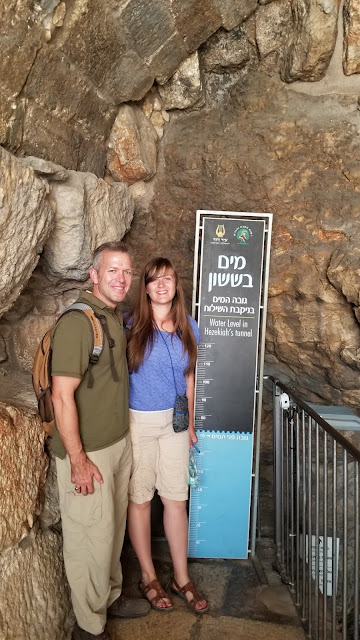 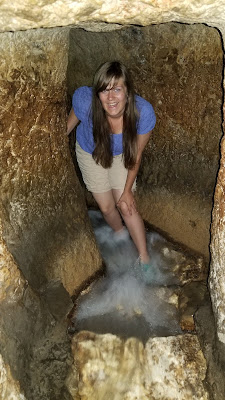 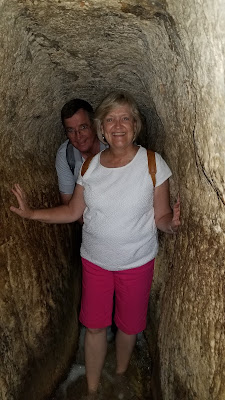 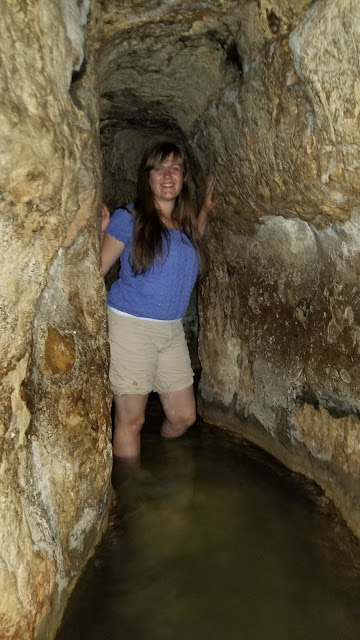 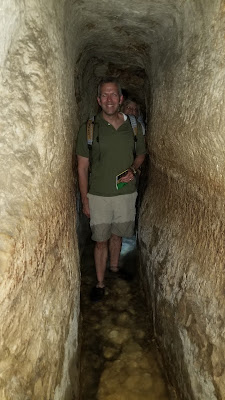 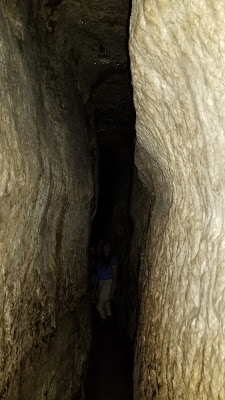 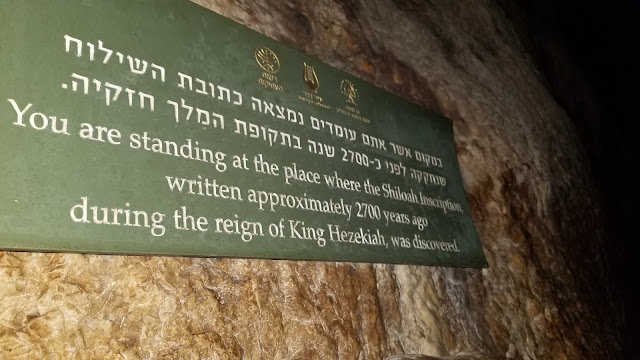 The water has, at least since the Byzantine period, emptied into a small-ish pool that recounts the events of John 9, when Jesus healed the man born blind. However, fairly recent excavations have uncovered a much larger pool from the Second Temple Period that better fits the description. 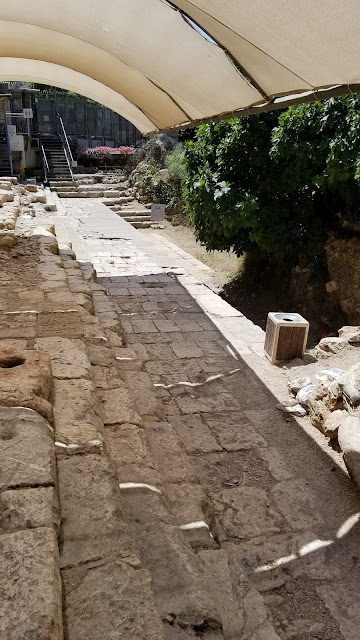 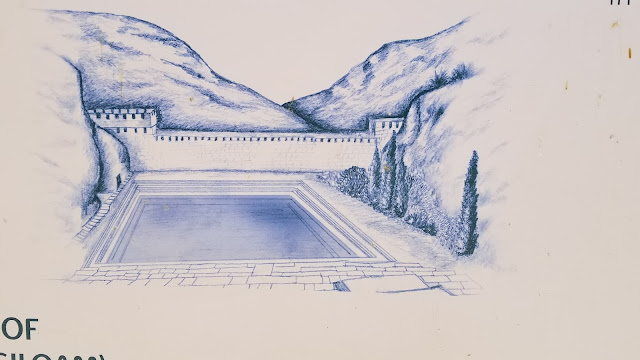 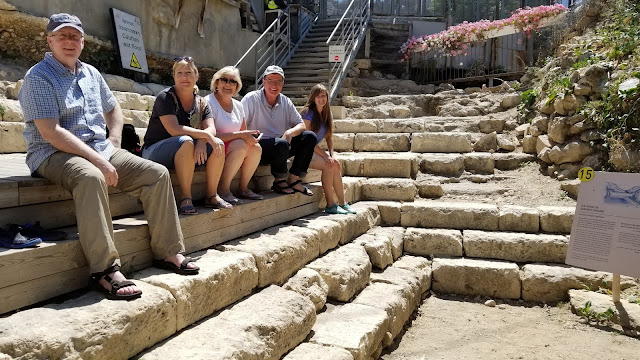 We then walked up an other tunnel, this one created by archaeologists to reveal the previously buried street that led up the valley from the Pool of Siloam up to the Temple Mount. At one point, our modern tunnel veered and went under said street so that we could walk through the Herodian drainage tunnel that ran under that street. 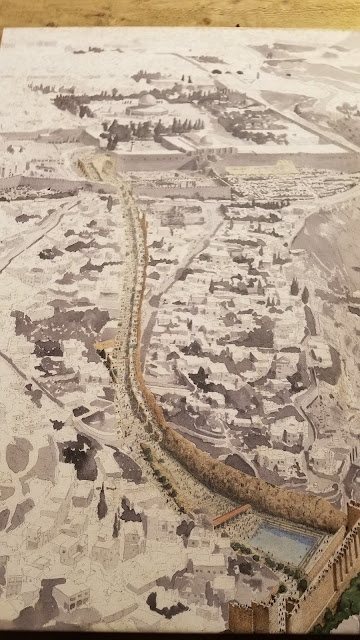 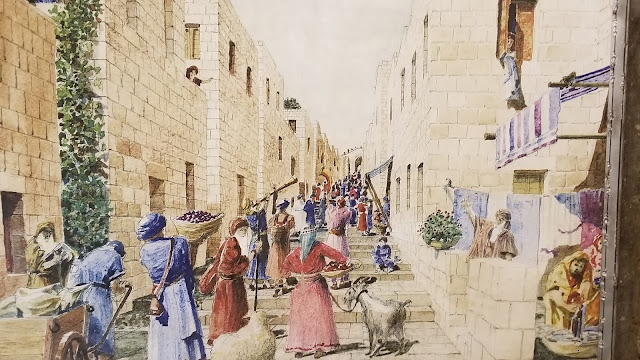 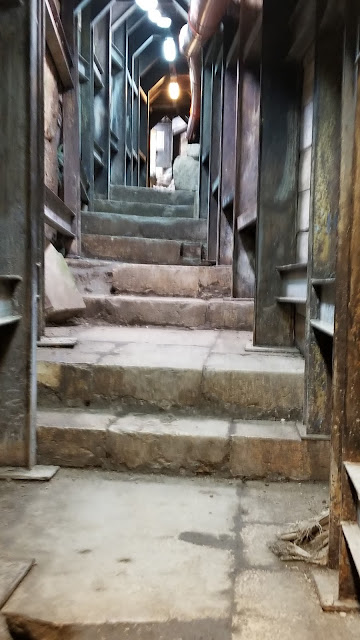 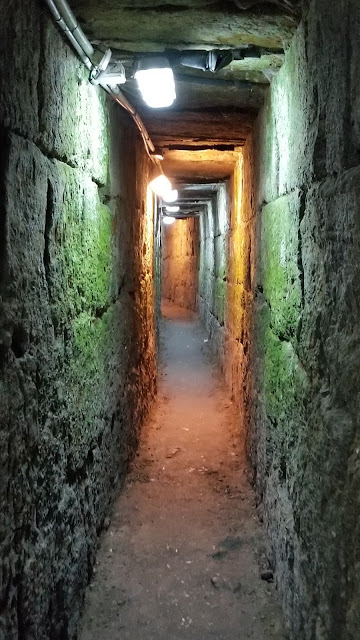 This archaeological tunnel can be taken up to the Davidson Archaeological Park at the base of the Temple Mount, but we exited it a bit early to see the new Givati excavations, which some think may be the remains of the palaces of the Queen of Adiabene. 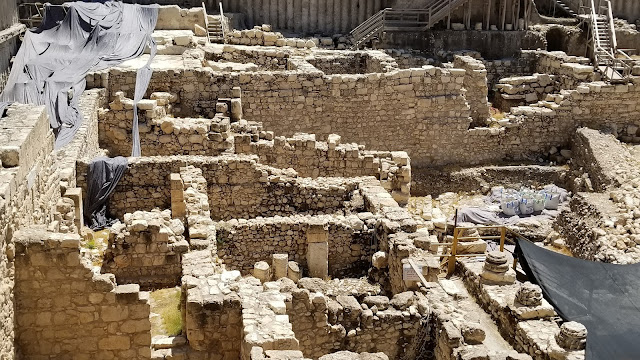 Rachel and I spent the afternoon picking up a rental car and attending a meeting at the Jerusalem Center. In the evening we went to dinner with our friends at the Notre Dame of Jerusalem restaurant, which boasts some splendid views of the city. 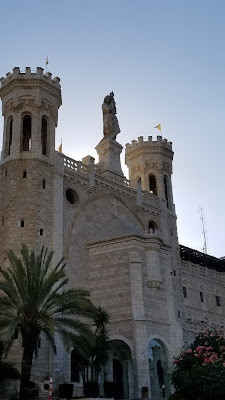 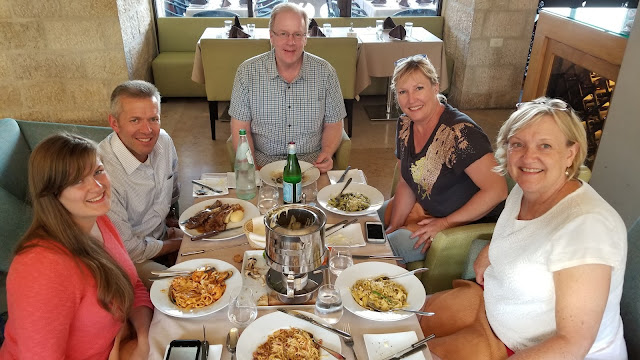 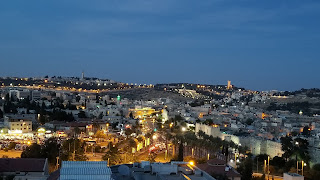 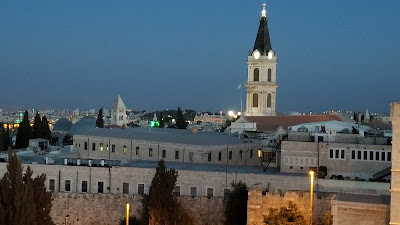 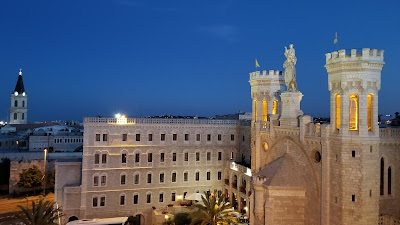 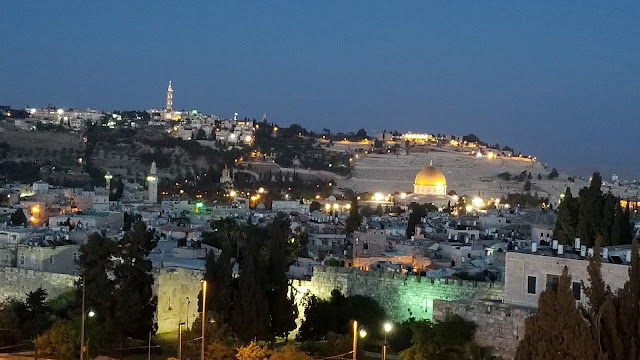