A Day of Old Testament Sites in the South

This fall I will be teaching ANES 310, History and Culture of Ancient Israel, for the first time. While I am in good control of the Second Temple and Early Christian Periods and have plenty of material for them, I am working gathering more material for the earlier periods. Much of this is being done in the museums here in Jerusalem, but today Rachel and I took a trip to the Shephelah and Negev to visit a few key sites.

Although it is a bit dated now, I took my trusty copy of Jerome Murphy-O'Connor's The Holy Land: An Archaeological Guide.

Lakhish (Hebrew, לכיש; KJV, "Lachish") was an important site in the southern Kingdom of Judah. Throughout most of the kingdom's history, it was the second most important fortress and city after Jerusalem itself. It was one of a string of fortified points in the Shephelah, or low-rolling hills, that controlled the valleys leading up into the Judean highlands.

It was taken first by the Assyrians and then the Babylonians after lengthy and difficult sieges. The Assyrian siege of 701 B.C. is well-depicted by the Lachish Reliefs, which I am taking my study abroad students to see in the British Museum next month. The Babylonian siege is documented by the Lachish Letters, that the local commanders tried to write to Jerusalem. 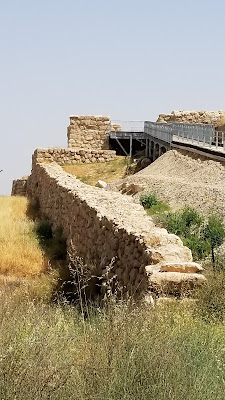 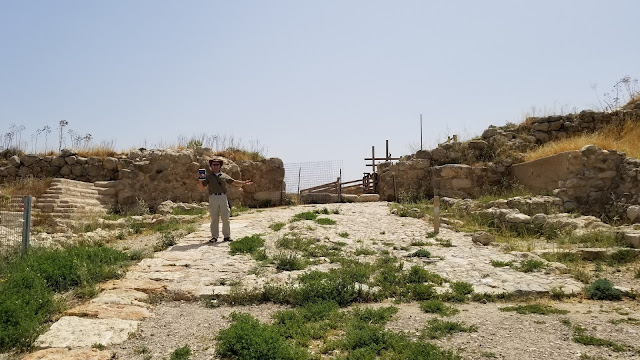 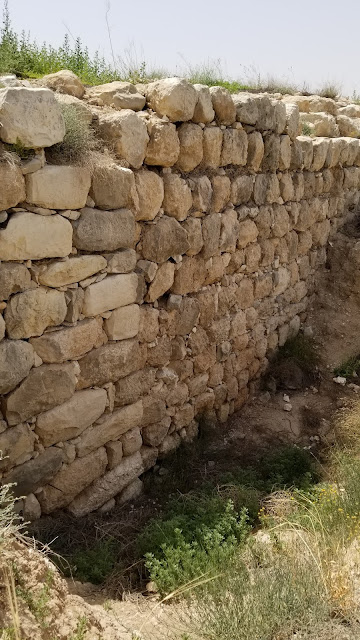 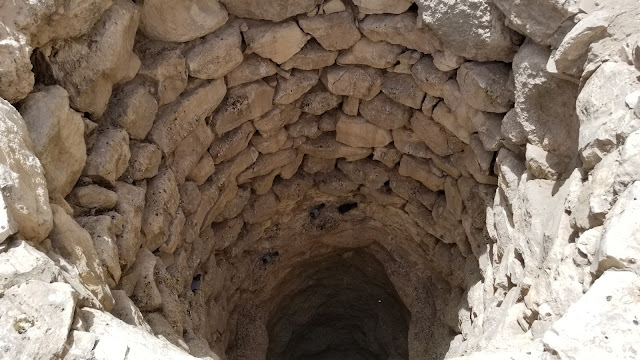 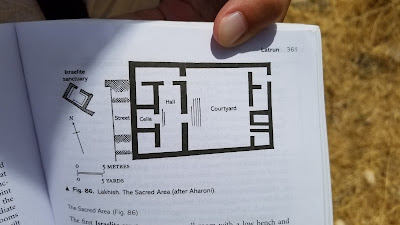 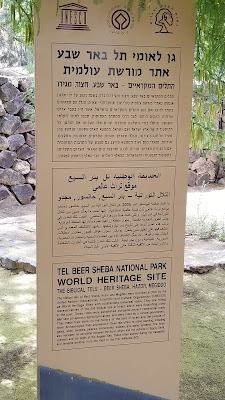 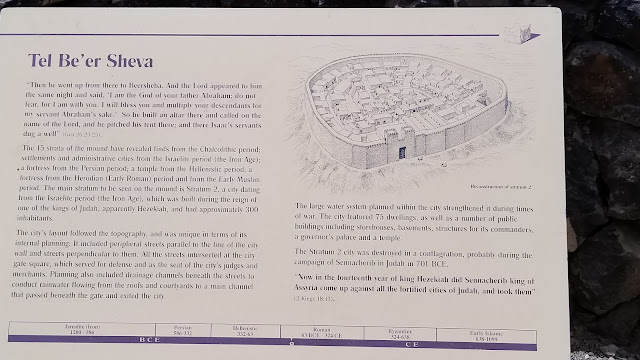 Be'er Sheva, or the "Well of Seven" was where Abraham dug a well, Isaac saw the Lord, and Jacob lived. Most of these ruins are from the 8C B.C., right before the Assyrians destroyed the town. 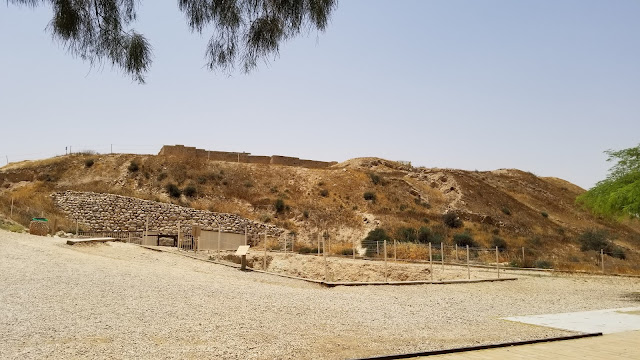 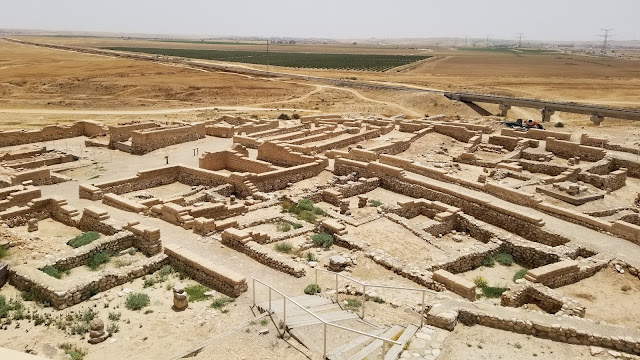 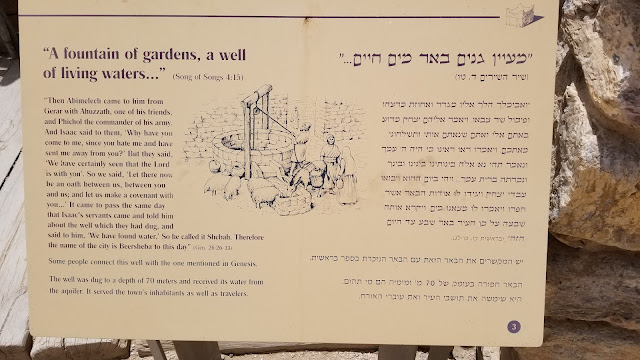 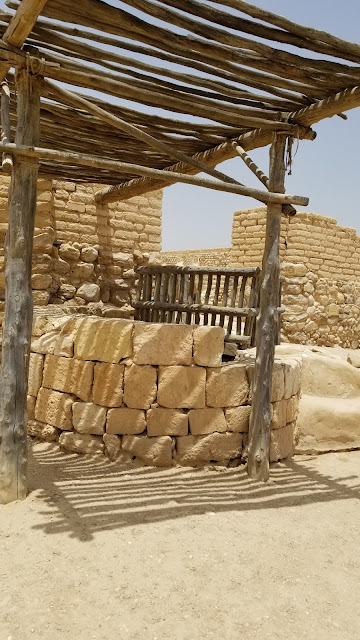 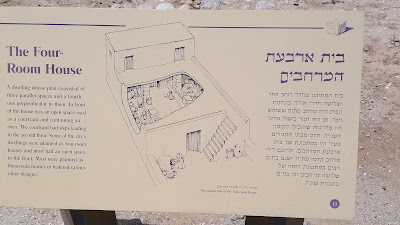 Don't judge us. Sometimes after a couple weeks in the middle east, one just needs to go to McDonald's. We ate there; we didn't take advantage of the "McDrive." 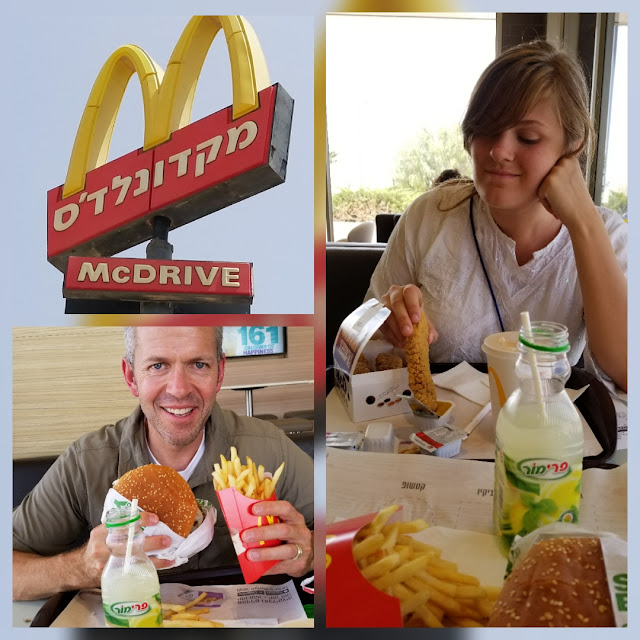 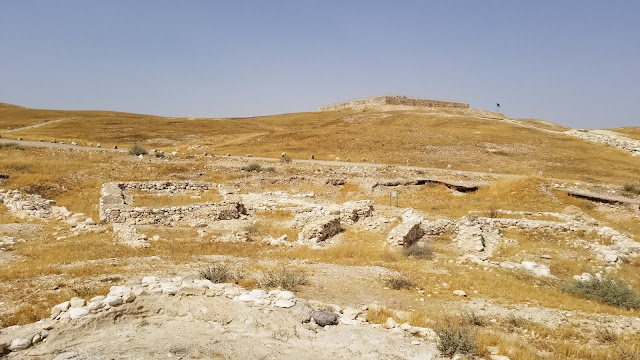 Arad (Hebrew, תל ערד) was very large Canaanite settlement in the Bronze Age. Then it lay empty for 1500 years. During the Iron Age, it was the site of a Judahite fortress that served as an administrative and religious center.

The Judahite fortress on the highest part of the site boasted an Israelite temple. This sanctuary boasted an outer court with a stone and earth altar, a wide holy place with benches for offerings, and a Holy of Holies with incense stands and a standing stone. It functioned until the reforms of Hezekiah, when the stone and incense altars were buried on their sides, and the entire altar of burnt offerings and the sanctuary were covered with earth. 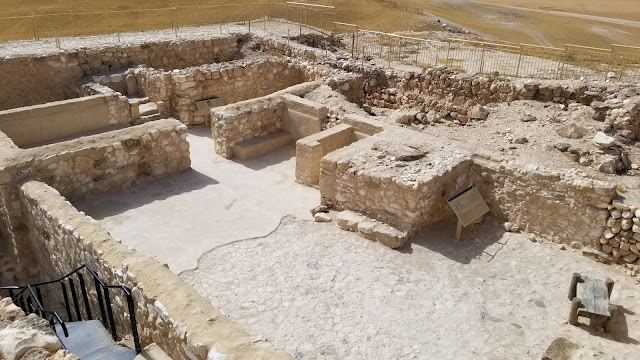 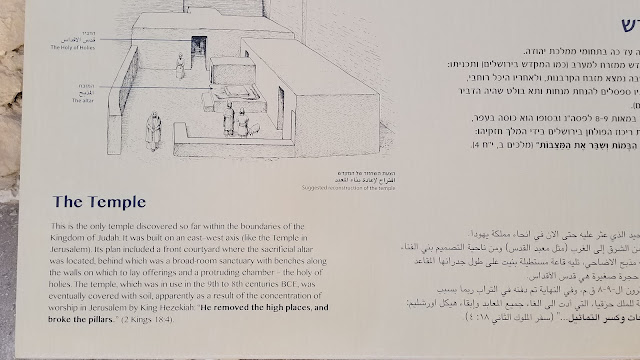 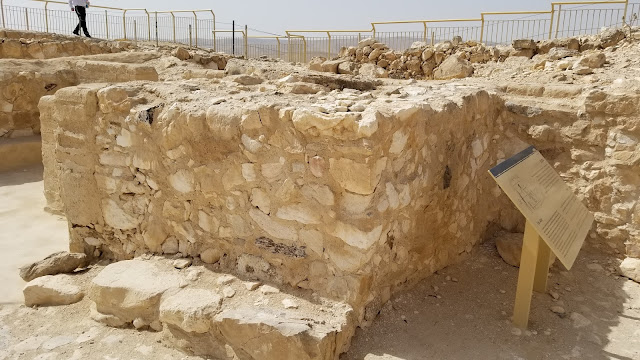 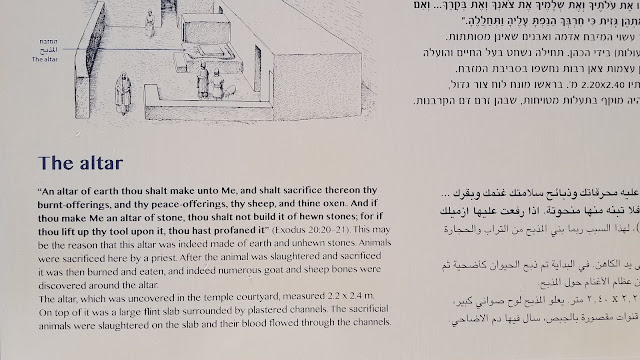 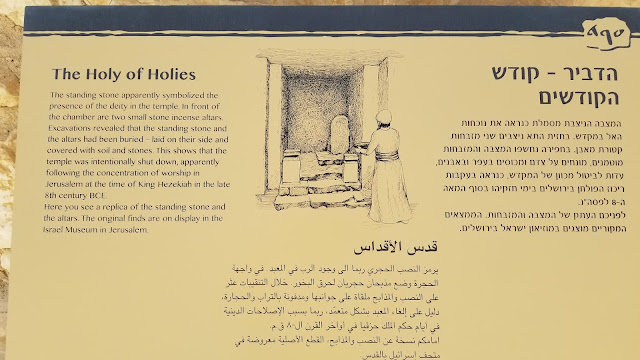 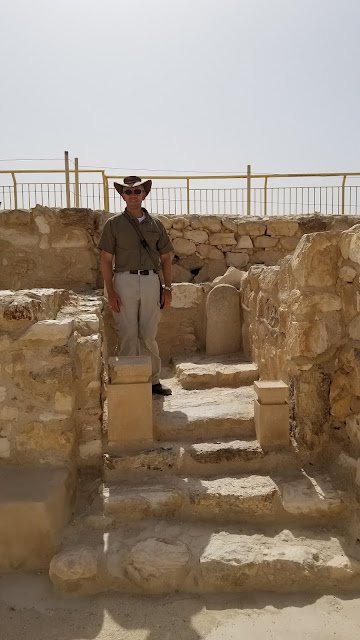 Ending the Day on Ben Yehuda Street in West Jerusalem 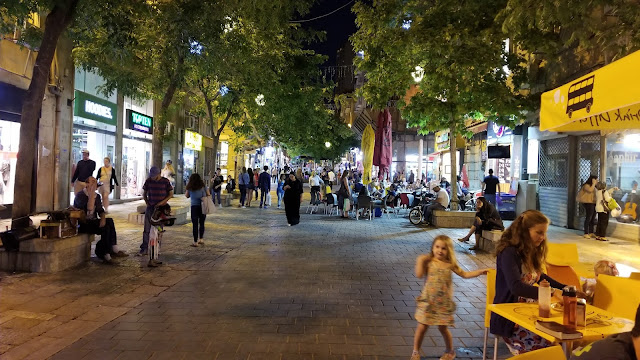 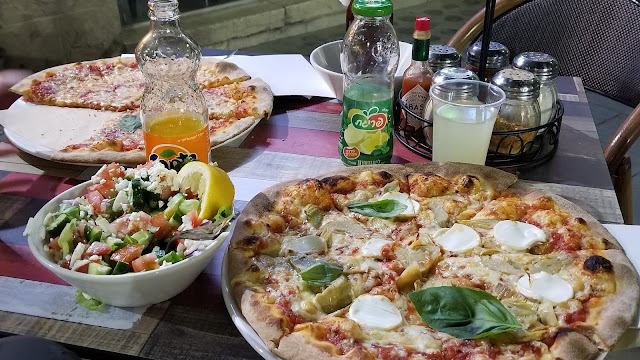 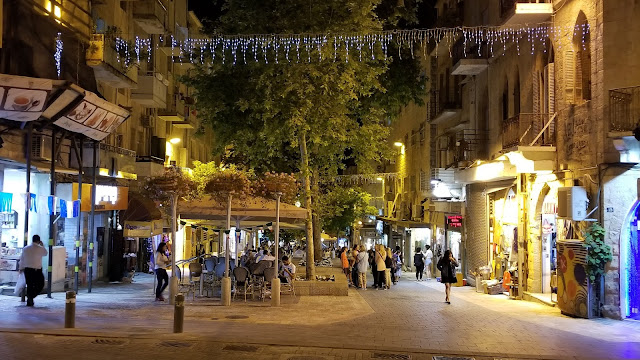