Our students finished their finals Friday, so with the exception of a last paper a few needed to finish, they are free of academic pressures their last 5 days here.  After their final Sabbath and then a free day yesterday, we have a two-day experience that we started today called "The Last Week Walk."  Beginning in Bethany, we retrace the events of Jesus' final days.

For these sites, I have the students drive the devotionals we have at each site. I assign different students to do the scripture readings associated with each event and then share some thoughts and their testimony.  We then, of course, sing.

Many of these sites appeared in my Holy Week posts, and last semester's post also provides some more background on the sites.   I am so absolutely pressed with grading and other final activities that I cannot add much more commentary this time around.  I will just post the readings that I assigned and then post pictures from the sites.


Bethany: Raising of Lazarus and the Anointing of Jesus 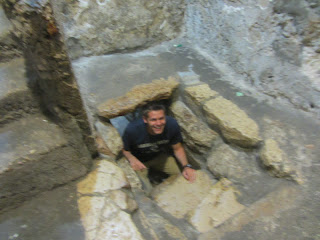 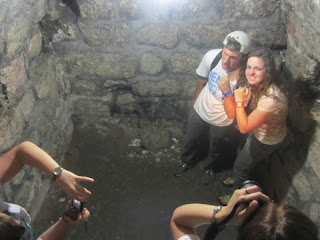 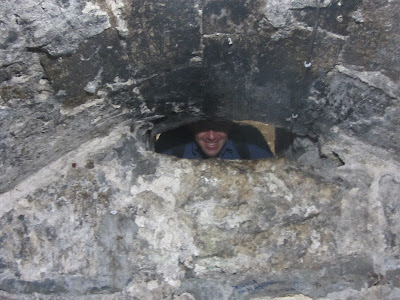 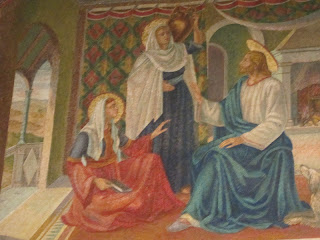 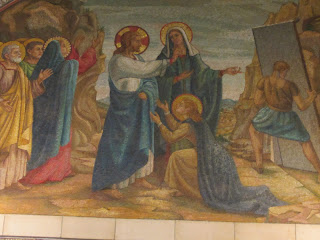 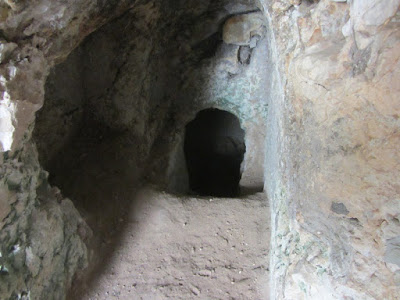 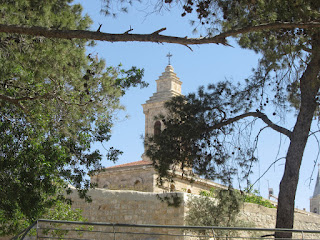 The current Pater Noster, or "Our Father" Church, sits on the site of the Eleona basilica built by Helena, the mother of the emperor Constantine.  Together with the Holy Sepulchre and the Basilica of the Nativity, it was one of the three important churches built by newly Christian Rome.  It was built over a cave where Jesus was believed to have delivered the Mount of Olives Discourse about the destruction of Jerusalem and the eventual end of the world, but it later became associated with Jesus' final teachings on prayer and, by harmonization, with the Lord's prayer as it appears in the gospel of Luke. 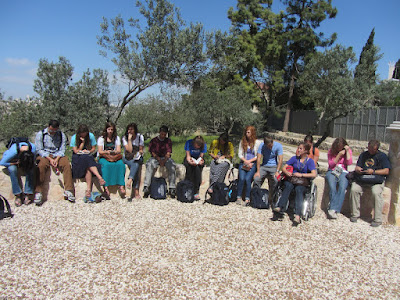 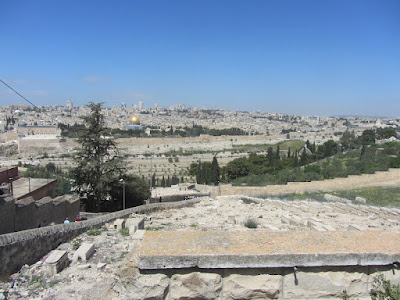 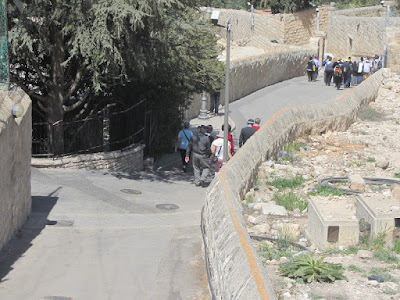 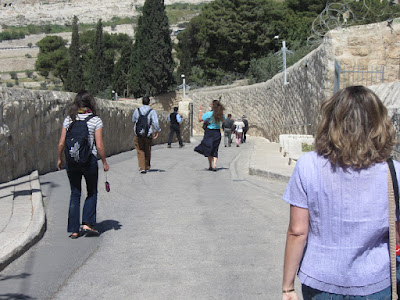 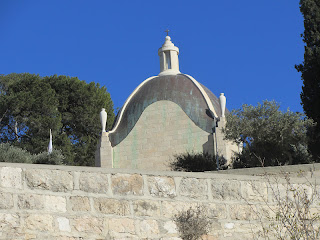 The lovely little tear drop-shaped church of Dominus Flevit, "The Lord Wept,"  commemorates the two times the scriptures record that Jesus wept over Jerusalem.  On the grounds are many ossuaries, or bone boxes, like those that were used in the first century for second burials a year after the initial interment.  It also afford splendid views of the Old City across the Qidron Valley. 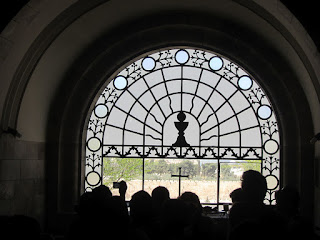 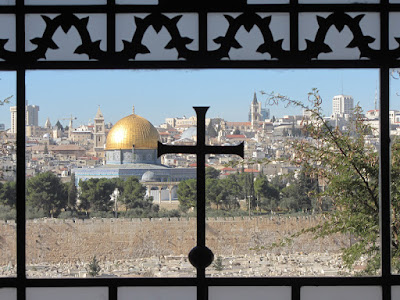 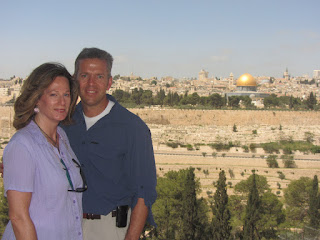 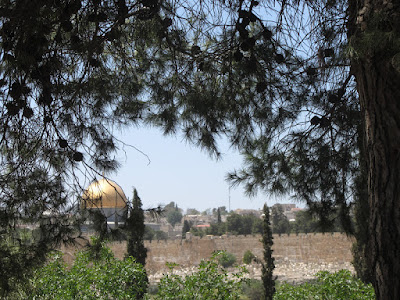 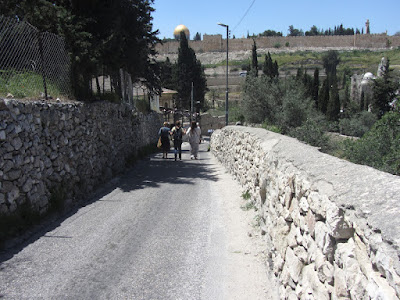 The Cenacle or "Upper Room": The Institution of the Sacrament
The Cenacle (from coenaculum, Latin for "supper") sits on the site of the Byzantine Church of Holy Zion.  It, and the Cenacle, commemorate the Upper Room where the Last Supper was held.  We were really blessed: there were two other groups when we entered, but they soon left.  We were able to have our most of our devotional and then sing two sacrament hymns and have a prayer offered by Jared Ludlow with the room all to ourselves.  As soon as we finished the prayer, several large, noisy groups came in. 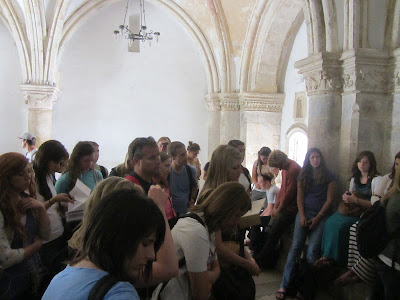 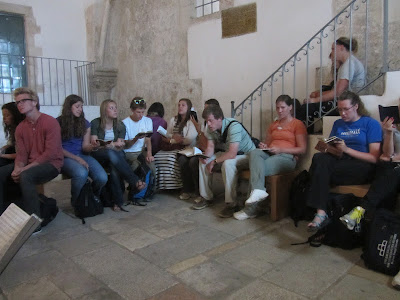