Today's post will be light on exegesis and commentary and heavier on simply celebration.
First, the pertinent texts:
Matt 28; Mark 16; Luke 24; John 20:1–18 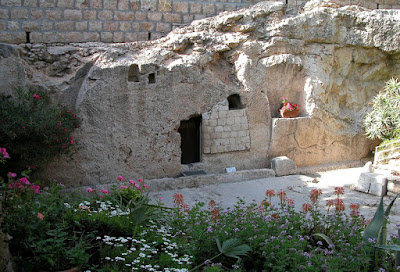 Because Easter is not a biblical term (and has pagan origins), some suggest that "Resurrection Sunday" would be a better term.  The word only appears once in the King James Bible, at Acts 12:4, where is is better translated as "Passover." So significant was the event of that Sunday morning that Christians since have celebrated it as "the Lord's Day," and it has become our weekly sabbath, replacing the Saturday of the Old Testament. Still, for millennia the term "Easter" has come to be synonymous with resurrection, hope, and the joyful refrain "He is risen!"
Second, I have published some reflections on Easter that are quite meaningful to me. I will not reproduce them here, but to those who have access to to God So Loved the World, I would like to recommend the reflection sidebars entitled "Reactions to the New of the Risen Lord," "Jesus and Mary Magdalene," and "Risen with Healing in His Wings" (see GSLW, 111, 114, and 116-117).  The last of these three is quite personal but represents the main thrust of my own testimony of the resurrection.
Now on to the celebration . . .
Sunrise Service at Augusta Victoria 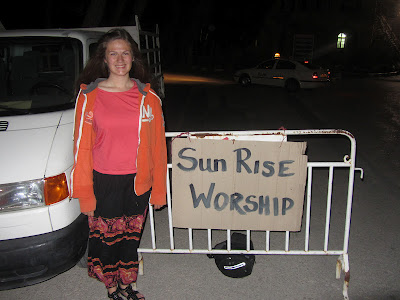 Rachel and I got up early, a little after 5:00 a.m., and walked in the dark to Augusta Victoria, the Lutheran church and hospital complex that is our neighbor here on Mount Scopus.  As we left, we saw the student all gathering to walk down to East Jerusalem to join the Easter service at the Garden Tomb.  It was supposed to be crowded, up to 2,000 people, and we were looking for something quieter where we could also see the sun rise.

So there, on the back, east side of the Augusta Victoria campus, we joined a sunrise worship service with the English-speaking congregation of the Lutheran Church of the Redeemer, which usually meets in the Chapel of St. John in the Old City.

We loved singing the hymns and responding each time to the pastor's declarations "Alleluia, Christ is risen!"  with our own, "Christ is risen indeed, alleluia!"  Towards the end of the service, when the sun had risen and we could make out more of the faces in the congregation, we were glad to see that our friends the Jacksons and the Chapmans from the center had come too. 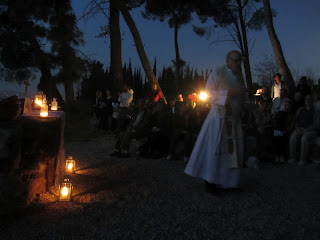 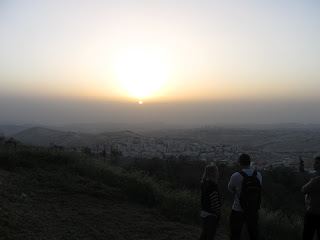 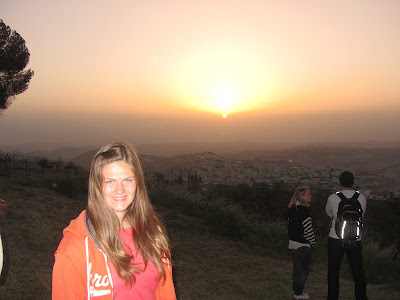 Family Worship and Celebration
We went home and woke Samuel, after which we piled on the bed with Elaine to not-so-gently wake her as well.  This year we chose to read the story in Luke 24:1-12, after which we had family prayer.  It was then time to gather candy and some of the usual traditions.  Momma went back to bed, but the kids and I watched some Easter videos.
Easter Celebration and Eucharist at Christ Church
Elaine and I drove into Jerusalem midmorning and parked at the Mamilla Shopping Center opposite Jaffa Gate.  Because of the Passover holiday, there was virtually no traffic, which was surprising.  We then walked in the Jaffa Gate and went to Christ Church. 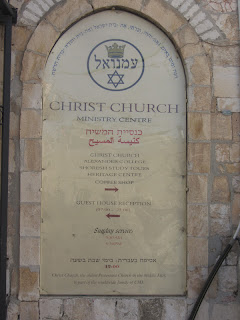 The service was largely good, much like the Good Friday meditation that Rachel and I had attended.  Elaine and I were really in the mood for some "high church," so in retrospect, I wished that we had gone to St. George's for a more traditional Anglican service.  The one we attended, however, was full of lots of good praise singing, making me feel like I was back in Tennessee in a good Baptist church.  A visiting pastor from Uganda gave the sermon, sharing his story of conversion from Islam and the threats to his life and an attack by acid that he had endured and from which he was recovering because of this witness of Christ.
The celebration of the eucharist at the end, however, was all-Anglican and nice to observe, though we did not participate. 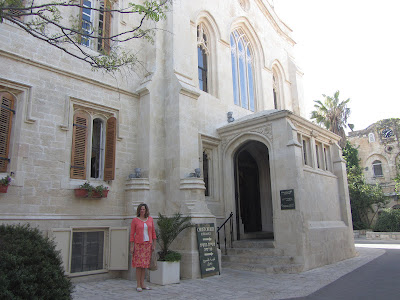 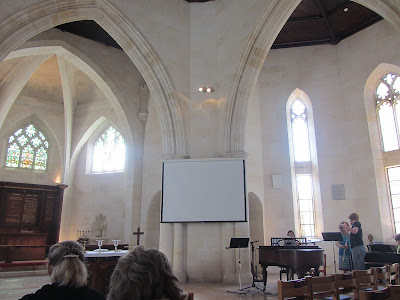 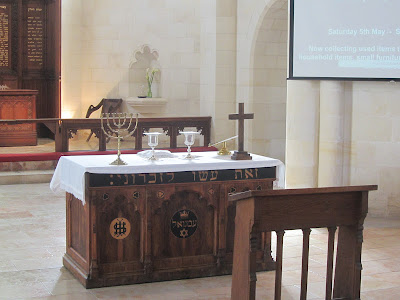 Home for Dinner
We went home and had a nice Easter dinner.  We had had a couple of kind invitations today, but after the eventful week we had just been through, we were anxious to just be at home.  It seemed particularly important to Samuel to enjoy his holiday without the stress of social situations.  So we did not get the traditional turkey, but Elaine made a nice roast, a rarity here, and we had some of our usual fare, including my multi-colored jello that Samuel had helped me make yesterday. 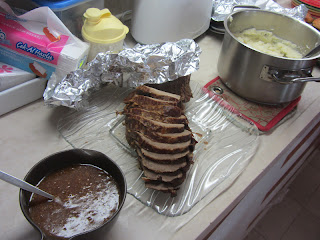 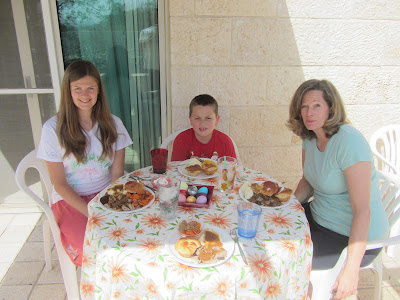 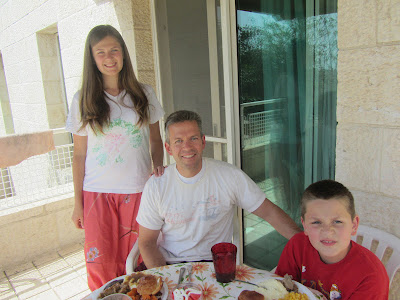 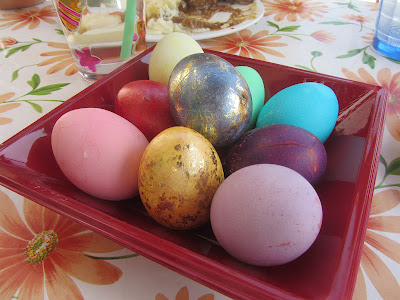 So it has been a joyful and fulfilling Easter, as we hope it has been for you, too.
Posted by Eric D. Huntsman at 7:53 AM