On Tuesday of Holy Week this year, the Primary Division of the Anglican International School held its Easter play in the Garden Tomb.  Imagine that!  While so many schools today cannot do anything religious, Samuel's school was going to commemorate Jesus death and resurrection in one of the sites where it is perhaps the easiest to imagine how they occurred. 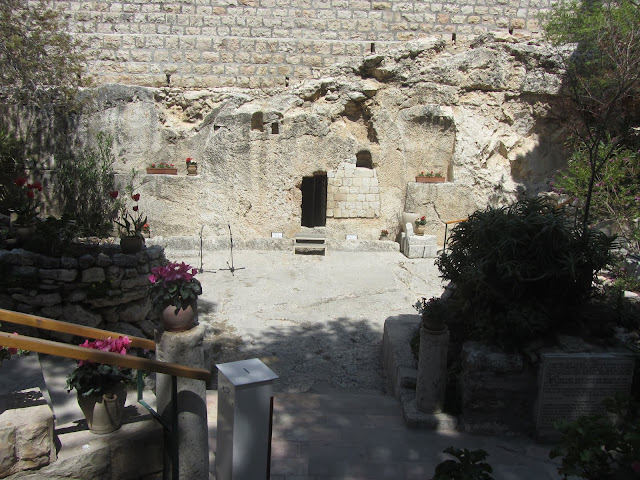 While the Church of the Holy Sepulchre has more in terms of archaeology and tradition to recommend it as the probable site of Jesus' crucifixion and nearby burial, the Garden Tomb north of the Old City will always provide a more moving and spiritual setting for many Protestants and most Latter-day Saints as they recollect and meditate upon the miracle of that Easter miracle.


So about noon yesterday we arrived at the Garden Tomb and sat with our friends the Ludlows.  About a half hour later the children arrived on buses from school.  It was a Passion and Resurrection play all wrapped into one, with the children taking parts and singing songs.  Here are some representative video clips from the experience:


Samuel had originally been given the part of Barabbas . . . not particularly auspicious, but that is okay.  He was shy about doing it, and several days before the performance had told his teacher that he did not want to do it.  That ended up being for the best, because I am sure that Samuel would have been frightened when the other children, playing the crowd, had shouted "Barabbas!" and "Crucify him!" so loudly. 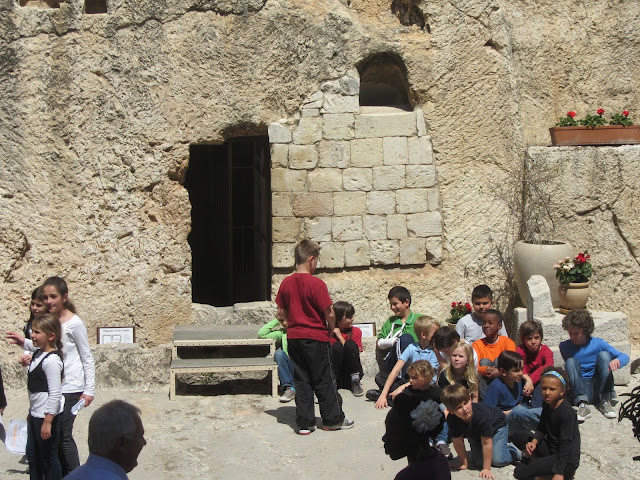 
So he sat in the back, absently-looking around and sometimes vocalizing or flapping his hands, both signs of anxiety for him.  That was hard to watch.  It was sadder that he did not sing a single song or seem to take any notice of the story that is central to our faith.

It was one of those moments when autism is a hard, painful reality.  Rachel is precocious and a high achiever.  If anything, with her we have fallen into the trap of expecting too much from her.  But with Samuel, we just wish that he could be like any of the other kids with just typical, normal behavior. In fact, there was a terrible, bitter irony that we were having all these disappointed and hopeless feelings during a play about Jesus and his atoning sacrifice for us, which is the foundation of all we believe and hope for.  We read and teach and testify about Jesus and his miracles, and yet the miracle we want more than anything seems always beyond our reach. 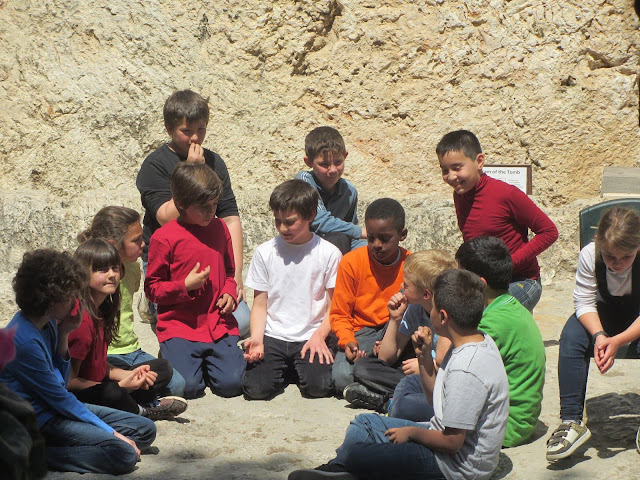 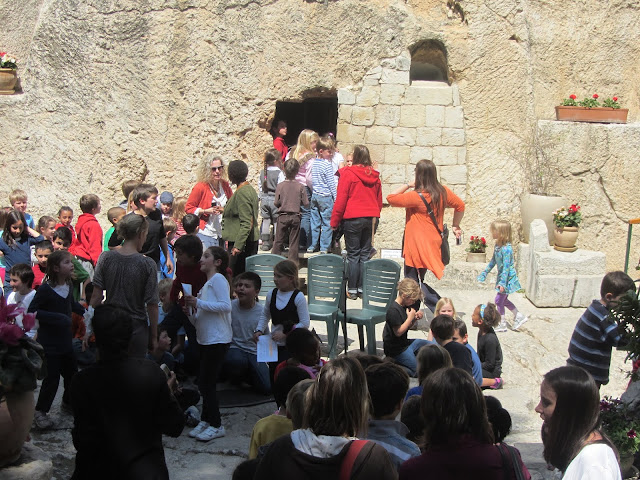 
At the end of the play, the children took their applause and Samuel, standing at last with the group, gave a little bow.  That was sweet . . . and sad.  When he came up to us afterwards, he asked, "Did I do well?"  How were we to answer that?  He had not done anything!  But he had stayed up there the whole time, even though sitting in front of a crowd must have been terrifying for him, and he had more-or-less controlled his behavior, not allowing himself to be too extreme in his flapping, vocalizations, or "odd" actions.  Suddenly I remembered the horrible, but wonderful, experience that we had had with his being in the school spelling bee last year (if you have not read my essay The Failure that Was a Success: How My Son's Losing the Spelling Bee Was One of the Proudest Moments of My Life about that experience yet, please do).  "Yes, buddy, you did a good job," was our response.

And then the Lord told me what to do.  Most of the children went back to school, but I told Mr. Sheppard that we would be taking Samuel home from there.  While the other children and families left, I asked Samuel if he understood what the play was about. "Kind of," was his response. 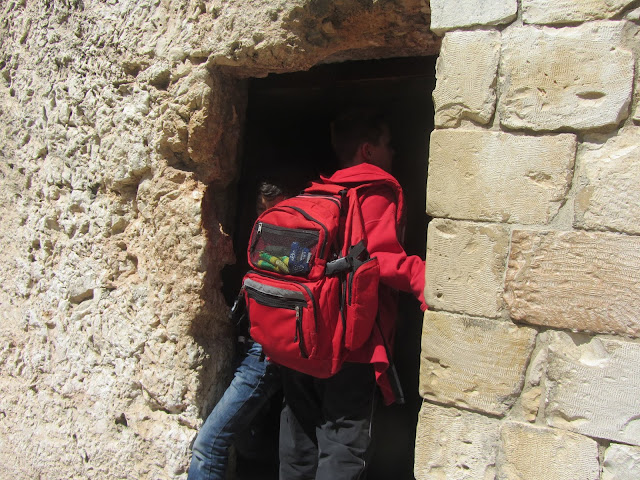 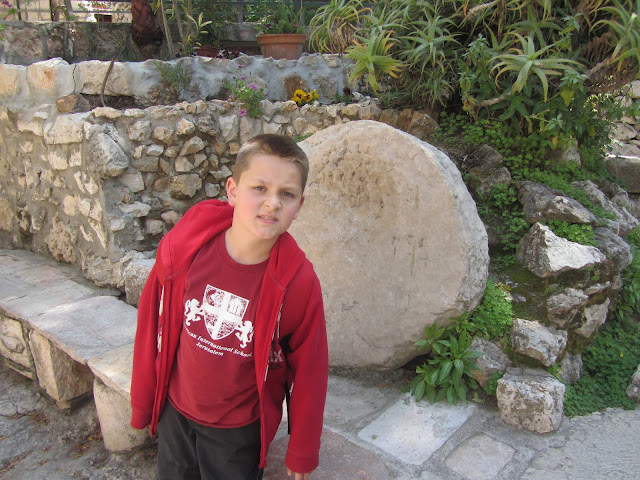 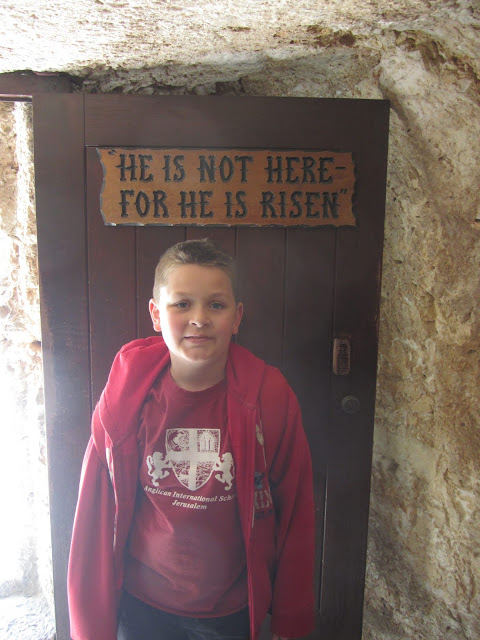 As we walked down crowded, foreign streets that normally would have been worrisome for him, he was instead rather talkative (for Samuel).

"Where are those people from from?  What do they speak?"

And then back to the important topic: "When is Good Friday?"

The end of this week, pal.

"That's when Jesus died," he told me.

"And Jesus is alive again. Where does he live now?"

In heaven, where he and Heavenly Father can look down on us and take care of us, was my simplistic answer.