On Monday we took Paul and Denise and both Rachel and Samuel with us on a the first day of a quick tour through northern Israel.  After leaving Jerusalem, we drove up the Jordan Valley along Highway 90 to Bet She'an.  Most of the extant ruins date from the Hellenistic and Roman period, when the city weas known as Scythopolis.  For more of the history of this site, see the first part of this post from last semester's student visit.

For this post, first see this fun little post of Samuel at Bet She'an and then posts of our family and friends exploring the ruins. 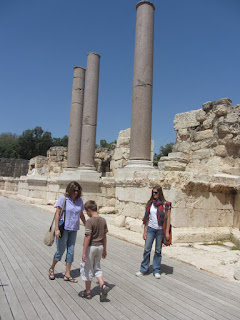 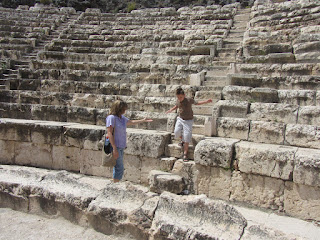 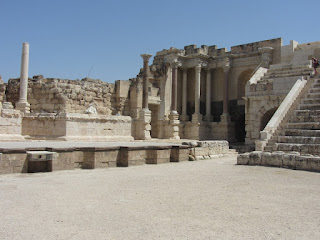 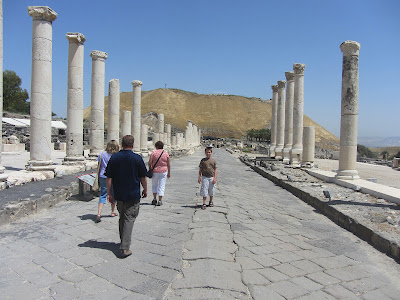 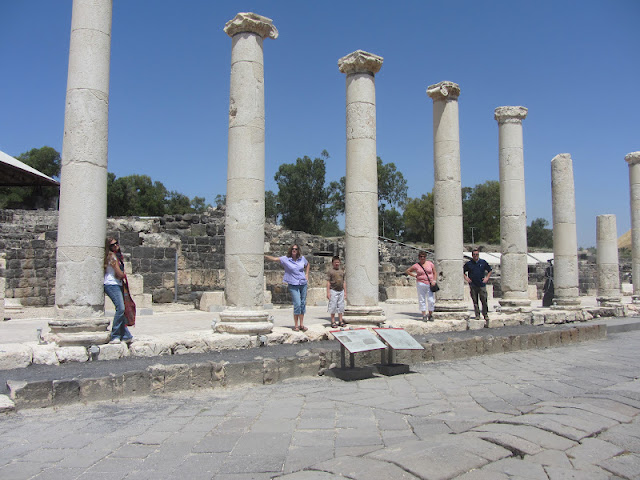 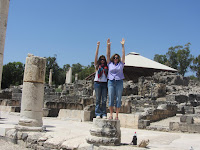 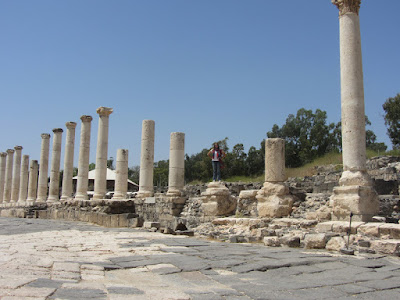 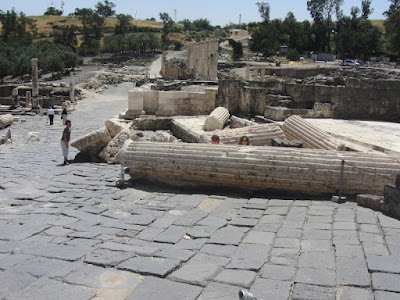 Next we stopped at Belvoir Castle, located on the summit of Kohav Yarden.  Built by the Knights Hospitallers late in the crusades, it dominated the upper Jordan Valley.  It was an impressive site, but now in the hot, late spring it was, much to Sam Man's dismay, infested with clouds of bothersome gnats! 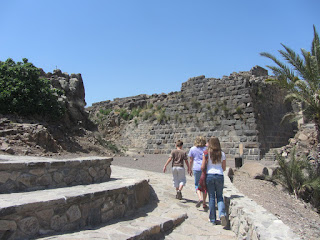 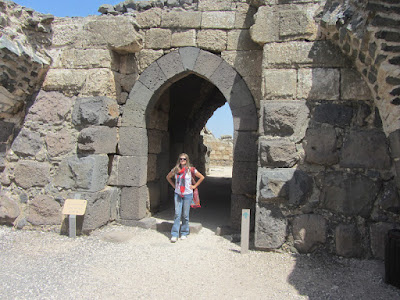 We stopped in Tiberias, where we were staying the night with our friends the Grahams, to drop off our stuff and leave Rachel and Samuel (Sam had been a trooper up to this point but was ready for a break). 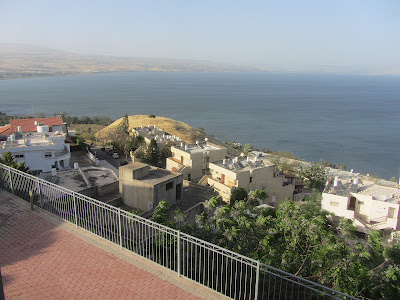 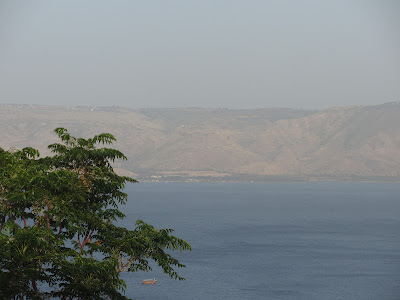 With the children settled, we took Paul and Denise to Capernaum, where so many of Jesus miracles were performed and which he used as his home base for much of his Galilean ministry.  Read about our visit a month and a half ago.  There on the shore of the Sea of Galilee we read the account of the calling of the first disciples from Luke 5 before exploring the site. 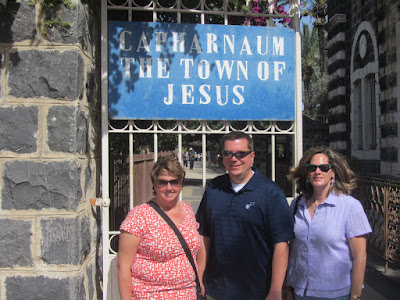 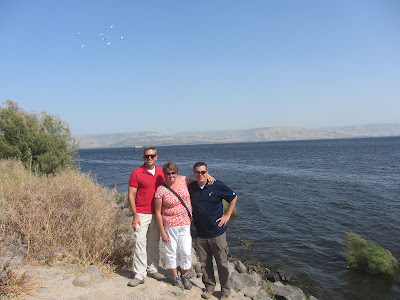 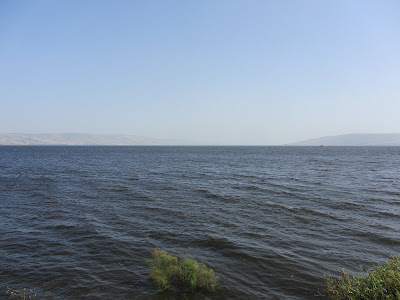 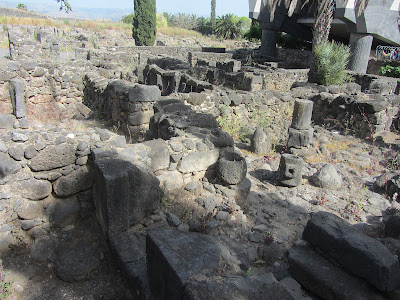 We then stopped at a site next to Tabgha called St. Peter's Primacy, which commemorates the events of John 21, where the Risen Lord appeared to Peter and six other disciples.  Here he interviewed Peters, asking three times if he loved him. 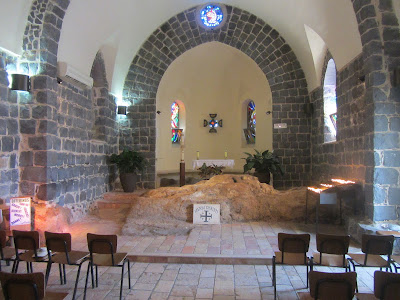 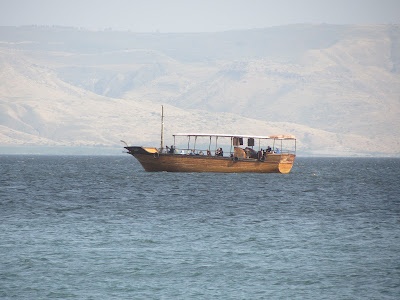 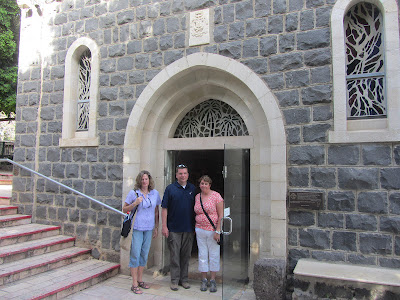 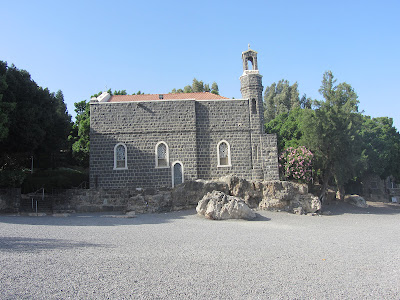 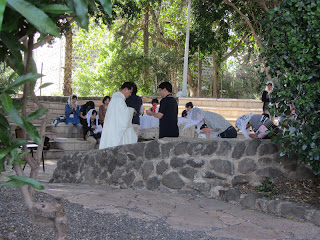 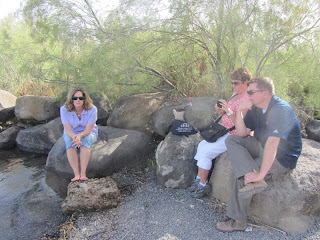 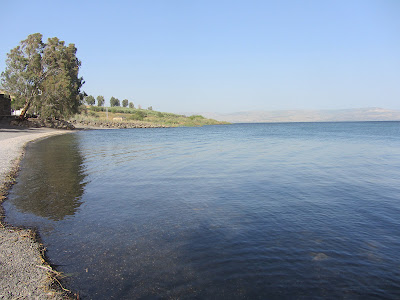 We ended the day with an Arab feast shared with our friends Ray and Bobbe Graham.  Yes, we ate too much! 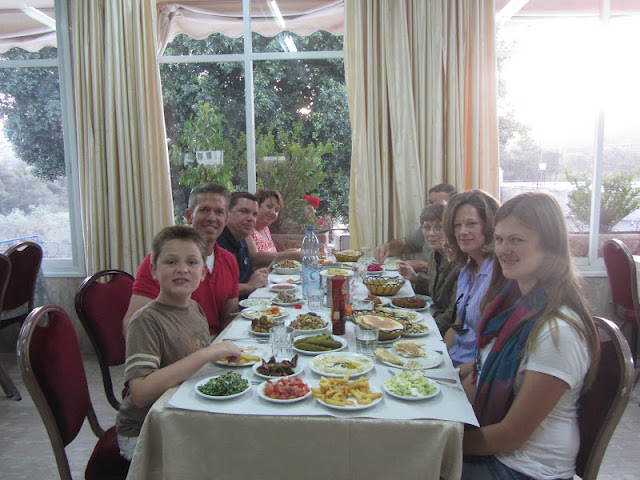 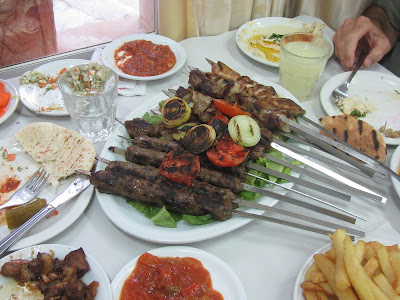 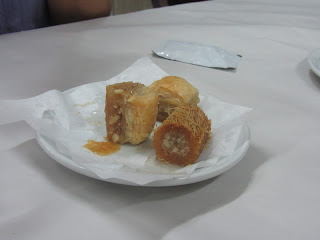