A visit with Rachel to the Old City

Since we hold LDS services on Saturdays, I have been meaning for some time to start taking Rachel to other Christian services on Sundays.  I have myself wanted to worship with other Christians in this Land, but I have also felt that this would be a good experience for my daughter, who, growing up in Provo, Utah, has not had much experience with diversity.


So today we walked down to the Old City, entered through the Lion's Gate (also known as St. Stephen's Gate) and then made our way along the Via Dolorossa to the Christian Quarter.  There, not far from the Church of the Holy Sepulchre, we attended a Lutheran Advent services.  The main church, the Lutheran Church of the Redeemer, was completed in 1898 as a project under the auspices of the German Empire and Kaiser Wilhelm II in particular.  In its sanctuary meet both the Arabic and the German-speaking congregation.  The English-speaking congregation, however, meets in the smaller St. John Chapel, which was built in the early 12th century but the Crusaders! 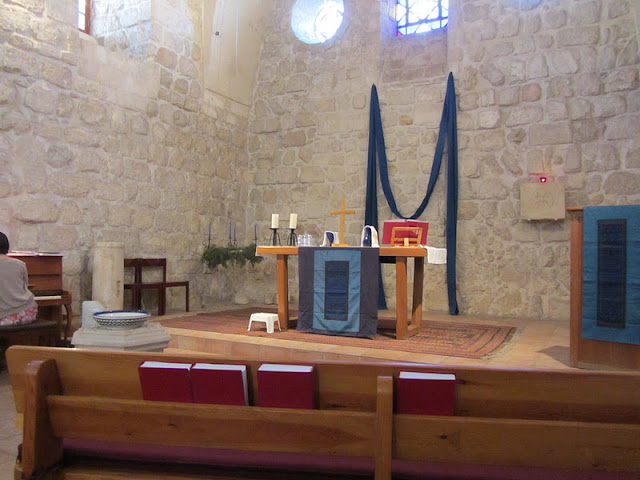 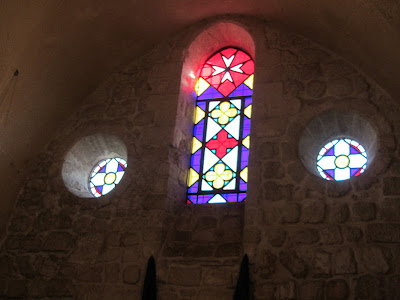 As we were walking through the narrow alleys of the Old City, we ran into several BYU students, who were in the city for one of their last times.  Several of them had wanted to attend services in the different historic churches, and so they fell in with us. 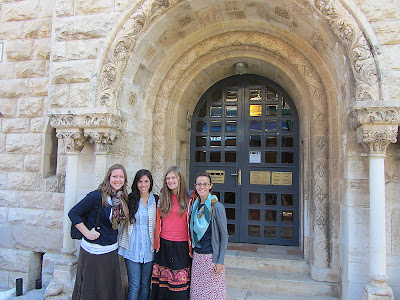 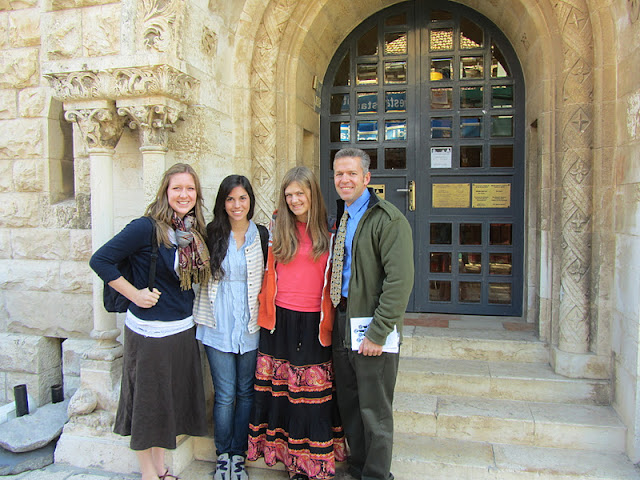 Today was the Third Sunday of Advent, celebrating Love.  It was fun for Rachel to see how Advent was celebrated in a church community, since we have celebrated Advent as a family for many years now.  We found it delightful to watch the children of the small congregation run forward when the pastor invited them to help light the candles of the wreath and then hoist it all high for all to see. 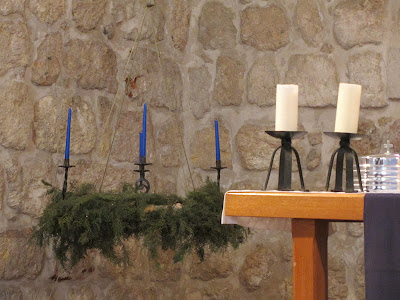 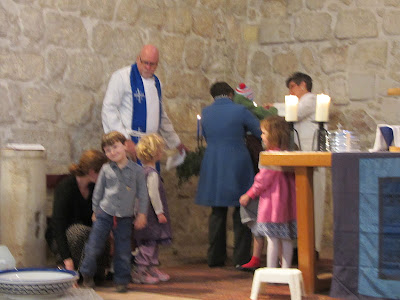 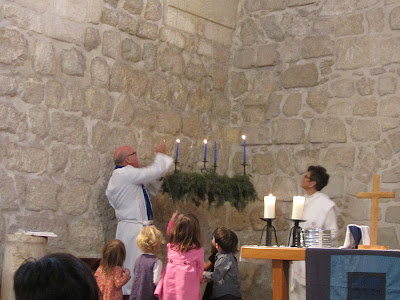 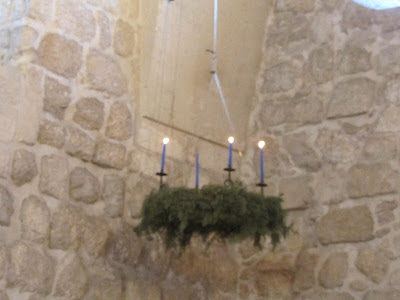 Though the hymns were mostly unfamiliar, Rachel and I find sight-reading enjoyable, so we joined in heartily.  In fact, it was quite easy since so many of our hymns and their characteristic harmonies come from the German tradition.  I had fun harmonizing, and the acoustics in the old Crusader chapel were fantastic.  I enjoyed worshiping with the small community, and they were all quite welcoming.  Towards end of the services as we were exchanging the greeting of peace, the pastor's wife welcomed us warmly and said she appreciated our singing (there were only about 25 people present).

Later, when we made introductions at the end of the service, I said, "My name is Eric and this is my daughter Rachel.  We are living on Mt. Scopus for a year.  We love Advent and we love singing, so it was a toss-up between the Lutherans and the Anglicans for church today, and you won!"  They all laughed and invited me to join their choir, telling me that they could get me sure seating in Bethlehem Christmas Eve if I sang with them!  Alas, I have other plans with friends and family in Shepherds Field for a more LDS remembrance. 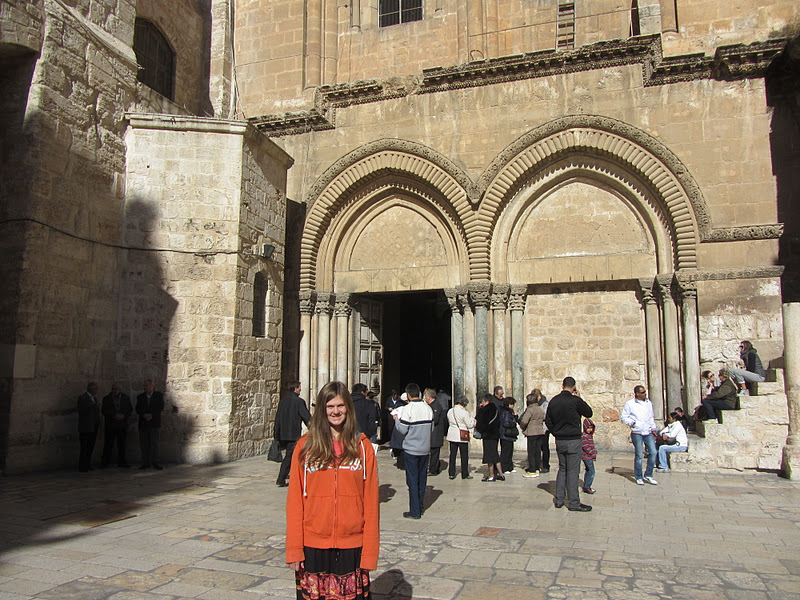 After that I took Rachel into the Church of the Holy Sepulchre.  She has been by the outside a couple of times, but this is the first time she has been able to go in.  We entered between services, so it was not too crowded and there were few "tourists."  I took her through the Latin and Greek chapels over Golgotha and then down to the Chapel of the Tomb of Adam.  After looking at the Unction Stone, we went the long way around, counter-clockwise, to avoid an Armenian service.  I then showed her the Aedicule or tomb marker under the rotunda, and then we went to  my favorite part, the Greek Orthodox Catholicon or worship area.  It was fun explaining the mosaics and the iconography to her. 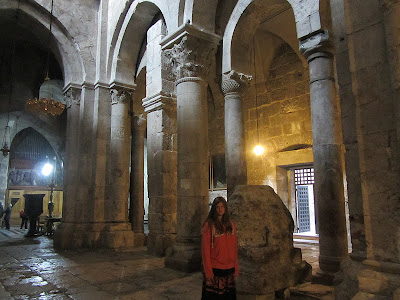 As we walked through the Old City on our way back to Mount Scopus, Rachel commented how much she had enjoyed the morning.  A bit of that good feeling was lost, however, when an Arab shopkeeper, apparently trying to be funny, offered me 5 camels for her.  I was not amused and she was a bit freaked out, but I kept my cool and avoided an international incident.