An Overlook and Some Local Color

We let Mother and Lindsay sleep in a bit this morning while Elaine and I attended a staff meeting.  Then we gave them a driving tour, trying to time it just right because it was a Friday.  What that meant is that East Jerusalem was pretty quiet and the roads were open while most Muslim men were on the Haram (a.k.a. the Temple Mount) for the Friday afternoon sermons and prayers. But we needed to finish our stops and drive through this side of the city before prayers let out, because then the small roads on this side of the city are jammed packed.  We then drove through West Jerusalem, where traffic was lighter in advance of the beginning of Jewish Shabbat.  We wanted to get some late lunch and stop at the grocery store, so the timing issue there was getting to the stores before they all closd early for the Sabbath.

We drove Mom and Linds first across the top of the Mount of Olives, through the Arab neighborhood of A-Tur.  We stopped at the Mount of Olives Overlook below the Seven Arches Hotel, which gave us a nice view of the city with which I could orient them.  Here are a couple of pictures as well as a clip of my pointing out sites: 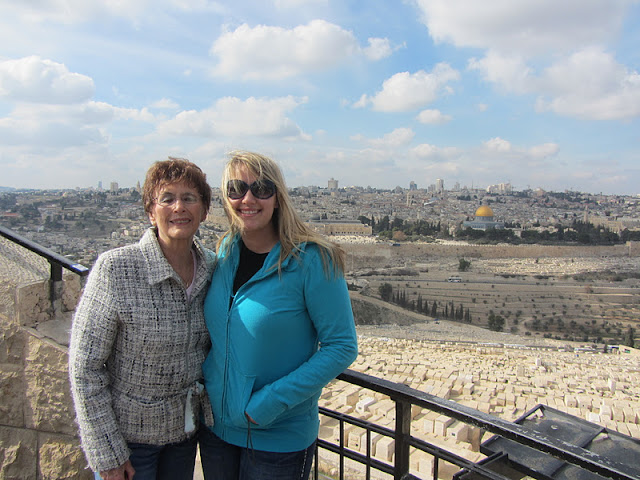 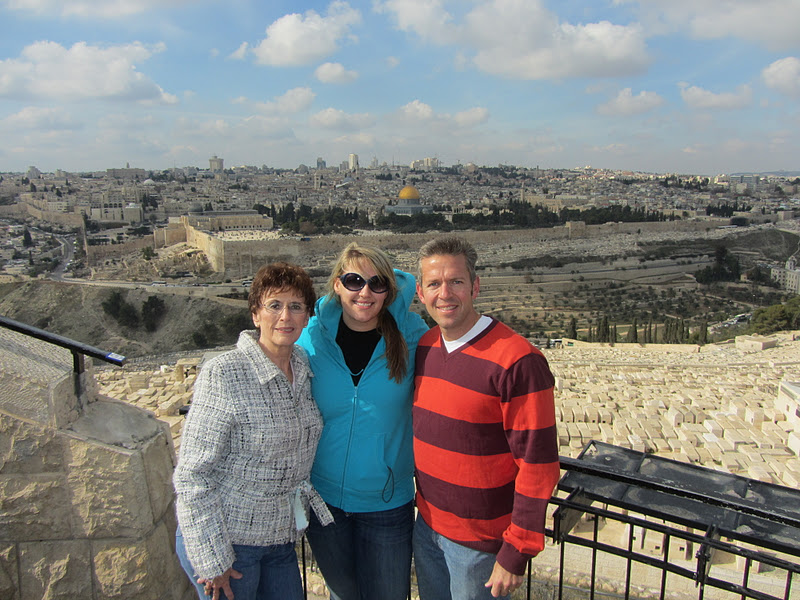 We drove down the Mt of Olives and then past Gethsemane and then around the base of the Haram or Temple Mount.  Went past the Dung Gate so that they could look in quickly at the Western Wall as we drove by the Jewish Quarter.  Coming around the far side of the Old City, we pointed out the Jaffa Gate and the Christian Quarter before moving into West Jerusalem proper.  We then drove up King David Street, pointing out the King David Hotel and the YMCA.

On the way home, we stopped in French Hill, a largely Jewish (though increasingly somewhat mixed) neighborhood next to Hebrew University, where we do some of our shopping and where Elaine and I run.  We wanted to get Mom and Lindsay a falafel, but our usual haunt had already closed early for Shabbat.  There is a more established store where we through we could get them a shwarma, but it had different, and not particularly appealing, choices today.  So we settled for kosher pizza (sc. no meat with cheese).  Then, since we needed to pick up some bread, we gave our guests an experience in a local "super" market.  It is actually one of the better, and more westernized, one that Elaine shops at, but it was still a bit of a culture shock for Mother and Lindsay! 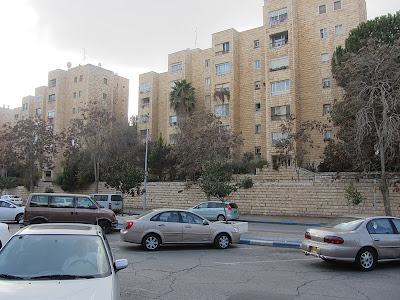 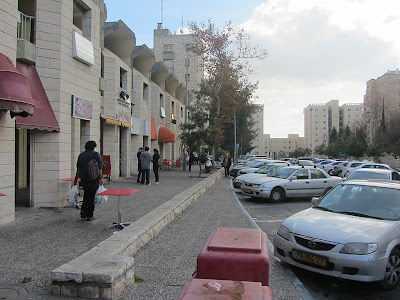 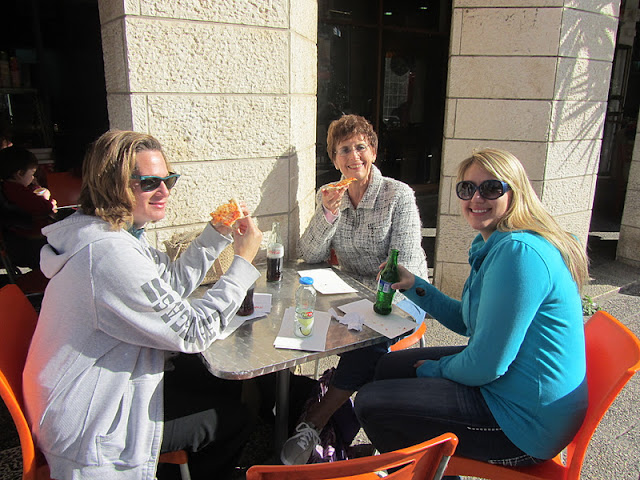 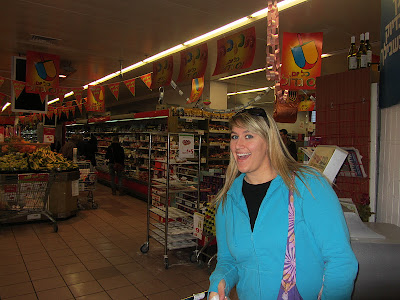 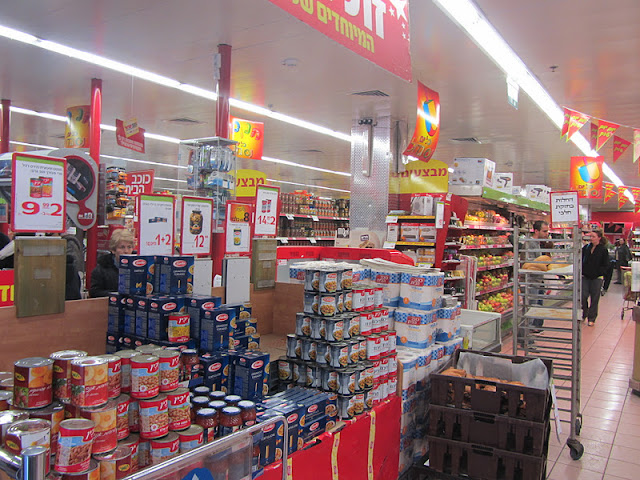 Readers of our blog are used to long, rather involved, often overly-historical posts describing the sites we visit and the events we experience.  So, I thought it might be nice, and provide a different insight, if we have some guests bloggers the next couple of weeks. First, here is Mother with a few impressions from her first full day in Jerusalem:


It was so interesting to drive around the Kidron Valley and to see how close together everything really is. Realisticly, I knew that those sacred places had to be in walking distance for Jesus to go to the Upper Room, then to Gethsemene, and then to Pilate for the trial, but to see all these places and areas so close together really took me by surprise.

Just driving around and seeing these places by car, makes me so anxious to actually visit and be  there brings tears to my eyes. I can't wait until tomorrow when we will visit Getheseme and the Garden Tomb. I know that being in these areas will strengthen my testimony of Christ even more.

I was surprised to see the difference between East and West Jerusalem, East Jerusalem is so old, dirty, and crowded, and the roads wind around and around and the traffic is terrible. I don't know how anyone finds his or her way around. West  Jerusalem is like a modern, huge city. It was surprising to see the King David Hotel knowing the history of the bombing before the war of 1948. I couldn't believe the walls of Jerusalem, some of the gates that led into the city. Eric is so knowledgable that his running narritive of the history brought everything alive.

Lindsay and I went to a grocery store, oh boy, how we appreciate Smiths and Day's market. We are still so tired from the trip, but know that this trip will be the experience of a lifetime.

And here are a few observations from Lindsay:


The first thing thing that I found interesting during today's outing around Jerusalem was how close everything was together. When I think about different places described in the scriptures, I imagine that they are spread out much further. Another thing that has been surprising to me is the added urban crowded areas of the city. Before we came to Israel, I had this imagine of what Jerusalem was going to be like, but somehow it is all just different. It is different in a way that is impossible to explain and surreal.

When we were looking out over the city on our first stop today, I got this overwhelming feeling of peace and comfort. Just looking out over where Christ lived and preached is incredible. It is so different actually viewing these historical places  is so much different than pictures. You can be looking at a picture of the Dome of the Rock and then be actually physically looking at it and it is as if you are somewhere completely different. What also is great is having our own personal tour guide. Having Eric explain where things are and what happened in different places really enhances this experience I am having and I am looking forward to the next three weeks and all of the places we will be going.


We returned to the Center in the later afternoon so they could rest and I could finish my grading.  Since this evening was the beginning of Sabbath, for a bit of added local color, we bought a challah, a braided loaf, and lit candles before dinner, demonstrating the traditional prayers said over the candles and bread.  The menu, however, was Thai food cooked by yours truly! 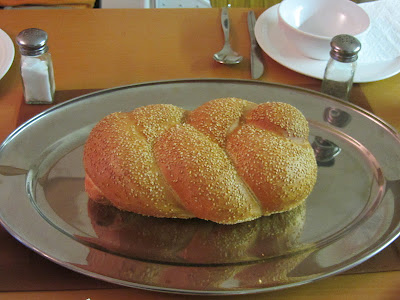 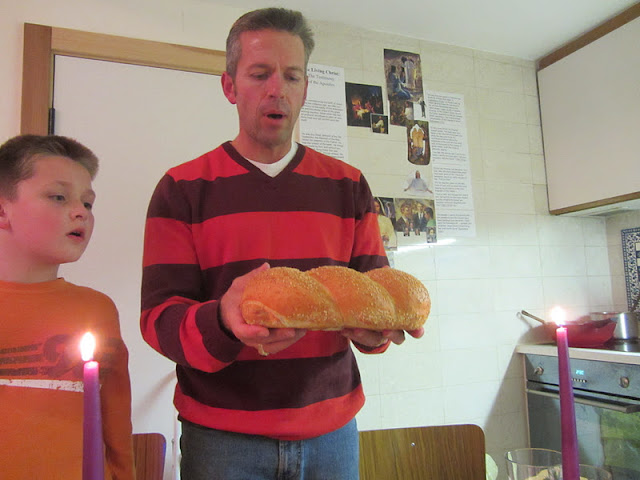 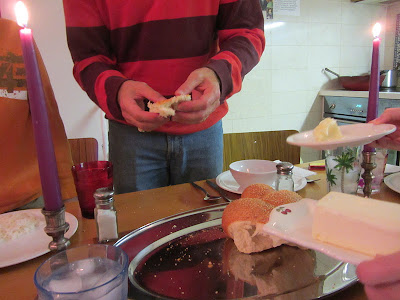 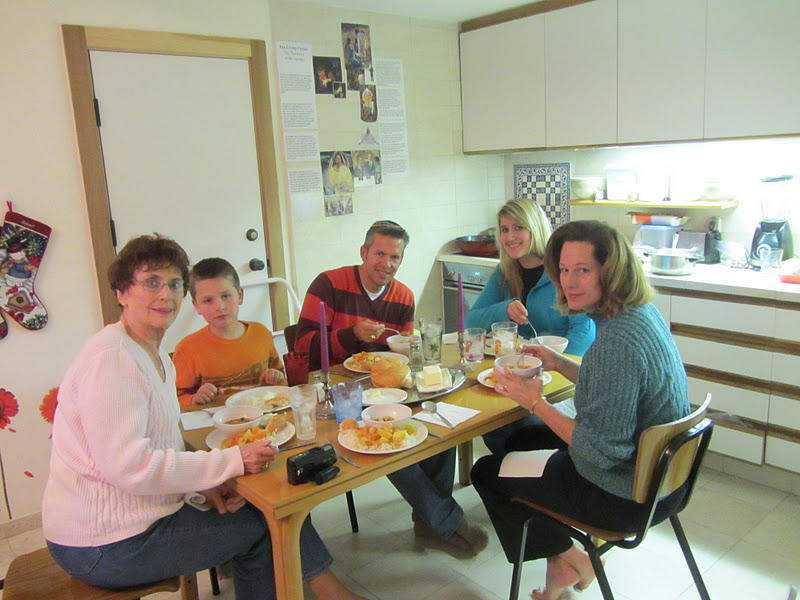 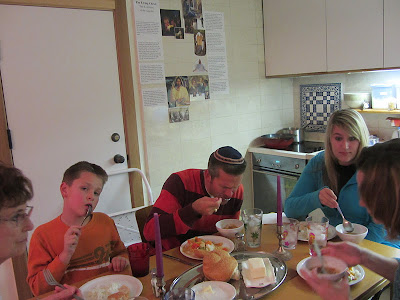