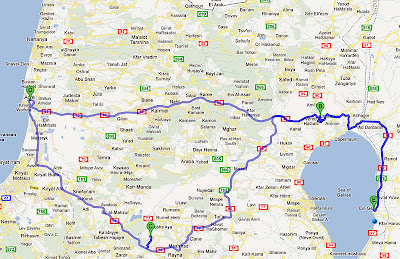 Galilee Day 10 (11/23/11): The title of this post is a bit misleading.  The first site we went to today, Chorazin, is near the Sea of Galilee and is in what I would call Lower Galilee.  The next site, Sepphoris is just over the hill and across the valley (which sounds suspiciously at this Thanksgiving like it must be on the way to Grandma's house!) from Nazareth, so THAT is Western Galilee.  The final site, Acco, is on the Mediterranean, and while it is in Israel's Northern District, in the biblical period it was always outside of the borders of Galilee.  Anyway, "Western Galilee" is as good a name for today's field trip as any, and we certainly spent a lot of time driving through Western Galilee.

Our first site, Chorazin, is mentioned in Matthew 11:21 as one of three cities, together with Bethsaida and Capernaum, upon which the Lord pronounced woes for failing to repent.  While no teachings or miracles are specifically located here in the gospel texts, the fact that Jesus mentions the mighty works that were done here suggests that many teachings and miracles that are not given a particular location might have occurred here.  It is not far from Capernaum, so it was certainly in his major zone of operations in the Galilean ministry.

Rather than being located right on the sea, as were Capernaum and (at that time) Bethsaida, Chorazin is located in the hills above the city.  In fact, one commentator calls it "Capernaum with a view."  It is much like that other city, made mostly of local black basalt stone and heavily influenced by Hellenism though solidly Jewish. 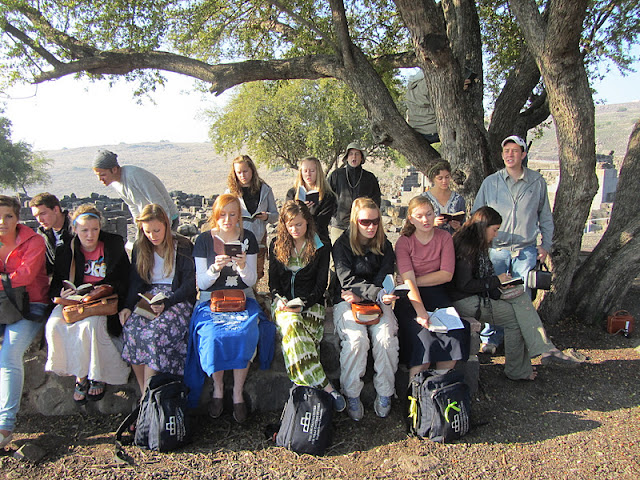 We started with a devotional in an early part of the site, where we read not only the "Woes" of Matthew 11:20-24, but also the Jesus' prayer in 11:25-27 and then his invitation to "Come unto me" in 11:28-30.  I talked to the students about how we are more often like the Pharisees than the disciples, sometimes smug in our righteousness and goodness and eager to judge others or impose rules of our own making.  Also how the Lord could very well decry Provo, Salt Lake, or Jackson TN as much as San Francisco, Las Vegas, or Memphis when he returned.  We are called upon to a higher level of devotion and faith because of the "mighty works" he does in our lives each and every day.  We then sang "Choose the Right," and, in a more reverential tone, "I Know that My Redeemer Lives."  I cannot express how much it means to sing and often pray at these sites. We feel like real pilgrims, not just tourists. 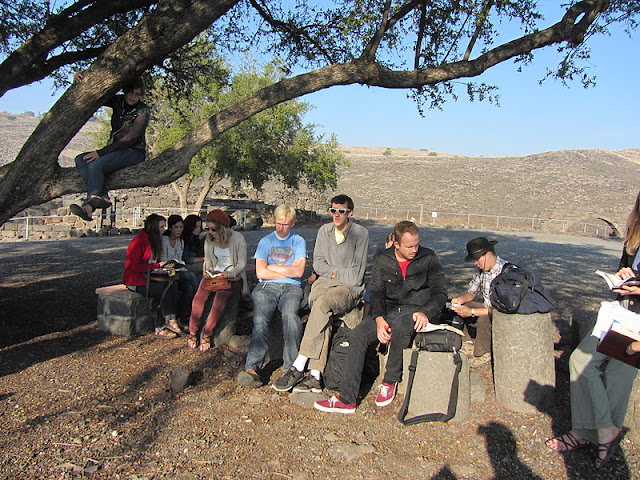 Virtually all of the surviving ruins date to well after the New Testament period in the first century, but they give  some idea of what the site may have been like at the time of Jesus.  And perhaps more importantly, the fact that the city for some time continued to be prosperous but now is nothing but a pile of ruins speaks eloquently of the Lord's denunciation of this and the other two sites, Capernaum and Bethsaida, which are no longer inhabited, white other sites, such as Tiberias and Nazareth and Jerusalem itself, still are. 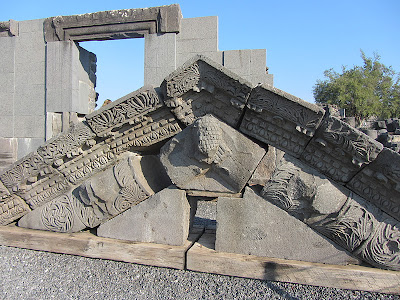 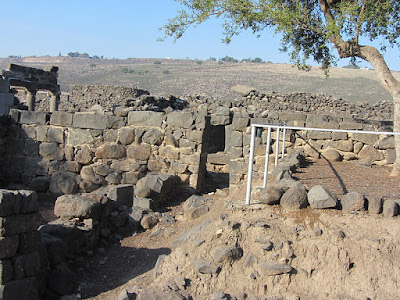 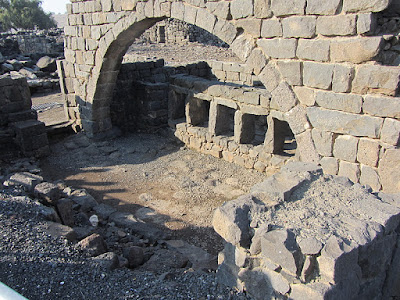 The next site on our itinerary was Sepphoris.  This was an unusual Galilean Jewish city.  The Roman general Pompey made it the capital of Galilee when he marched through the area and reorganized it in 63 B.C.  It continued to be the leading city of the region, and when Galilee became the tetrarchy of Herod Antipas, he made it his capital and embarked on a massive rebuilding program.  This required workmen and craftsmen of all kinds, perhaps helping explain why Joseph the Carpenter relocated to Nazareth after he brought his family back from Egypt.  In addition to having connections with his in-laws there, he may well have found work in nearby Sepphoris, which is only 4 miles away.

While Joseph and perhaps even Jesus may have worked in this neighboring city that must have dominated its small, village neighbor, it is never mentioned in the gospels.  When the Jewish Revolt broke out in A.D. 66, Sepphoris prudently decided not to join their fellow Jews in fighting Rome.  When Vespasian invaded the region and defeated Josephus, Sepphoris thew open its gates and negotiated a surrender that allowed it to go unscathed.  After the second Jewish Revolt was crushed in A.D. 135 and the Galilee became the center of Judaism, Jewish sages came here and to Tiberias.  The Mishneh was actually codified here.

Sepphoris presents an interesting blend of continuing Jewish strength and Hellenism.  The synagogue is decorated with mosaics that combine Jewish elements and iconography with the zodiac and figures from Greek mythology.  The houses of the rich were decorated with fabulous mosaics, again all in the finest style of Greek and Roman culture. 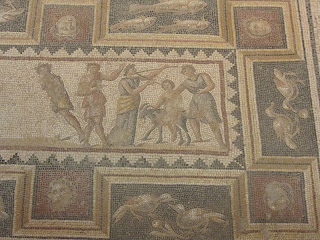 Our last stop was Acco, a city on the coast with a long, long history.  A Canaanite and then Phoenecian city, in the Hellenistic period it was known as Ptolemais.  But is most famous incarnation was as Acre, the main, and last, Crusader era outpost. 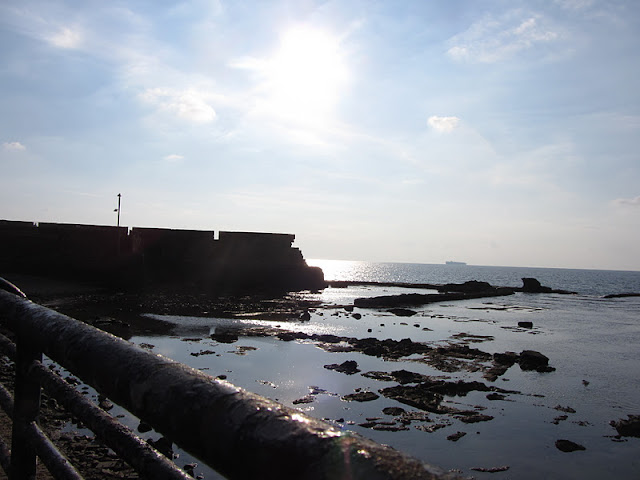 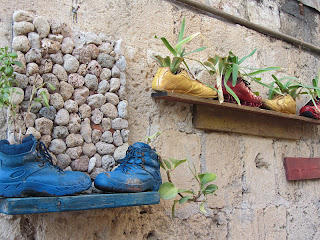 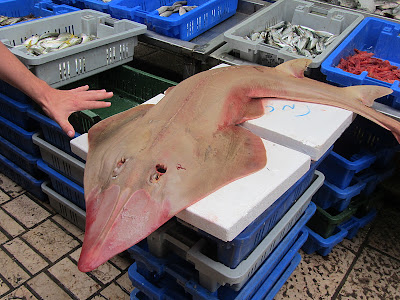 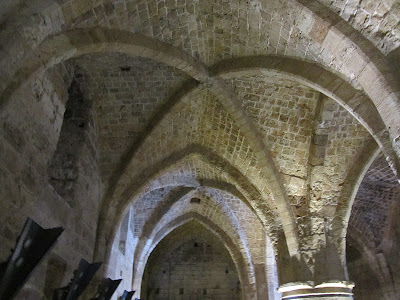