I debated posting this on Samuel's page, because so much of this entry is a function of my boy this week, but I was party to all of the activities, so here it is a general blog post.

Bachelors?  Why?  Wednesday I put Elaine and Rachel on a plane to Paris.  Rachel has been studying French for a couple of years, and neither she nor Elaine have ever been to France.  Our friends Daryl and Mary Lee are there for a semester as Daryl directs the BYU study abroad program.  And Elaine was desperate to get out, needing a break.  So there you have it.  I am sure pictures will be forthcoming on Rachel's page, Elaine's own blog, or perhaps Facebook after they get home Sunday evening.

But in the mean time, Samuel and I needed to "rough it" here on our own.  It worked out, because I got him on the van for the Anglican School each day at 7:15, and my class does not start until 8:00.  I then had several hours to work upstairs in my office until my boy got home at 2:45 or 3:00 each day (except for Friday, when the combination of afternoon Muslim prayers and the impending Jewish Sabbath gives our children an "early out" each week.").

Samuel was funny about Momma and his sister going to France.  When I explained to him that they would be home on Sunday and we would go pick them up, I meant from the Tel Aviv Airport, but he thought something else: "Ah no!  I don't want to go all the way to France!"  When he came home from school the day they left, he explained to me that he knew they were gone and ventured a reason:  "There are lots of states in the world. There is Utah, and California, and America, and Jerusalem, and France.  Our family just has to go to lots of states," as if that was a life sentence!

Anyway while the girls have been away, we have tried to have our own fun.  We have watched lots of movies and even broken Elaine's "not before Thanksgiving rule" to listen to Christmas music and even watch a couple of Christmas videos.  We have baked cookies or made popcorn each night, and yesterday we splurged and bought two pizzas and Sprite at the cost of 105 NIS (approx. US$ 28.22) and our two tubs of ice cream for 63 NIS (approx. US$ 16.90), so in our own way we have tried to keep up with the girls' spending.

Samuel, as many of your know, is fixated on holidays, especially since we are celebrating them this year in Jerusalem and not "in our home in Utah."  So just as we decorated for Halloween, we have started decorating for Thanksgiving. 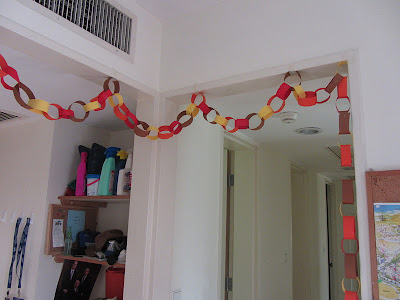 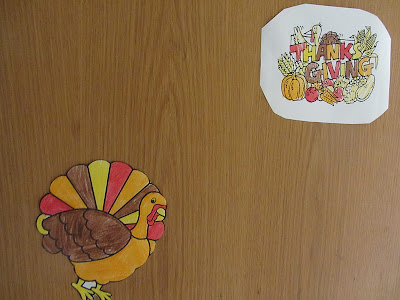 Today was Sabbath, so after church I pulled out my old bachelor skills and made our own "Sunday" dinner, complete with a roast chicken, mashed potatoes and my own homemade gravy (not as good as Elaine's of course), peas, corn, of course jello, and one of our precious packs of American Crystal Light to drink.

The girls get home tomorrow afternoon.

BTW, today we had a number of tour groups at sacrament meeting.  Included in the number were a few of my friends from the Mormon Tabernacle Choir: Robert and Diane Prince and Nola Child and her husband Wendell.  As always, it was GREAT to see friendly faces and get caught up a bit. 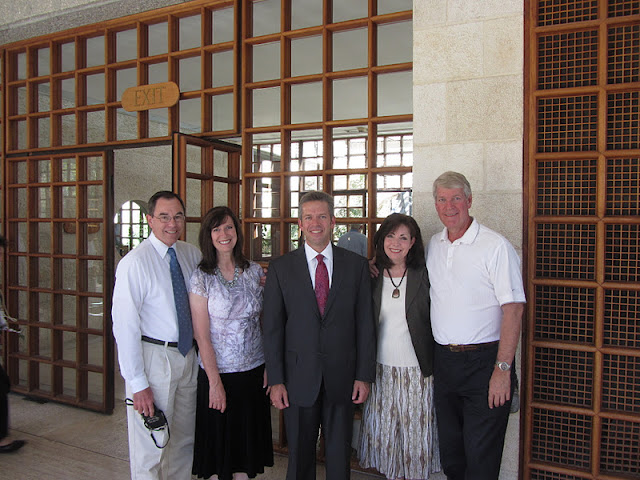 This evening Samuel and I made another batch of snickerdoodles, which are fast becoming one of his favorite cookies (he still likes chocolate chip cookies best, but is Dad does not like chocolate much).  He was eager to do a lot of it "all by himself," even successfully creaming the butter and sugar with the mixer.  Of course the best part was eating the dough when we were (almost) done! 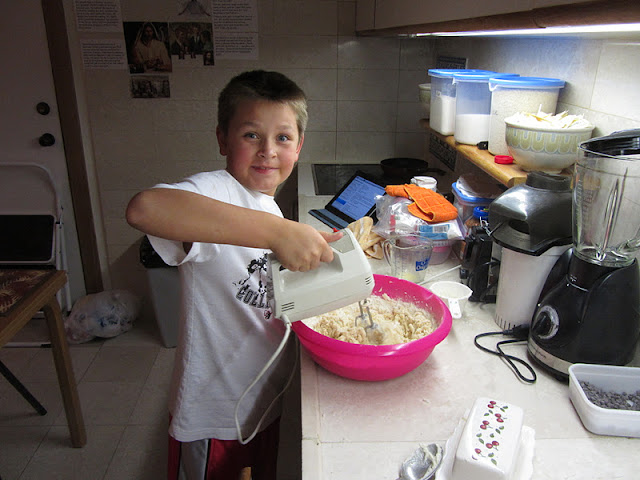 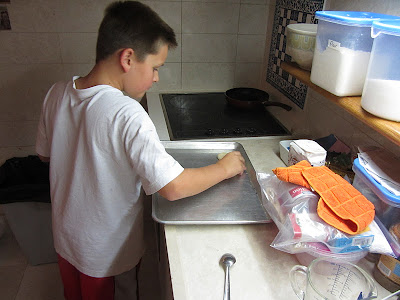 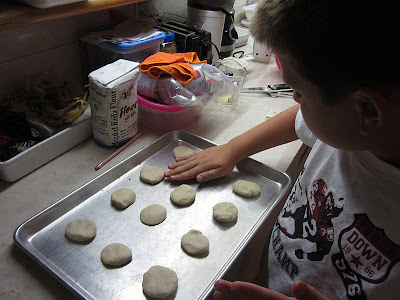 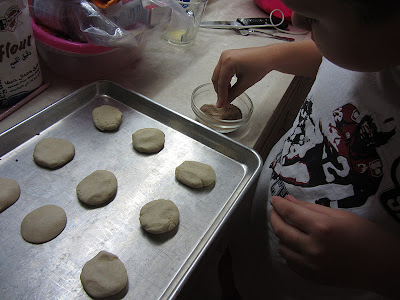 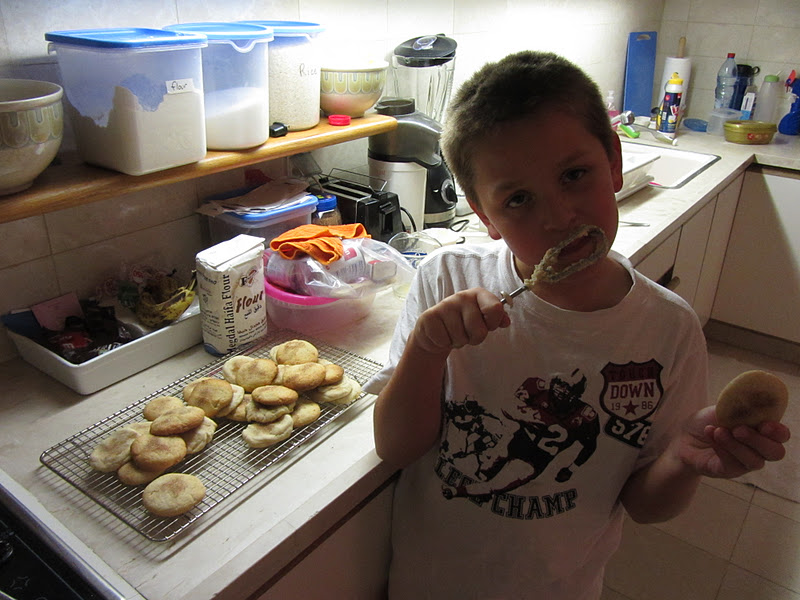