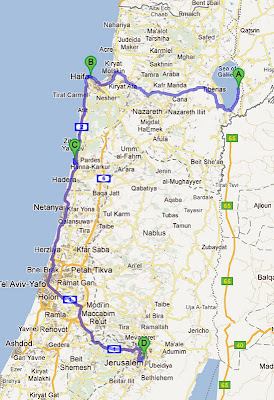 Our Galilee Rotation ended as we checked out of the hotel at En Gev Kibbutz and drove to Haifa, the third largest city in Israel.  Located at a strategic point where Mount Carmel juts into the sea, forming a protected bay right where the Jezreel Valley opens up, Haifa is the largest and most important port in Israel.

Below is today's highlights video:


Our objective in Haifa was the German Templar Cemetery, which lies behind a British military cemetery that houses the dead who helped seize Palestine from the Turks. The German Templars were a millennialist German denomination that began to settle in the Holy Land about 1850, bringing advancements in agriculture and technology to Palestine.  Early LDS Missionaries in what was then the Turkish mission came to Haifa, primarily to work with resident European Christians like the Templars.  Two of these young LDS missionaries, Elders Clark and Haag, died while in the Holy Land, and their graves, which we visited, are there in the Templar Cemetery.  Also buried there are two early converts, Georg and Magdalena Grau.  It was very moving listening to Andy Skinner recount their missions and read a letter from Elder Clark to his loved ones at home in Draper, Utah.

As we left Haifa, we drove up onto the Carmel Ridge.  As we drove, we saw over the edge the complex of the Baha'i.  A religion that grew out of Islam in Persia in mid-nineteenth century.  It focuses on the unity of mankind and all religions.  One of its founders is buried here in Haifa and the other in Acco.

Driving farther along the Carmel ridge, we came to the Carmelite Monastery that commemorates the Prophet Elijah's contest with the priests of Ba'al.  After watching the other class reenact the scene in a funny role play, we entered the complex, where the custodian allowed us to go into the small chapel and sing.  We sang three reverent hymns, which sounded beautiful in the acoustics of that small space: "Where Can I Turn for Peace?" "More Holiness Give Me," and "Father in Heaven." 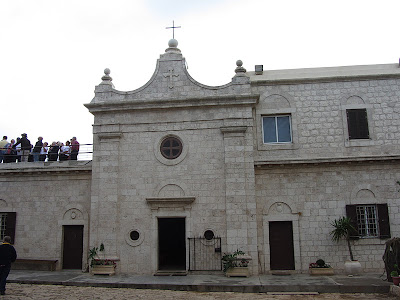 Many visitors gathered in the doorway of the small chapel and just outside to listen to us sing, and in an amazing coincidence one of them was a man named David Galasso, who was a friend of Craig Jessop, formerly the music director of the Mormon Tabernacle Choir.  His wife, when she heard us sing, ran up onto the roof where there is an overlook, and said that there was a group in the chapel "singing like angels."  He came down, listened from the door, and asked one of the students if they knew or had sung with Craig Jessop.  The student directed Mr. Galasso to me, and we had a great visit.  He had sung with Dr. Jessop under Robert Shaw.

We then went on to the roof and read the account of Elijah and the prophets of Ba'al from 1 Kings 18.  We talked about modern instances of "halting between two opinions," and I also brought in Alma 5, pointing out how important that it is that we are truly, and individually, converted . . . and we have felt so once, to feel so again.  From the roof overlook, there were stunning views of the Jezreel Valley. 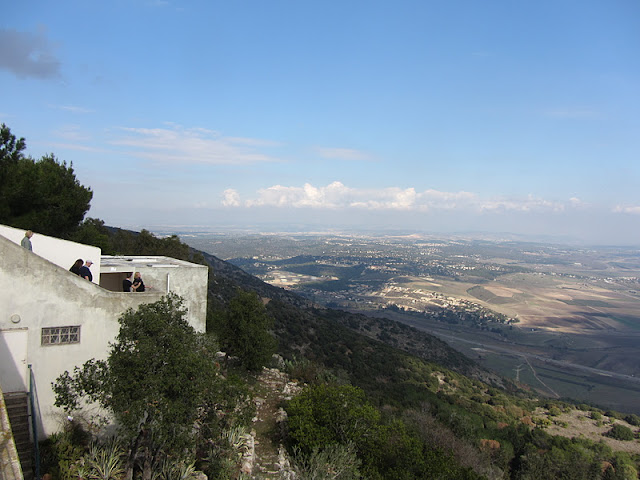 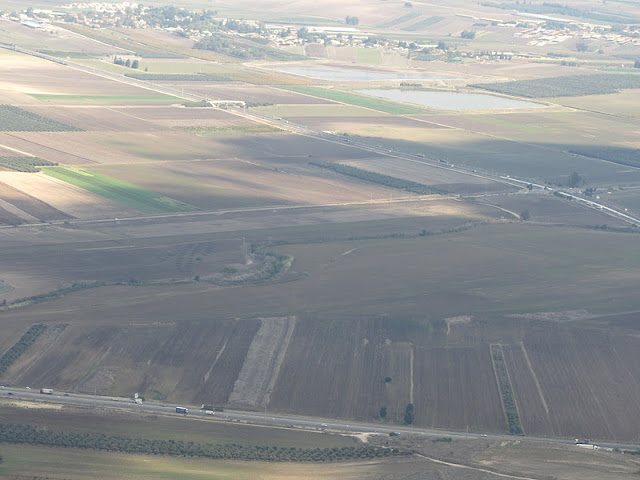 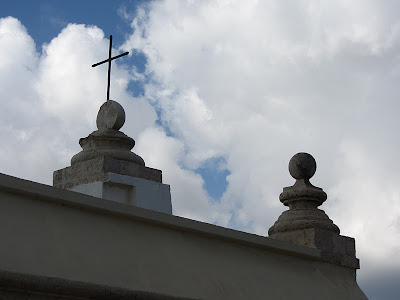 Our last site of the day was Caesarea, the city on the coast that Herod the Great transformed into a busy port and the most important Greco-Roman city in his kingdom.  Later it became the capital of the Roman province of Judea, and it was here that Cornelius became the first Gentile convert baptized.  Paul was held here for two years and tried before appealing to Caesar and being sent to Rome. 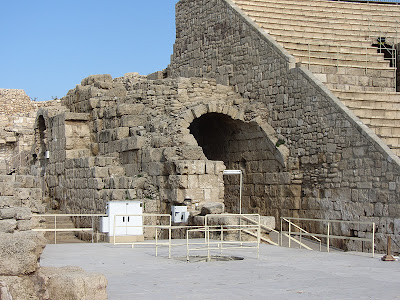 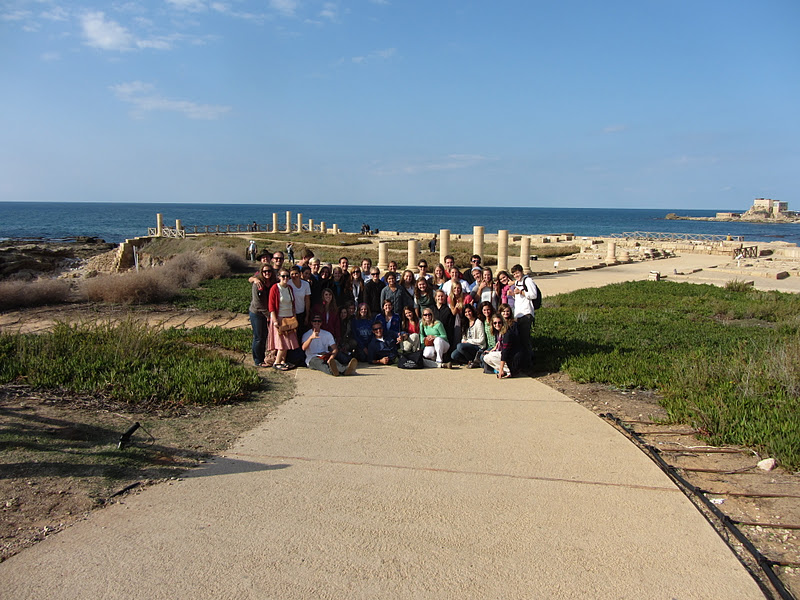 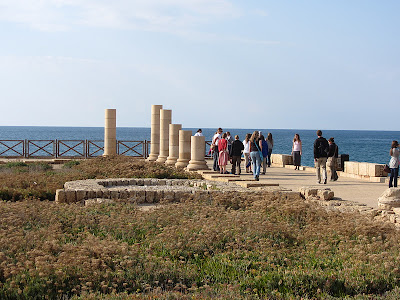 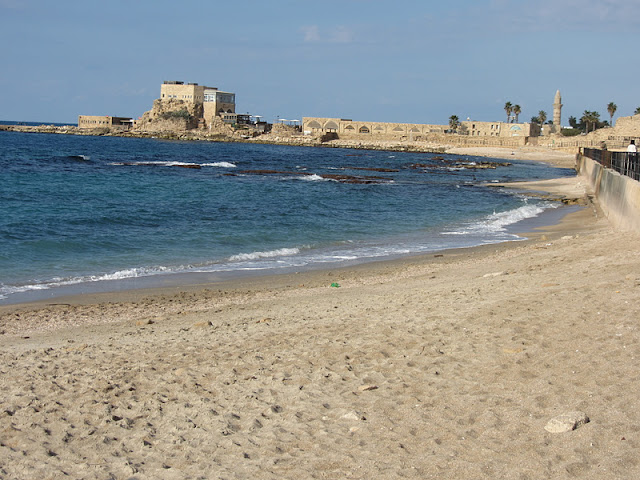 When we arrived home to the Jerusalem Center, we found it all decorated for Christmas.  And in the Oasis we had a Thanksgiving feast.  Our family is going to do its own Thanksgiving tomorrow in our apartment with all of our traditional foods, but the kitchen staff did a good job of approximating the American holiday for us today.  I hope that the mothers of my students in particular will watch the video clip, since their children all say hello to them in it! 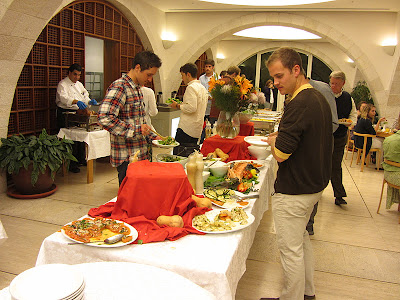 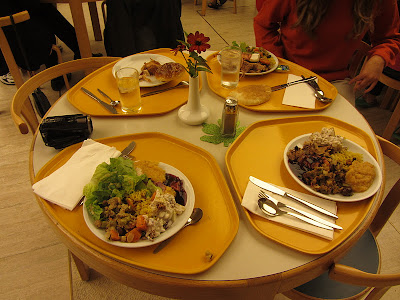