It took me a while to get  signed in to make this post, because Google came up in Hebrew when I tried to sign in!


Our flight from Atlanta to Tel Aviv was eleven hours and thirty-some minutes long. Samuel loved the BIG plane.  I sat between the two children on one side with Samuel at the window and Rachel at the aisle so that Elaine could get more sleep on the other side of the aisle. 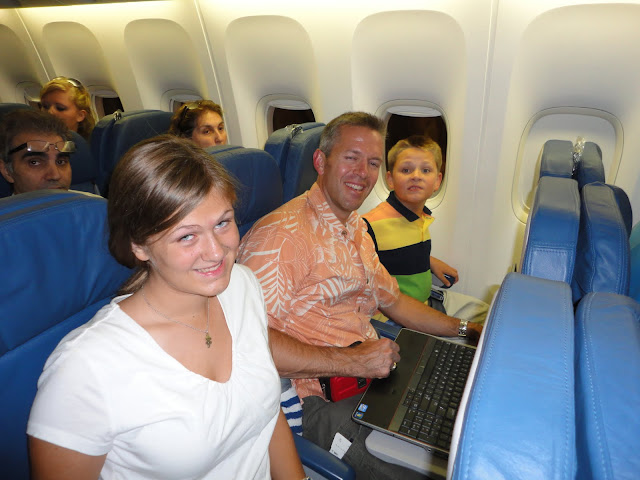 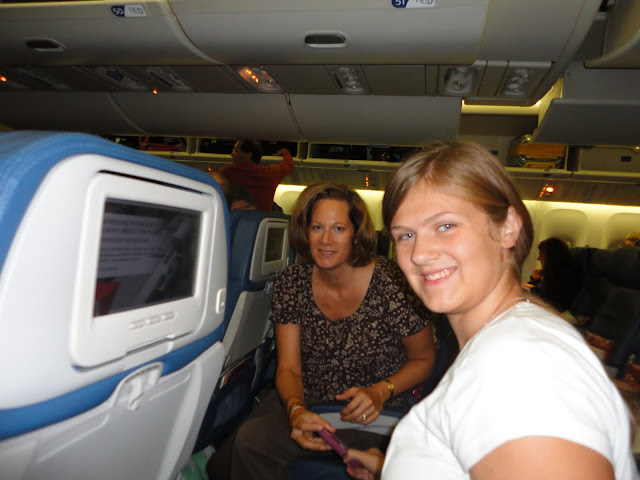 In the last couple hours of the flight, it was fun to follow the electronic map in front of each seat as we passed over Ireland, England, France . . . eventually Greece, the Aegean, and then the open Mediterranean.  Samuel was excited to "be in Asia."  Some of you know how in some of these countries everyone claps when the plane touches down.  That is especially the case when landing in Israel, when so many of the Jewish people on the plan feel so powerfully about the land.  While our flight was full of Jews from across the spectrum, from orthodox to secular, there were some of us "tourist" types and a few Israeli and Palestinian Arabs as well, who likewise feel strongly about this land.

After dealing with a slight hold up at Immigration, we gathered our many, many bags, and with the Harpers sailed through customs.  Ray Huntington, the Associate Director for Academics, was there with two vans and drivers, one for each family.  The fastest route to Jerusalem is through an Israeli-controlled highway through the West Bank, so it was interesting to see checkpoints, fences, and the notorious "Separation Wall" at different points.

Rachel and Samuel were intrigued by the signs, which are in Hebrew, Arabic, and English, and in mostly Arab areas Arabic and small Hebrew lettering. As we approached the Jerusalem Center through East Jerusalem, we saw lots and lots of Ramadan lights, as we are ending the joyous Muslim holiday month.  Then we pulled up to the Center, where some of the service couples helped us unload and get into our apartments.  We are finally in our new home!

After seeing our new apartment, we placed quick calls to Mother and Elaine's father.  I took the phone out to the balcony of our apartment as she answered, just as the muezzins started the call for evening prayer. It is so real!  After looking around a bit and seeing Margaret Ludlow and a couple of their boys, I took the family out on the seventh floor balcony so that we could get a picture with the Old City behind us.  The lighted gold dome of the Dome of the Rock on Temple Mount appears just to the right as you look at us in the final picture. 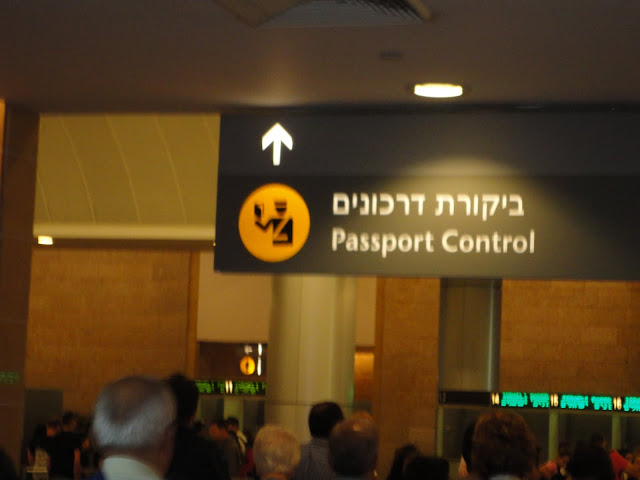 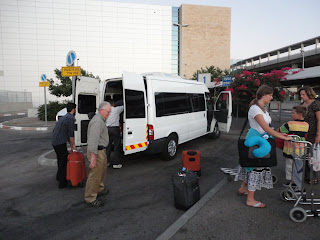