I will not say that Friday, August 26, was a particularly great day. In fact, it varied from tedious to one characterized by shell shock and eventual serenity.  This day was tougher than expected for my family.  The kids were marooned in our apartment as Elaine and I attended never-ending meetings. Grocery shopping is difficult and expensive.  But the city is still holy.

(And, BTW, do not fear that I am going to bug you with posts EVERY day. I am sure things will slow down after we get settled and things are not so new)

Tedious, you wonder, in Jerusalem? Yes. There were some necessary orientation and administrative meetings that ended up occupying much of the day, and though I do not know whether wives needed to be at all of them, Elaine slogged through hours in the morning and another hour or two in the afternoon, even though her chest cold is getting concerningly worse.

Shell-shock? Well, while that characterizes much of this first overwhelming twenty-four hours (much more so for Elaine and the children, who have never been here, than for me), perhaps I should also say "sticker shock."  After our meetings, our trainers, Ray and Sandy Huntington took us to do some initial grocery shopping.  This was complicated.  The Jewish Sabbath was approaching, and many Arab stores had been closed for Friday prayers.  And because of Ramadan, our usual money changers were not available. So the Huntingtons took us to one store, Jaffar's, that was both open and would take debit cards.

Elaine was discouraged, and frankly, so was I. But I was quickly able to put it in perspective by realizing that we had done nothing "fun" or "interesting" today . . . no historical or spiritual sites to temper all the differences that our lives here pose.

So later after we had put together a fairly familiar spaghetti dinner, Rachel and I went out and walked on the balconies of the center to look at Jerusalem again at night. Because it is still Ramadan, the Muslim holy month, many homes and streets in East Jerusalem are brightly festooned with lights, which looks almost like Christmas to our eyes.  The streets in the neighborhood all around us, clearly visible from the center's many balconies, were filled with happy, celebrating people.  Looking across to the Dome of the Rock, I thought of what that sacred place represented to Jews, Muslims . . . and Latter-day Saints.  Turning around, the beauty of the lit white walls of our center struck me.  The "Mormon University," as people here call it, is a landmark of its own, signaling our presence and interest in Holy City.

Earlier this evening church bells had been ringing, and a feeling of serenity---we call it the spirit in our tradition---enfolded me.  Just then the calls of the muezzins from dozens of mosques began to fill the air, conjuring up the reality of the Middle East where we now live.  In quiet homes elsewhere in the city, our Jewish friends were celebrating Shabbat with their families.  And we are part of all this. 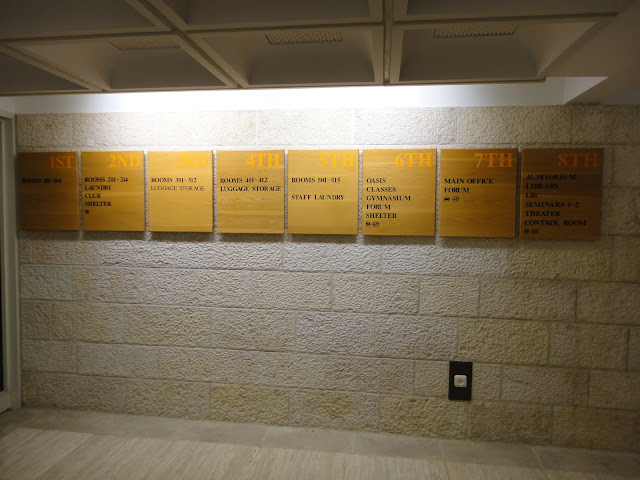