Jerash and the Road to Petra


[BEAUTIFUL, LUXURY HOTEL TONIGHT; UNBERABLY SLOW, UNRELIABLE INTENT.  Please check this post again for a couple of days to see whether I have been successful in uploading more photos.]

We checked out of our hotel after breakfast and boarded two buses for our major site of the day, Jerash.  In Israel and Palestine we will have three buses, one with Brad Wilcox, one with me, and one with Isaac, Calvert, who has brought a lively group of young single adults who remind me so much of our BYU-Jerusalem students.  But since only part of the total group is here for the Jordan pre-trip, we have divided the YSA’s between my bus and Brad’s.

In Jordan and Israel, as in Turkey, Greece, and Italy, we are required to have licensed, local guides.  Ours was a Jordanian from Madaba named Jihad.  As I introduced him, I went into a long excursus about how jihad in Arabic actually means “struggle,” not necessarily, or even usually, “holy war,” and how in Islam it referred primarily to one’s inner struggle to submit herself or himself to God.  After all, that Jihad got on the bus’ microphone and explained that he was a Catholic and that his family had been Christian from about the time of the apostle Paul!  That is because among the Jordanians, as among the Palestinians, some 8-10% of the population is actually Christian (and historically in Palestine the percentage was actually much higher).

We started the day with a bus devotional, which later I will pass around to members of our group but today I handled.  I read the passage in James 2:23 about Abraham being called “the friend of God” (referring to how all three of the Abrahamic religions are trying to follow the example of our father in seeking and finding God.  We then sang “Come, Ye Children of the Lord,” and Rachel offered our travel prayer.

Jihad and I quickly established a good equilibrium and pattern, with him doing the basic history of sites and background explanations of Jordanian culture and with me doing the scripture background and occasionally drawing on my own background in Imperial Roman history and general familiarity with these sites. 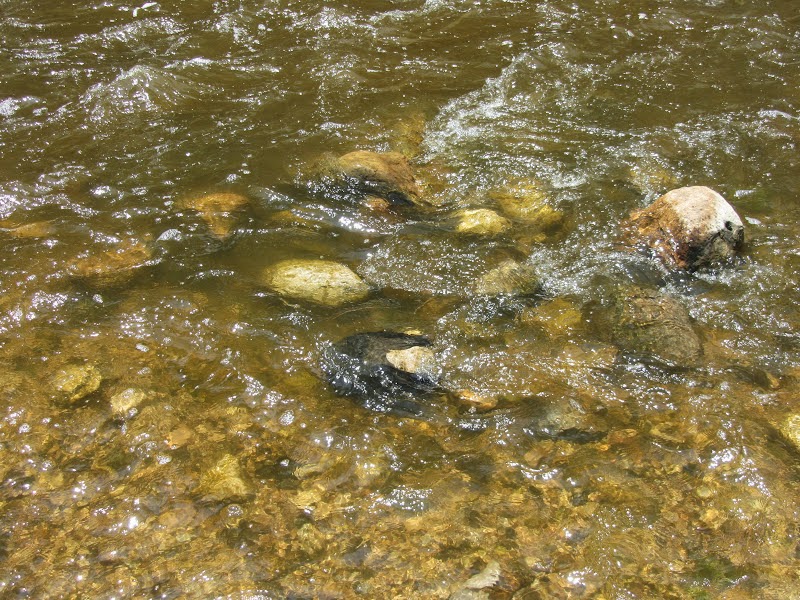 As we drove to Jerash, we pulled over by the River Jabbok, where Jacob wrestled with the angel on his way back to Canaan after having spent years working for his wives in Laban’s service and fathering 11 or his 12 sons (and presumably his known daughter Dinah).  I read the account from Genesis 32:22–30 and discussed the sacred nature of his receiving the new name Yisrael and seeing the face of God and how that compared to the purpose of our experience in the temple.  Given his concern for his family and the presumed nature of the blessings he sought, I extended it to our own making and keeping of sacred covenants that allow us to be with our families forever.  This led us to sing, naturally, “Families Can Be Together Forever.”  It was nice, I thought. 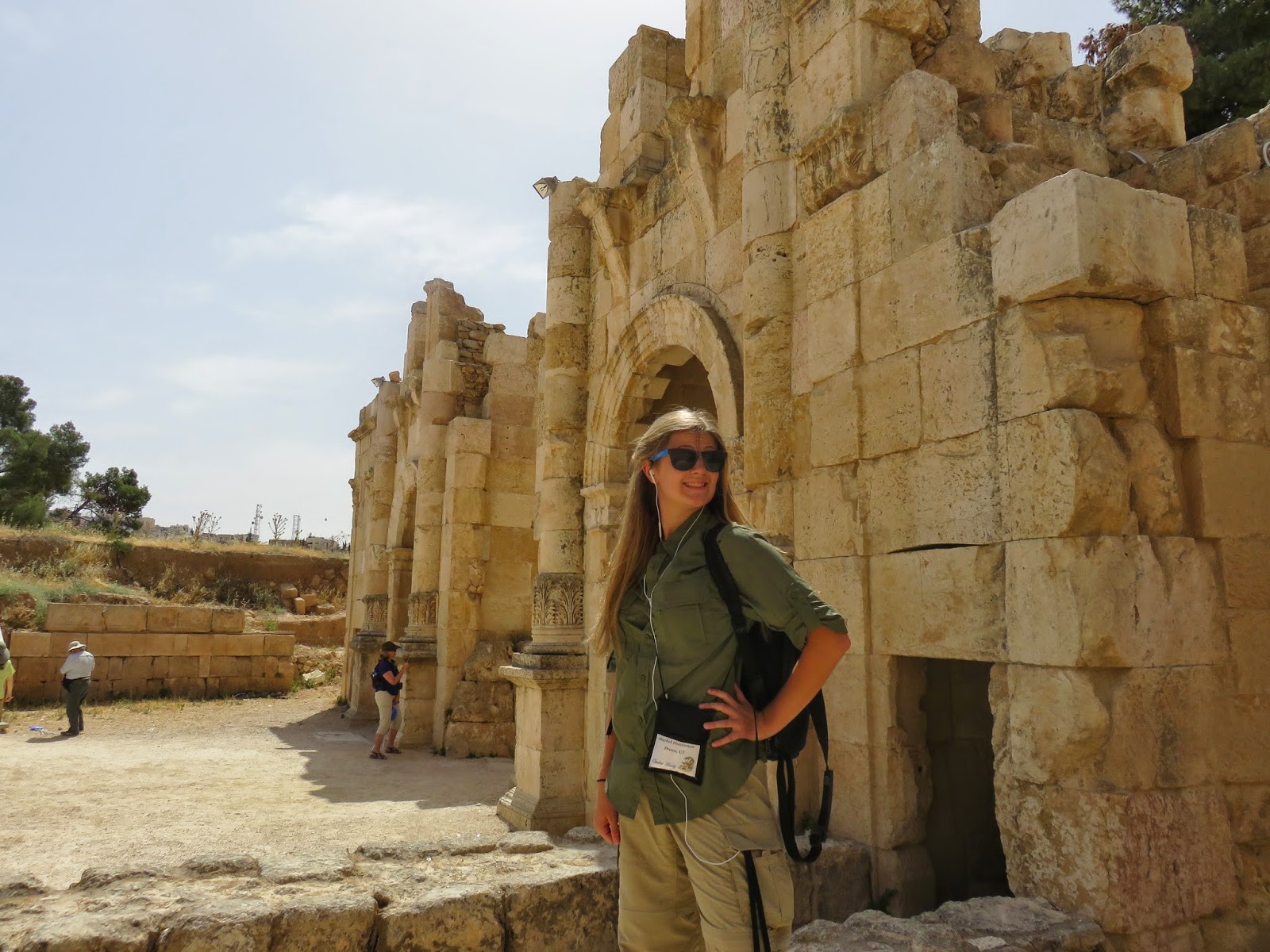 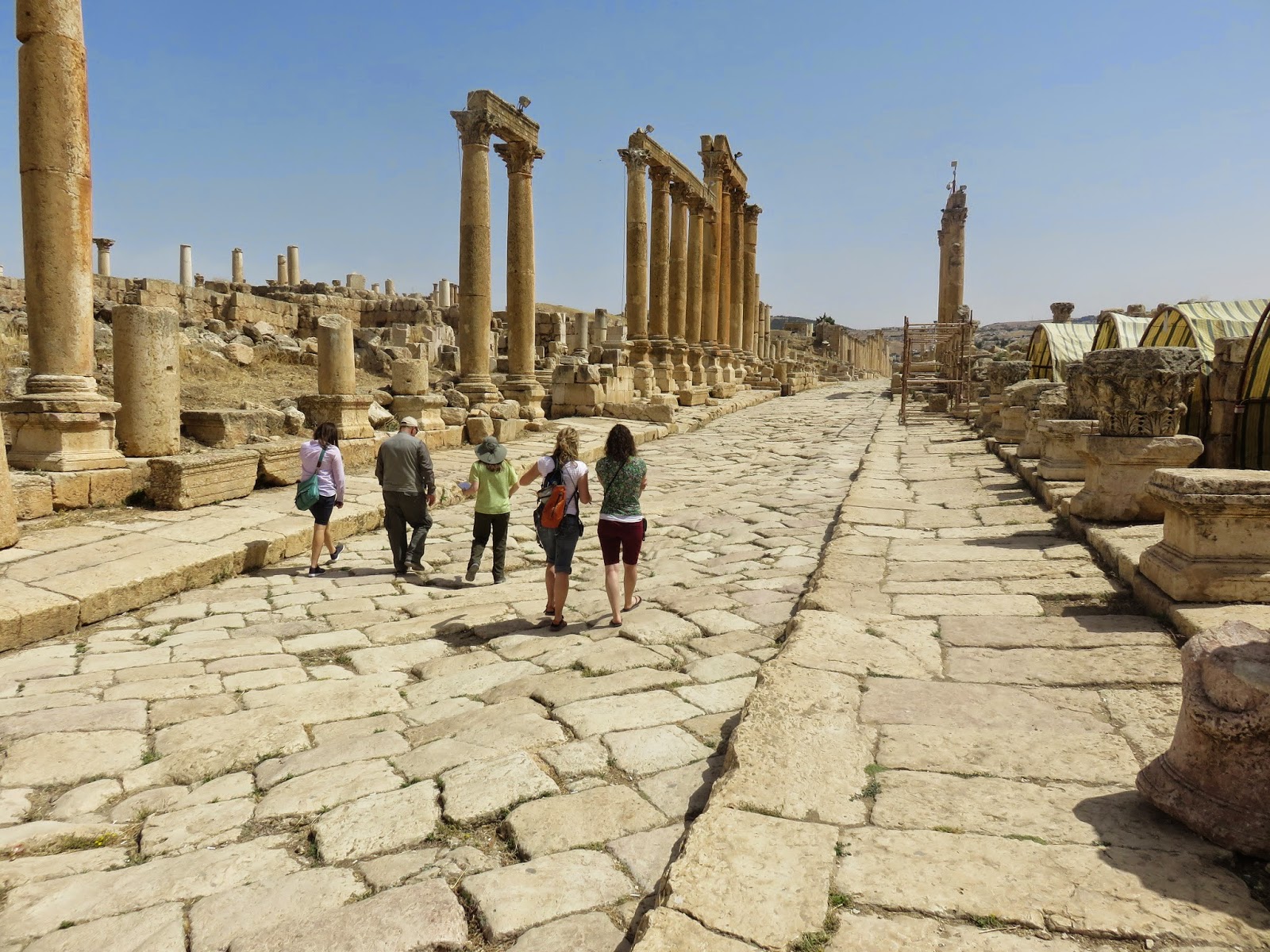 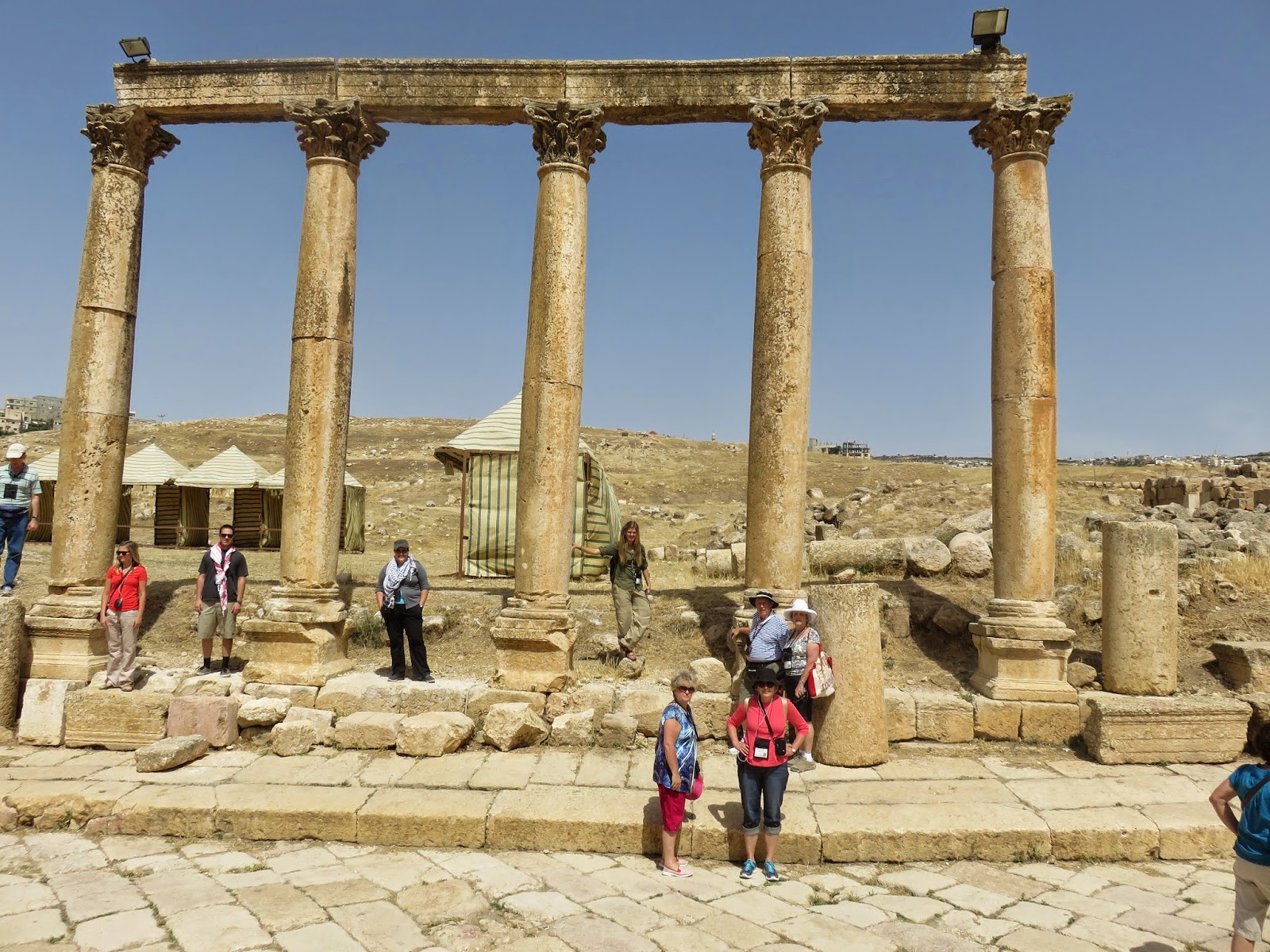 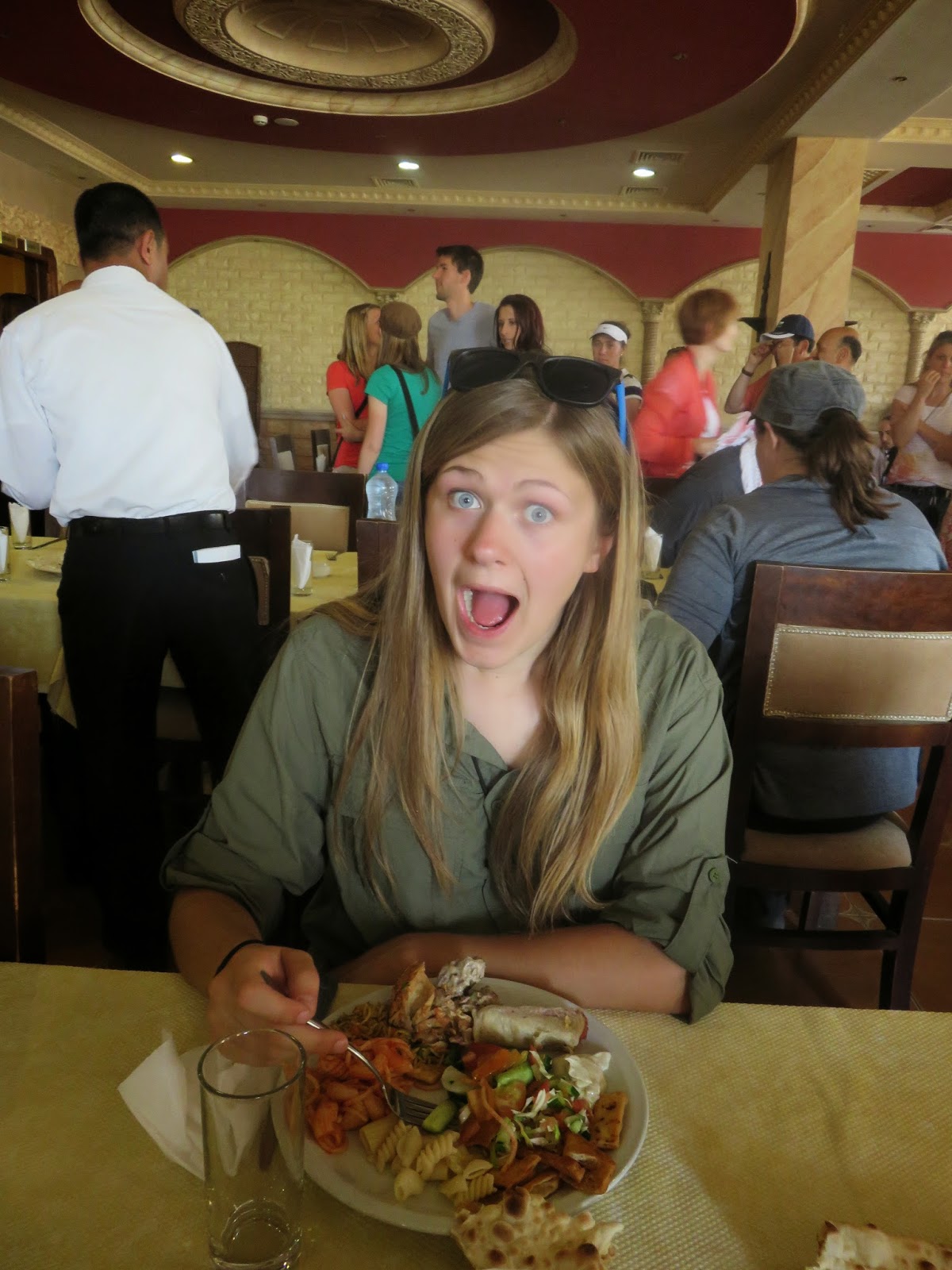 We had a late lunch at the Artemis Restaurant, Artemis having been the patron goddess of ancient Gerasa.  It was a buffet rather than a sit-down traditional feast like we had enjoyed yesterday, but it still consisted of lots of good food! 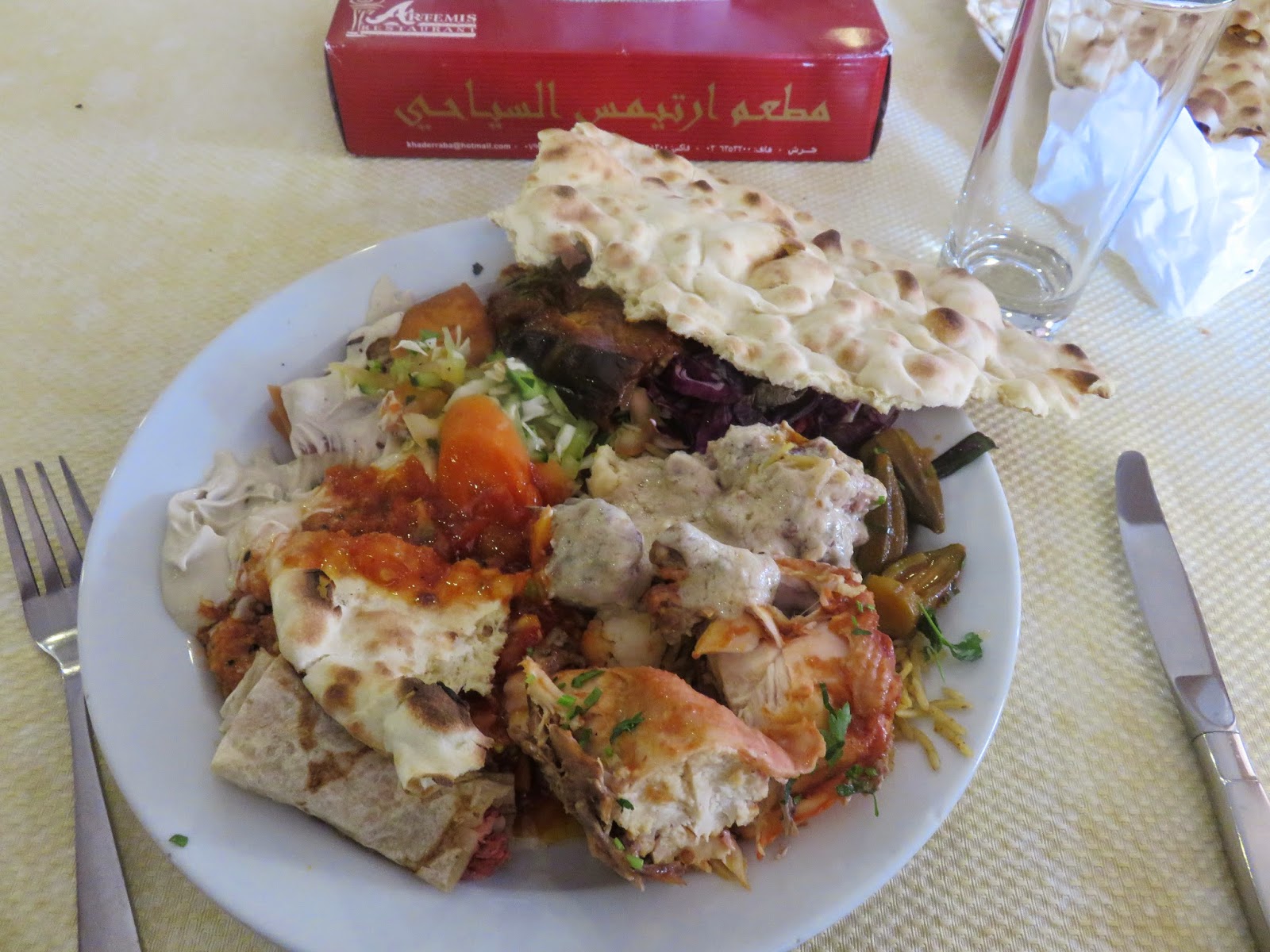 We had a lot of bus time after that, because we drove back down to Amman and then a long way south along the desert highway towards Petra.   I am used to taking more of the road following the ancient King’s Highway where there is time to talk about more history and biblical connections (such as stopping at the Herodian fortress-palace of Machaerus, where Antipas may have executed John the Baptist).  But I am finding that because this commercial tour is necessarily quicker than what we did with our JC students (and, because as we will find tomorrow, we have other interesting sites and activities, such as Wadi Rum), we cannot do it all. 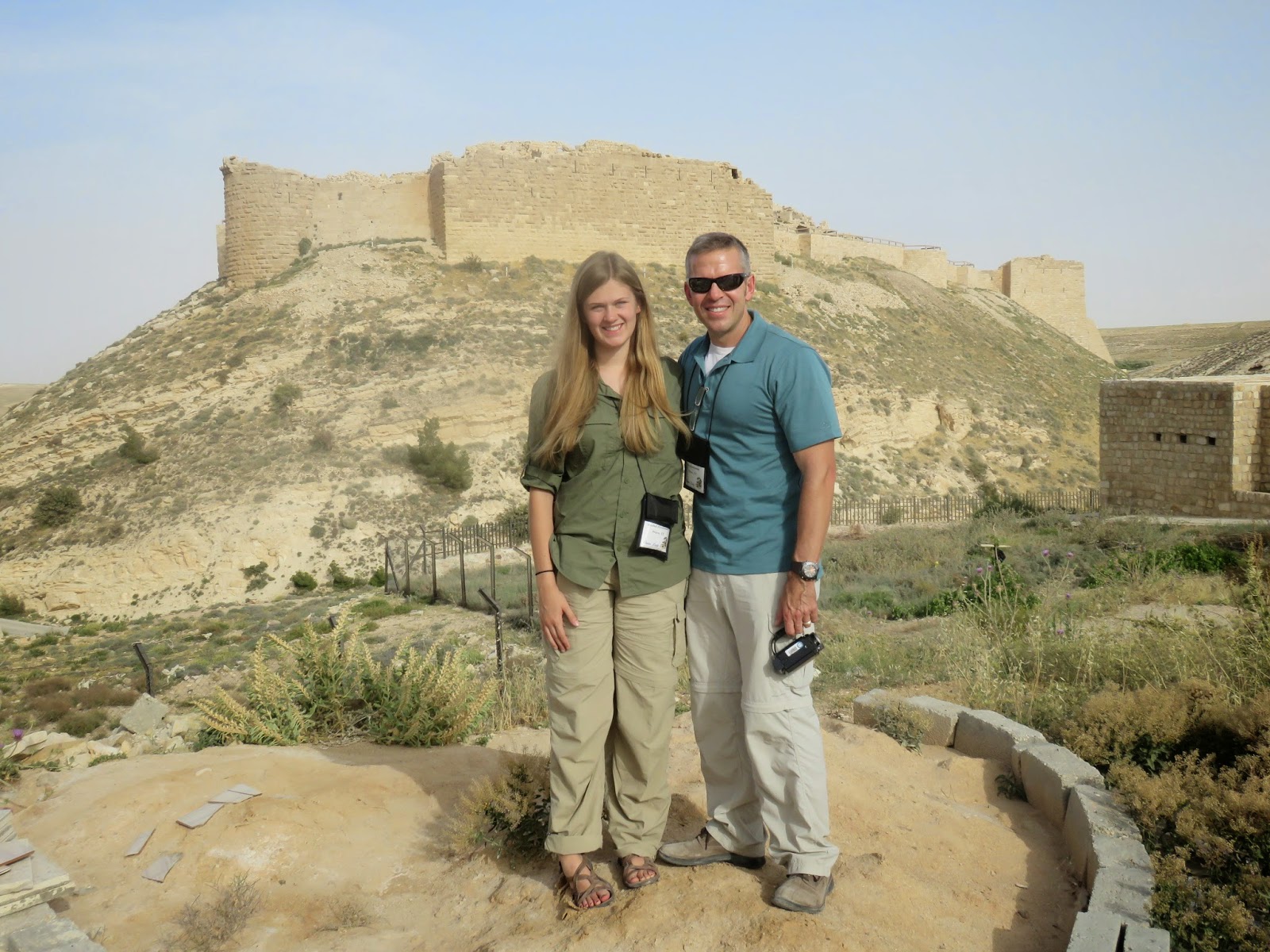 We did stop by and take some pictures of the Crusader Castle at Shoubak. 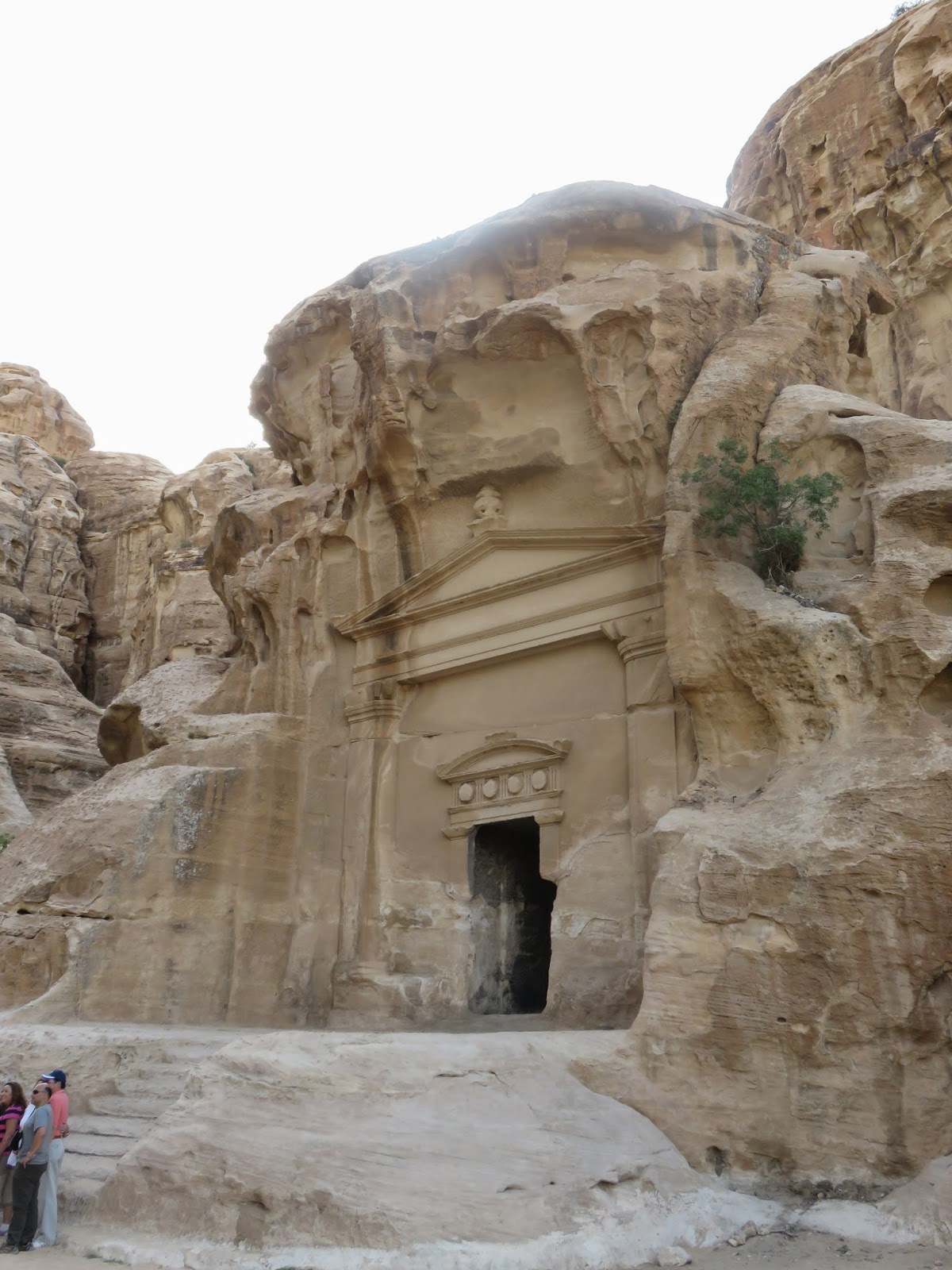 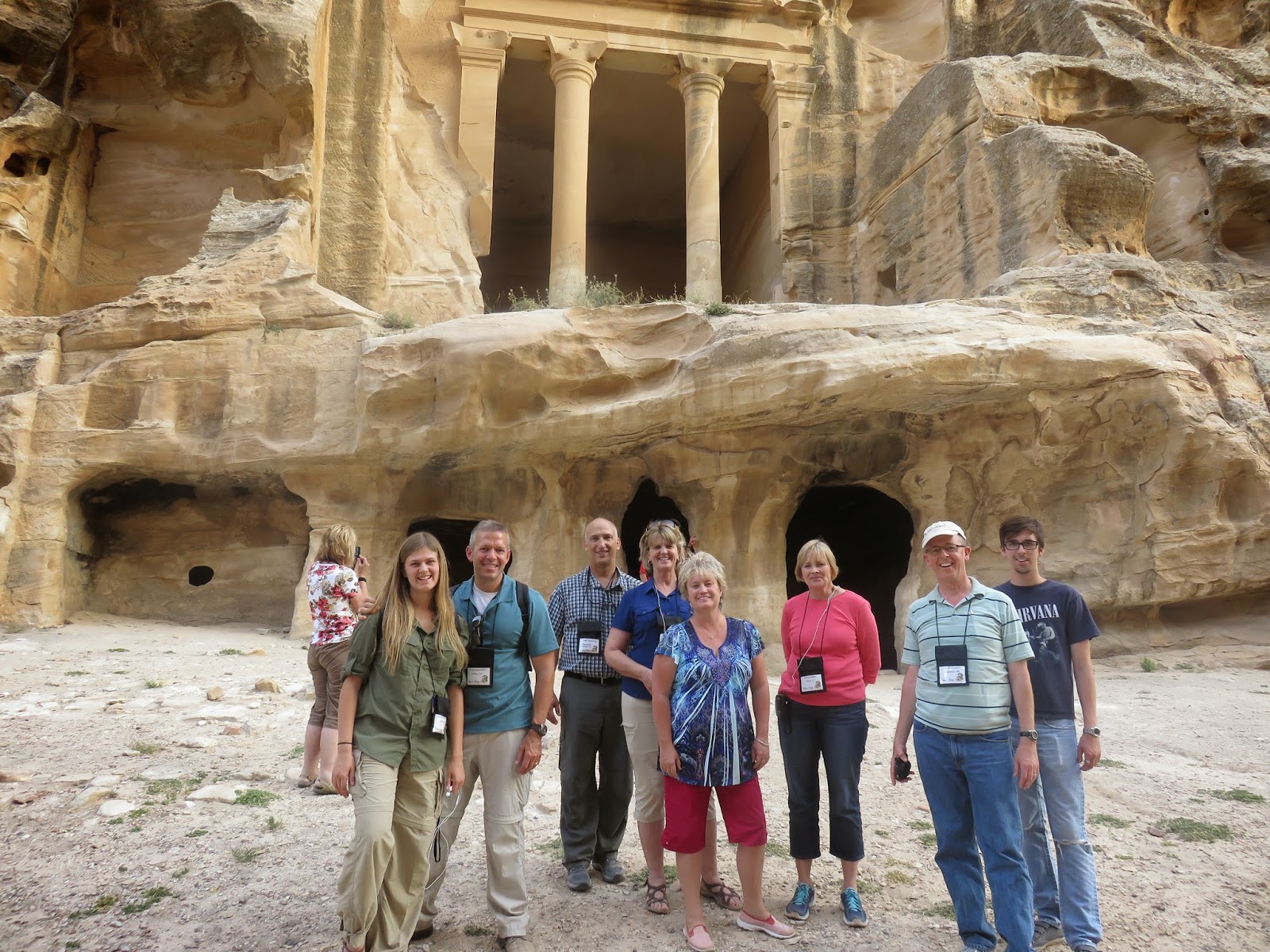 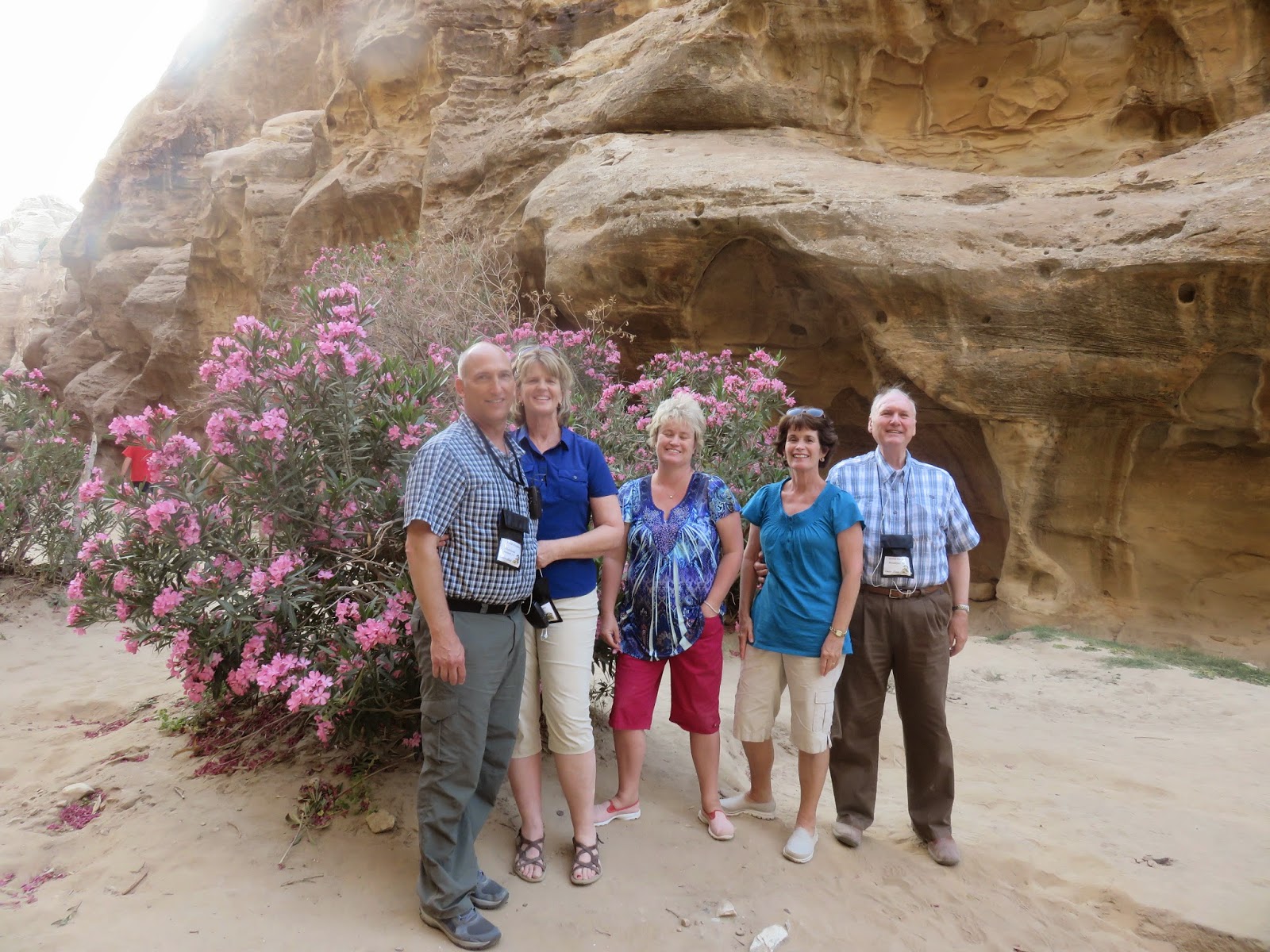 We finally arrived at Beit Zaman, which means something in Arabic like “the house of once upon a time.”  It is a converted Bedouin village which is now a luxurious hotel, one of the nicest that we stay at on this trip.  [Because the hotel's internet is so bad, I am going to punish it by not posting all the fun pictures of it that I took until later when I have better connectivity!]
Posted by Eric D. Huntsman at 1:05 PM