We had another interesting day digging at Huqoq---really interesting at one point, but that will need to be wait until the season results are published!  We left a couple of hours early, however, because Rachel was not feeling well from all the heat and exertion.

7/8/14 Update: See the exciting UNC press release update, "New Mosaics Discovered in Synagogue Excavations in Galilee."  On our second day digging at Huqoq, we were actually there when the first part of these mosaics were discovered.  It was not in the square where we were working . . . we were just barely finishing the Ottoman level and working towards the Mamluk period in our section . . . but everyone at the dig was called over to see when some of the ornamental mosaic border was first uncovered.  The really exciting stuff was discovered after we left . . . 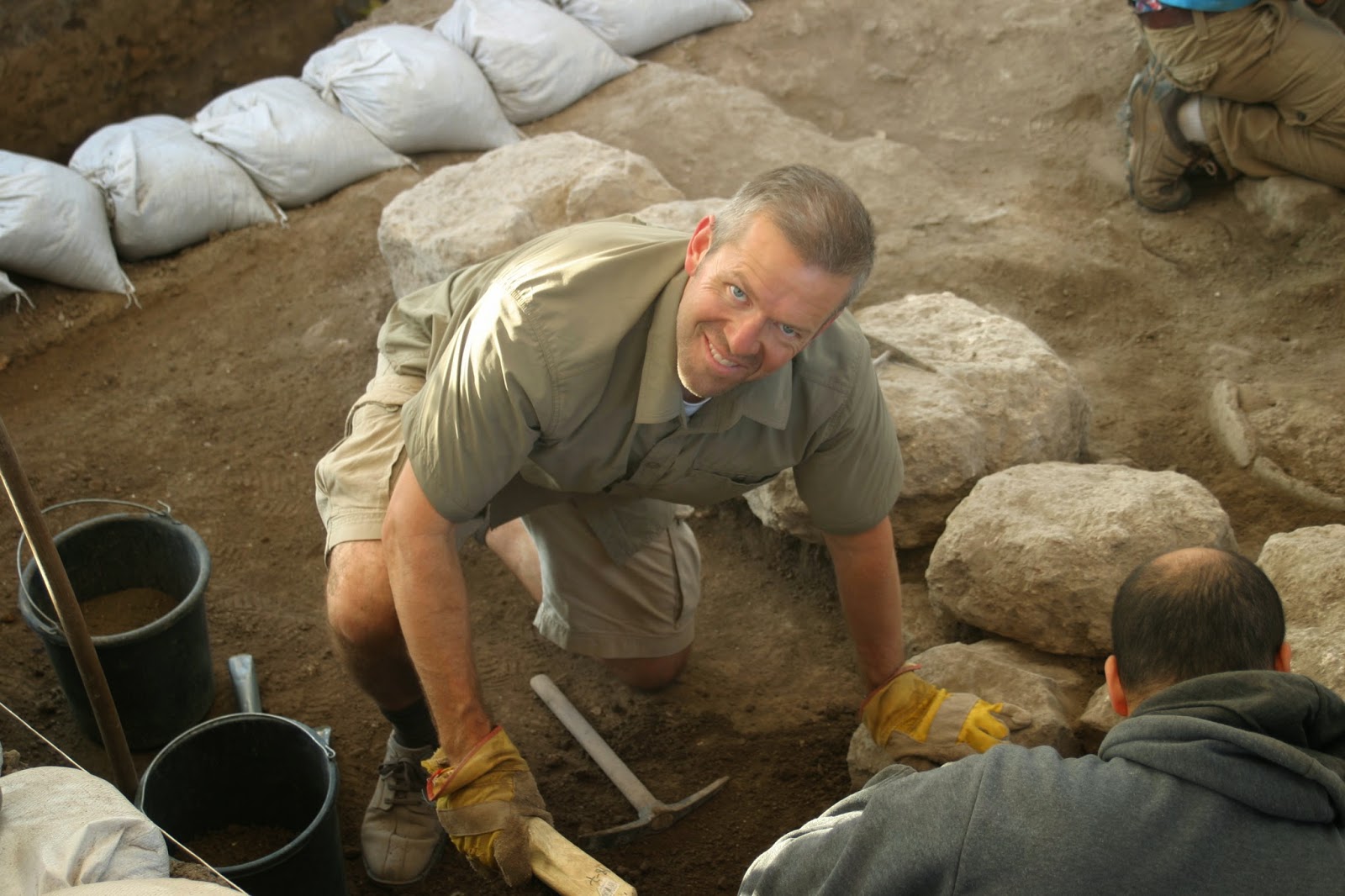 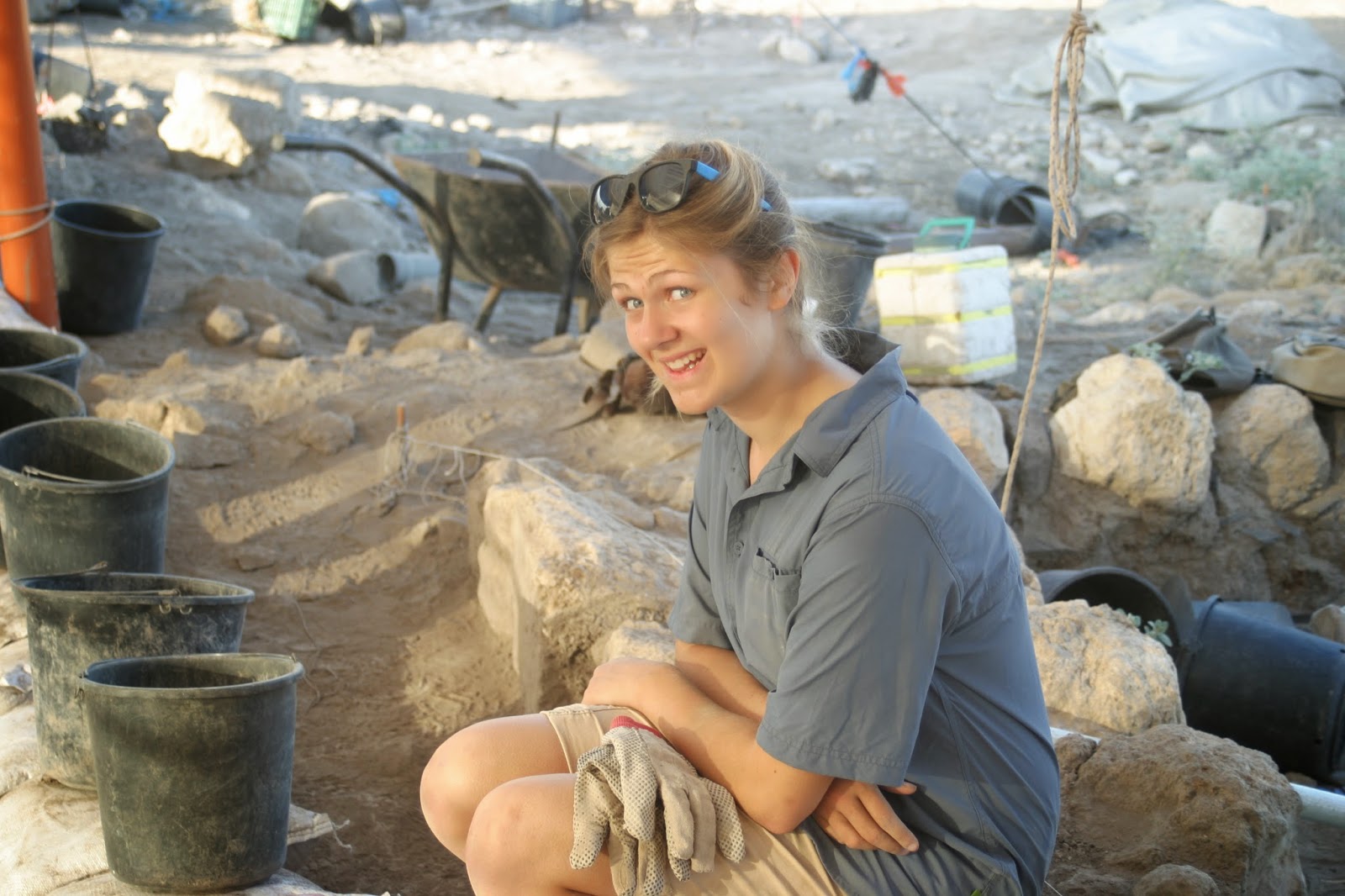 
After a few hours of napping and lunch, however, she felt better, so we drove down to the sea of Galilee to visit some sites and do a few promotional videos for The Miracles of Jesus, which will be released in August.

The first site we visited, was Capernaum, which we have visited several times before but always enjoy seeing. 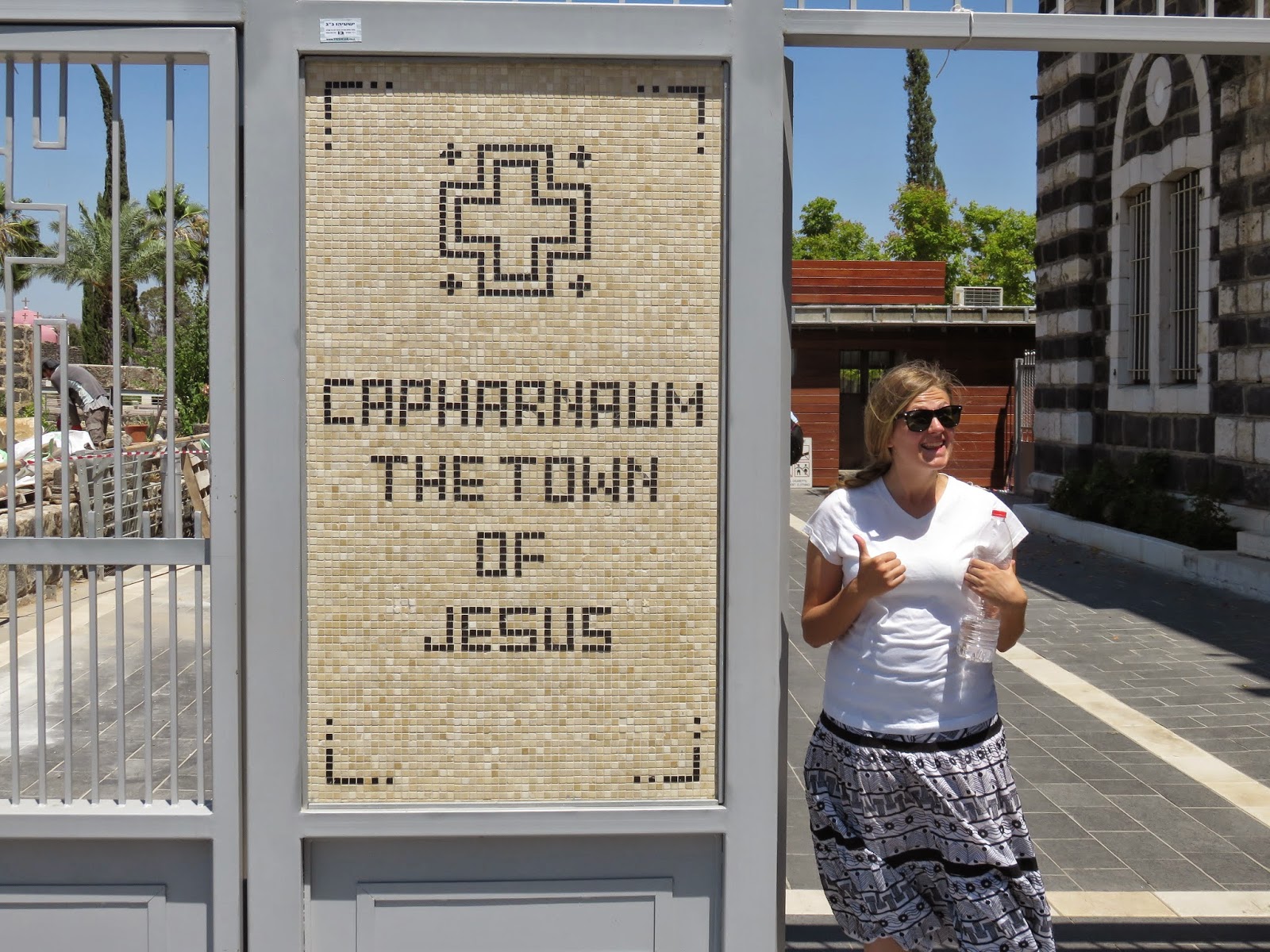 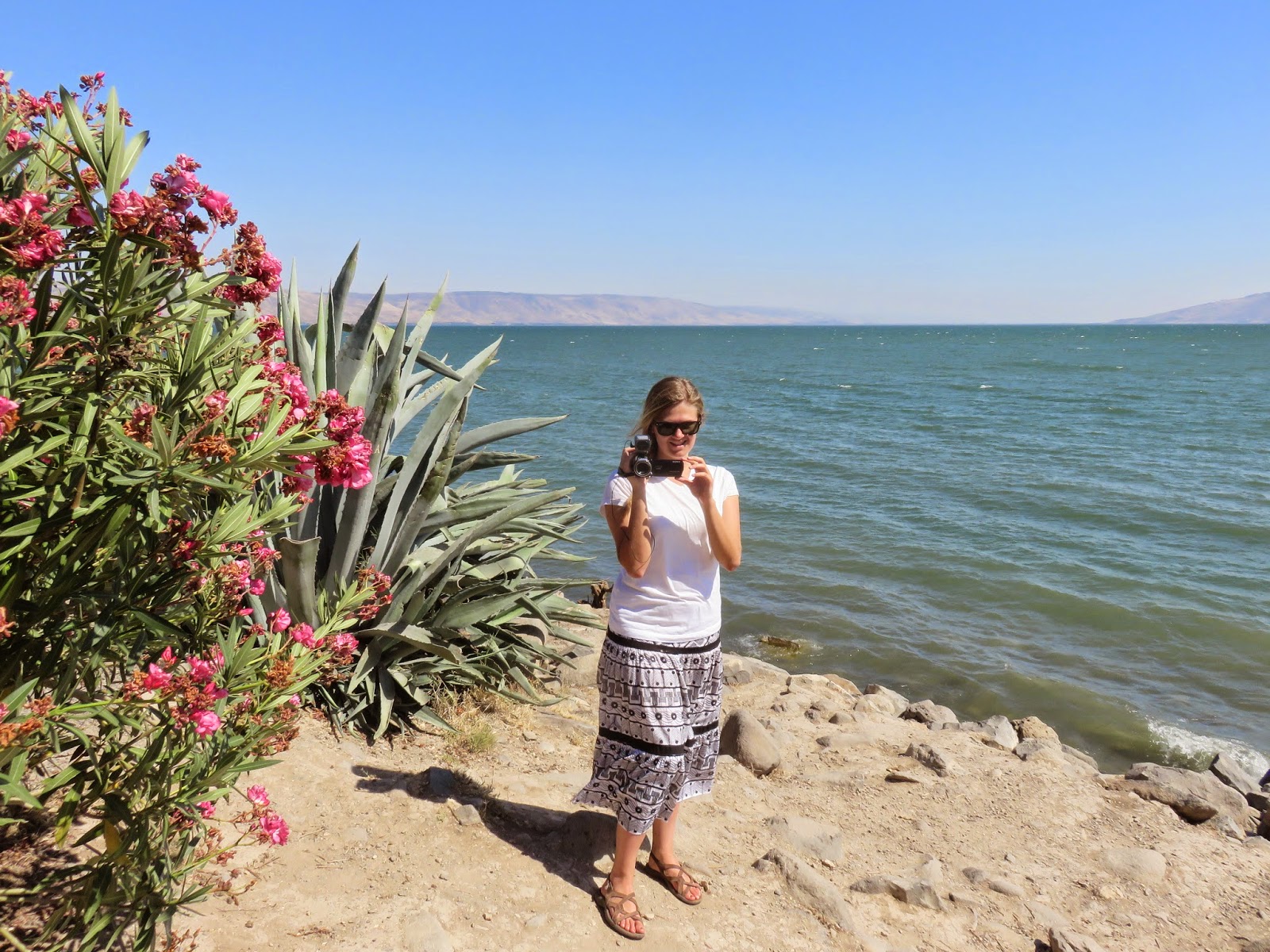 We then went to "Orthodox Capernaum," the part of the ancient site controlled by the Greek Orthodox Church, unlike the main site, which is operated by the Catholic Franciscans.  The archaeological remains there are not readily available, but there is a beautiful church to the Seven Apostles (the 7 disciples of John 21?) that has many lovely frescoes, several of them revolving around miracles and events from Jesus' Galilean ministry. 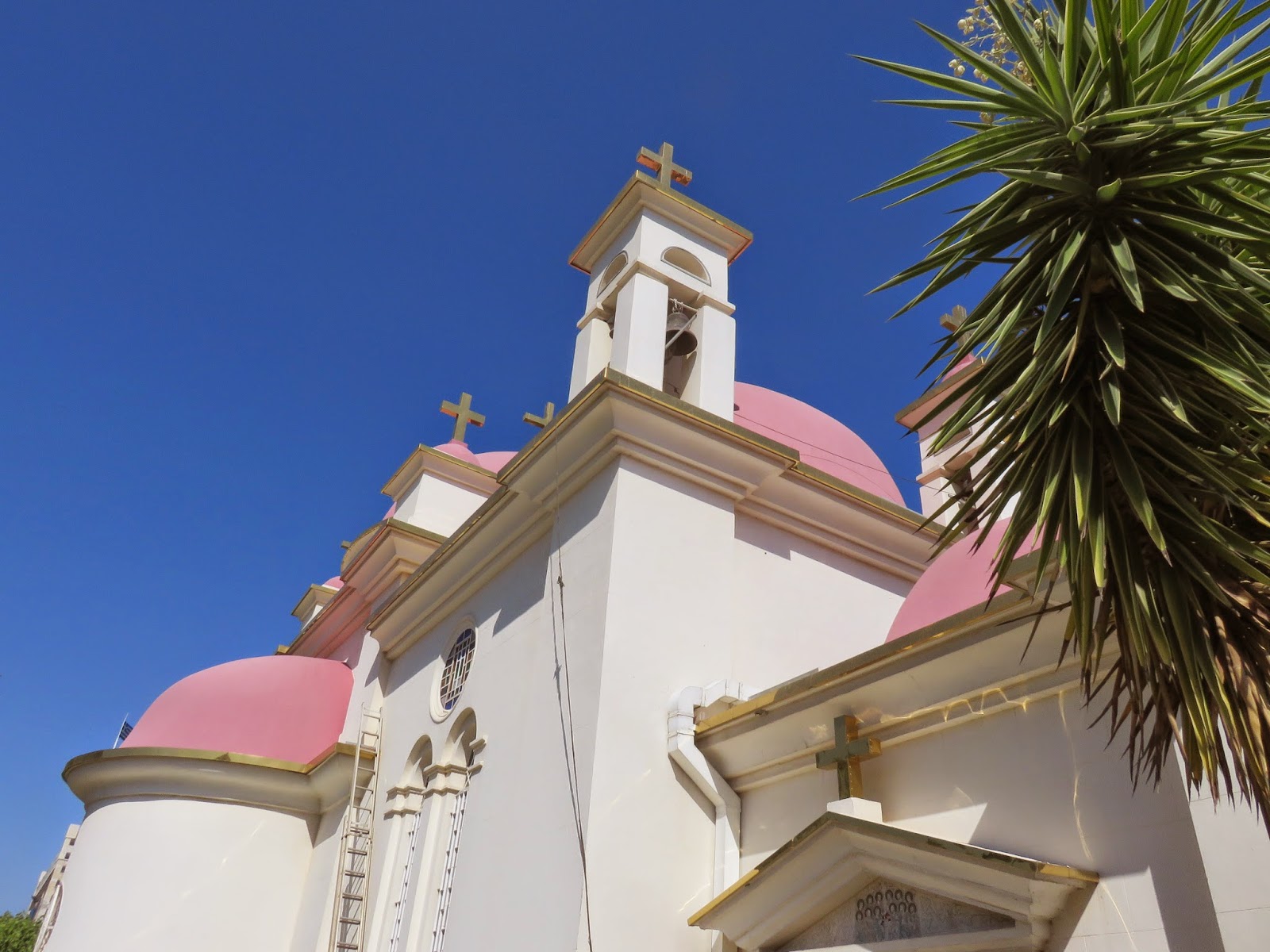 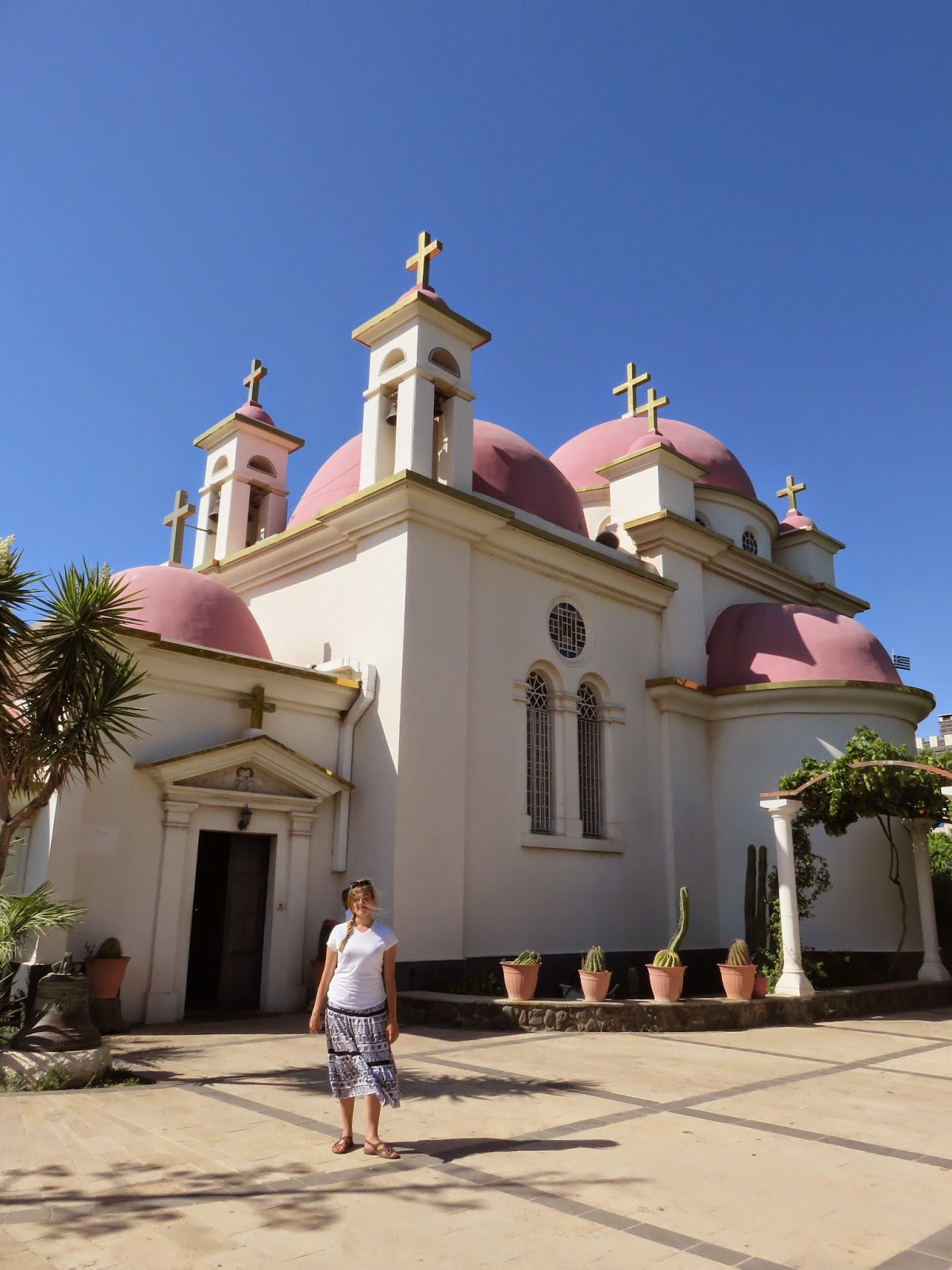 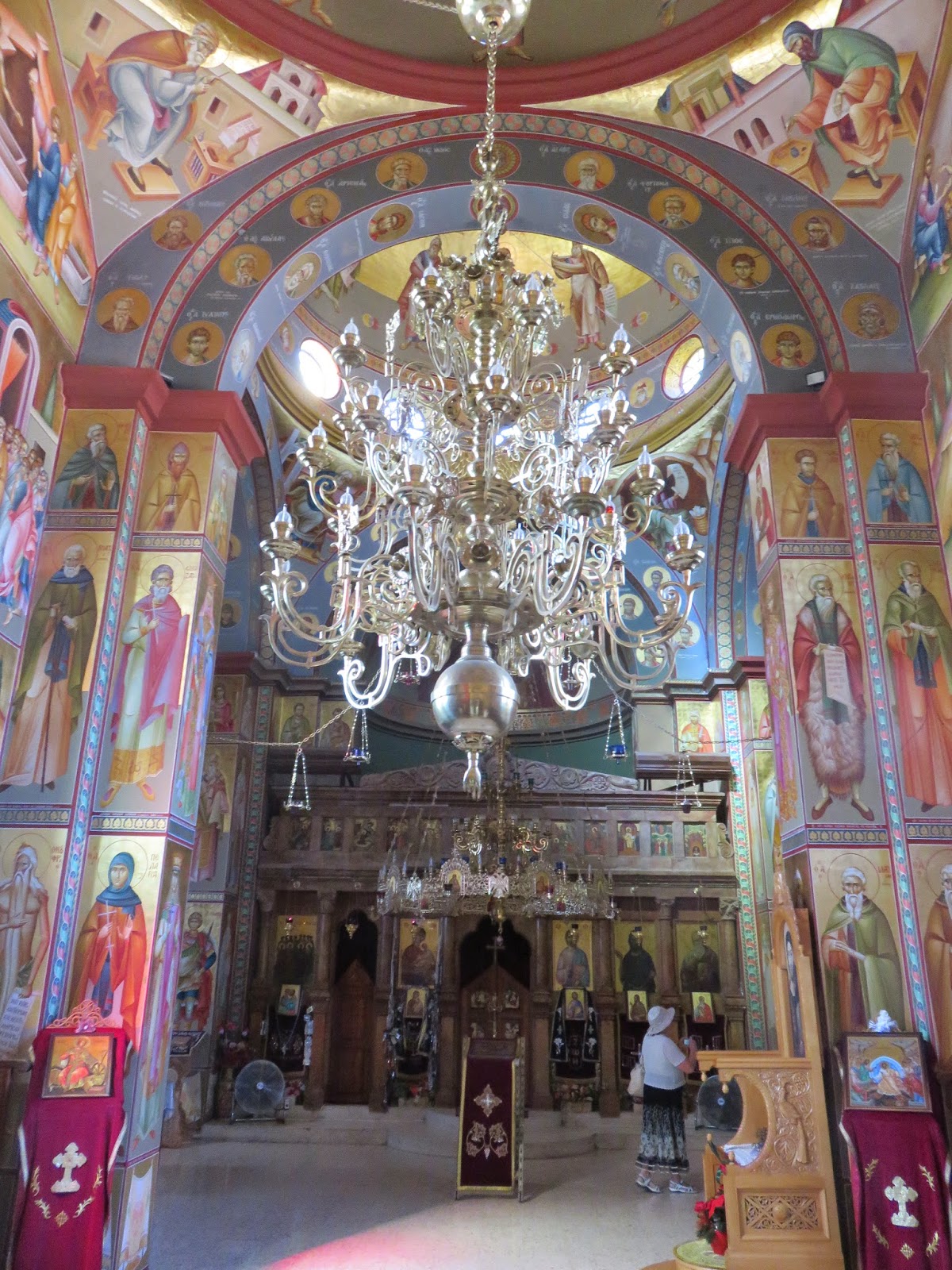 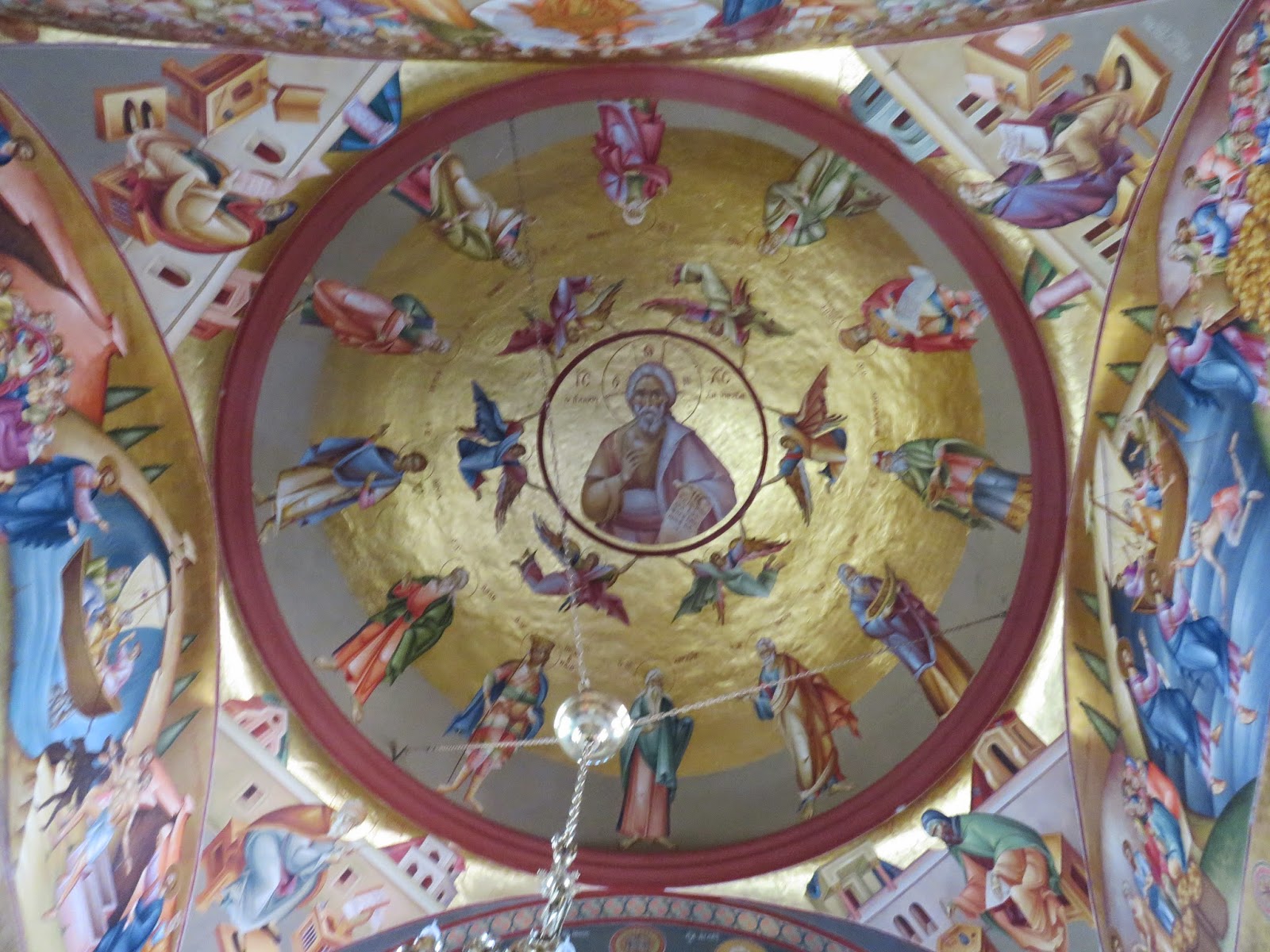 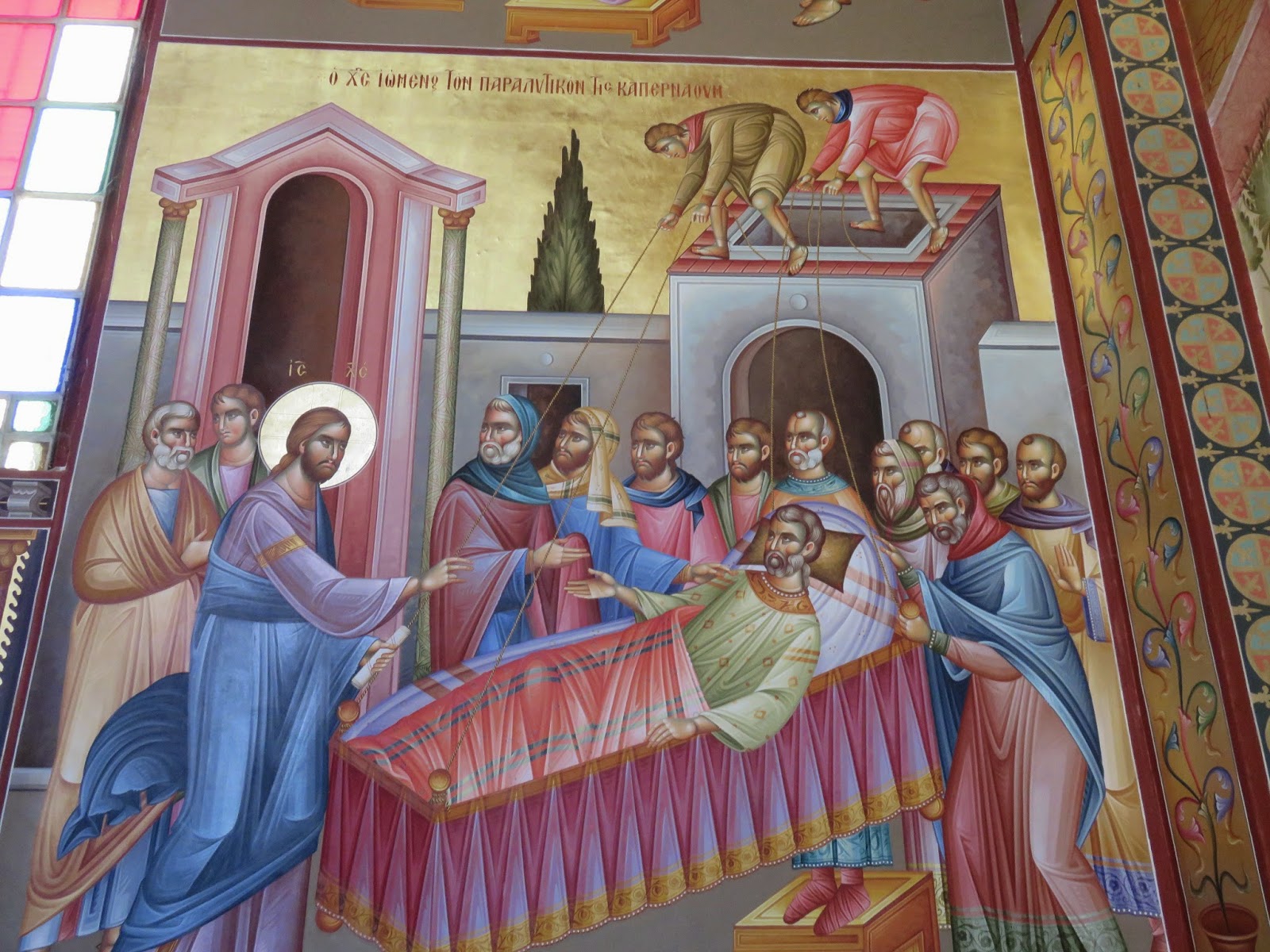 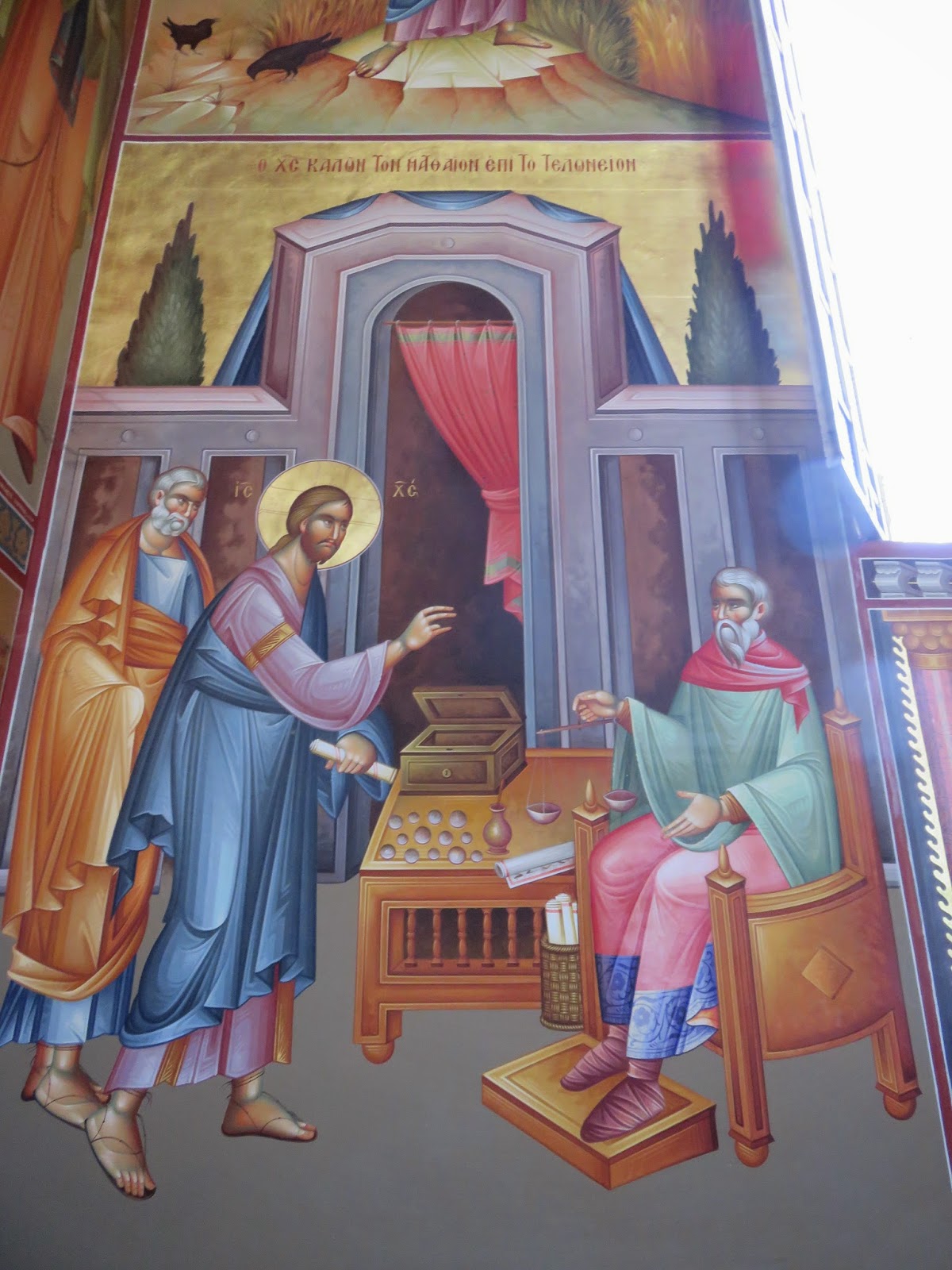 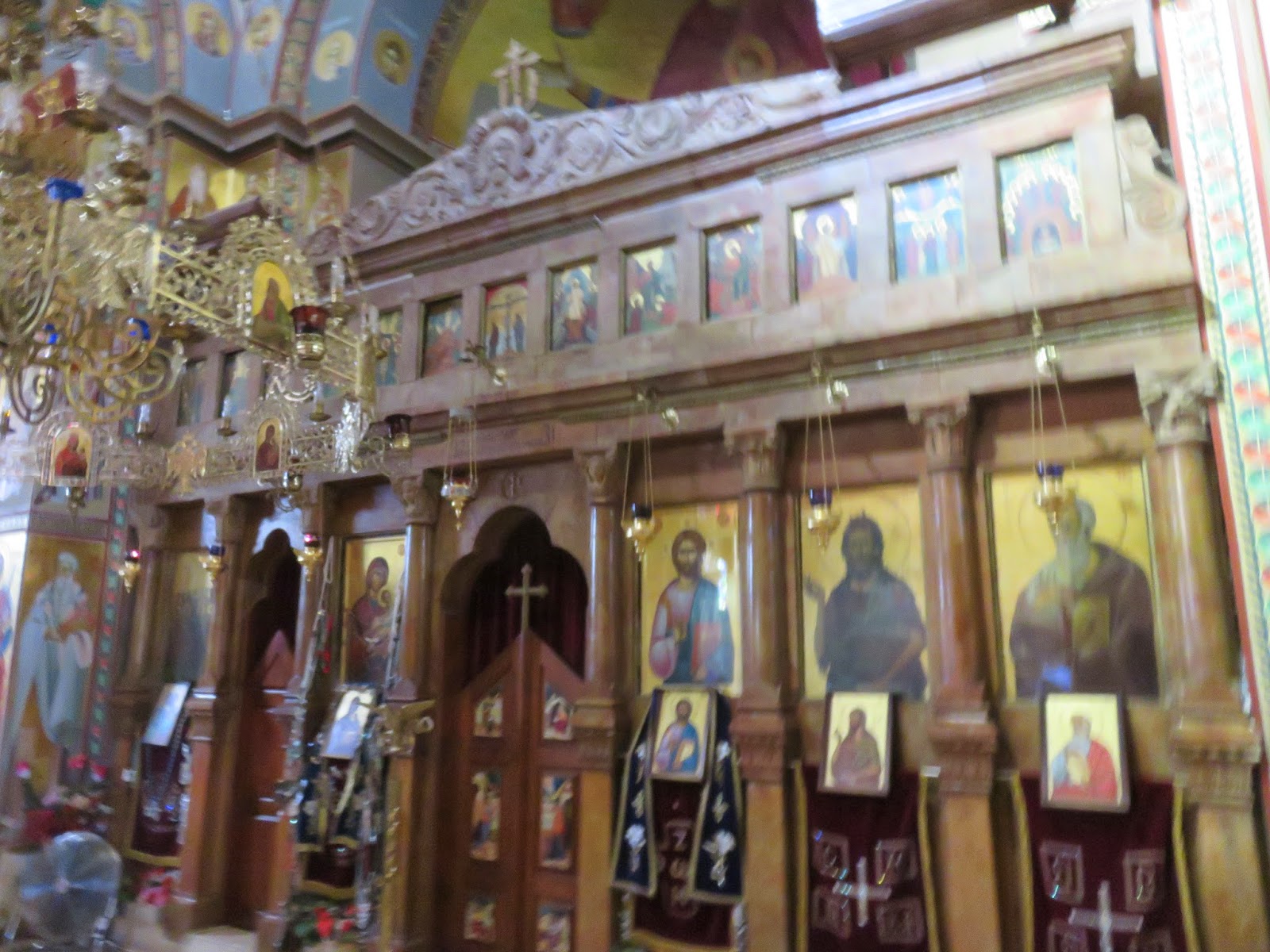 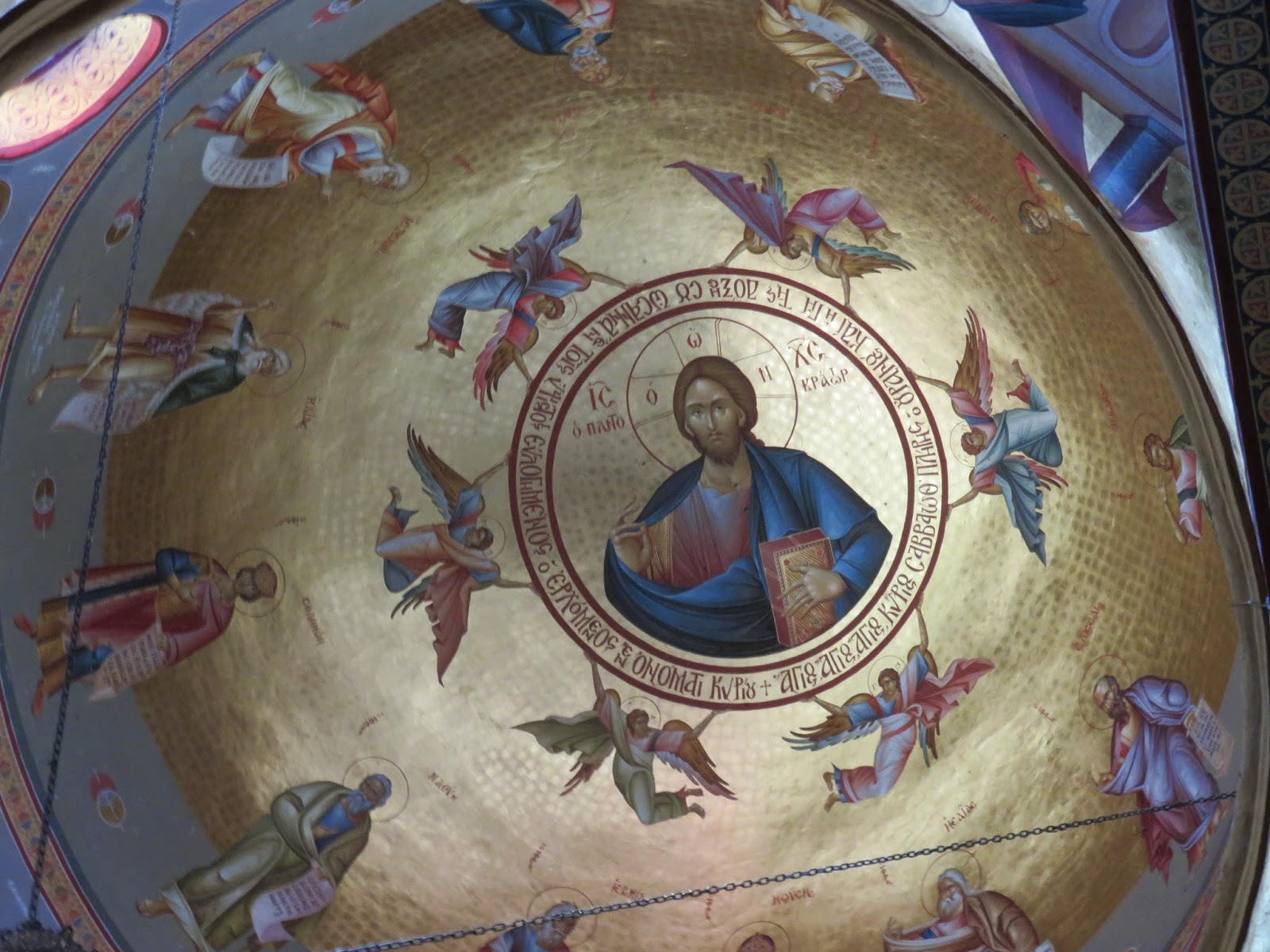 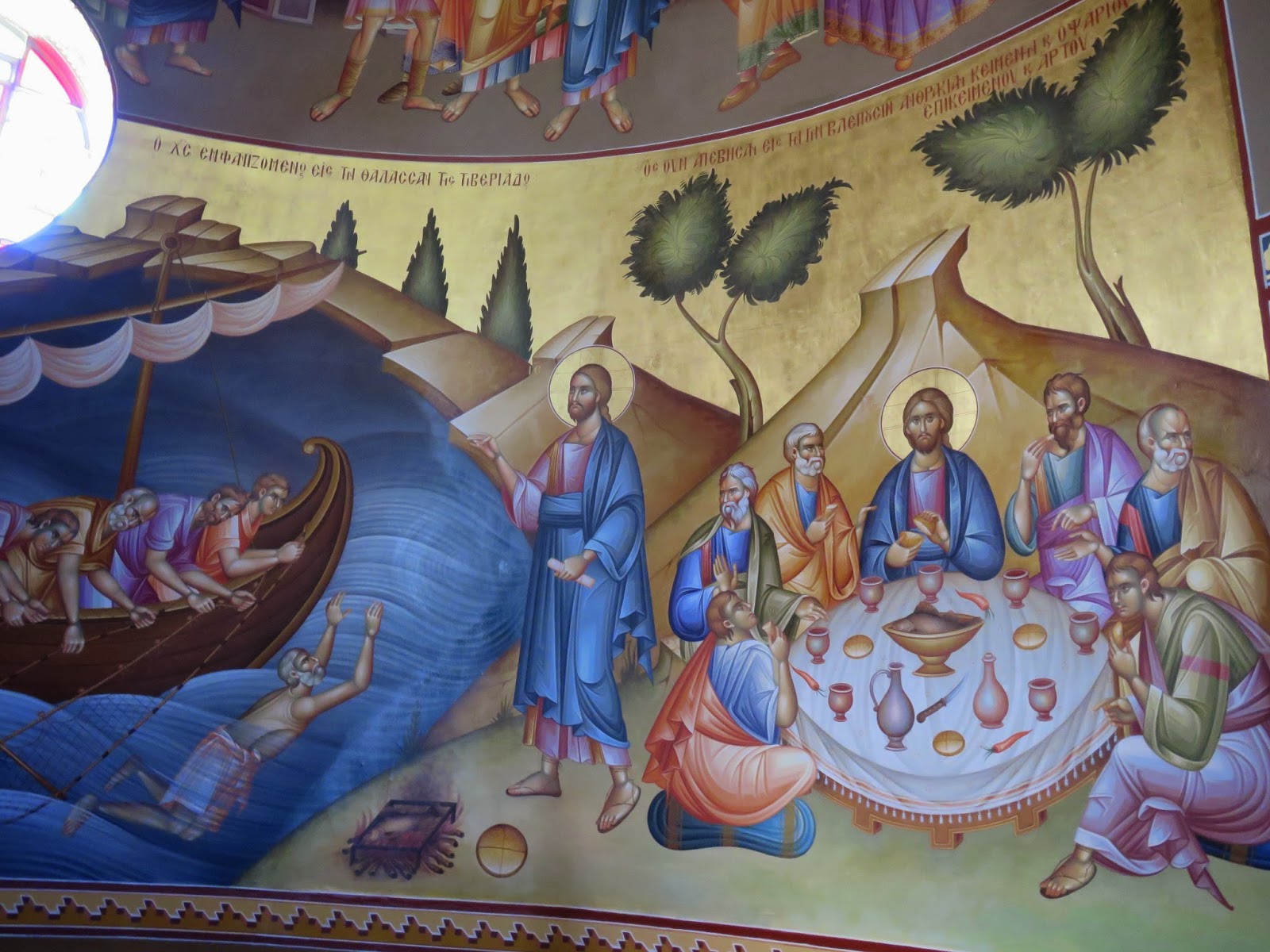 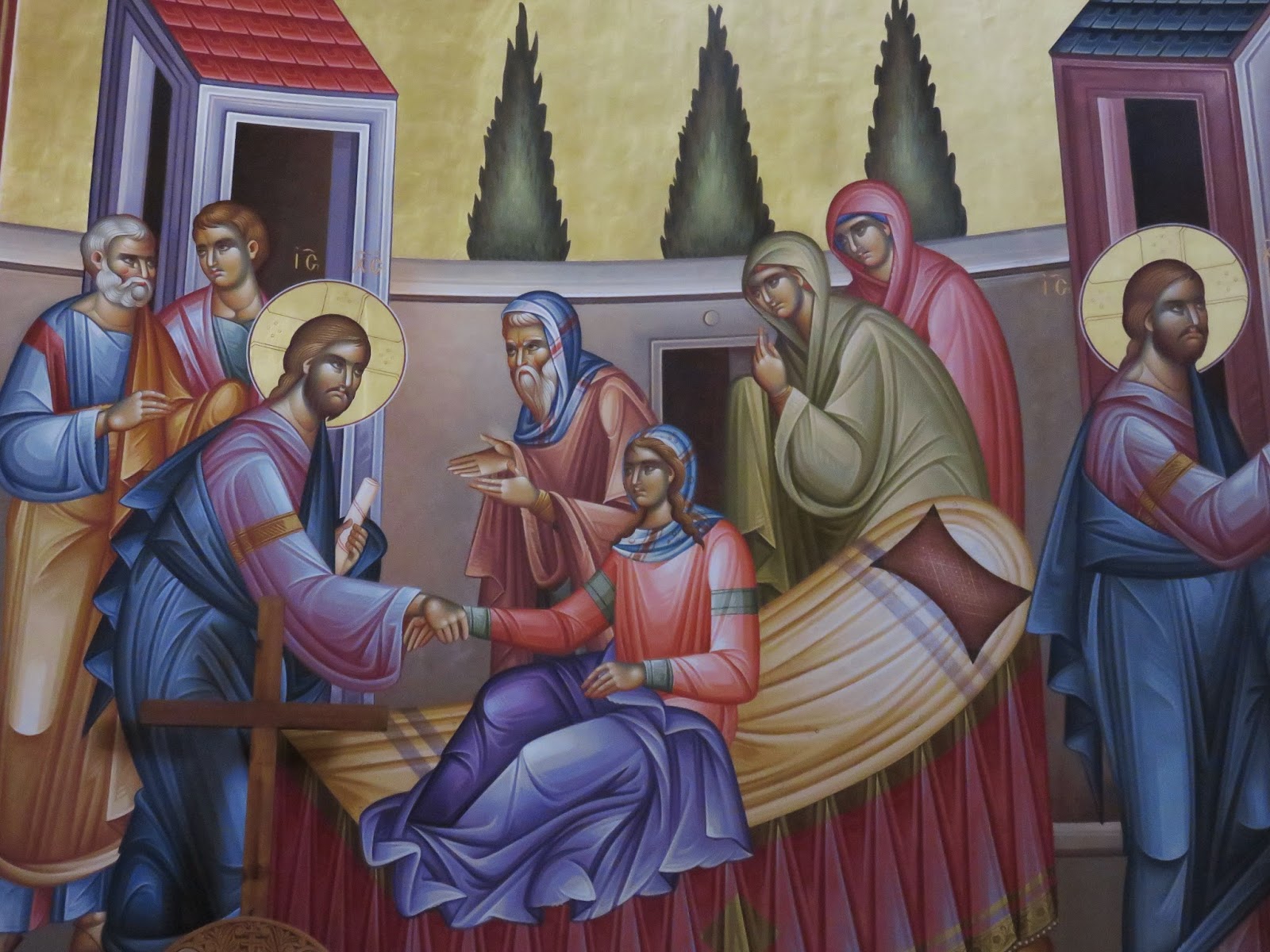 We then went to Bethsaida, where we met the Huqoq team, which was being given a private tour by Rami Arav, the director of the site.  Most of what he was showing them was the early, iron age material, so Rachel and I broke off on our own so that we could do some video filming for my book and see what may have been the location of New Testament Bethsaida (there is an ongoing debate about whether this archaeological site is home of Peter, Andrew, and Philip or whether there was a smaller Jewish fishing village closer to the shore, though the shoreline has changed over the centuries, so this is all complicated). 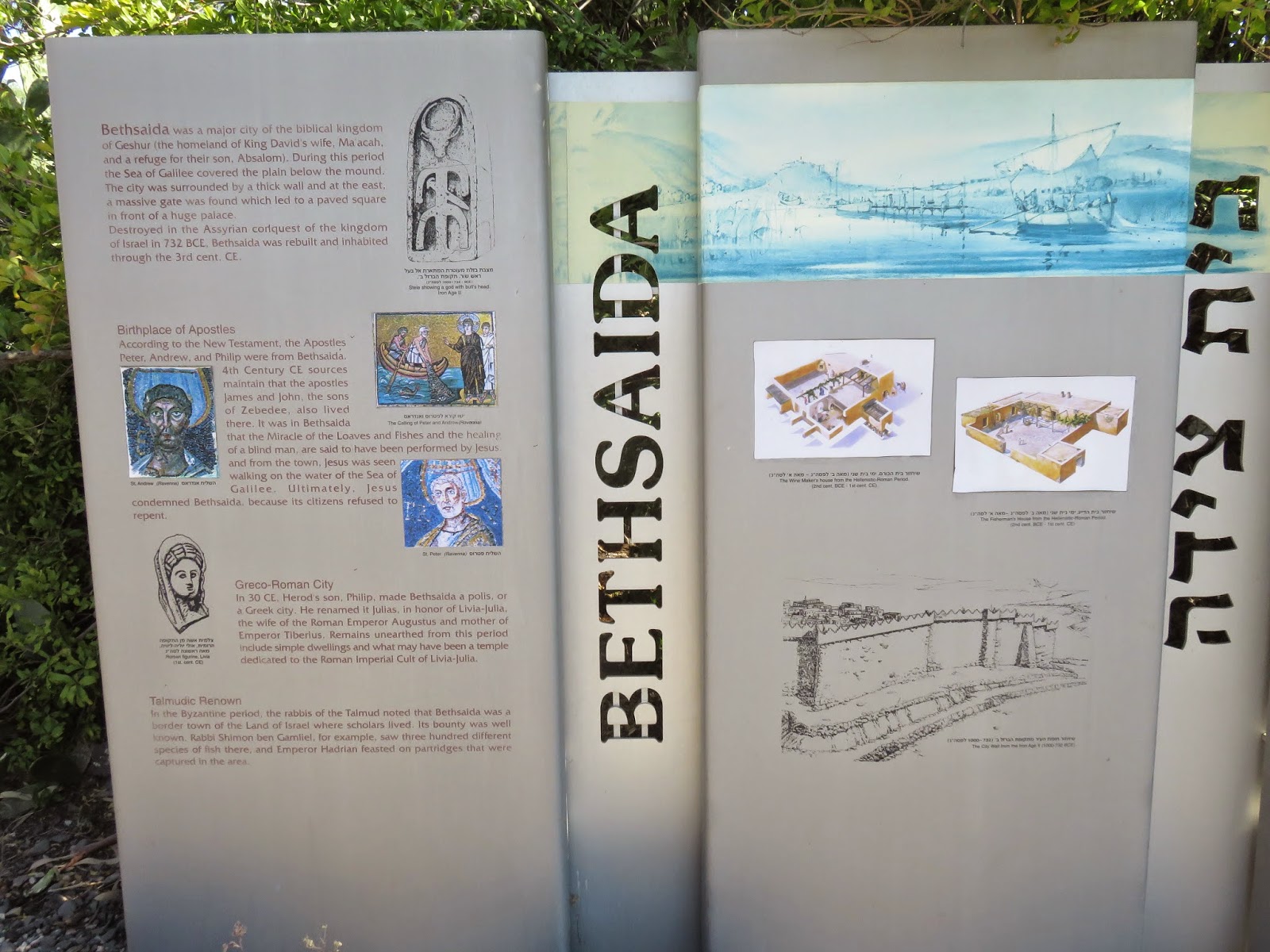 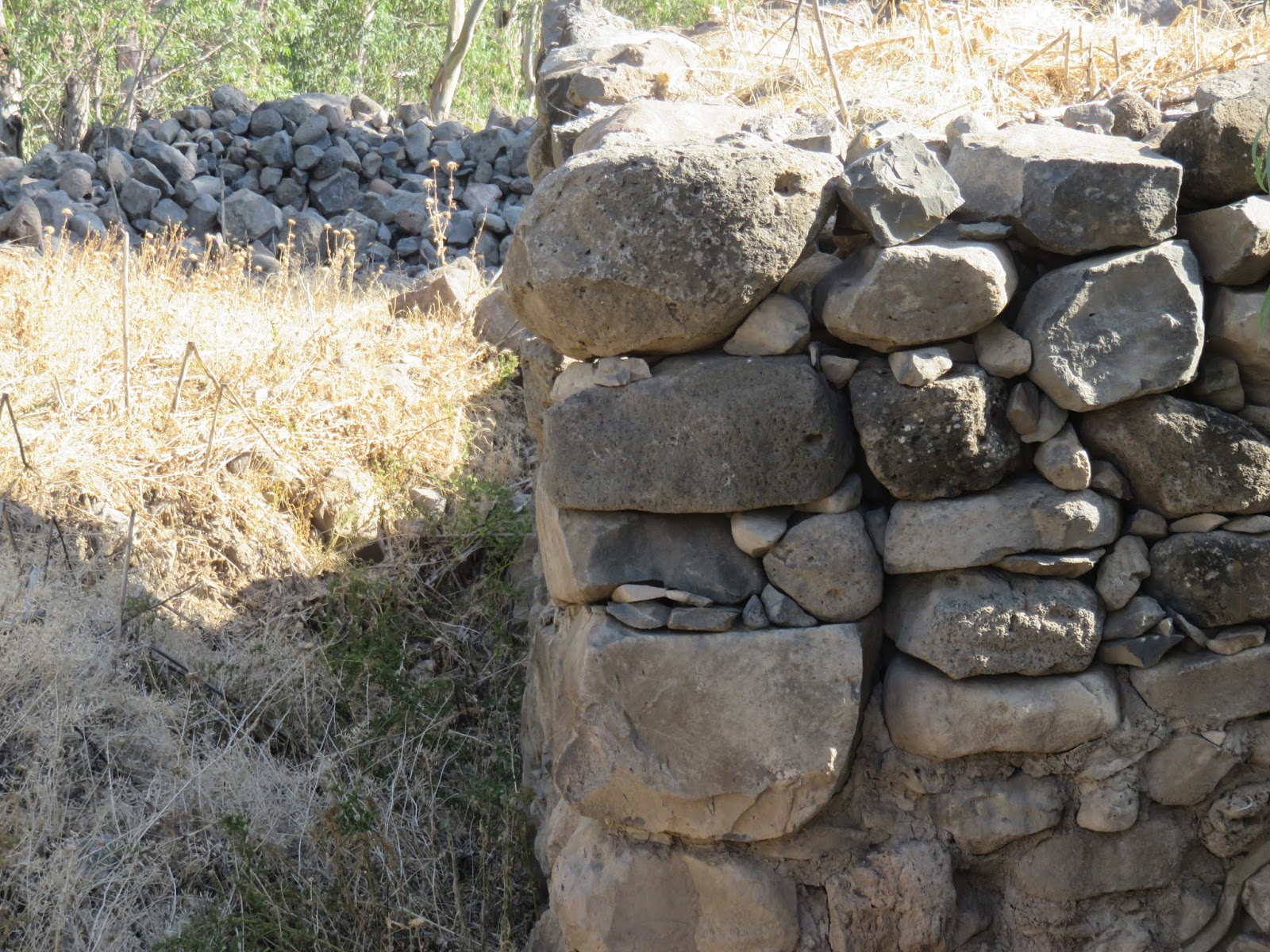 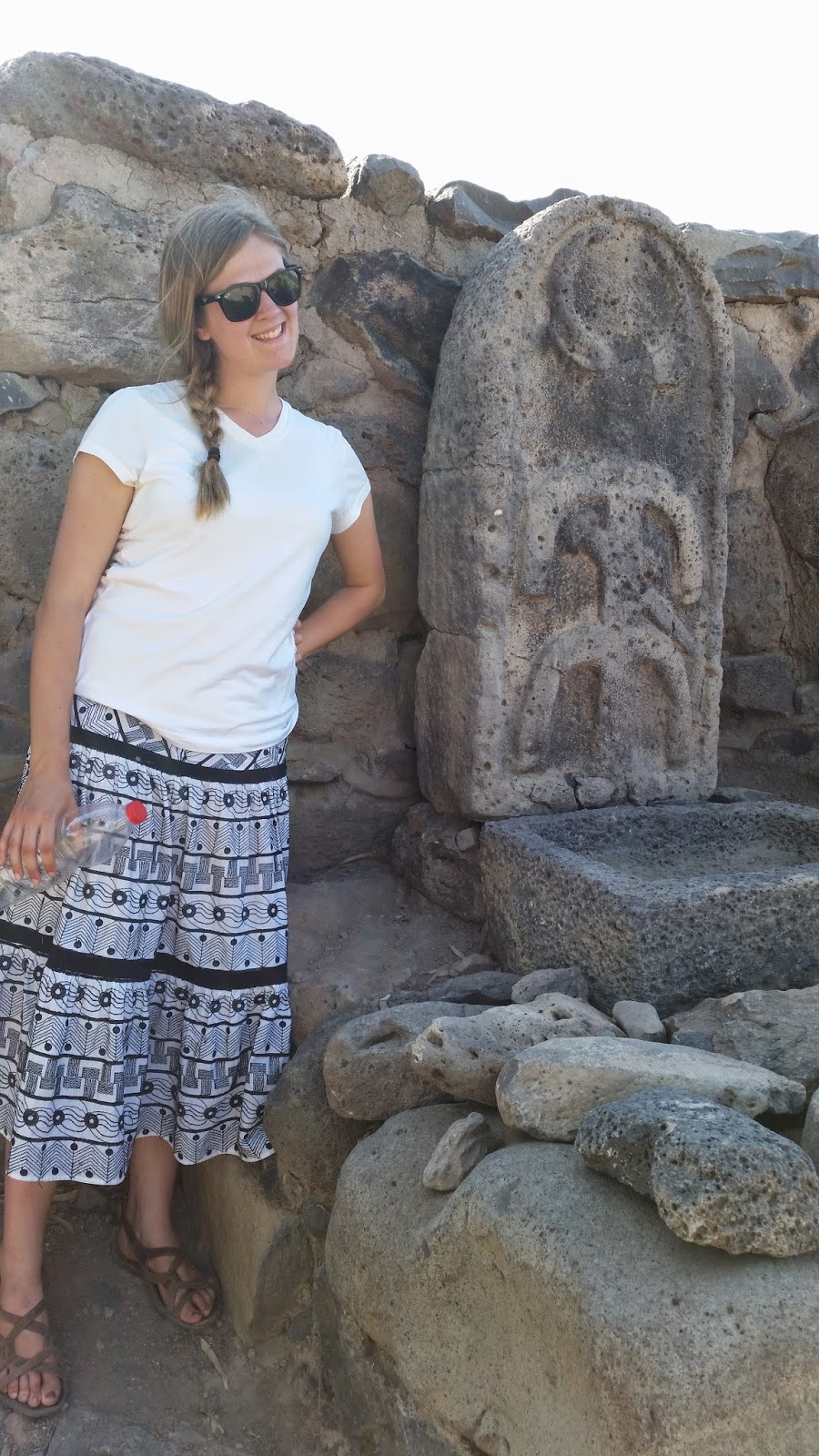 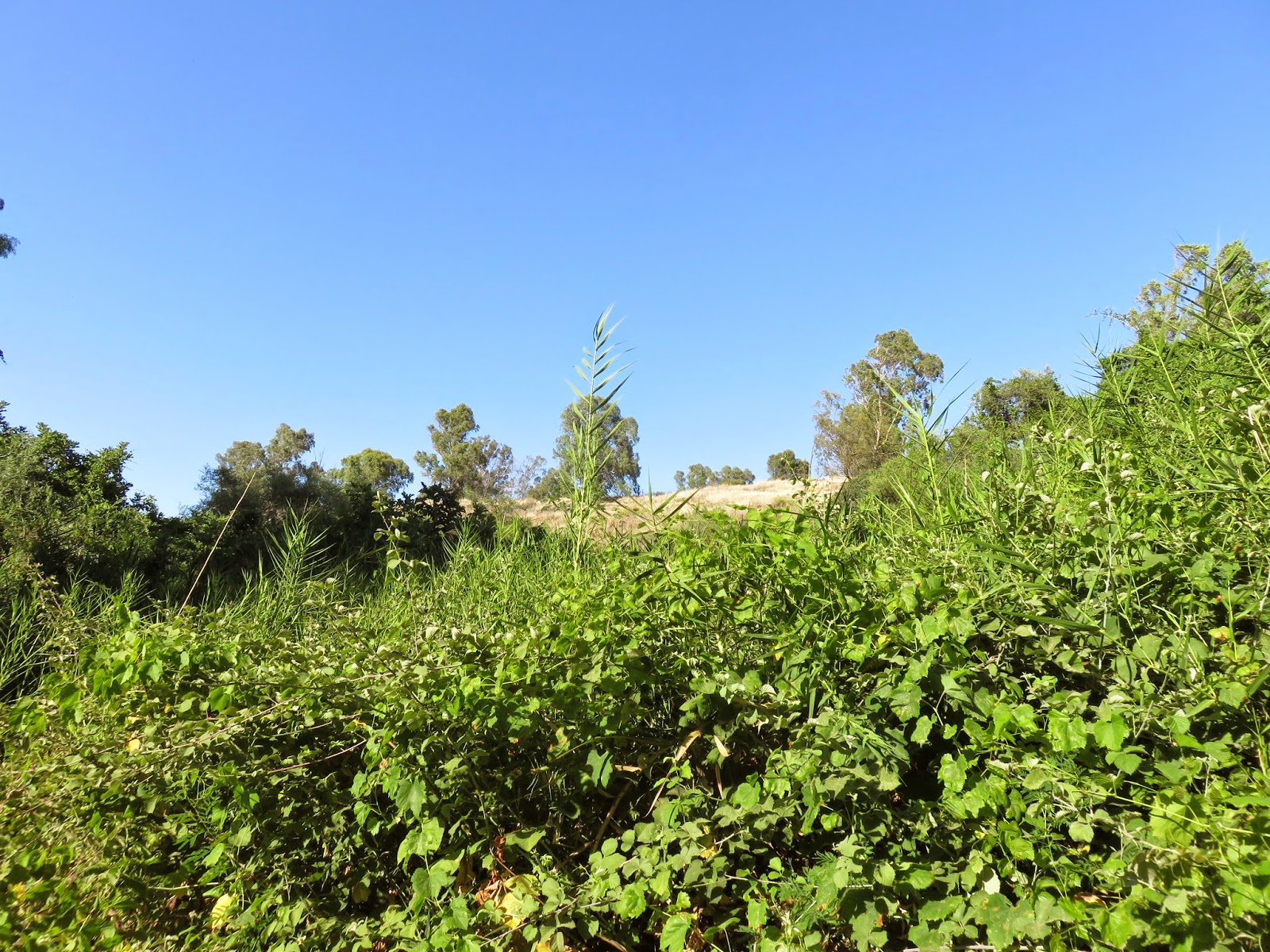 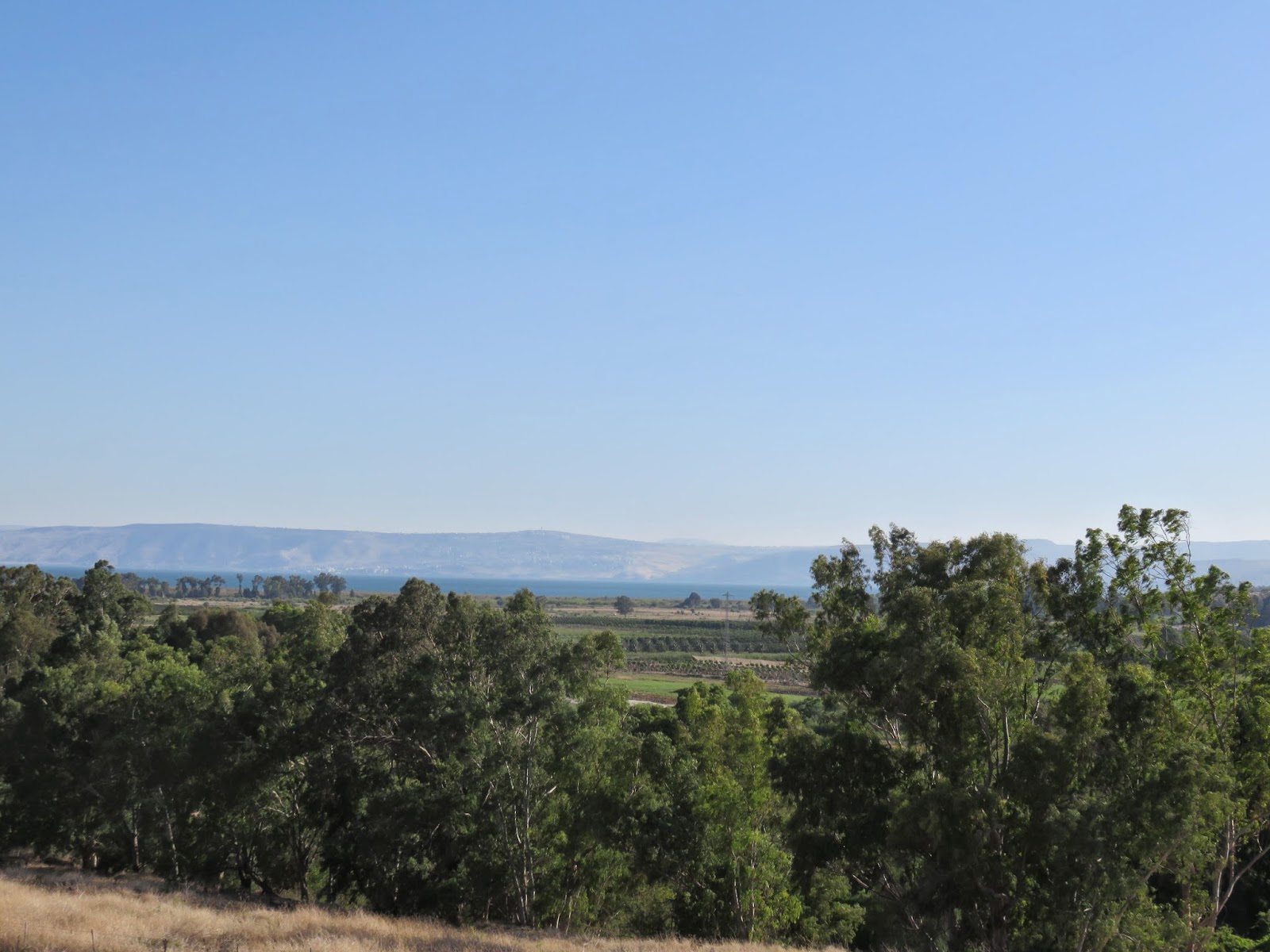