Today was our first big bus day of the Turkey Tour.  We left Istanbul early, right at 7:00, and were on the road for almost 4 hours with only one rest stop.  As we approached Gelibolu, where we were going to have lunch, the spotty rain that we had been having all day turned into a torrential downpour. We were afraid that all of our site visits today were going to be rained out.

But by the time we had finished eating at a seaside restaurant, the rain had stopped, and by the time we got to first site, ANZAC Cove on the western side of the Gallipoli penninsula, the sky had completely cleared!

This was the first time that we have brought students to ANZAC Cove.  In the past, we have been so rushed on this day of the tour that we worried about even being able to get to our main site of the day, Troy.  But between leaving earlier and having longer, summer hours, we were able to work in this additional visit. 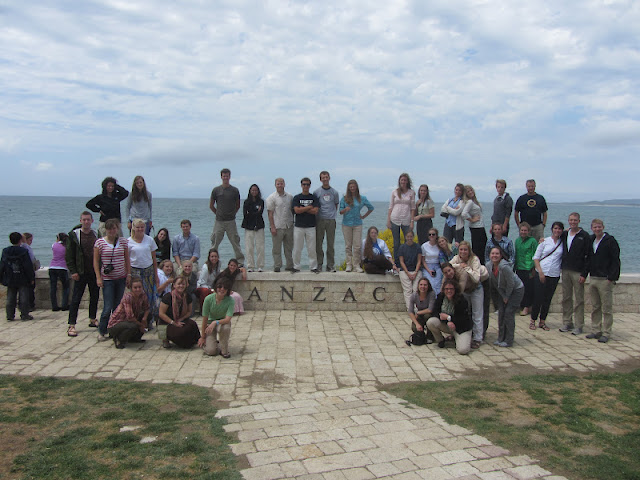 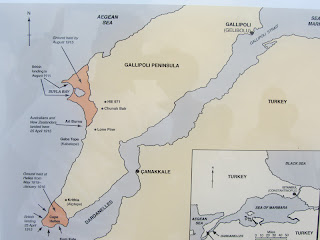 Named for the Australian and New Zealand Army Corps, ANZAC Cove was where some 17,000 Dominion forces landed on April 25, 1915 as part of a British WWI action trying to knock the Ottoman Empire out of the war.  The troops were here in terrible conditions for 8 months under Turkish fire from the ridges above until the British finally withdrew them.  Three nations were born in the Battle of Gallipoli: the Turks, who were soon to overthrow the Ottoman sultans and form the Turkish Republic, and the Australians and New Zealanders, who came to see themselves as distinct nationalities about this time. 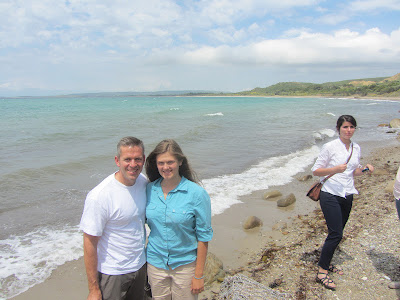 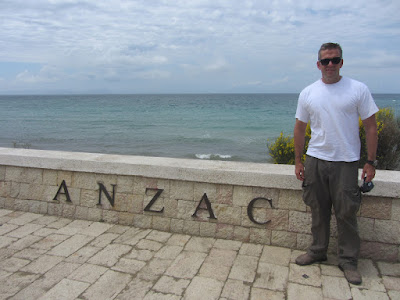 We then took a ferry across the strait known anciently as the Hellespont.  Embarking from Eceabat, we crossed the Dardanelles to Canakkale.  We were then in Asia! 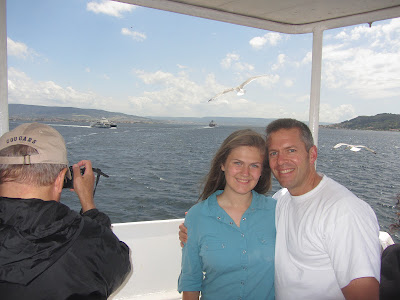 See last semester's post about Troy for the background of this important site and some more pictures.  Here are just a few from our experience today  There may be some video later. 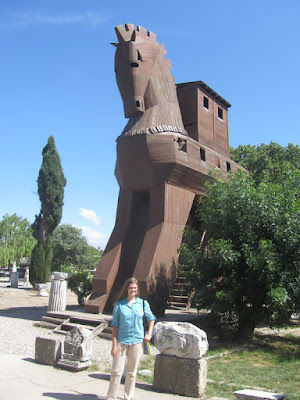 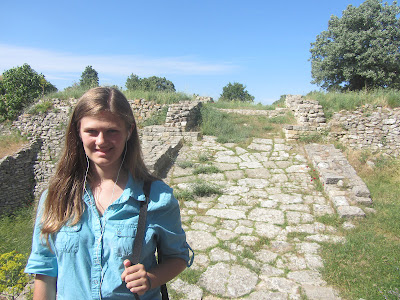 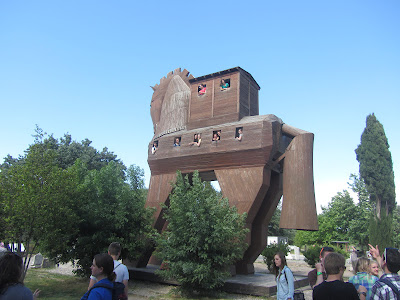 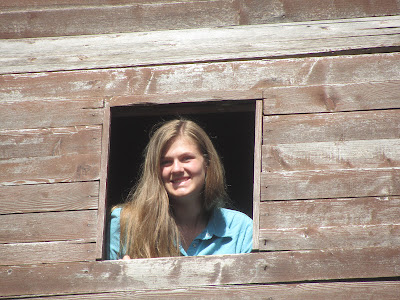 Tonight we are staying at the Ida Kale Resort Hotel.  Named after Mount Ida, from which Zeus watched the events of the Trojan War unfold, our hotel is on a beach of the Aegean at the mouth of the Dardanelles.  It has a great breach, but the water was cold . . . and there were too many jellyfish in it anyway. 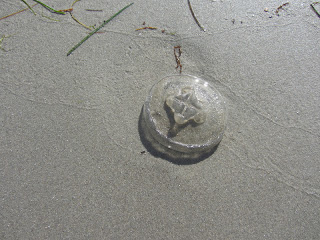