Tombs of the Maccabees

There is always something new to see in the Holy Land.  Because we have been to standard fare of Old and New Testament sites multiple times (now going on the third time for each with students and then add a couple of more visits for many of them with visiting family and friends), some weeks we are using are faculty field trip prep time to go to new sites. 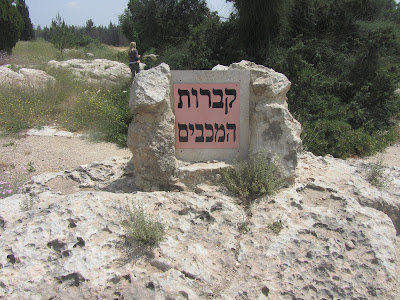 Today, for instance, we went to Modi`in, halfway between Jerusalem and Tel Aviv near the Ayalon Valley.  This was the home of the famous Hasmonean Family and Dynasty, best known for Judas Maccabeus and his revolt against the Seleucid Greeks who were dominating Israel at the time.

Josephus and apocryphal sources tell us that a great funerary monument could be seen from Jaffa on the coast but does not give a clear idea of what the tombs of the family in, around, or under this monument looked like. No remains of that massive that conical or pyramidal-shaped monument have been found, but not far from the modern Israeli town of Modi`in some interesting early graves have been found, which, rightly or wrongly, are now called the Tombs of the Maccabees. 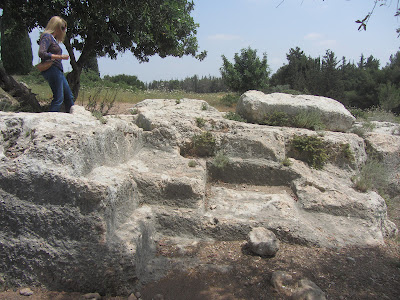 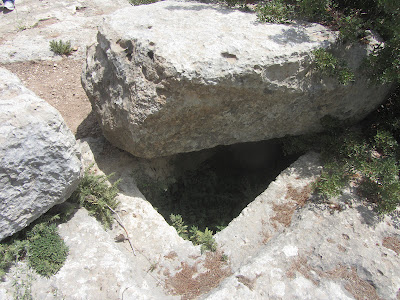 Carved from solid rock, these cyst graves were covered on top by massive stone lids, quite different than the later first century tombs (like the one presumed to be used by Jesus) that were entered from the side and had rolling stones that sealed them.  Whether these were the actual tombs of the Hasmoneans or not, they were clearly aristocratic burials because they would have been very expensive to carve and fit out. 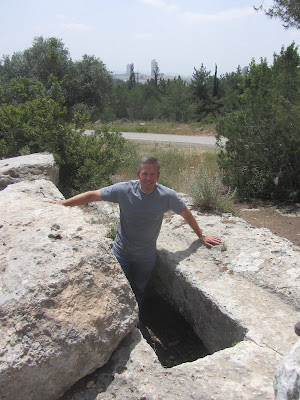 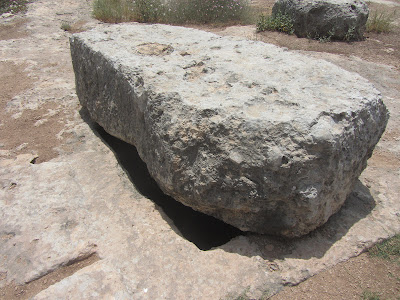 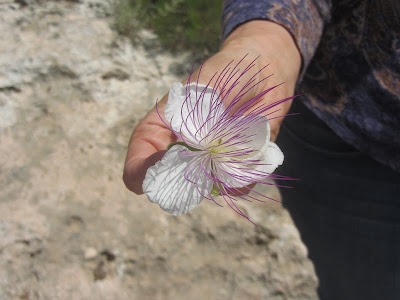 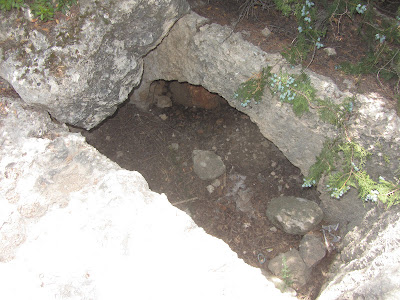 Some distance from this collection of tombs is an Ottoman-era tomb that was believed to have been built over the original site of the grave of Matityahu (Mattathias), a priest from Modi`in who initiated the Maccabean Revolt when we slew a Seleucid official and a collaborating local Jew who was participating in Greek sacrifice and idol worship.  Palestinian Arabs and later occupying Mamluks and Ottomans were known for taking earlier Jewish holy sites and making Muslim shrines out of them, and "local Arabs referred to the site as Hirbat el Yehud or by other names indicating a Jewish connection." 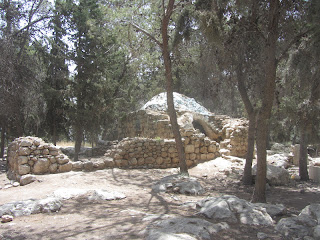 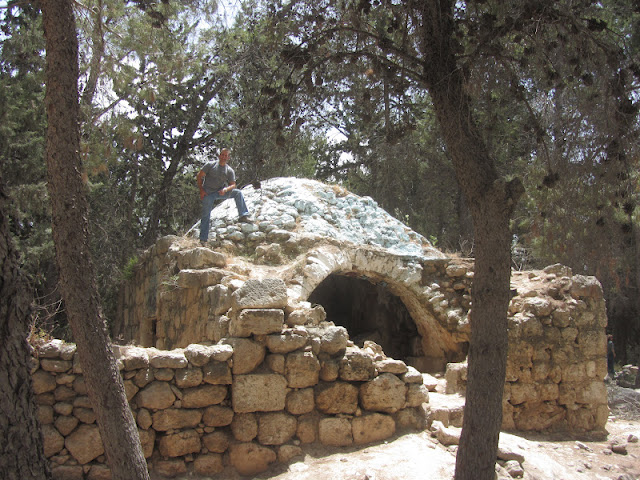 In the modern Israeli period, this medieval tomb has had its dome painted blue, as is a common practice at important Jewish tombs, such as those in Safed (Sfat), and we found a modern cenotaph, inscription, prayer books, and other religious paraphernalia inside. 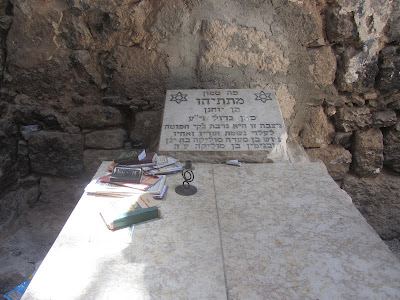 I think that these will be neat pictures to use when I teach ClCv 363 (Judaism and Early Christianity in the Classical Near East) next winter semester, because we do a big section on the Hasmoneans.

After this we went to Canada Park, formerly Latrun, where I took my family back in October (see the blog post "You say Emmaus, I say Latrun").  We were then going to see the remains of a Byzantine and Crusader church commemorating Emmaus as well as a modern Trappist monastery and winery, but we had forgotten that these are all closed during the lunch hour.  Another time, I suppose . . . but I am suddenly realizing that with only a little over two months to go, time is running out!
Posted by Eric D. Huntsman at 11:35 AM