This and That on a Thursday in Jerusalem

I did not quite know what to call this blog post, because we did a number of different things this last Thursday.  These included a visit to a neighborhood mosque, having dinner in the Armenian Quarter with friends visiting from Provo, viewing the Herodian Family Tomb, and taking a stroll through glitzy areas of West Jerusalem 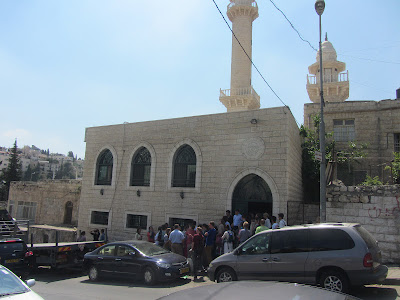 Our students go to a lot of historic churches, synagogue, and mosques, but this week Kent arranged for our students to visit an average, working mosque in the nearby neighborhood of Wadi al-Joz.  This was the Abdin Mosque, and though it is not large, it gave our students a better idea of how Islam is lived by average Muslims. A regular attendee there gave us a lecture and answered questions. 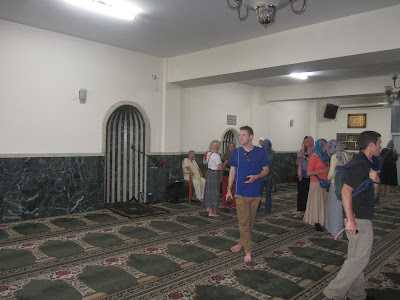 Elaine and I then went down to the Old City, where we met our friends Craig and Andrea Merrill, who were just finishing a tour to the Holy Land.  We had a luscious meal and a good visit in one of my favorite restaurants in the Old City, the Armenian Tavern. 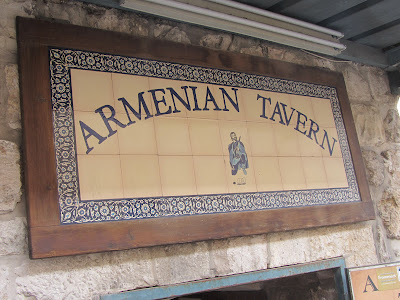 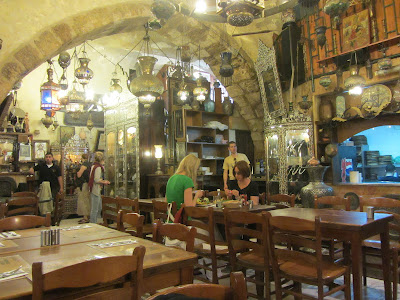 When we finished eating, Craig and Andrea had a little over an hour before they needed to get back to their hotel to start getting ready to leave.  So we walked out through the Jaffa Gate so that we could walk through the areas of West Jerusalem closest to the Old City.

First on my list of things to show things to show them was the Herodian Family Tomb.  While Herod himself was buried at the Herodion outside of Bethlehem, it is believed that members of his family (some of his wives and several of his children) were buried here in sight of his grand Jerusalem Palace, which was along the western wall of New Testament Jerusalem.  What I like about this tomb is that it dates securely dated to the first century A.D. and is a good example of what an aristocratic tomb like Joseph of Arimathea's would have looked like . . . in other words, it gives us an idea of what Christ's tomb would have been, complete with rolling stone intact. 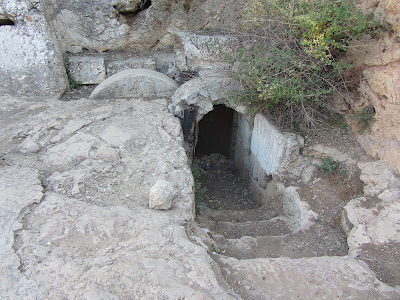 We then walked over to King David Street, where we walked by the magnificent King David Hotel and the YMCA, after which we strolled through the modern, ritzy Mamilla Shopping Area. 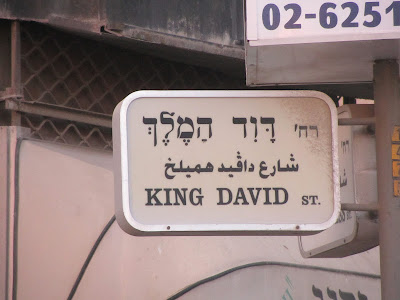 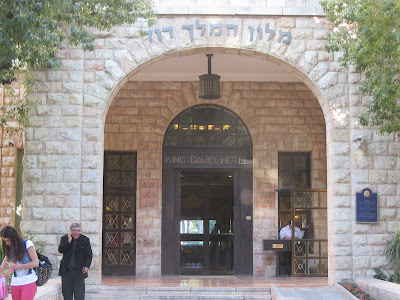 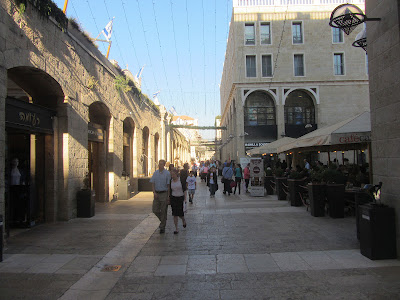