Turkey Day 2: A Day in Istanbul 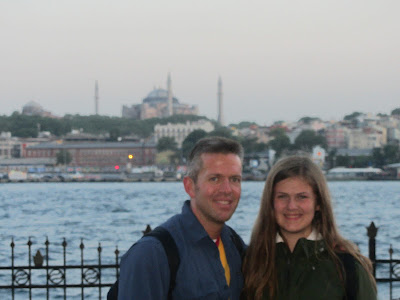 Our first full day in Turkey is always spent in Istanbul, seeing some of the famous sites other than Hagia Sophia, which is closed on Mondays. The background to most of the sites we visited today can be seen on the fall Turkey Page and the winter blog post. I also have a few video clips, but I will need to upload them later when I have better internet.

While some of the sites pictured here will thus be familiar from our earlier visits, we did a few things differently.  The first difference was that rather than visit the Sultanahmet Cami (the so-called Blue Mosque), we began our day by visiting the Süleymaniye Mosque, which we have not taken students to before. It is actually the second-largest mosque in Istanbul (the largest being the Fatih Mosque), but it is less of a tourist attraction than the Blue Mosque, which meant that it was quieter and gives a better feeling of what a Muslim house of prayer is supposed to be like.


First, here are some video clips from our arrival the previous night and then our day in Istanbul. 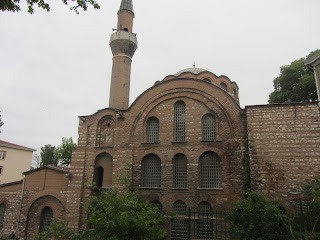 As we walked to the Süleymaniye, we passed what was clearly an old Byzantine church that had later been turned into a mosque by the Ottomans.  Our guide did not know its name, though I could place it in the late Byzantine Empire by its architectural style.  Later, a little research revealed that it was the old Theotokos Kyriotissa Church (Church of Our Lady the Mother of God), which is now known as the Kalenderhane Cami. 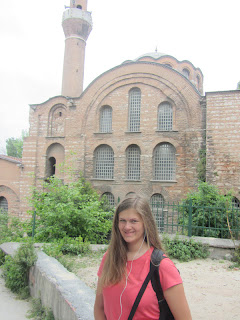 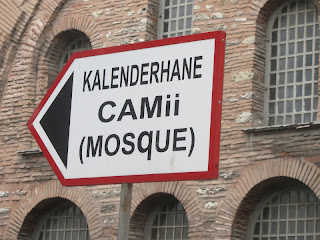 The Süleymaniye Mosque was designed and built by the great architect Sinan.  This was one of his greatest creations, and it is in many ways a smaller but lighter and more refined version of the great Orthodox Church of Hagia Sophia, which served as the model for so many Ottoman mosques. 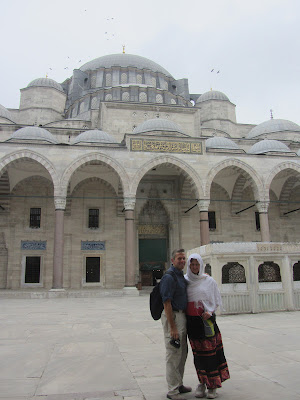 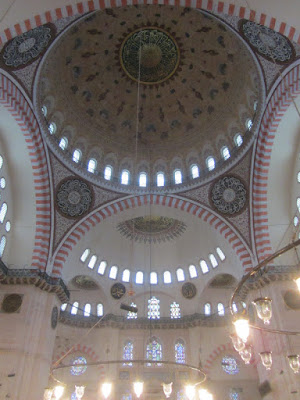 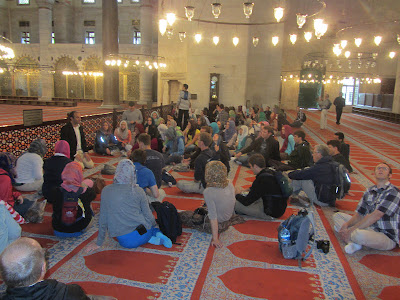 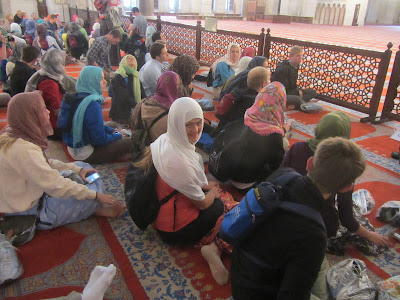 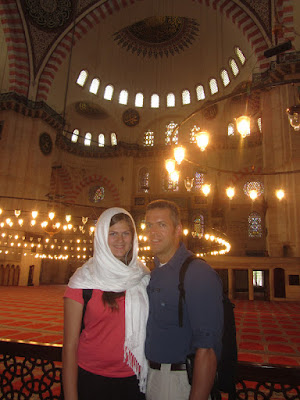 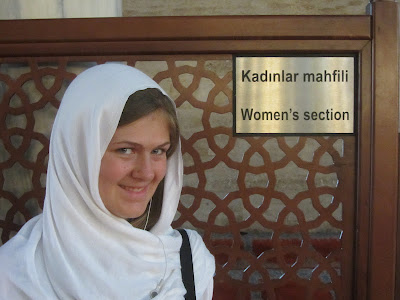 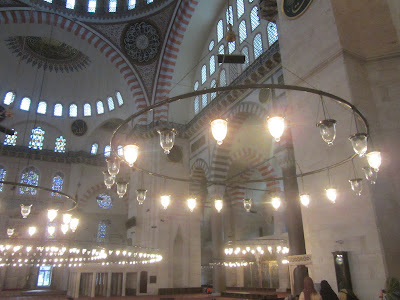 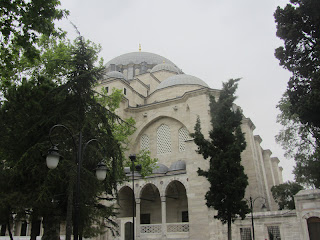 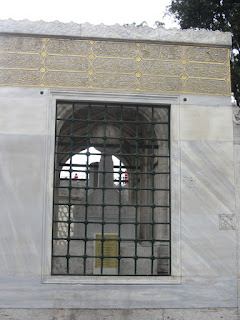 We then visited most of last semester's sites but in a slightly different order. First we went to the Grand Bazaar, giving us a bit more time than we usually do.  There Rachel and I did some shopping, which is unusual for me.  We wanted to get some "football" (soccer) jerseys and ended up getting the colors of the new national champions, the Galatasaray.  Since the winning match was just the other night, we soon saw celebrations everywhere: troops of young men ran singing and dancing through the bazaar wearing red and yellow.  Rachel said, "Let's put ours on!" and soon we were part of the party! Everywhere we went the rest of the day we got approving nods and cheers, and with what little Turkish we know, we were soon saying that Galatasaray was number 1 and the champions! 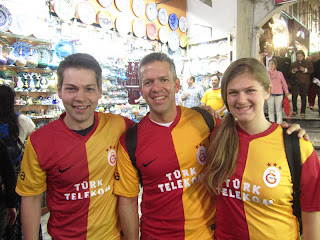 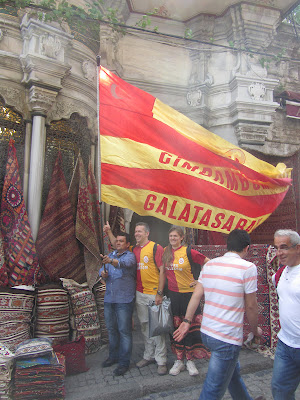 For the background on the remaining sites, see the early blog entries (the fall Turkey Page and the winter blog post). 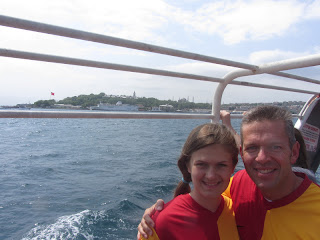 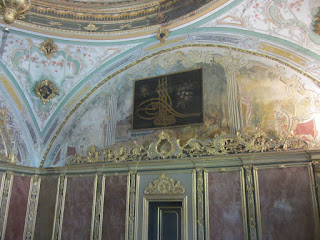 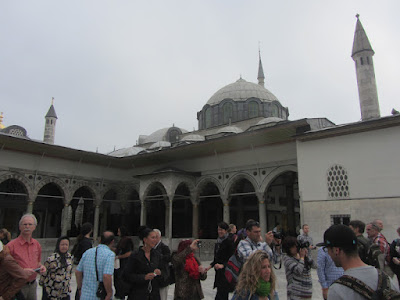 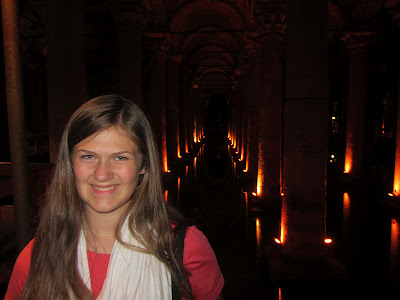 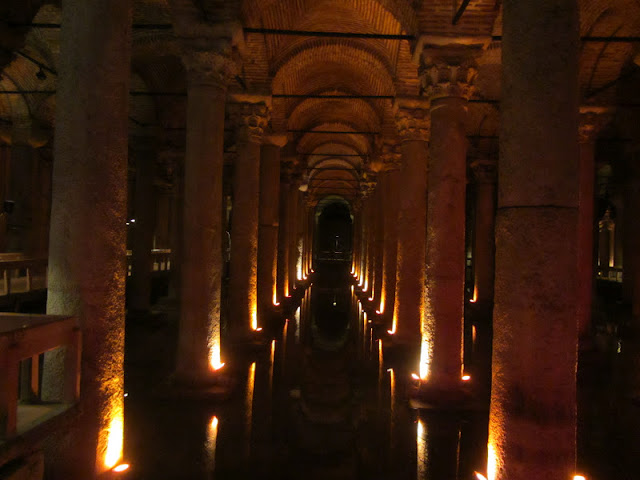 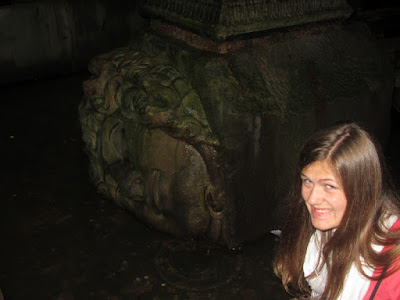 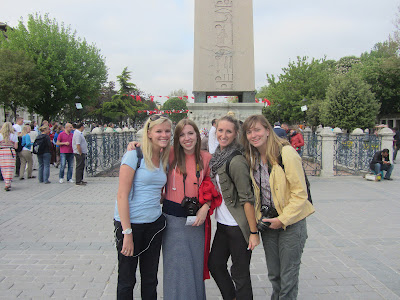 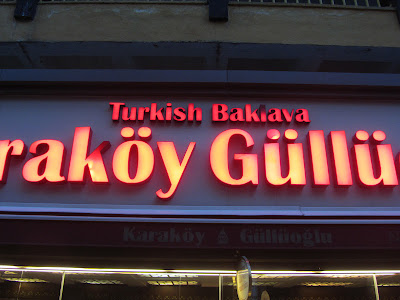