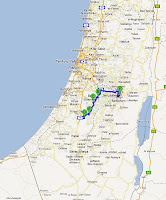 On Monday, January 30, we took our students on our Shephelah Field trip, which is a tour of the low rolling hill country between the Judean highlands and the coastal plain.  This is where many of the events of Judges, 1 Samuel, and the books of Kings took place.

Leaving Jerusalem (A), we traveled first to Bet Shemesh (B) in the Sorek Valley, which witnessed the early life of the hero Samson.  We then went to Azekah (C), which controlled the Elah Valley, where the young David confronted the Philistine champion (and "giant") Goliath.  We then went south to the fortress of Lachish (D) before heading back to the site of the fortress of Maresha (E) and then returned home. 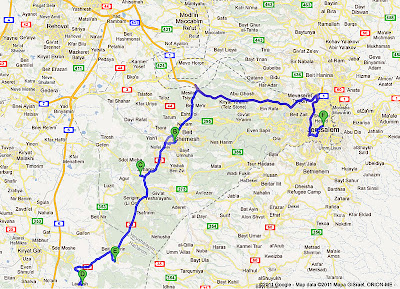 This is exactly the same itinerary that we took during the Fall Semester, so you can go to the 2011 "Shephelah Field Trip: Samson, David and Goliath, and Fortresses" post to read more detailed descriptions of each site and its history.  The only real difference this time was that rain and mud kept us from going down to the Elah Valley after Azekah to reenact the David and Goliath slinging experience.   One thing that will look really different in this set of pictures and videos, however, is the landscape.  I have only been to Israel in the months of May, August, or early fall before, so being here now during the "winter" has been an eye-opener.  This is this land's rainy season, and the hillsides and country generally that are usually brown, dry, and rocky is now covered with a carpet of green and wildflowers are beginning to bloom everywhere.  It is truly beautiful! 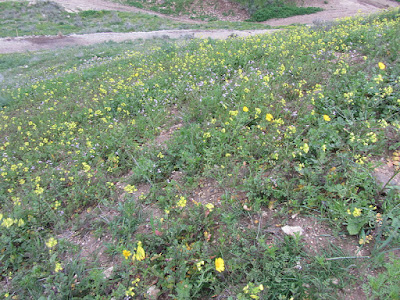 After the highlights video, I am posting pictures and a couple of video clips from some readers theater we did on the stories of Samson and David this trip.

Bet Shemesh and the Samson Saga
Once again, go to last semester's post to read more about this site.  After Jared Ludlow described the geography of the site, I took the students through passages in Judges 13-16 and we sang "Choose the Right," which Brother Samson did not always do!

Several of my students participated in a bit of "readers' theater," telling the story of Manoah and his wife, the parents of Samson, and then, of course, the story of Samson and Delilah! 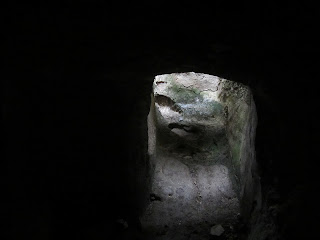 Azekah, the Elah Valley, and David
Once again, Jared oriented the students on this site and told much of its later history, including sieges later by the Assyrians and Babylonians.  I went to the earlier history, using it as a lookout point to view the Valley of Elah, where Saul and the Israelites confronted the Philistines.  This is, of course, where David slew Goliath. 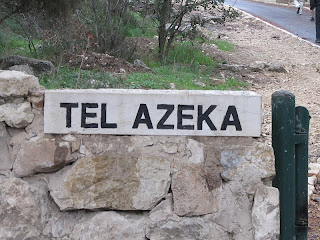 Our readers' theater here included the story of Saul and David and then David and Goliath.  Not sure why David is British in one and Scottish in the other!  David's choice to serve the living God led us to sing "Who's on the Lord's Side, Who?"


I promised my students that we would make up the experience of using our slings to cast stones later---on a dry day!---in the Tsurim Valley below the Center.

Lakhish
As I wrote last time, Lakhish (biblical Lachish) was a vital fortress and once the second most important city in Judah.  It was particularly striking in its winter green. 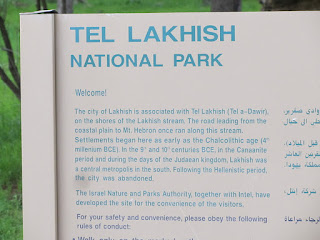 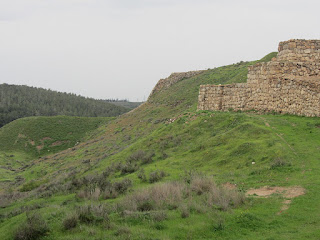 Despite the strength of the site and the impressiveness of its fortifications, Lakhish was taken by both the Assyrians and the Babylonians in horrible sieges.  This led us to sing "A Mighty Fortress Is Our God," since only relying on the Lord can truly save us and keep us safe.

Mareshah
The Israelite fortress of Mareshah or Bet Guvrin controlled the Guvrin Valley in the Shephelah.  Later, in the Hellenistic period, a large city was built below the hill and called Marisa.  Later, in the Roman and Byzantine periods, it was the city of Eleutheropolis.  We spent most of our time in Hellenistic Marisa, much of which, surprisingly, consisted of underground caves dug out of the soft limestone. 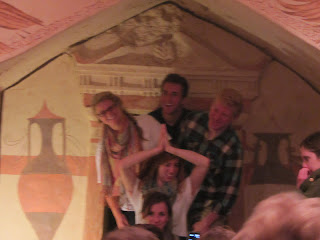 Before we left Marisa, we visited the Bell Caves, which were commercial quarries to extract lime to use in plaster.  They are huge and have great acoustics, so we did a lot of singing in one of them. 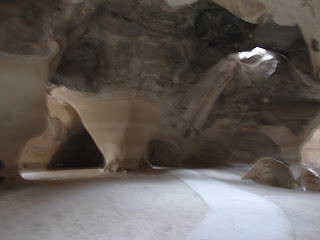 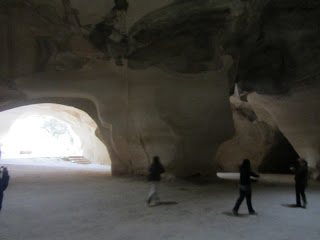 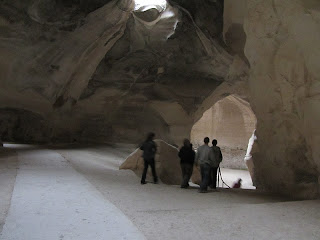