Jericho and the Judean Wilderness (W12) 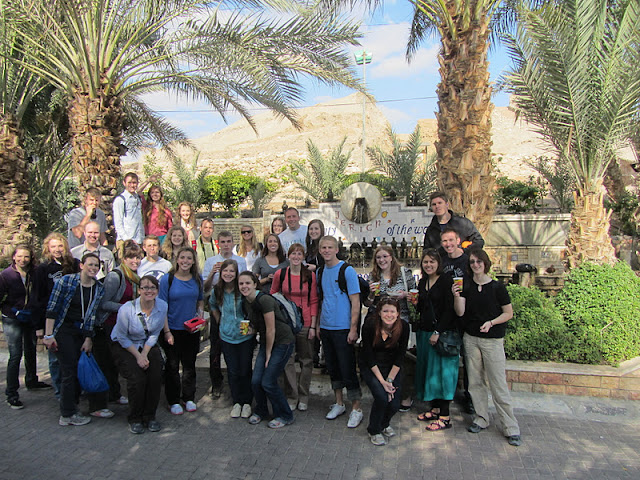 Today we took our Winter 2012 students down to Jericho, where we saw Herod's winter palace, the so-called "Zachaeus Tree," the tell containing the remains of Jericho from the Neolithic Period through the Iron Age, and "Elisha's Spring."  We then took the students up to Wadi Qelt near St. George's monastery to get a feel for what the Judean Wilderness was like and to have our devotional about Jesus' forty days in the wilderness.  Here is a "highlights video" so you can see quick clips of this new group at these sites.

I have blogged about these sites before here, here, and here.  As a result, I will not give a lot of additional background, except to mention what we sang, felt, and experienced at these sites and post a set of pictures so that the family and friends of this next group might be able to catch a glimpse or two of "their" students. 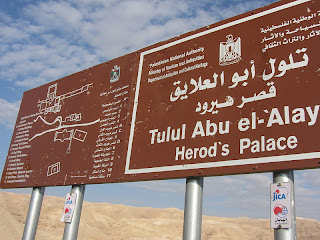 After talking a bit of the general history and economic importance of Jericho and the region about it, I told the students more about the history of Herod the Great and the winter palace that he built here.  After talking about his supposedly vicious acts perpetrated here, we noted how this great builder, like so many "great" figures in history, did not leave many lasting monuments: this palace lies in ruins.  This of course gave us a chance to sing one of my favorites, "God of Our Fathers, Known of Old" (hymn 80), with its great lyrics by Rudyard Kipling that illustrate the transitory nature of our earthly achievements. 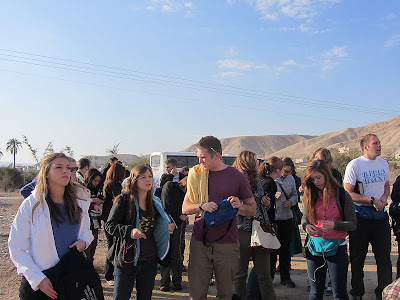 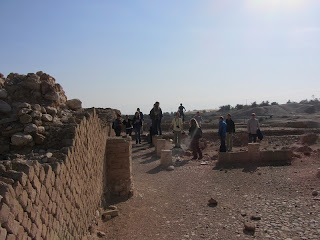 Driving through Jericho, the bus stopped for a few moments by an ancient sycamore tree.  It is certainly not old enough to be the tree that Zachaeus climbed to catch a glimpse of Jesus, but it is on more-or-less the right route, a thoroughfare through the city.  While looking at it, we read Luke 19:1-10. 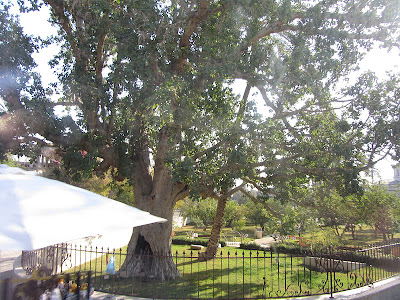 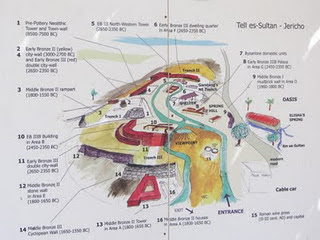 While I will not give a history of Tel es-Sultan, the archaeological mound containing the remnants of this "oldest [known] city" on earth, I will repost this diagram of the tell, as well as this link to its Wikipedia article. Jared Ludlow (a.k.a., J-Rowdy) did his usual thorough job leading the students through the archaeology of the site, and it fell to me to talk about various Old Testament passages that referred to it.  I then did something that I have wanted to do but have not had the chance to do before: we actually sang "Joshua Fit the Battle of Jericho" standing right there on the tell!  It was only partly successful: I had printed the lyrics and the students sang with good spirits, but since I am only used to singing the baritone part with the Tab Choir, I failed them a few times on the melody part of one of the verses! 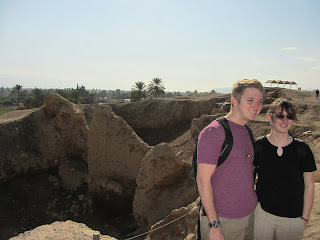 We then made a quick stop at Elisha's Spring.  One of the reasons that Jericho has been inhabited for so long is because of its continuously flowing, ample spring.  In fact, the only recorded time when the spring "went bad" is found in 2 Kings 2:19-22, when the prophet Elisha healed the waters.  Most of the spring is not diverted through the water works of modern Jericho, but a token amount still flows, and our students sampled drinking from it and wading in its waters. 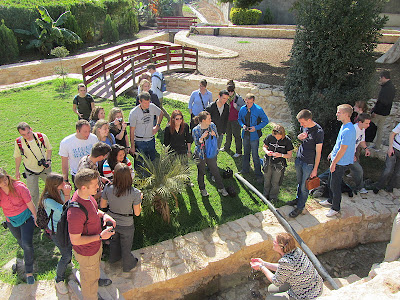 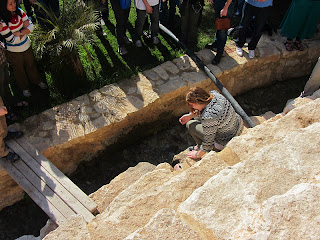 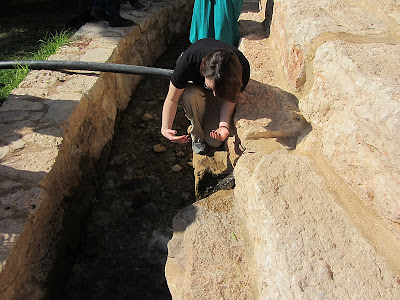 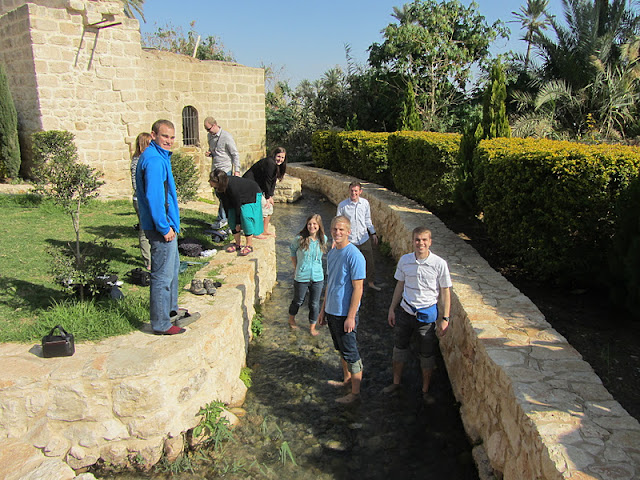 We then drove about one third of the way back to Jerusalem, pulling a ways off the highway and taking the access road to the gate that leads to the path down to the Monastery of St. George in the Wadi Kelt.  The wadi leads from near Jerusalem down to Jericho and to the Jordan River through a deep valley.  Our purpose of coming there, however, was not to see monastery or the wadi per se.  Rather we talked from that point up and along the ridge for about half a kilometer, giving the students a feel for what the barren Judean Wilderness is like (though in the winter rainy season, we actually saw signs of a fair amount of sprouting green here and there). 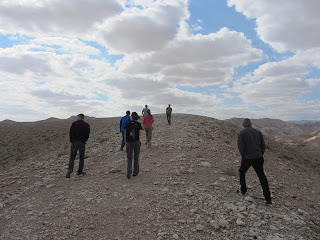 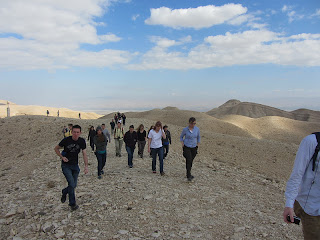 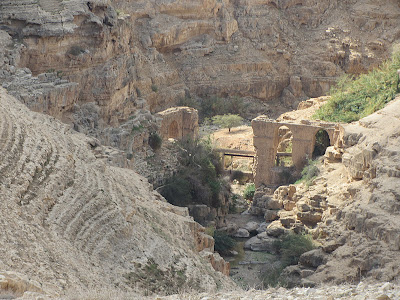 Stopping at one point, we read the story of the Temptation from Matthew 4:1-11, after which we talked about our own "wildernesses" and how we must also use them as opportunities to "be with God" even as Jesus did.  After singing "To Nephi Seer of Olden Time (hymn 274, because of its reference to holding to the iron rod and that story's allusions to traveling through "a lone and dreary wilderness), I gave the students 10 minutes to sit quietly, reflecting, thinking, or praying.  The silence was so heavy that it was tangible, palpable, giving us a feeling for why Jesus, and later thousands of monks, sought the solitude of this very place.